What was the First World War?

The alliances of the First World War

Events leading to World War I

Cost in lives of the First World War

Causes of the First World War

Fronts of the First World War

Revolutions of the First World War

Colonies in World War I

We explain what the First World War was, the causes and consequences of this conflict and what its characteristics are.


What was the First World War?

World War I, also known as the Great War, was an armed conflict that involved almost every country in Europe , as well as several in Asia , Africa , and even the Americas , in four years of merciless warfare (1914-1918) .

It is the fifth most costly war in history in lives , and it was extremely transcendental in the world political order, to the extent that it brought about important revolutions in various participating nations, and allowed the rise of new world powers.

The fighting forces were distinguished in two opposing multiple alliances: the Triple Alliance and the Triple Entente , of which several of the great empires of the time took part. However, throughout the conflict, adherence to one or the other side would change, as the 70 million military personnel from the different countries involved were mobilized to fight in the largest and most destructive armed conflict known at the time.

Next, and as a summary of the First World War, we present its most important characteristics.

The alliances of the First World War 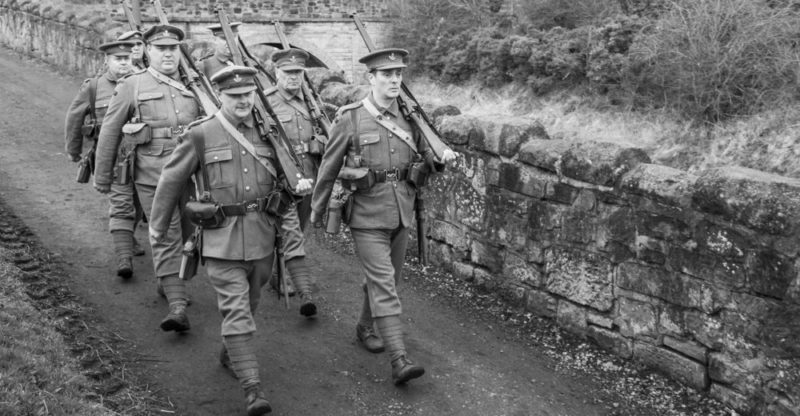 The Triple Entente was made up of the United Kingdom, France, and the Russian Empire.

The opposing powers were grouped into two sides that were integrated as follows:

Events leading to World War I

The Great War took place from 1914 to 1918. Its starting point is considered to be the assassination of Archduke Franz Ferdinand of Austria , heir to the throne of the Empire, by a young Serbian nationalist in Sarajevo. This triggered a diplomatic conflict that very quickly turned to armed conflict, as Austria-Hungary advanced on the Kingdom of Serbia and numerous previous alliances were successively invoked.

Cost in lives of the First World War 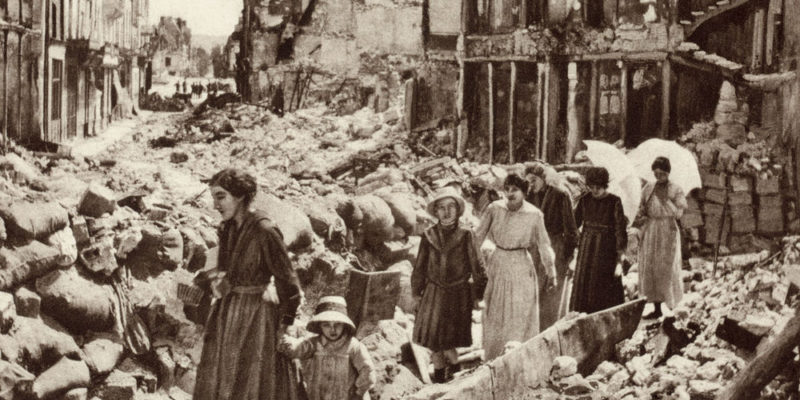 It is estimated that some nine million military combatants lost their lives throughout the four years of conflict, as well as seven million civilian citizens .

Causes of the First World War

The causes of this conflict are directly related to the distribution of the world by European imperialism , whose colonization of Africa and Asia provided the conditions for rapid economic and industrial development, but uneven among themselves. While England and France monopolized industrial development, other powers resented and revived the grudges of past conflicts.

If to this is added the rise of European nationalism during the 19th century, the growth of arms investment during the previous years and the system of alliances that governed relations between the various blocs of countries , it is understood that imperialist Europe operated as a time bomb.

Fronts of the First World War 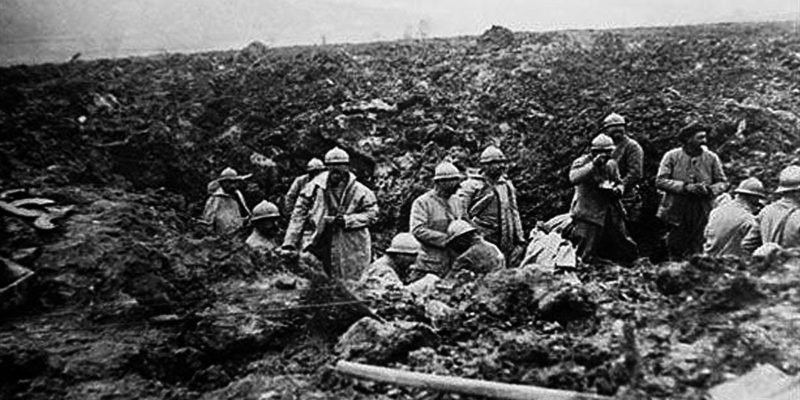 The Western Front would pit France and Britain against Germany. 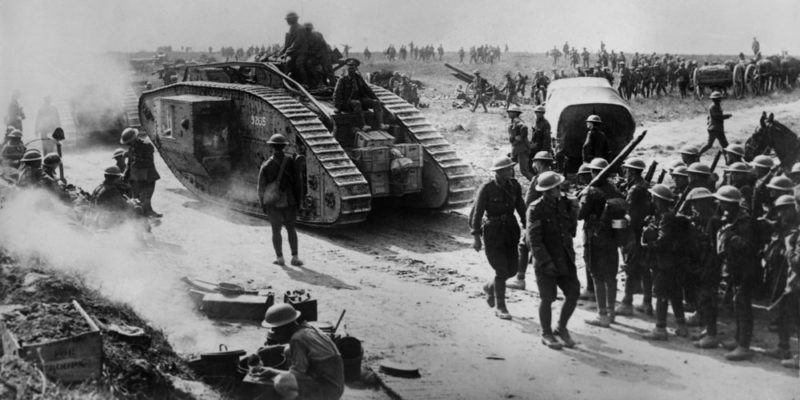 The tank was one of the inventions used in the First World War.

The Great War was the scene for the use of two important military technologies : the tank and toxic or poisonous gases . In conflicts characterized above all by large contingents of infantry, the bombardment with chemical substances was lethal and left numerous sequels among the survivors.

Revolutions of the First World War 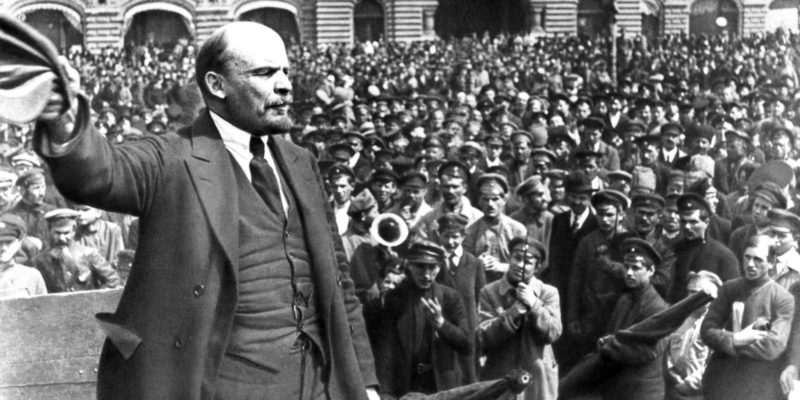 The Russian Empire fell in 1917 as the Bolshevik Revolution was taking place.

During this conflict, a series of revolutions or political changes took place in many of the belligerent countries, as was the case with: 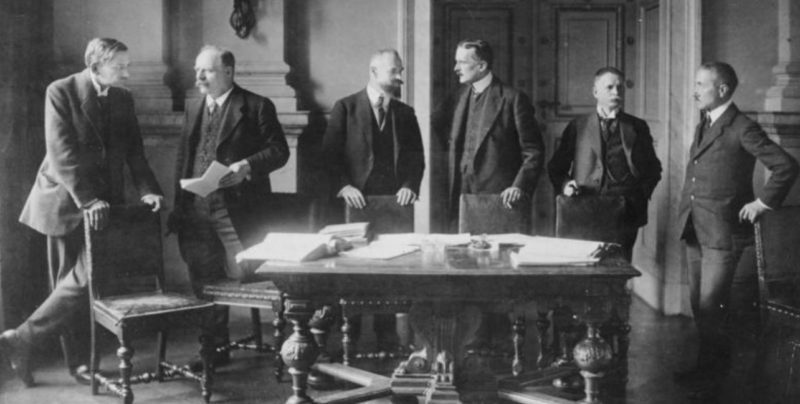 The terms of the Treaty of Versailles would cultivate Nazism a decade later.

The treaty that ended the Great War was the “Treaty of Versailles”, signed in France in 1919 by more than 50 countries . In it, the defeated were subjected to strict conditions of military and political supervision, prohibition of a national army, withdrawal from their African colonies and numerous debts to pay. The harshness of these conditions and the humiliation felt by the Germans would be the breeding ground for the rise of Nazism a decade later. 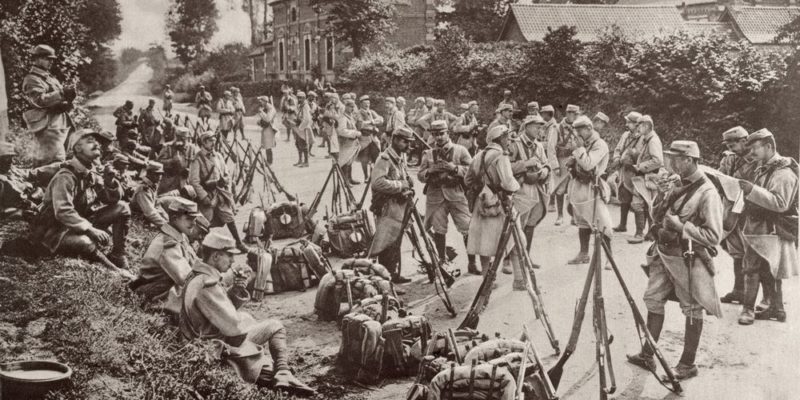 On Christmas Eve 1914, the German and French sides agreed to celebrate Christmas.

A famous episode of the Great War took place during the trench warfare of 1914, when soldiers from the German and French sides, facing each other on Christmas Eve, fraternized and agreed to a ceasefire to celebrate Christmas .

Colonies in World War I

The Great War was famous for having forced the participation of European colonies in Africa and Asia, so that in many cases the war saw the presence of Indian , Canadian, Australian and New Zealand soldiers in the British army, as well as Africans in the British armies. Belgian and French.