We explain what the speech apparatus is, its component organs and their functions. Also, what are its characteristics and types of voice.

What is the speech apparatus?

The speech apparatus or vocal apparatus is known as the set of organs of the human body (and of other higher animals ) that allow the emission of articulated sound . In addition, in the exclusive case of the human being, it allows the physical composition of speech .

The organs involved in the speech system, with the exception of the vocal cords, originally serve other functions as part of the respiratory or digestive system . Evolutionarily, they adapted to the emission of sounds later, as other social activities, such as communication, became necessary .

Without the speech apparatus we could not generate articulate sounds . Therefore, much of human communication as we understand it would be impossible.

Organs that make up the speech apparatus

The speech apparatus is made up of organs and ducts belonging to two systems:

In addition, it uses specific organs of phonation such as the vocal cords.

Parts that make up the speech apparatus

The human speech apparatus is divided into two parts or subsystems:

Illustration of the speech apparatus 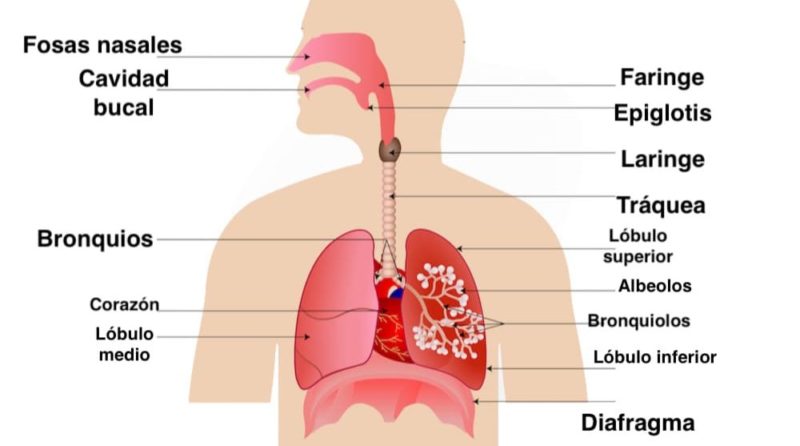 How does the speech apparatus work?

The speech apparatus operates on the basis of different stages:

Function of the speech apparatus

The elementary function of the speech apparatus is to produce sounds , which can also be articulated and transformed into a spoken chain, that is, into words, screams, screams, etc.

Evolution of the speech apparatus

The ability to generate sounds such as roaring or barking belongs to all mammals alike . However, the ability to articulate these sounds and make a language of them is unique to the human being.

This differentiation was thanks to the gradual change of various organs. For example, the lower larynx allows a greater resonance space in the mouth and thus it is possible to produce a greater complexity of sound.

On the other hand, there was also an evolution at the level of the nervous system . Our brain is not only capable of recognizing and learning languages , but it also manages the speaking organs to produce the desired sounds.

Displacement of the larynx occurs in humans after the end of breastfeeding, unlike other primate species. Therefore, we are unable to drink and breathe at the same time , as we run the risk of drowning.

However, it is known that extinct species of the human genus, such as Homo neanderthalensis or Homo rudolfensis , lacking this lower larynx, were unable to pronounce certain vowels (such as a , i or u ).

The verbal language is composed of two types of sounds produced by the vocal apparatus, the fundamental difference is that in one case the vocal cords vibrate (sound sounds) and others not (sounds deaf) . Thus, for example, the sound of vowels is voiced ( a , e , i , o , u ), while that of some consonants is deaf ( k , s , r , f ).

There are several types of voice , determined congenitally , since the configuration of the vocal cords is as personal as the fingerprint of our fingers. Thus, six types of voice are recognized, three feminine and three masculine:

Why is the speech apparatus important?

The speech apparatus is essential for the emission of articulated sounds and therefore for verbal language. This is one of the basic capabilities of our species that distinguishes us from animals.

However, animals also have a speech apparatus. For example, a dog is capable of barking, even barking in different ways depending on the occasion. In other words, it is also essential for animals to communicate , albeit in a rudimentary way.

What distinguishes us from them is the ability to acquire a language and train our own body to reproduce a series of specific sounds . For this we have not only a particular complexity of our speech apparatus but also a brain capable of understanding and creating signs.

Diseases that affect you

Diseases of the voice apparatus can have different causes:

In some cases of accidents, brutal infections or surgical interventions, the voice can be permanently affected . Even permanent damage to the vocal cords can be done, producing partial or total mutism.