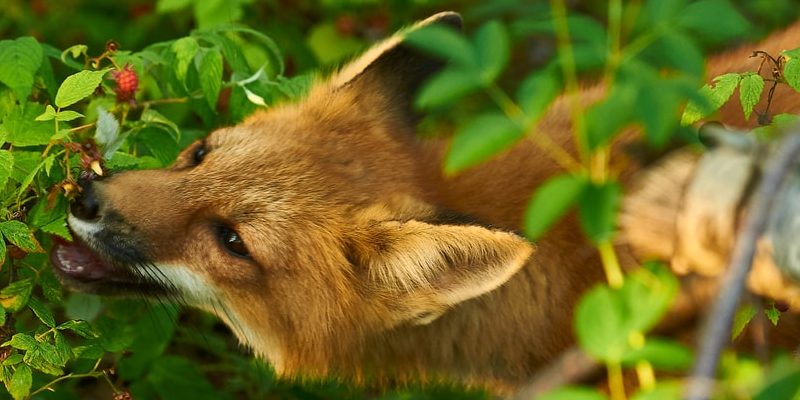 What is a Fox?

The fox in culture

We explain what the fox is, what it feeds on and what the habitat where it lives is like. Also, what are its characteristics and its classification.

What is a Fox?

About ten species of quadrupedal mammals of the canidae family are known as foxes, vixens or foxes , in appearance similar to a medium-sized dog with pointed ears, a long and thin snout, and a hairy tail and body. This group of animals is also called vulpines ( Vulpini ).

Foxes are very different from dogs, wolves , and other members of the canid family: their habits are generally nocturnal and solitary (unlike dogs that tend to pack), and they communicate not by barking, but by through body postures and tail movements, or through highly characteristic howls and screeches.

These are animals little given to domestication , although some species have been used to protect agricultural farms from their natural pests. Paradoxically, this has made the fox a species threatened with extinction in some regions of the world and a veritable plague in others, whose uncontrolled reproduction has caused multiple extinctions of local species.

The Vulpini tribe , that is, the set of canine species that are considered to be within the fox family, is made up of the genera Alopex (like the polar fox), Fennecus (like the desert fox ), Otocyon (like the long- eared fox), Urocyon (like the American fox), and Vulpes (like the red fox).

Other animals that are commonly called foxes are those belonging to the genera Atelocynus (like the bush dog) , Cerdocyon (like the crab-eating foxes), and Lycalopex (South American wild dogs). However, these animals are rather cousins of the foxes. 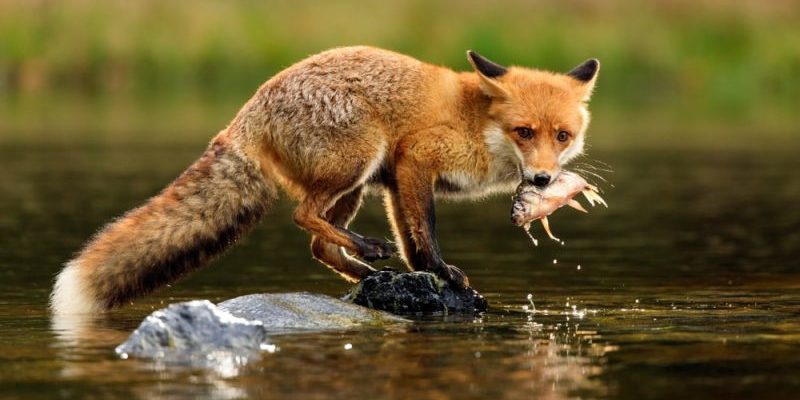 Foxes use their fine sense of smell and hearing to detect their prey.

The fox is mostly omnivorous , that is, it feeds on anything . However, its habits are those of a hunter or predator .

They use their fine sense of smell and hearing to detect small rodents , insects , scorpions , eggs, small birds , but can also feed on fruits, seeds and grains.

In conditions of proximity to humans , foxes will eat from abandoned pet food to garbage and farm birds such as chickens or pigeons. 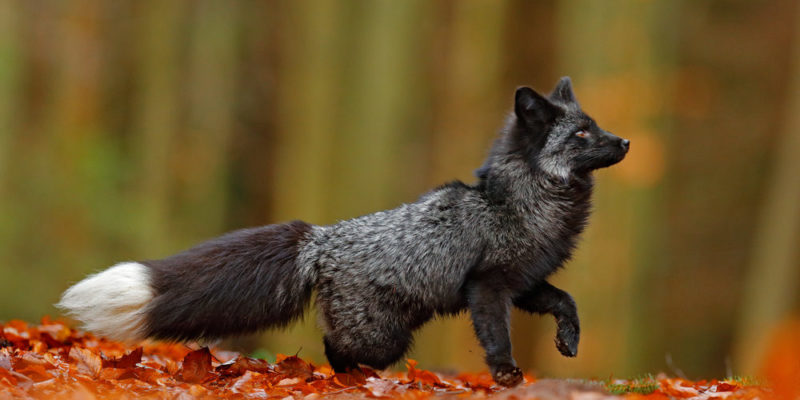 In Australia, the fox was introduced by man.

The fox is the most widely distributed animal species in the world , after the human. It is known on all continents , adapted to the specific conditions of its wild habitat.

However, the most common species prefer temperate climates such as Europe , parts of Asia and North Africa, or most of North America .

In the case of Australia, the fox was introduced by humans and spread rapidly across the continent, often damaging local ecological niches.

In the wild, most foxes can live between 5 and 7 years , having to deal with their natural predators: large birds of prey such as eagles or larger canines such as coyotes or bobcats.

In captivity, on the other hand, foxes can exceed 12 years of life , but their domestication is always difficult and risky in most cases. 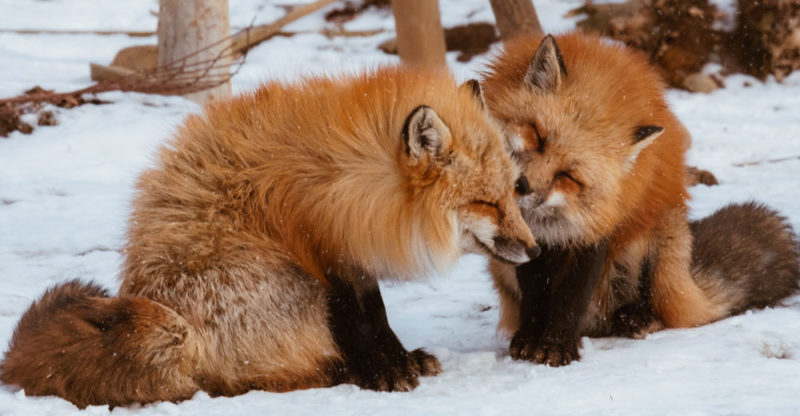 Foxes usually walk alone or in pairs, since they are monogamous.

Like all mammals , the fox reproduces sexually , during a mating season that is usually in winter. As they do not live in packs, foxes usually walk alone or in pairs, since they are monogamous.

Its gestation period lasts between seven to eight weeks, at the end of which the female gives birth to an average of 5 cubs , usually in a burrow invaded and adapted by foxes to protect themselves from the cold (since foxes do not hibernate). .

The cubs remain there for about five weeks , until they emerge with their parents in the summer, to be cared for and educated in the hunt, until in the autumn, fully adult and independent, they set out on their own path.

The fox in culture

In traditional European culture , foxes were considered deceitful animals, allied with the devil , if not his messengers. Also as a representation or symbol of the most cunning and deceitful aspects of the human being.

That is why we often see them as characters in fables and children’s stories, playing the role of a scammer , a cheat, if not a thief or a liar.

It is also the name of a fictional character created in 1919 by Johnston McCulley , who was just such a shrewd and cunning hero that he fought in California or Los Angeles against corrupt Mexican or Spanish rulers, depending on the version of the story. 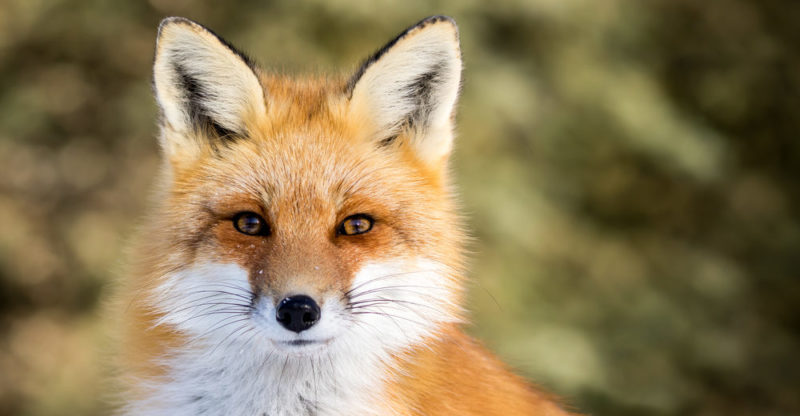 Its scientific name is Vulpes vulpes and it is the most iconic species of fox , that is, the best known and most popular. Its brown coloration gives it its name, although there are also specimens of the species with other colors, such as silver.

It is the most abundant species of fox, inhabiting almost the entire Northern Hemisphere , especially in coniferous forests, alpine tundra, mountain plateaus , or taiga. It is often found in urbanized and human-populated areas. 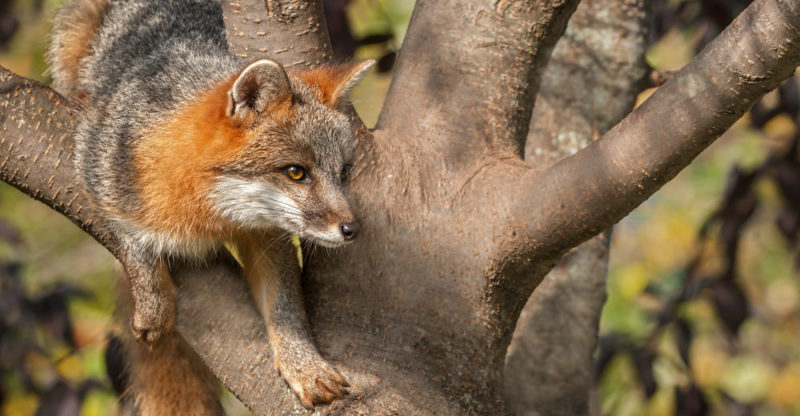 The gray fox lives on the sides of the Andean mountain range.

With the scientific name Lycalopex griseus , it is a South American species of canids very similar to European foxes , although they do not belong to the same scientific family.

Its habitat covers both sides of the Andean mountain range : Argentina and Chile ; but also Bolivia and even Uruguay since they have also been seen in the vast plains of Patagonia.

Its yellowish gray fur, with large white areas, is characteristic of the species. 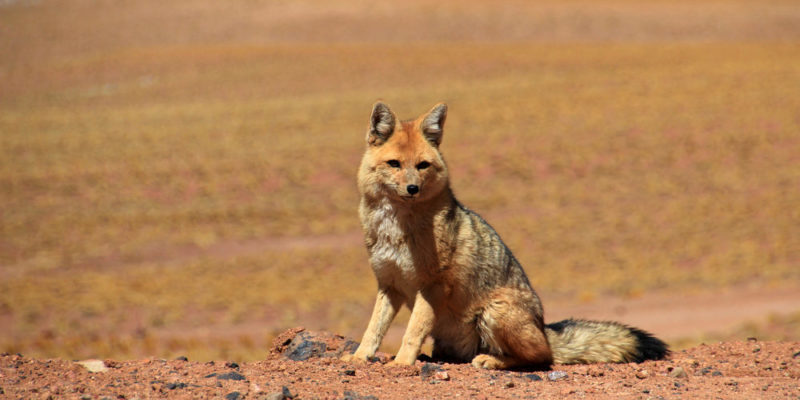 The desert fox is a formidable hunter of birds and small rodents.

Its scientific name is Vulpes zerda , and it is also known as Feneco or Desert Fox. It has an appropriate coat for the extreme aridity of its desert habitat , as well as its renal function and its blood ventilation through its large ears.

It is the smallest specimen of all the foxes and of all the canids and a formidable hunter of small birds , insects and small rodents, which it can hear even within its burrows.

Of nocturnal habits, it is a rare and solitary species , which, however, is possible to domesticate. 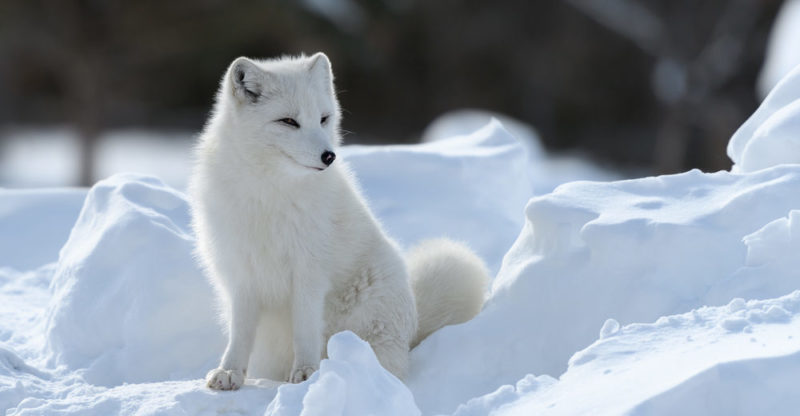 With the scientific name Alopex lagopus , it has its habitat in the cold regions of the tundra and arctic slopes and is characterized by its dense white fur that protects it from the weather (it resists even at -50 °C) and that in summer changes to a shorter greyish hair.

They are active all year round despite the winter , they do not migrate or hibernate , and they usually feed on carrion left by polar bears, small rodents or stranded and dying whales .