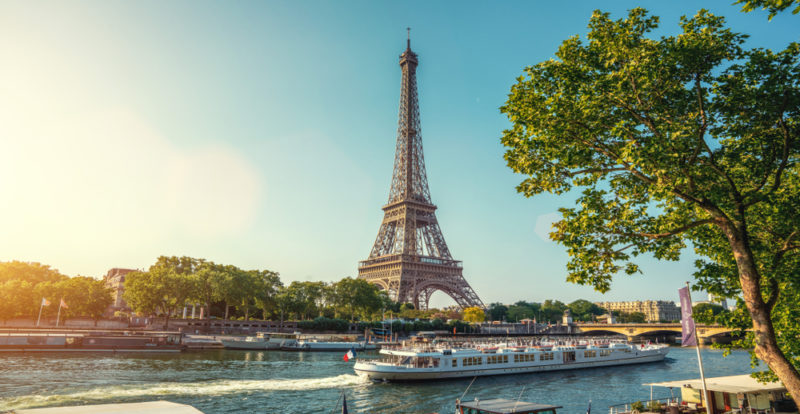 Flora and fauna of France

We explain everything about France, what the climate is like, the flora and fauna of this country. In addition, its characteristics, traditions, economy and more.

France (or the French Republic) is a sovereign country located in Western Europe and a member of the European Union . It has a total area, between islands and mainland, of 675,417 km 2 and its capital is Paris, one of the most touristic cities in the world, which is crossed by the Seine River.

It is a semi-presidential republic and one of the world’s leading economies . France stands out for its wine production, its landscapes, culture and history , which make this country one of the most visited in the world.

The mainland of France is bordered to the south by the Mediterranean Sea , Italy , and Monaco; to the southwest with the Cantabrian Sea, Andorra and Spain ; to the west with the Atlantic Ocean ; to the north with the English Channel, the North Sea, Belgium and the United Kingdom (with which it is linked by an underground tunnel through the English Channel) and to the east with Luxembourg, Switzerland and Germany . 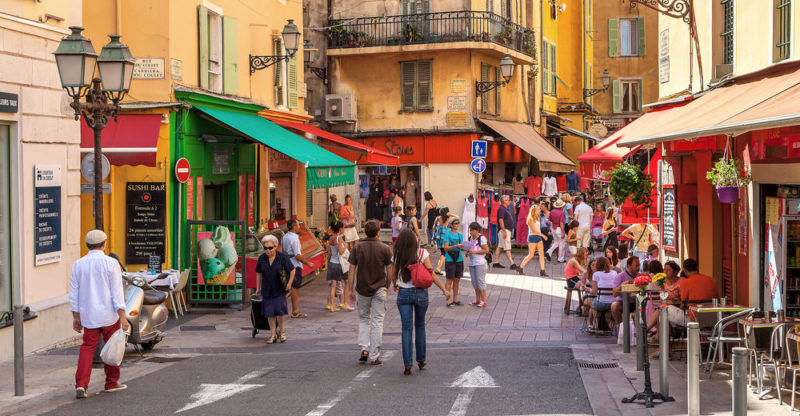 France is divided into 13 administrative regions.

As of a reform carried out in 2016, the French territory located in Europe was divided into 13 main administrative regions, which are made up of departments. These regions comprise the 22 formerly existing regions.

In addition, the French territory includes five overseas departments : Guadeloupe and Martinique (located in the Caribbean Sea), French Guiana (located in South America), Mayotte and Réunion (located in the Indian Ocean) and other collectivities.

The French regions are: 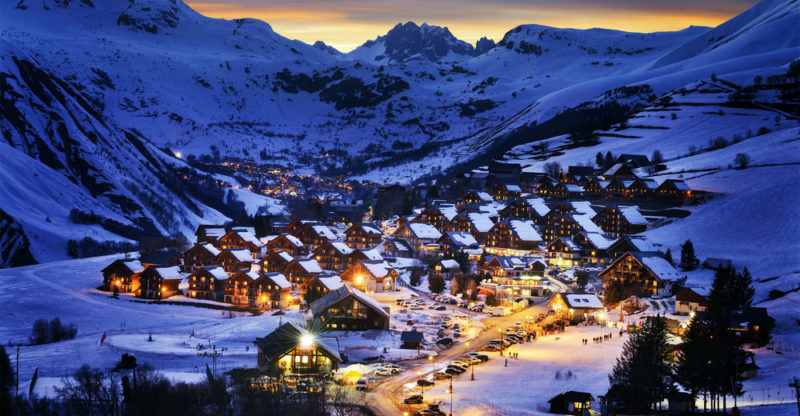 France is the largest country in Western Europe , since it has a territory of 675,417 km 2 . Its continental territory is surrounded by bodies of water , such as the Mediterranean Sea (to the south), the North Sea and the English Channel (to the north), and the Atlantic Ocean (to the west). In addition, it is crossed by rivers such as the Loire, the Seine and the Garonne.

Most of the French territory is a plain , however, it also has important massifs such as the Massif Central, which is the largest French massif and is located in the center-south of the country.

France has in its territory mountain ranges such as the Pyrenees (located between Spain and France), the Alps (in which Mont Blanc (4,808 m) is the highest peak in Western Europe) and the Vosges mountain range (in the northeast from the country). 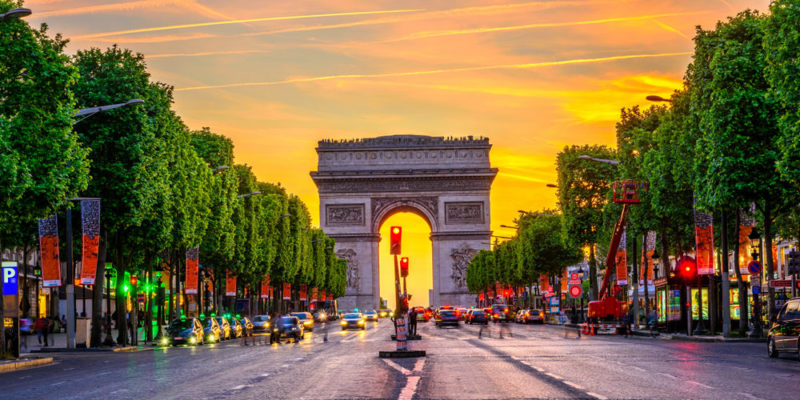 There are different types of climates in the French territory.

France is a country with a temperate and pleasant climate, although this varies according to the geographical area.

Flora and fauna of France 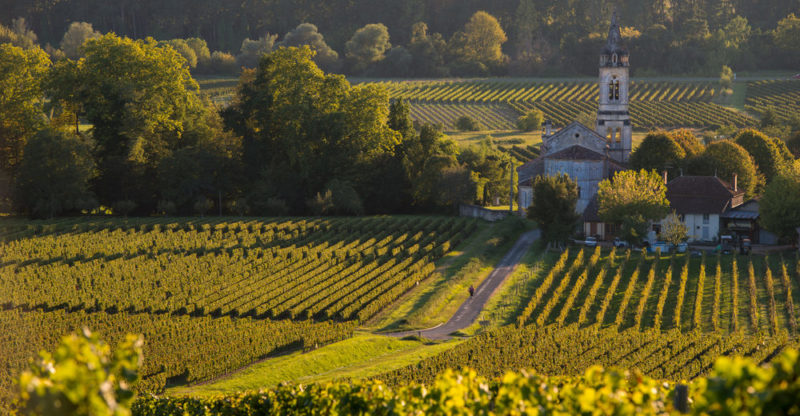 In the south of France you can see mulberry trees, vines, olive trees and laurel.

The flora of France is very varied thanks to its different climates , reliefs and soils . Plant species such as beech and chestnut can be found in the Central Massif area . In the subalpine area you can see dwarf pines and junipers.

In the northern part of the country there are oak, poplar, willow and birch forests and to the south you can find mulberry trees, vines, olive trees and laurel herbs .

As for its fauna, it is also abundant and varied: the largest mammals are deer and foxes , and in the Pyrenees and Alps you can find brown bears, alpine hares and chamois. Wild boars, deer, ferrets and martens live in the forest area.

Reptiles such as snakes and turtles can be found in the southern part of the country , and various species of fish live in the marine areas , such as cod, sardines and dolphins.

France is a country with a rich and prolific history , with intellectuals and artists who stood out in fields such as philosophy, painting and letters. Some of the main representatives of French culture are: 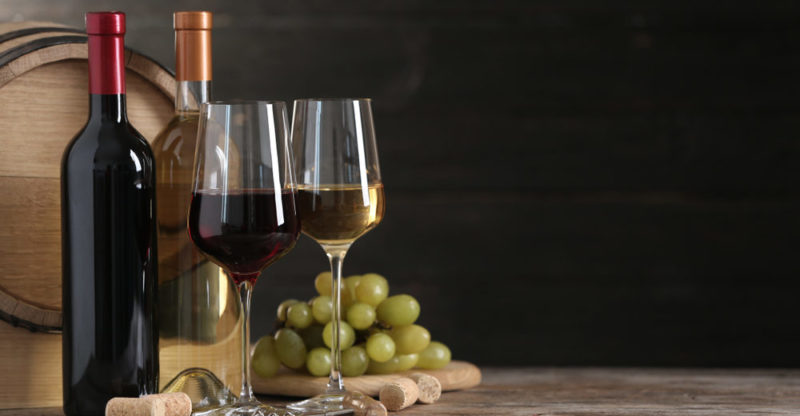 France is the world’s second largest wine producer, behind Italy.

France is one of the main economies in the world and the second in Europe , behind Germany. For this country, international trade occupies a place of great importance and exports primary products from the livestock industry and agriculture. Some of the products that France exports are: wheat, potatoes, dairy products, pork, poultry and fruits, such as apples, grapes, pears, peaches and melons.

Among its economic resources , winemaking stands out , an activity that positions France as the world’s second largest producer of wine, behind Italy.

Much of the French economy is based on the service sector and a large percentage of the workforce is employed there. France is one of the most visited countries in the world, so the hotel and tourism industry are highly developed activities and are the ones that generate the most income for the country. Within tertiary activities, items such as commerce and restaurants also stand out.

France is also one of the most industrialized countries in the world, many of the most recognized multinationals have their headquarters or offices in this country. Some of the areas in which it stands out are: the chemical, aeronautical, automotive, telecommunications, cosmetics, and pharmaceutical industries, among others.

This country is in 46th place in the ranking of the Human Development Index carried out by the United Nations Organization , which measures the life expectancy, the level of education and the GDP per capita of a nation. 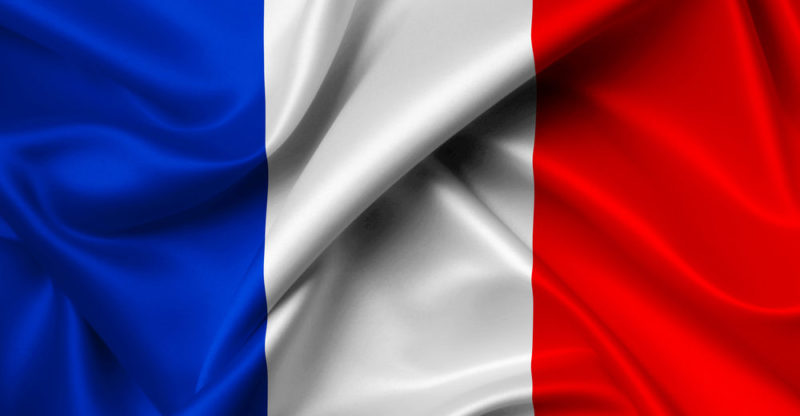 In France, it is the president who appoints the members of the government.

France has a form of government called a semi-presidential republic . The country is under the command of a president, who is the head of state and is elected by universal suffrage for a five-year term. The president is in charge of appointing the prime minister, who is head of government, and the ministers and secretaries.

The highest power within the French judiciary is held by the Court of Cassation, and other important political institutions in France are the Constitutional Council and the Council of State.

For several years, France has been among the top five most visited countries in the world . Paris, its capital, is one of the most chosen destinations by world tourism.

Tourists who come to France are attracted by its culture, its history, its cities, its landscapes and its wines and gastronomy.

Some of the most visited places in France are: