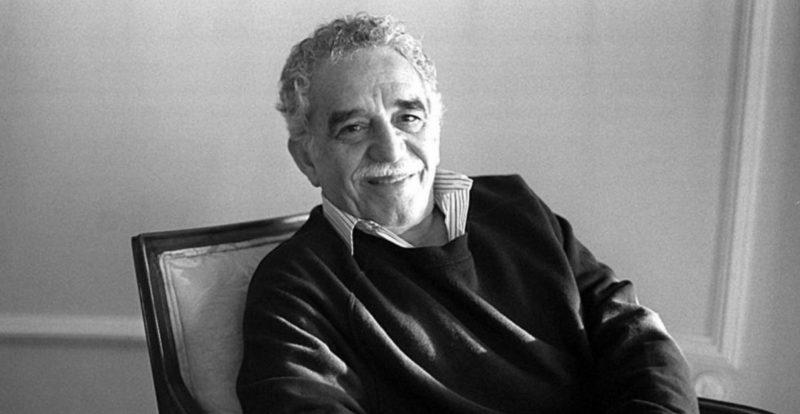 Who was Gabriel Garcia Marquez?

Literary characteristics of his work

We explain who Gabriel García Márquez was, what his career was like and his literary influences. In addition, its characteristics, works and awards.

Who was Gabriel Garcia Marquez?

Gabriel García Márquez, known as Gabo —pseudonym by which editor Eduardo Zalamea Borda, director of the newspaper El espactador , would call him —was a Colombian journalist, writer, screenwriter and editor , considered the greatest exponent of literary magical realism and one of the most famous writers in the country.

His work is among the best known on the Latin American continent , especially his novel One Hundred Years of Solitude (1967), winner of numerous international awards, and is part of the so-called “ Latin American Boom ” , as it became known in Spain and in the world at the time. wave of Latin American writers that emerged in the 1960s and promoted by the Spanish literary agent Carmen Balcells.

García Márquez was very popular both for his literary and journalistic genius, as well as for his openly leftist political positions . His friendship with Cuban leader Fidel Castro was known and controversial inside and outside the literary world.

Gabriel José de la Concordia García Márquez was born in Aracataca , a Colombian town in the department of Magdalena, on March 6, 1927, the son of Gabriel Eligio García and Luisa Santiaga Márquez.

His upbringing was initially spent with his grandparents , until he was later able to move with his parents to Sucre, in Barranquilla, in 1929. 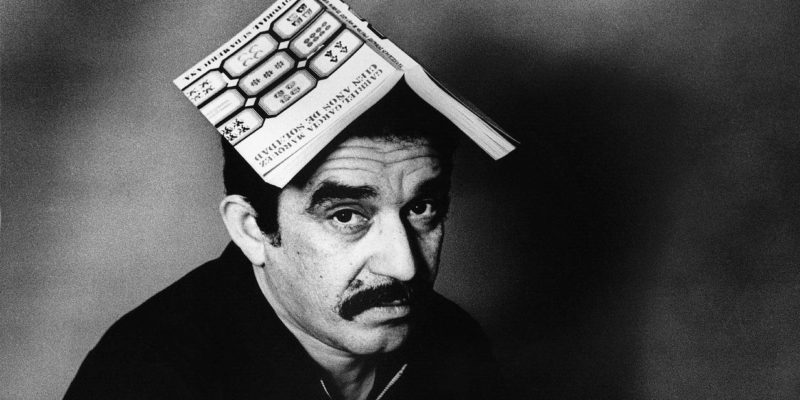 García Márquez was a shy and serious young man , little given to physical activities , who wrote humorous poems and drew comic strips in classes at the boarding school where he studied in Barranquilla.

He began law studies at the National University of Colombia in Bogotá, and in those years he published his first story: “The Third Resignation” in the newspaper El Espectador .

In March 1958, he married Mercedes Barcha , daughter of the apothecary of his town in Barranquilla, with whom he had two sons: Rodrigo and Gonzalo.

He did not finish his law degree , as the university was closed after the Bogotazo riots, so he decided to dedicate himself fully to journalism . He never finished his higher studies. 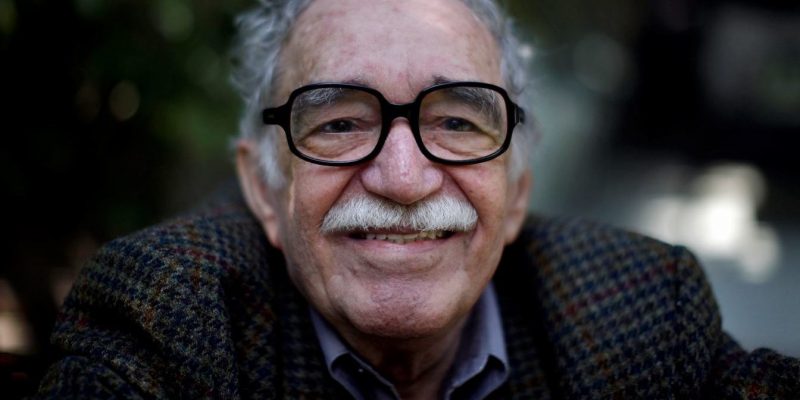 Gabo lived most of his life in Mexico City.

García Márquez began as a journalist in the newspaper El Universal , then in El Heraldo and in 1961 he settled with his wife and their first son in New York, as a correspondent for the Latin press.

However, pressure and threats from Cuban dissidents in the country and from the CIA forced him to move to Mexico City , where he lived most of his life. His links with Fidel Castro and his political positions earned him the classification of “subversive” by the US government .

García Márquez was close to the Grupo de Barranquilla, a literary gathering that operated between 1940 and the end of the 50s. There he was able to read the great Anglo-Saxon realist narrators: Ernest Hemingway, Virginia Woolf, James Joyce and especially William Faulkner , who represented a huge influence on his own work .

He was also an admirer of the tragedies of ancient Greece , such as those of Sophocles, and on more than one occasion he confessed the importance that the Colombian iconoclastic poetic movement called “stone and sky” of 1939 had for him.

Literary characteristics of his work 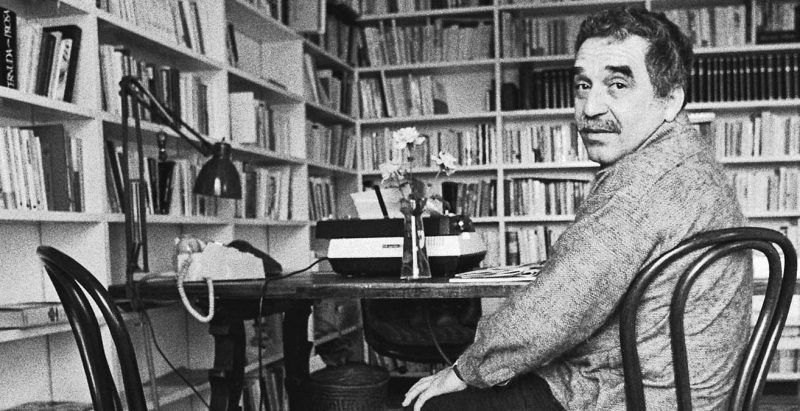 Gabo sought to reconcile his grandmother’s stories with his political concerns.

His work is mainly part of magical realism , a narrative movement characterized by the coexistence of fantastic or mythical phenomena in a realistic story and of which García Márquez is the greatest exponent together with the Guatemalan Miguel Ángel Asturias.

In the case of Gabo, his literary project sought to reconcile his grandmother’s childhood stories with his political and Latin American concerns. For that, he takes up the “marvelous real” enunciated by the Cuban Alejo Carpentier. His style generated both massive support and a gigantic audiovisual success, as well as accusations of exoticism. To everything he always answered that there was not a single line in his novels that was not inspired by reality. 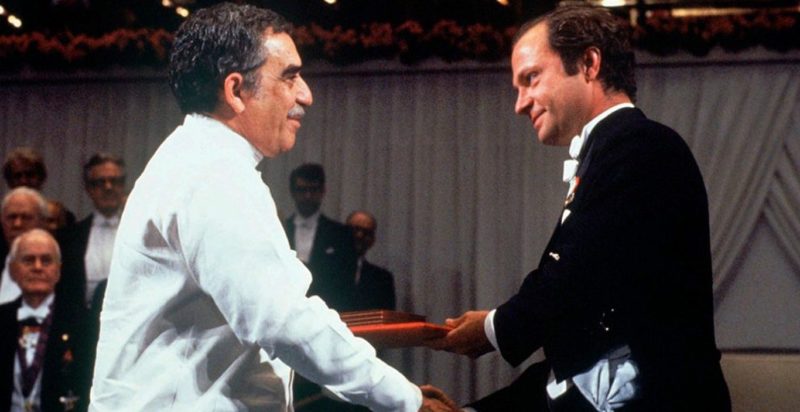 In 1982, García Márquez received the Nobel Prize for Literature.

García Márquez won numerous awards that celebrated his thought and his work, among which the following stood out: 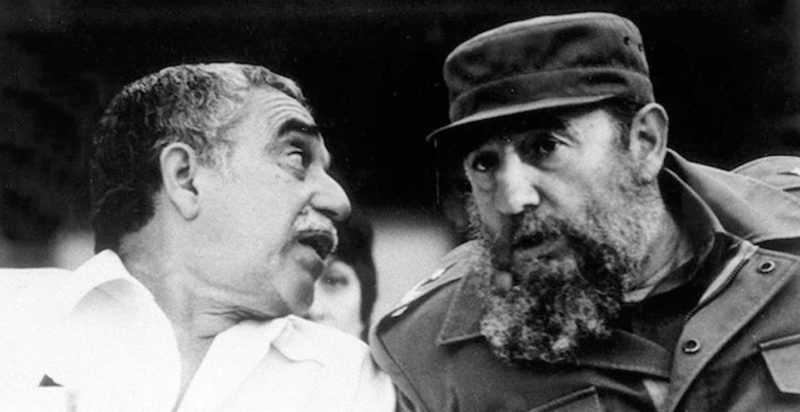 Gabo adhered to a socialist vision of the world , without being a member of any political party or assuming himself as a communist . He sympathized, like many intellectuals of the time, with the Cuban Revolution led by Fidel Castro, with whom he maintained years of friendship.

At the same time he traveled to the countries of communist Eastern Europe : Poland, Czechoslovakia, East Germany , Hungary, and the USSR , later writing chronicles expressing his disagreement with what was happening there.

The Nobel acceptance speech was titled The Solitude of Latin America and there he expresses many of his political and philosophical considerations regarding his vision of the future of the continent.

García Márquez appears as a fictional character in the novels Cartagena (2015) by Claudia Amengual, and The Song Writer . Many of his works have also been transferred to film and television fiction.

García Márquez died in Mexico City in April 2014, diagnosed with lymphatic cancer. With his death, three days of mourning were decreed in Colombia.