Gautama Buddha: Who Was He, Life, History, Philosophy And Characteristics 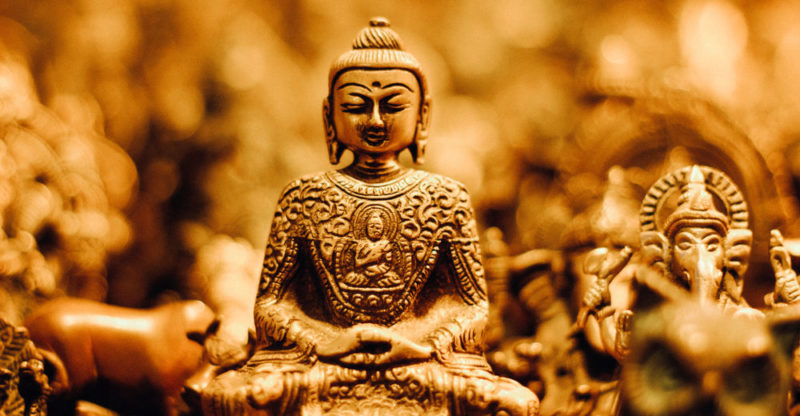 Who was Gautama Buddha?

Buddha in other religions

We explain who Buddha Siddharta Gautama was, what his life was like and awakening to enlightenment. Also, its characteristics, death and phrases.

Who was Gautama Buddha?

He is known as Gautama Buddha, Siddharta Gautama, Sakyamuni or simply as Buddha to an ascetic and sage from the northwest of ancient India . The Buddhist religion was founded on his teachings and philosophy . The dates of his birth and death are uncertain, as there are no reliable records. Much of what is known about him is inscribed in myth and tradition.

It is important to understand that the term “ Buddha ” was a common denomination for the wise and enlightened of the time. Siddharta Gautama was neither the first nor the only Buddha , although he was the most important and the supreme. Nor is it true that Buddha is the god or deity worshiped by the Buddhist religion, but rather its founding teacher.

The word Buddha comes from Sanskrit, and can be translated as “enlightened” or “awake . ” It is the title given to the first awakening of an era or yuga in Hinduism . More than a name, this word is a title, and in the case of Gautama Buddha it is attributed to Siddharta Gautama after having had the revelations that allowed him to start his mystical pilgrimage. 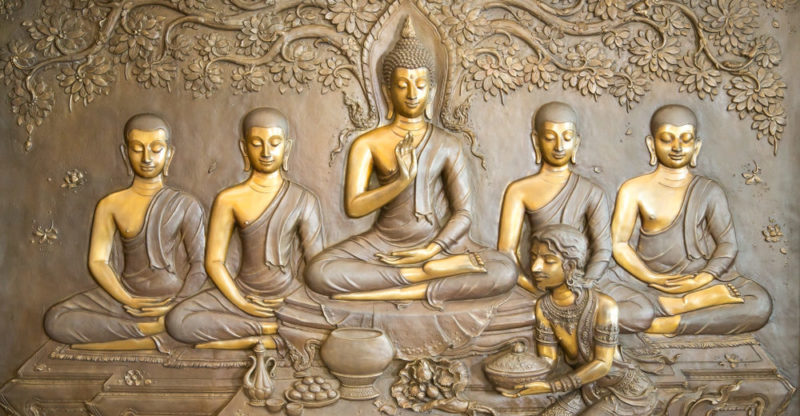 Buddha is said to have lived through numerous incarnations.

It is assumed that Siddharta Gautama was born either in Kapilavastu or in Lumbini, both in present-day Nepal , although it could also have been in Kapilesvara, Orissa, Piprahva or Uttar Pradesh in present-day India . There are numerous versions of this, so there is no clear and definitive date. It is usually estimated that he was born between 563 and 483 BC. C.

It should be noted that the ancient Hindus, given their belief in cyclical time, did not pay as much attention to chronologies as they did to philosophies . In this sense, most of the biographies of Buddha speak of him as a transcendent entity, who would have lived numerous incarnations, one of them being that of Siddharta Gautama.

Siddharta was born into a noble family and was destined from childhood to be a prince . That is why his father, King Sudodana, did everything he could to hide the sufferings of life from him, to keep him from all illness, death or pain.

At 16 Siddhartha married Yasodh?ra, his cousin , with whom he had a son, Rahula. He lived in luxury until he was 29 years old, when the “four encounters” and the “great resignation” took place. The first meeting was during a walk in which the prince managed to glimpse an old man, and by asking his coachman about it, he understood that all people grow old.

This discovery intrigued the prince, who already suspected that there was more to life than material things , and motivated him to take another three tours. Thus he came across a sick man, a decomposing corpse, and an ascetic . Following these four revelations, he left his palace and dedicated himself to a life of renunciation and asceticism.

At first, Siddhartha begged in the streets, and he endeavored to get on the path to enlightenment by practicing yoga with the anchorites. He was a student of the teacher Udaka Ramaputta, and ventured into different paths towards enlightenment.

It began with the renunciation of all material goods and the physical mortification of the body , for which he was so weak that he almost drowned once he went to wash in the river . It was there that he understood that his path was that of a middle ground between asceticism and sensual gratification. 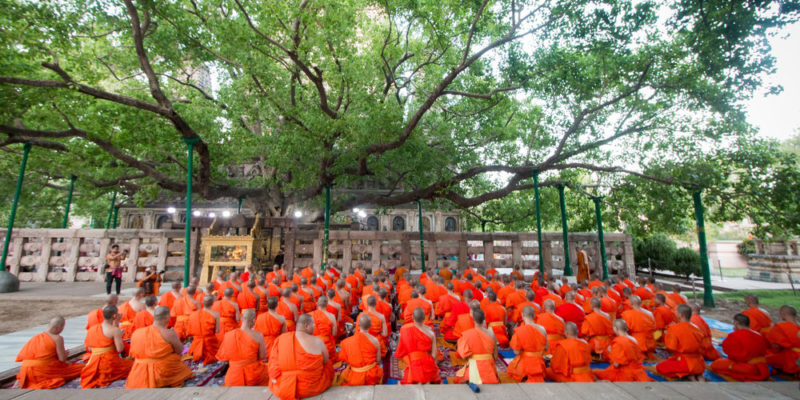 The awakening of Buddha emerged under the shadow of a sacred fig tree.

The enlightenment or awakening of Siddharta Gautama occurred at 35 years of age . By then he had discovered that his path was contemplative meditation .

While under the shade of a sacred fig tree or bodhi, in the town of Bodh Gaya, Siddharta sat down to meditate, promising not to get up until he had awakened , which took him 49 continuous days. From then on he would be known by the title of “Buddha.”

The philosophy that Gautama Buddha professed is derived from the find made under the fig tree, and can be summed up in the “Four Noble Truths”: 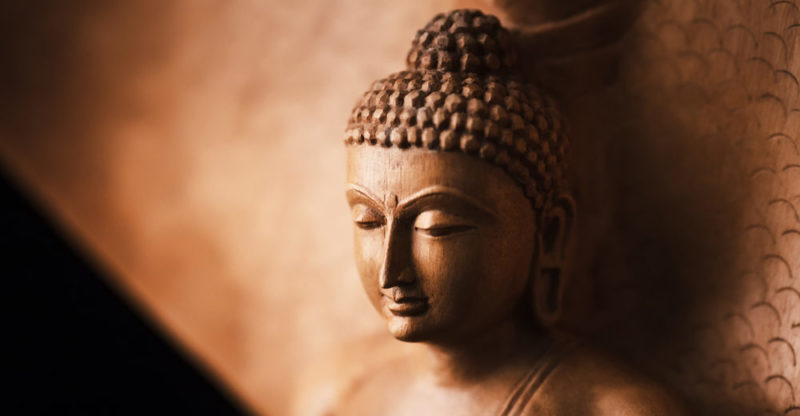 The ashes of Buddha were kept in different containers or monuments.

According to the texts written about his life, Gautama Buddha died at the age of 80 , after announcing that he would reach Paranirvana and escape the wheel of reincarnation (the one without mortality), for which he would have to renounce his mortal body. Then he fell ill and asked for one last meal, the contents of which vary according to the tradition consulted.

Before dying, his last words were: “All things a product of the will are fleeting. Let us diligently fight to get rid of them. “ After his death, his body was cremated and his ashes kept in different containers or monuments . Some of them exist today. 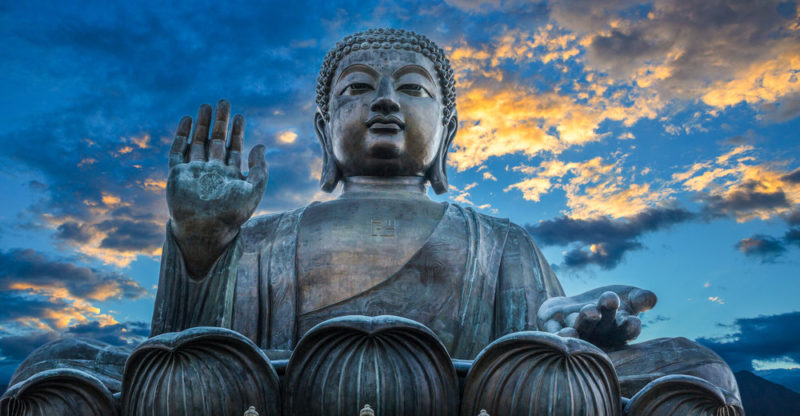 Representations of the Buddha, such as statues, statuettes, and illustrations , represent him in different positions, each with its own meaning. It is the same Gautama Buddha always, but with different names depending on their position, such as:

Buddha in other religions

Despite being the central figure of Buddhism, Gautama Buddha is not exclusive to that religion. In fact, some Hindus consider them an avatar (incarnation) of the god Vishnu .

On the other hand, the Muslims of the Ahmadiyya community consider him a prophet more like Muhammad. For the Chinese followers of early Taoism-Buddhism he was a reincarnation of Lao Tzu , and many theosophical schools have him as one of the great enlightened ones in history . 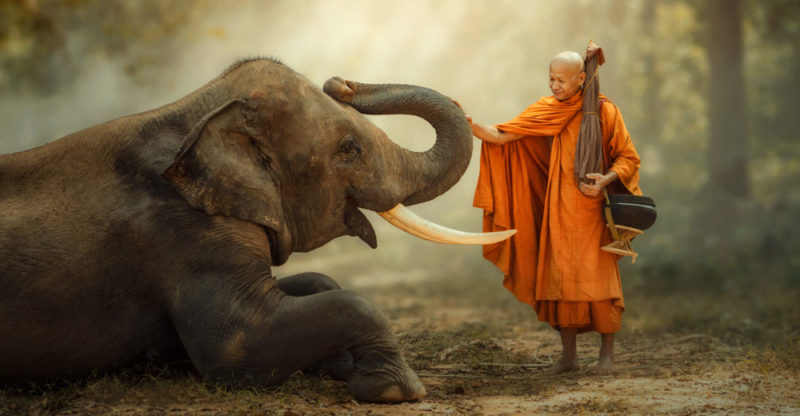 Buddhism proposes spiritual development through the contemplation of life.

Buddhism is both a religion and a non-theistic philosophical and spiritual doctrine, that is, it does not believe in the existence of a specific god or creator . It belongs to the dharmic family of beliefs from India.

In its bosom there are  a set of traditions, beliefs, rites and spiritual practices  that can vary according to the branch of Buddhism to which it refers. All of them propose the spiritual development of each individual through the deep contemplation of life and the practice of detachment, meditation and the transcendence of worldly pleasures and desires.