Genetics: What it is, What it is for, Features, Risks and Characteristics 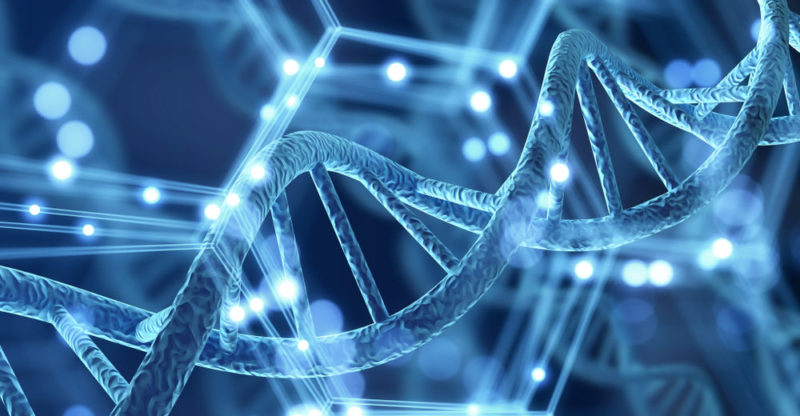 What is genetic information?

What is genetics for?

What risks does genetics present?

We explain what genetics is, what is genetic inheritance, and the human genome. In addition, its characteristics, what it is for, and risks.

Genetics is the name given to the study of biological inheritance , in general, and of its minimum units of information, genes, in particular. It is an area of study of biology and medicine. It aspires to understand and explain the transmission of certain traits or characteristics from an individual to their descendants, throughout the generations.

Genetics is a fundamental area of contemporary biological and medical studies . Its appearance forever revolutionized the idea we have of life and reproduction , contributing enormously to other scientific fields of knowledge. Those who study genetics are often known as geneticists. 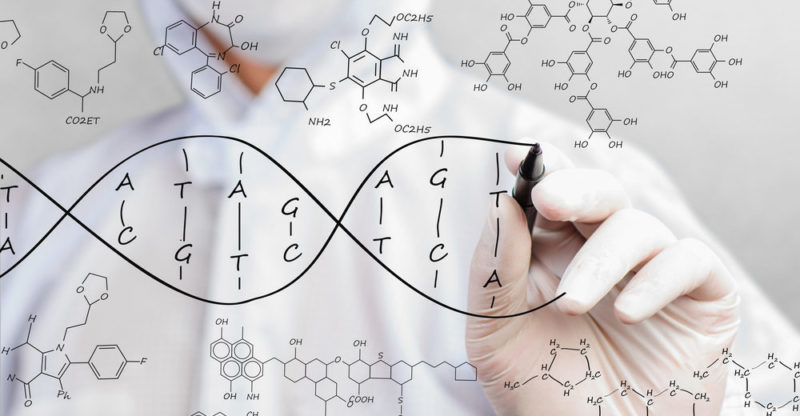 Genetics as a discipline began in the 19th century with the experimental work of Gregor Mendel.

This Augustinian monk patiently and methodically carried out the recording of the inheritance of certain physical characters in the hybridization of pea plants .

This is how he formulated the well-known Mendel’s Laws in 1866 .

At the beginning of the 20th century , Mendel was “rediscovered” and his studies were understood in greater depth. In part it was due to new work by Thomas Hunt Morgan with fruit flies ( Drosophila melanogaster ).

The combination of both investigations allowed to establish the first ideas regarding the Mendelian-chromosomal theory of inheritance. This theory was widely accepted by 1925. An important new discovery occurred in 1953: the double-helix structure of DNA.

Thus began the era of molecular genetics  that allowed us to understand how heredity works inside cells ( protein synthesis ). By discovering the ways in which humans can interfere with or modify the process, a new range of biological, medical and pharmacological possibilities has been developed.

Finally, in 1990, the Human Genome Project was founded . Its purpose is to sequence the entire human genetic code . It is based on a similar successful experience with a bacteriophage virus in 1977. However, human DNA is much more complex than that of a virus . 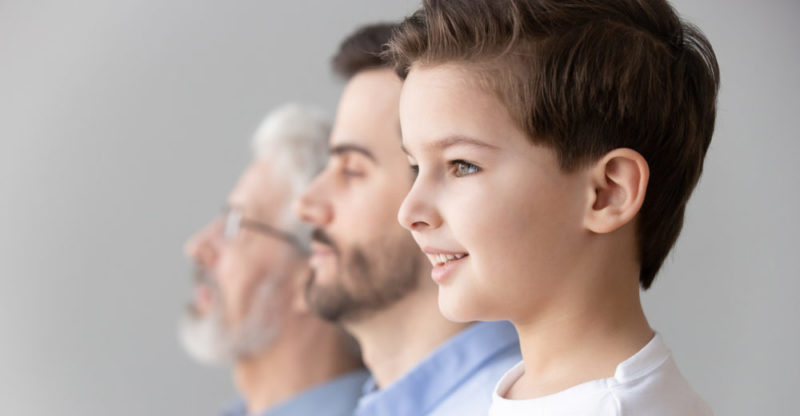 The transmission of certain physical traits is possible thanks to the existence of a genotype.

Genetic inheritance is known as the process by which living beings transmit physical, biochemical or morphological traits to their offspring . This is possible thanks to the existence of a genotype: a set of genes that contain the total genetic information of how the individual is, how it operates and how it is structured.

The way in which that genotype is manifested, that is, the characteristics of the individual, are called the phenotype . It is important to mark this difference because individuals with the same phenotype may have a different genotype.

It has been proven that specific physical traits such as hair or eye color can be traced within the individual’s genome. This raises the question about the extent to which our personality , our way of thinking or feeling, is encoded in the genes, and to what extent it has to do with our upbringing and culture .

What is genetic information?

Genetic information is the content of the genome, that is, a series of very specific instructions regarding the shape and structure of a living being. It also defines the metabolic and development dynamics that allow it to form, grow and carry out its functions as a living being.

This information is what we inherit from our parents , and that determines to what extent we resemble them. It even connects us to their ancestors, since we share certain genetic information with a long line of previous beings.

Each living being has its own and unrepeatable set of information. However, we share a high percentage of genetic information not only with the members of our family but also with all the individuals of our species.

In fact, when comparing the genetic information of many animal species , a high percentage of similarities and shared information has been observed. The specific information that makes us radically different from human beings, for example from chimpanzees, is proportionally very small. 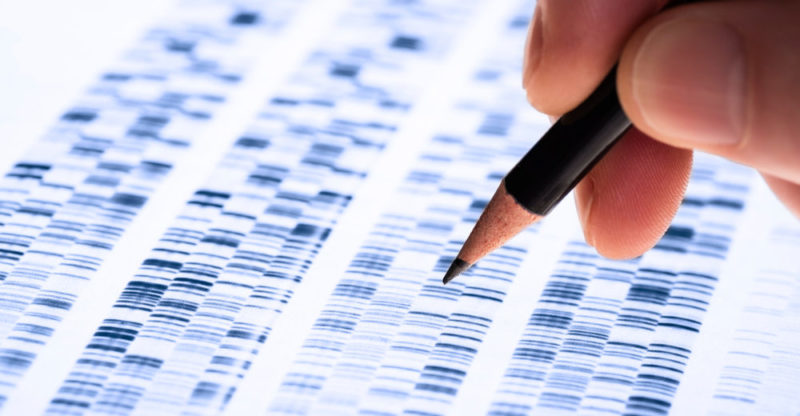 The human being has a genetic code in the form of a DNA sequence, in 23 pairs of chromosomes contained in the nucleus of each of our diploid cells. Of these chromosomes , 22 are autosomal, that is, nonsexual, and 1 pair is sex-determining (XX for women and XY for men).

It is estimated that the 28,000 genes of our genetic code express about 3,200 Mb of information . However, the function of most of these genetic units is still unknown.

This complete genome is known thanks to the Human Genome Project . It is the basis of numerous contemporary medical applications. There is today a project known as ENCODE (acronym for Encyclopedia of DNA Elements) that aims to transcribe all the information in our genome.

Genetics is not only concerned with the inner workings of an individual’s body and its eventual reproduction, but also with the genetic destiny of the species . This is because the processes of natural selection and competition between living beings favor some genes to the detriment of others.

Specifically, natural selection causes some traits to be inherited more as the species multiplies , while others are lost along the way or appear in a minority. This  unsuitable phenomenon makes its  genome less frequent or ends up disappearing.

This process responds to the pressure of environmental conditions , such as natural selection or the type of crosses between individuals that occur (too many crosses between equals impoverishes the gene pool, while a lot of variety in the cross enriches it). This process of genetic change and adaptation to the environment is what we call evolution.

What is genetics for? 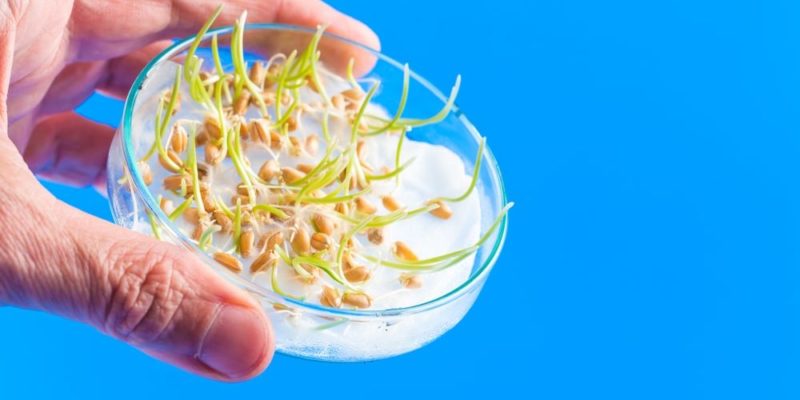 Genetics allows food to be modified to improve its quality or growth.

Genetics is an area of research full of possibilities. The possibility of knowing the specific functioning of the minimum elements of biological information will allow us to better understand the dynamics of life. Ultimately, it is hoped that they will prevent or cure diseases , and value our legacy as a species.

On the other hand, we can help endangered species recover their numbers . However, another more profitable use is to modify food to make it grow easier or, at best, make it more nutritious to deal with world hunger.

Of course, many of these possibilities are clear ethical dilemmas that science and society must address. The danger is that, by wanting to play at changing life as we please, we end up producing a catastrophe that does more harm than good to humanity. 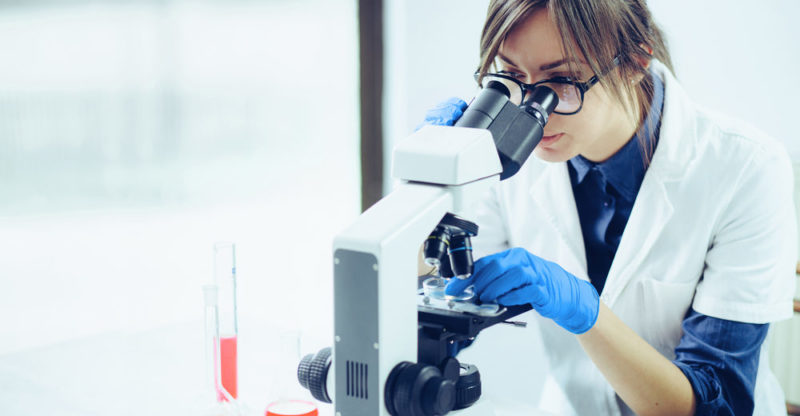 Cytogenetics is the study of chromosomal dynamics in the world of cells.

Genetics is divided into several sub-branches, among which the following stand out:

This is the name given to the deliberate modification of the genes of living species . Its objective may be to artificially favor the inheritance of certain genes over others, and thus ensure that future generations have, or not, a certain phenotype.

For example, the modification of seeds for cultivation that, once sown and developed, will give extraordinarily large fruits, or richer in certain amino acids, or resistant to certain types of parasitic infections. This is what happens with so-called transgenic foods .

What risks does genetics present? 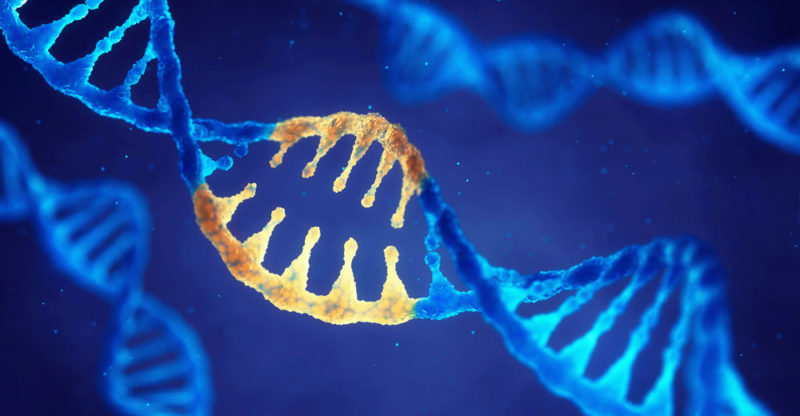 Intervention of human DNA for breeding purposes is prohibited.

The risk of genetic engineering and human meddling with the laws of heredity is high. An error or an apparently innocuous change can translate, in the long run, into unpredictable mutations that lead to the extermination of species or the impoverishment of biodiversity ,

In the case of the human being himself, it poses insoluble ethical dilemmas . Without knowing yet the complexity of the genome, unpredictable suffering can be caused for the species, since future generations would be born in light of the changes we make today in our genome.

Precisely for this reason, the intervention of human DNA for enhancement purposes is totally prohibited in numerous medical and research protocols .

The two types of genetic code that exist are DNA (DeoxyRibonucleic Acid) and RNA (RiboNucleic Acid) . Both are in higher concentration inside the nucleus of our cells, but RNA also moves through the cytoplasm .

They fulfill different functions in the transmission of genetic information and protein synthesis. DNA operates as an ideal sequence or template from which RNA is formed. This in turn transmits it to the ribosomes of the cell, thus allowing the manufacture of the proteins necessary to grow, reproduce and sustain life.