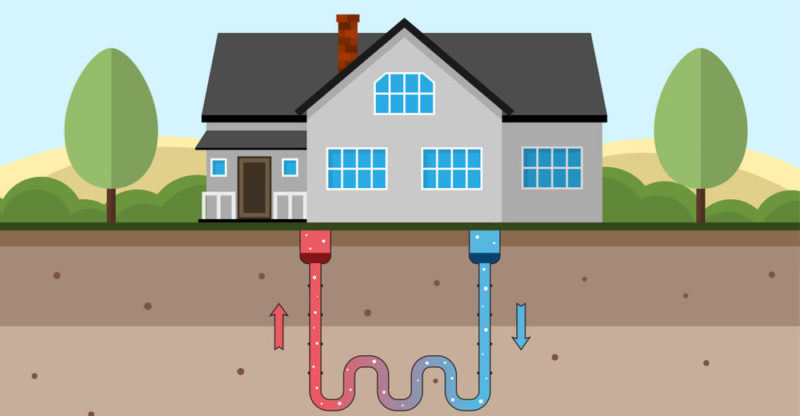 What is geothermal energy?

Why is it called that?

We explain what geothermal energy is, how it is classified and its advantages and disadvantages. Also, what are its characteristics and uses.

What is geothermal energy?

Geothermal energy is known as a type of renewable energy obtained from the use of the internal heat of the planet , which is transmitted through layers of rock and hot minerals through conduction and convection processes.

The center of the Earth is composed of molten iron at a depth of about 5000 km, whose temperatures can exceed 6700 ° C and are transmitted more or less towards the outermost layers of the earth’s surface.

From there they can be retransmitted or recovered by geothermal technology through various modes and used to provide heat or electricity to the population .

Geothermal energy is a relatively clean and renewable form of energy , although in the very long term (probably billions of years) the gradual cooling of the Earth’s core, which solidifies at a rate of 0.5 mm per year, would be a inefficient way of obtaining energy . 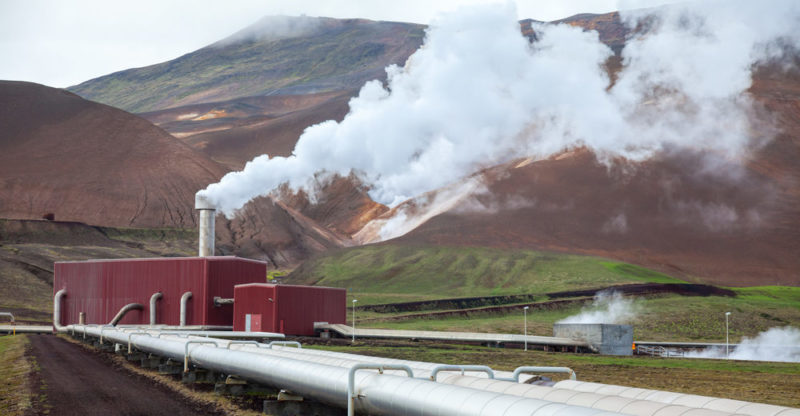 To create geothermal energy, boiling water is drawn from the ground through a pipeline.

Geothermal energy is extracted from so-called “reservoirs” under the earth’s crust. It is hot water, steam or other substances that, buried under layers of rock, are naturally at very high temperatures.

The process of extracting said hot water or steam consists of drilling until reaching the reservoir and taking the boiling substance through a pipe and injecting water again to reheat and so on.

This allows the cycle to be perpetuated and if it is done in a controlled manner, the environmental impact of the process on the soil and atmosphere can be reduced .

There are also dry deposits , which are underground areas of high temperature but without the presence of water, which can be used to create a thermal circuit from the injection of water and its subsequent recovery.

Why is it called that?

The word “geothermal” comes from the union of two Greek words: Geos , which translates as “earth” and Thermos, which means “heat” . Thus, it literally translates “the heat of the Earth.”

According to the degree of heat in the reservoir, we can talk about: 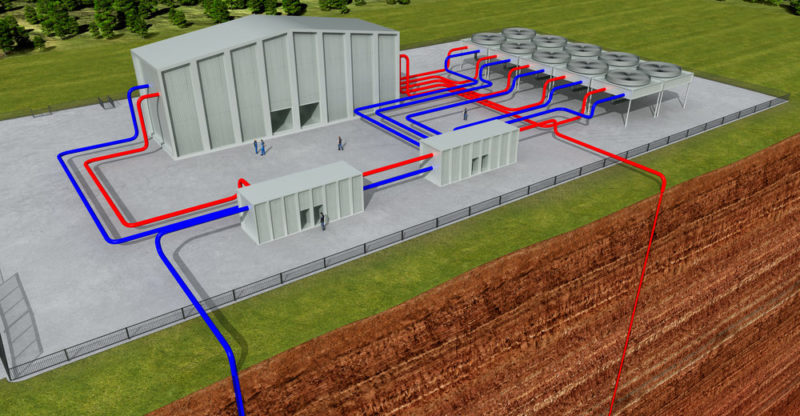 This energy is economical, economical and does not require large constructions.

The advantages of this type of energy have to do with its renewable nature , since when done correctly only the heat of the earth is used and the ecosystem is not altered so much , which also makes it relatively ecological.

Especially if we compare it with the burning of fossil fuels, which is one of the main polluting activities in the world.

On the other hand, it is thrifty, relatively inexpensive , does not require large buildings or drastic alterations in the landscape, and geothermal plants do not generate greater external noise.

On the other hand, their prices are always local, national , since they do not demand exhaustible raw material to function.

The disadvantages of geothermal energy have to do more than anything with its non-reinjected management, that is, it does not handle closed circuits for the flow of steam or hot water , since they can spill chemical substances that deteriorate the landscape, or release gases to the atmosphere.

In general, however, its biggest drawbacks have to do with the long study, preparation and installation time before its use , and also the fact that its consumption is local, that is, it is a type of energy that cannot be used. transported.

Likewise, the sudden cooling of the subsoil when it receives the injection of water from the surface has sometimes caused local microseisms. 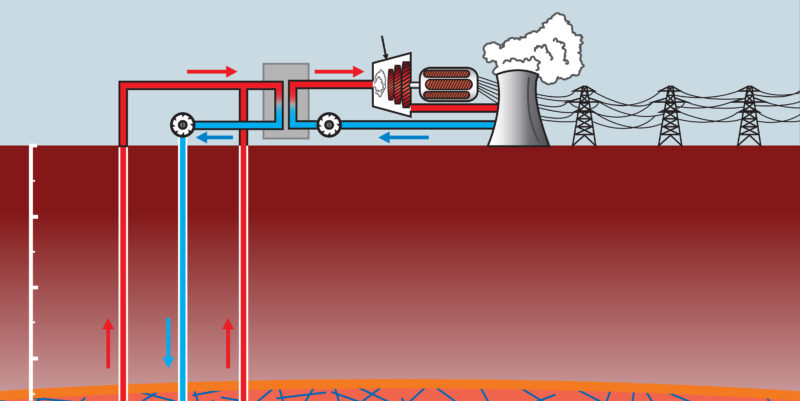 Geothermal energy can produce electricity for urban or industrial consumption.

This type of energy can be used for four main purposes:

Geothermal plants are a reliable and low-cost source of electricity , which began to be used since 1904 (the first was in Lardello, Italy ).

It is estimated that around 12.8 GW of energy is used worldwide from this source, of which the US only produces 3525 MW.

The three largest producers of geothermal electrical energy are the United States (27.5%), the Philippines (15%) and Indonesia (10.8%). 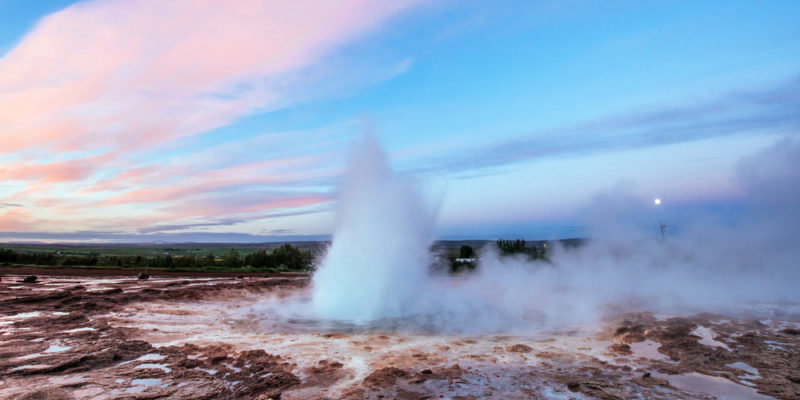 Geothermal energy may not be a 100% renewable exploitation method.

Many deposits have shown evidence of magma cooling , that is, the extinction of its energy sources. This may be due to the mismanagement of the reinsertion of cold wastewater into the reservoirs, or perhaps, as the Icelandic government warned in a report , this method of exploitation may not be 100% renewable.

Heat pumps are devices used to redirect heat from geothermal reservoirs to buildings and homes, allowing us to take advantage of the temperature of the subsoil to heat us. 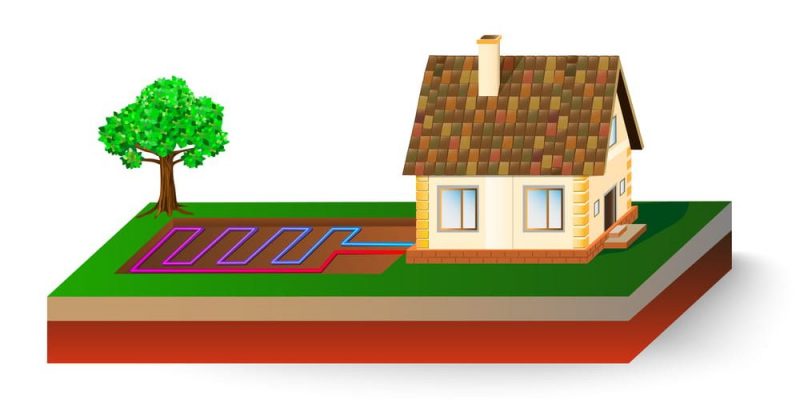 Geothermal energy is a viable alternative for the future.