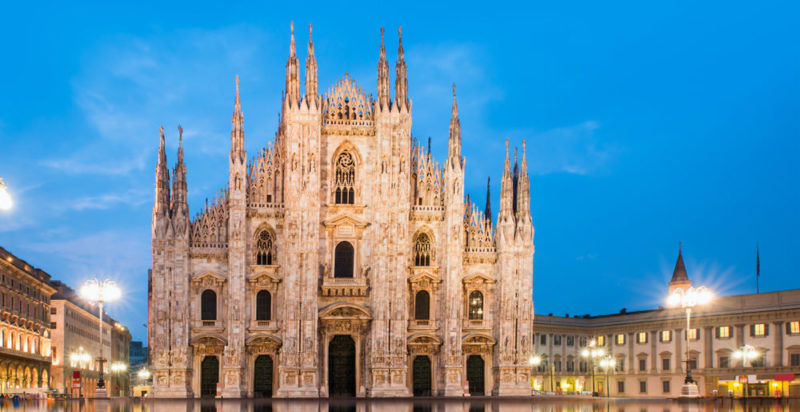 What is gothic art?

We explain what Gothic art is and what its main characteristics are. Also, some examples of famous works, architecture and more.

What is gothic art?

Gothic art is an artistic style that predominated in religious architecture, sculpture, and painting in Europe between the 12th and 15th centuries, until the rise of the Renaissance cultural movement . It was preceded by Romanesque art (11th and 12th centuries).

The basilica of the royal abbey of Saint Denis in France is considered the first listed monument in the Gothic style. It was built from 1140 onwards by Suger, the abbot or superior of that monastery, considered the promoter of Gothic art.

In the beginning, the term Gothic was designated in a derogatory way by the classicist Italian writers of the Renaissance who considered everything that was not classical as ugliness. Gothic art was attributed to the barbarian tribes who had destroyed the Roman Empire and its classical culture of the 5th century AD. Gothic art was only valued from the 19th century AD. C. and was considered grandiloquent and imposing.

Gothic architecture used novel techniques, such as high vaulted ceilings and arches. Among the main characteristics of Gothic art are:

Interior of the first Gothic-style basilica, Saint Denis in France. Among the main works of Gothic art, the cathedrals stand out as architectural work par excellence. Among the most representative are:

The use of the pointed arch allowed a better distribution of the weight of the roofs.
The architecture was the ultimate expression of Gothic art, it was based on the concept of light as the foundation and symbol of divinity . Gothic art was born from the theocentric idea in which God was the center of reality and considered that everything that made up the universe was a reflection of God’s light.

The elements of the period with Gothic aesthetics were symbolic of spirituality. In architecture, the development of new sophisticated techniques was added to exacerbate the theocentric concept, such as:

The sculpture Gothic was characterized by natural representations as perceived in the real world, without applying symbolic meanings as with the architecture and operation of brightness.

Among the main characteristics of Gothic sculpture are:

In Gothic painting, the handling of perspective grows, but maintaining the axis of symmetry. The painting Gothic was recognized as such from the fourteenth century. It stood out in religious works to represent Christ, saints, angels and virgins, figures that were used to decorate the imposing architectural constructions. Gothic painting is considered as a representation of the narratives of the Bible and the Gospels.

Among the main characteristics of Gothic painting are: