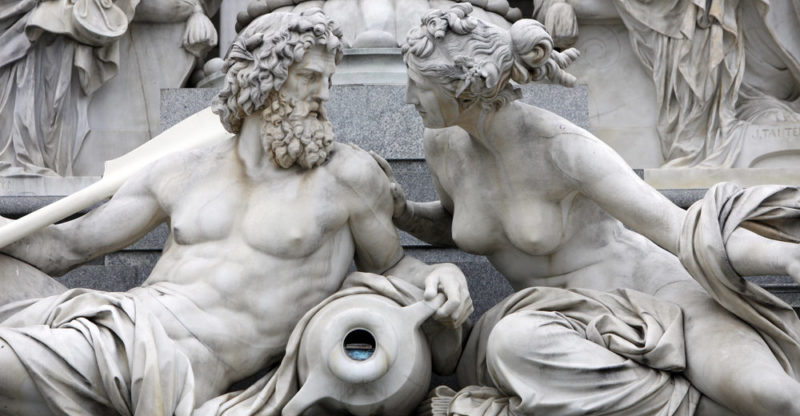 What is Greek mythology?

In what books is Greek mythology narrated?

The origin of the world

Why is Greek mythology still important?

We explain what Greek mythology is and its main gods and heroes. Also, what are its general characteristics and importance.

What is Greek mythology?

A vast and complex network of stories, myths and legends belonging to the religion of Ancient Greece (1200 BC - 146 BC) is known as Greek mythology . They have continued to be part of Western culture until our time through a set of literary , philosophical and religious texts , statues, vessels and painted ceramics.

These stories were initially transmitted orally from generation to generation , but later they were collected in texts of a poetic nature that today we know as ancient Greek literature . Its study is a subject of interest for various disciplines, from literature and philosophy , to history , anthropology and psychoanalysis.

It should be noted that Greek mythology collected numerous traditional and religious elements from Ancient Greece, but it was also understood as fiction by many of the ancient philosophers , such as Plato (5th-4th centuries BC). In any case, it could be considered a valuable source of teachings and allegorical stories, just as it is today for us.

Greek mythology is heir to complex historical processes of fusion .

This is due to the conquest of the first settlers of the Balkans.

They formed an agricultural and animistic people , that is, they assigned deities to natural phenomena.

These beliefs were added to those brought by other tribes who came from the north and imposed the cult of their gods.

This substrate crystallized in the archaic period of Ancient Greece (8th-6th centuries BC), when writing was used again . At that time the Greek polis was formed, a particular form of political organization in which myths played an important foundational and religious role.

Later the epic poets appeared . Thanks to them, the diverse set of traditions and stories obtained an organicity that it originally did not have, thus founding what we now understand as Greek mythology. 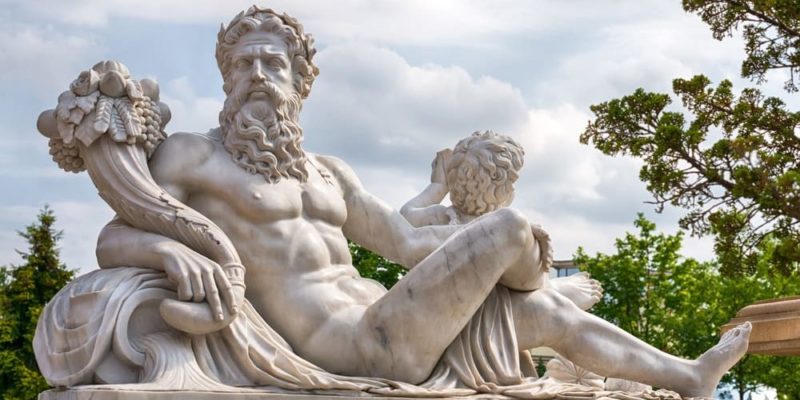 In the Age of the Gods it is explained how they came to reign over the whole world.

Greek mythology, like many other similar traditions, can be structured in three cycles of stories: 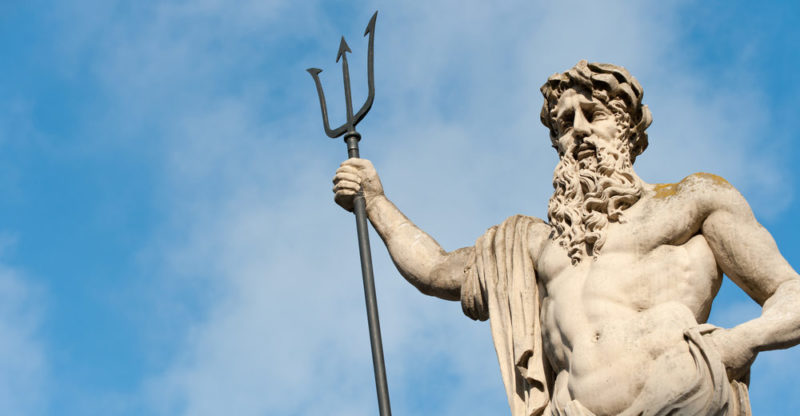 Poeseidon ruled the waters and could give sailors a good or bad trip.

The Greek religion was pantheistic, and it had a huge pantheon of deities to worship . The most important formed the pantheon of the Olympian gods, the second generation of gods that previously defeated the Titans (more primitive gods).

The main of them are: 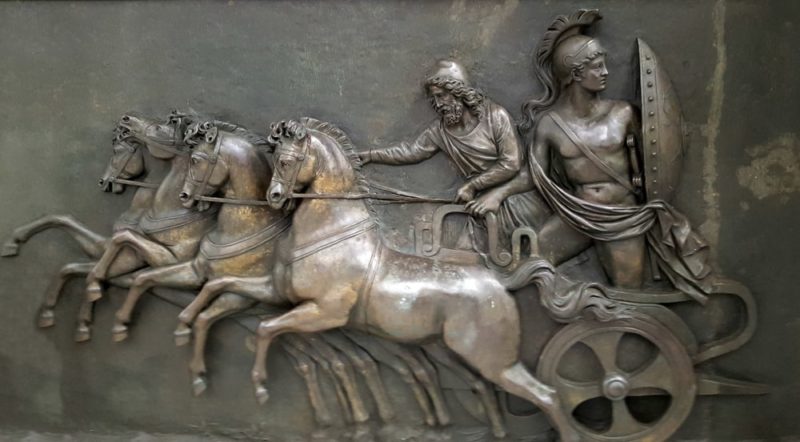 Achilles was one of the heroes of the Trojan War.

Greek heroes were generally exemplary of virtues and participated in incredible feats. Usually its origin was divine. They stand out from them:

In what books is Greek mythology narrated?

Greek mythology continues to spread in books and movies. However, the oldest texts from which our knowledge of the subject comes are:

The origin of the world 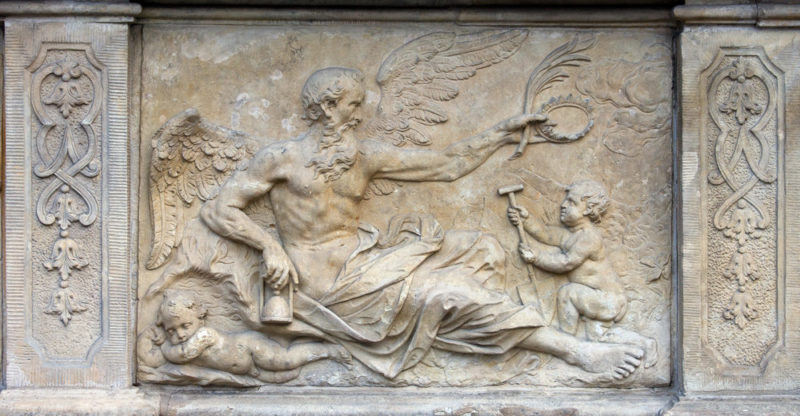 Cronos devoured his children just born from the womb of Rhea.

According to Greek mythology, the world was created by three divine powers: Chaos (“the void”), Gaia (“the earth”) and Eros (“the renewal”) . Uranus, comparable to heaven, was the son and husband of Gaea. Gaia and Uranus were the parents of the first gods: the Titans, commanded by Cronos, as well as three Cyclops and three Hecatonchires.

This first generation of gods reigned, after Cronos castrated his father and married Rea , his sister. To prevent his own son from dethroning him, Cronos devoured the barely born children of Rhea’s womb.

However, when Zeus was born, his mother tricked Cronos by giving them a stone instead. When Zeus grew up, he defeated the Titans and imposed the Olympic order. 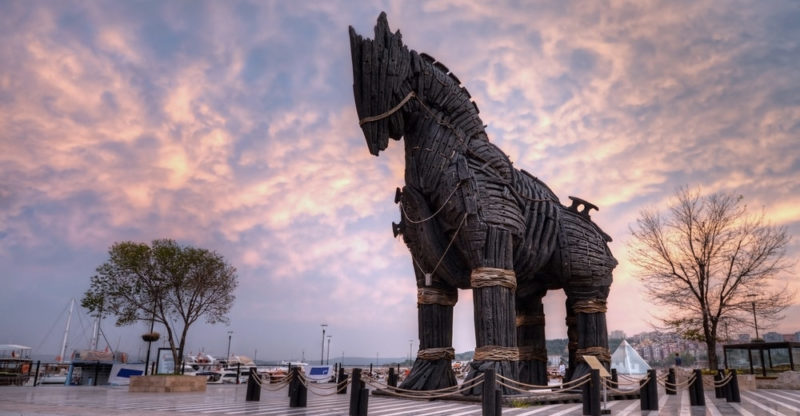 The Trojan War involved many of the classical Greek heroes.

One of the most important cycles in Greek mythology is the one that tells of the siege and looting of the Anatolian city of Troy. It was besieged by a coalition of Greek kings , under the excuse of recovering Helena, the most beautiful woman in the world.

This confrontation involved many of the classical Greek heroes , as well as the gods who took sides on one side or the other. These events are narrated in the Iliad and many previous or later episodes in the tragedies of Aeschylus, Sophocles, and Euripides.

The Greeks fell to the Roman hosts in the 2nd century BC. C. , and its cities were occupied by the invaders. Marveling at the enormous cultural and philosophical wealth of those invaded, they assimilated their religion as their own.

Why is Greek mythology still important? 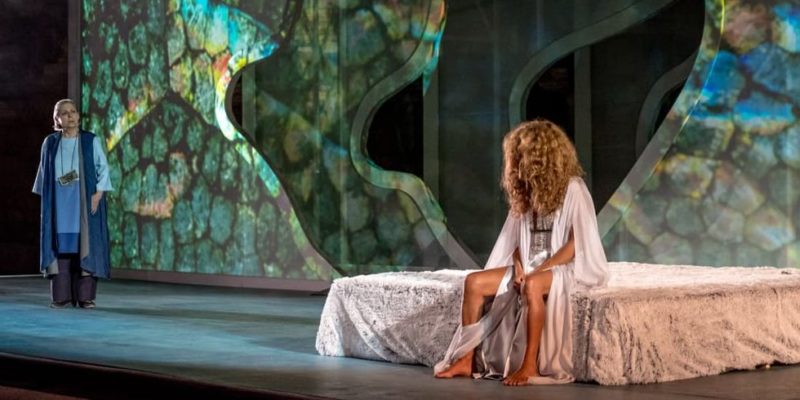 Until today the stories of Greek characters such as Phaedra continue to be narrated.

Greek mythology plays a fundamental role in shaping the Western imagination . It is represented in one of the richest and most complex literary traditions in the world. The archetypes attributed by the Greeks to their gods, survive in many different ways in our culture , reconverted and mixed with other cultural sources.

The gods and heroes face conflicts related to universal themes such as pride, betrayal or justice. That is why even today the works that tell their stories continue to be performed . Some of these stories were even used by psychoanalysis to explain our way of behaving today.

During the Renaissance , Greek mythology was a profuse source of inspiration for painters and sculptors , as an escape from medieval Christianity . Later, many modern works of art discussed or reinterpreted Greek myths, especially tragedies such as Oedipus the King or Antigone .