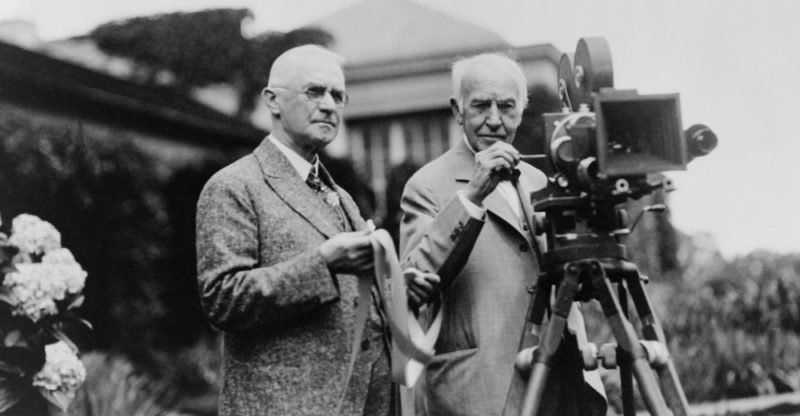 The magic of Georges Méliès

Hollywood and the mecca of cinema

We explain everything about the history of cinema and who its first creators were. Also, what are its features and advances.

As its name indicates, the history of cinema is the remembrance of the inventions, inventors and events that gave birth to cinematography . It ranges from its silent black-and-white beginnings to its contemporary, digital, and computer-heavy effects.

This is a story that spans almost two centuries, from the end of the 19th century to the present day , and that goes hand in hand with the invention of photography . Cinema is a technique of capturing, editing and reproducing images and sound . It operates based on photosensitive supports, computing devices and specialized projectors, to offer the spectator the impression of movement.

This technique has been perfected in our days with the incorporation of digital technology and the professionalization of the cinematographic profession. It has achieved its own artistic language that today is recognized as the “ninth art” and that, as an entertainment industry, mobilizes large amounts of money throughout the world. 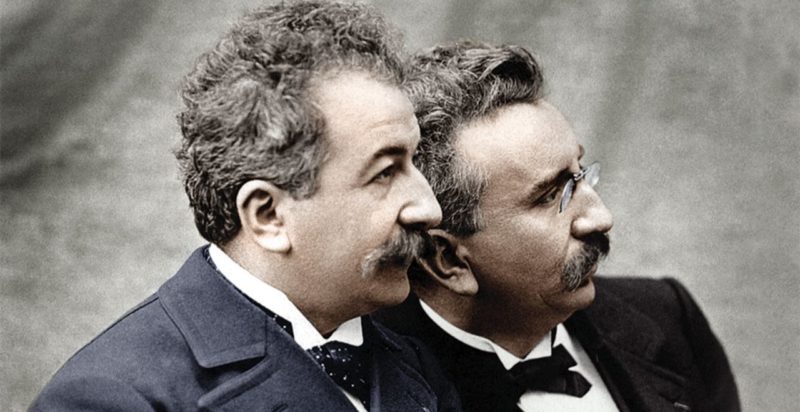 The first film projection shown to the public was the work of the Lumière brothers.

The formal origin of cinema dates back to the 19th century, with the invention of photography . With it, the first steps were taken towards generating the impression of movement, thanks to retinal persistence (the minimum persistence of images seen on the human retina when projected at high speed) and the principle of the camera obscura.

The first film projection shown to the public took place in Paris on December 28, 1895. It consisted of a projection of the departure of some workers from a factory in Lyon . It was recorded by the famous Lumière brothers, who in one year produced more than 500 films of no more than a minute in length.

Only 35 people attended that first screening , but word spread very quickly in Paris and there were soon crowds eager to see the new invention, billed as Cinématographe Lumière .

Also famous is the anecdote that one of his first projections involved the frontal filming of a train arriving at the station . The attending public, fearful that the train would run over them, fled from the room. 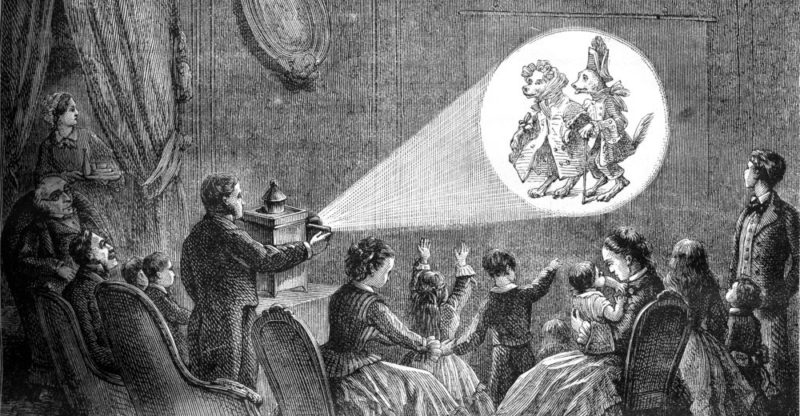 In order for the invention of the Lumières to exist, numerous discoveries had to be made previously . Some even date back to the 16th century, when the German priest Athanasius Kircher invented the magic lantern, a device with rotating images that simulated movement and served to entertain children.

In the 18th century, Gaspard Robert popularized the public projection of painted images on glass plates, which he christened Fantasmagories . In the 19th century there were further experiments with moving images . One of the most important was Simon von Stampfer’s stroboscope (1833), which allowed a rotating object to be seen at very slow speeds (or still).

In 1874 photography was invented . Based on this invention, the Frenchman Jules Janssen created the “photo revolver”, an ancestor of today’s photographic camera. Shortly thereafter, the American Edward Muybridge succeeded in reproducing the galloping of a horse from serialized photographs of his career.

But cinema as such was only possible when Thomas Alva Edison invented the incandescent light bulb in 1889 , and then the kinetograph, a device that synchronized sound and image capture, trying to capture the moment lived. The latter gave rise to the subsequent inclusion of audio in the cinema.

The magic of Georges Méliès 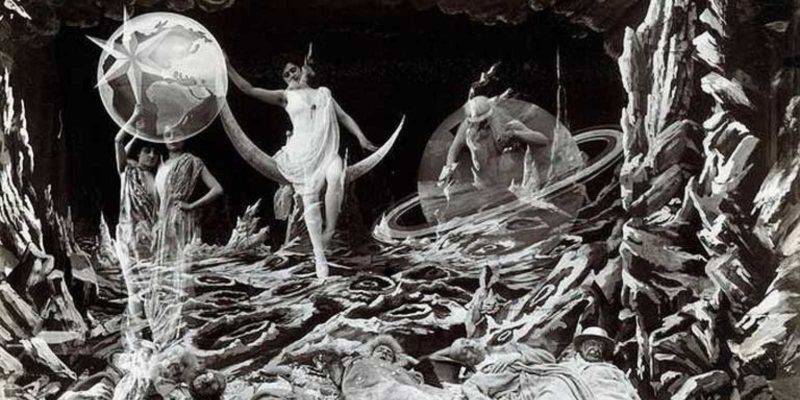 One of the great forerunners of cinema was Georges Méliès. Due to the enthusiasm it caused him, he decided to invest in the technology of the Lumière brothers. He proposed important innovations that changed the naturalistic, realistic and passive character of the Lumière’s recordings.

In contrast, Méliès created fictional stories endowed with special effects , cardboard sets, makeup, and leaps in editing. They were children’s fables and fantastic stories, thanks to which he is still remembered today as the “movie wizard”. Among them were “Journey to the Moon ” (1902) and “The Impossible Journey” (1904), inspired by Jules Verne’s books.

Other important precursors of cinema at the end of the 19th century were León Gaumont and Alice Guy Blaché, his secretary and associate. The latter, after witnessing the projections of the Lumière brothers, convinced her boss, who owned a photographic equipment store, to venture into the cinema.

Together they undertook the production of films, which Guy herself scripted and filmed , including one of the first fiction feature films: La fée aux choux , “the cabbage fairy” in 1896. In these first films there was an important presence of techniques theatrical, and later tinting was incorporated for the first time, allowing the images to be in color. 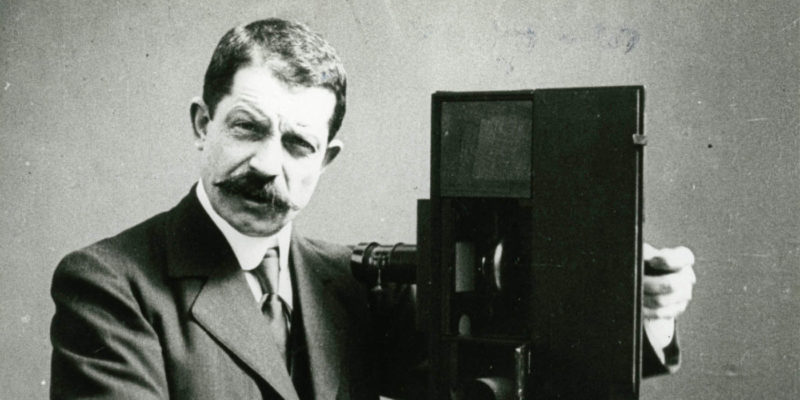 Pathé was another film entrepreneur born from the exhibitions of the Lumière brothers . He made his own cameras with which he started his productions. He also tried to combine the phonograph with the cinematograph, to capture audio and video at the same time, although without much success.

Later, he did prosper in the business world of cinema : he founded the first film company that combined the three branches of the film industry: production, distribution and exhibition, called Pathé Frères (“Pathé Brothers”).

Many innovations of cinematographic language took place in this company , such as close, non-wide cinematographic shots. They were especially due to Ferdinand Zecca, who acted as actor, director, screenwriter and decorator. 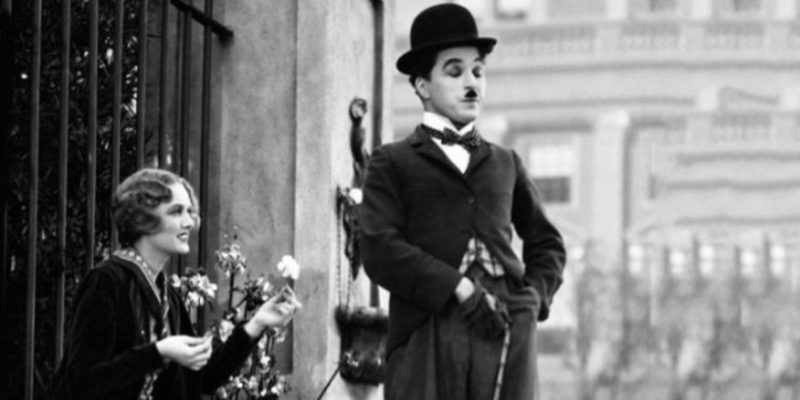 Already in 1902, Edison took the first steps towards the recording of audio and image at the same time , although still with very little quality. In addition, thanks to Leon Gaumont’s chronophone in 1910, the possibility of including sound in films began to be glimpsed.

However, the cinema was silent for its first 30 years . The projections continued to be accompanied by live music until 1927, when the first sound feature film was made possible, through the synchronization of a record played at the same time as the film. This first sound film was The Jazz Singer by Warner Brothers in the United States. 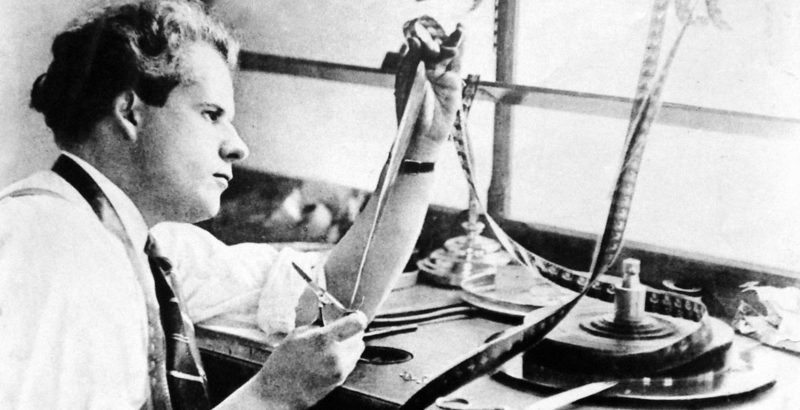 The pioneers of cinematographic language, who put an end to the tendency to film cinema as if it were recorded theatre , were two:

The invention of color cinema was a concern of the pioneers of cinema , who, like Méliès, proceeded to color the frames of their films one by one. It was a very ineffective and expensive technique.

However, in 1915 Technicolor appeared, a company that worked for years on the production of film systems based on primary colors, which initially made it possible to insert color sequences into black and white films . It was not until 1929 that the first color feature film was screened: On with the Show!

In 1932 a third color was added to the palette and a system based on the three primaries was achieved, which gave great results. He was employed by Disney in their animations. Finally this system was replaced in 1950 by the one proposed by the Eastman Kodak company, much simpler and more efficient.

Hollywood and the mecca of cinema 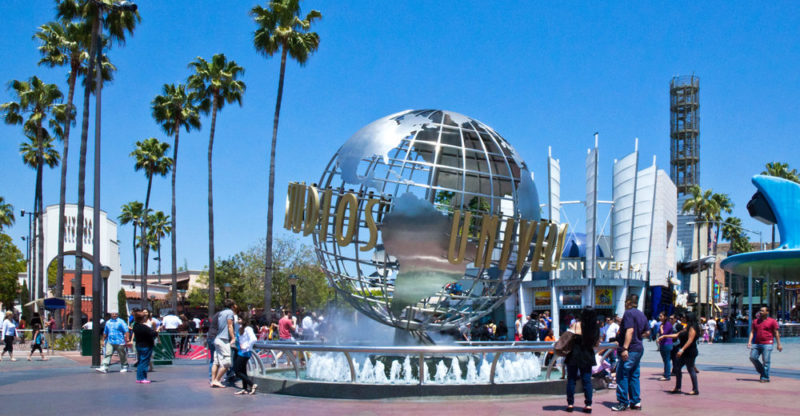 Some of the great American film studios were born in Hollywood.

The success of cinema in the United States was overwhelming . Thomas Alva Edison, who was already a powerful national businessman, tried to keep the intellectual property of the cinematographer. This caused enormous tensions with independent film producers, leading to lawsuits and even shooting.

As a consequence, many creators emigrated from New York to a small town near the Mexican border called Hollywood. Some of the great American film studios were born there, such as 20th-Century Fox, Paramount, Universal, Metro-Goldwin-Mayer, etc.

The studios not only produced and financed the films, but also fully controlled distribution . In a short time they managed to rise as the American “mecca of cinema” and began the so-called “ Star System ” of the great film celebrities.

The spirit of cinema changed enormously after the advent of computers . The digital world allowed, on the one hand, filming directly in much more flexible and better performing digital formats.

On the other hand, digital special effects were incorporated , which did not require technical tricks and tricks, but rather computer and post-production programs. In addition, new animation techniques and new film formats were created, generating a true revolution in the industry.