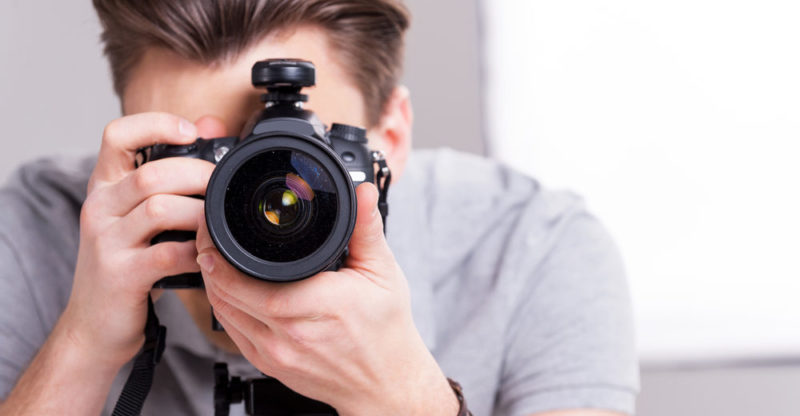 The “dry plates” with gelatin-bromide

The flash or illuminator

We explain and summarize the history of photography, which were the first invented devices and their main characteristics.

The history of photography is the recount of inventions, scientific discoveries and technical improvements that allowed humans to capture for the first time an image on a photosensitive surface, using light and certain chemical elements that react with it.

The history of photography spans from the 19th to the 20th centuries , but has many antecedents in earlier times. It is one of the most revolutionary technologies that man has developed. Its impact has been felt in the sciences , the arts (even creating a new one) and in historical documentation. It also gave rise to later technologies , such as cinema , among others.

The word photography comes from the Greek words phos (“light”) and graphos (“written” or “engraved”) , so it is a writing with light or a recording made with light. 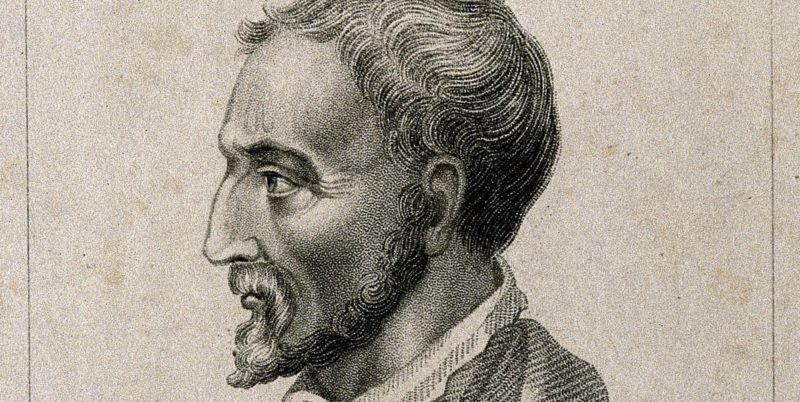 Gerolamo Cardano experimented with the camera obscura in 1558.

The idea of capturing images and preserving them has accompanied the human being since ancient times . It is the foundation of the appearance of painting , sculpture and, later, photography. There were ancient attempts to be able to capture an image automatically, especially using the principle of the camera obscura, which is the same as that of cameras.

The camera obscura is a closed space or enclosure, totally dark , in which light penetrates through an opening in one of its sides and projects an inverted image of what is happening outside. This principle was known from the time of Aristotle (around 300 years BC) or later from the Arab scholar Alhazén (around 900 AD).

The first publications on the matter in the West appeared from the 15th century , as part of the Scientific Revolution in which philosophers such as Leonardo DaVinci participated . One of his students, Cesare Cesarino was the first to publish these studies in 1521.

Based on this work, scientists such as Giovanni Battista della Porta or Gerolamo Cardano experimented with the camera obscura in 1558 . In the 16th century, the German Johann Zahn of the 16th century, developed these principles into a portable wooden apparatus , which was ready to become a camera, having had how to fix the images.

It was not until 1777 that the Swede Carl Wilhelm Scheele published his treatise on silver salts and their reaction to light . Based on these discoveries, various artists such as Giovanni “Canaletto” Canal combined photosensitive salts with the camera obscura and produced some kind of light paintings. 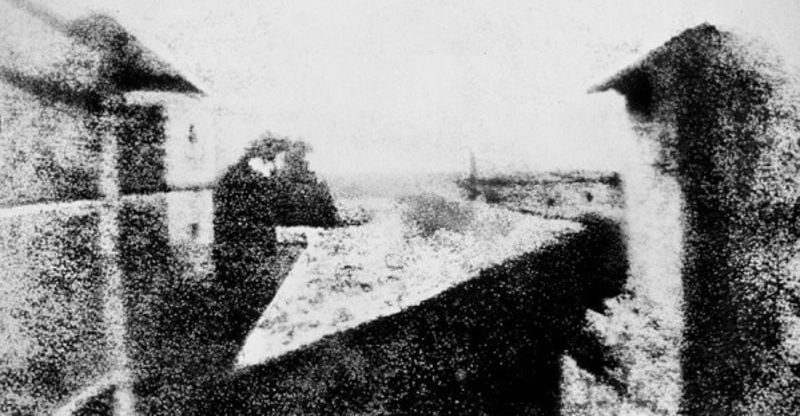 This was the first photograph in history, taken by Niepce in 1826.

The first photographic images obtained in history are the work of the French scientist Nicéphore Niepce, who achieved results by prolonged exposure to light of pewter plates covered in bitumen , inside a dark chamber. The first image thus obtained was View from a Window at Le Gras , from 1826, which took eight hours of exposure in broad daylight.

In 1827 Niepce met Louis Daguerre and they signed a work agreement that left the latter with all the knowledge of Niepce’s photographic techniques after his death in 1833. Daguerre added to the mechanism a polished silver plate , on which the images were produced. prints, thus greatly reducing exposure time.

Thus was born the daguerreotype, baptized in his name. This new technique made it possible to take portraits, and it was the best known form of photography for a long time . However, at the same time and unknown to other inventors such as Hercules Florence, Hippolythe Bayard and William Fox Talbot were studying their own methods to obtain similar impressions.

Other similar procedures that appeared in the 19th century were the calotype and ambrotype. 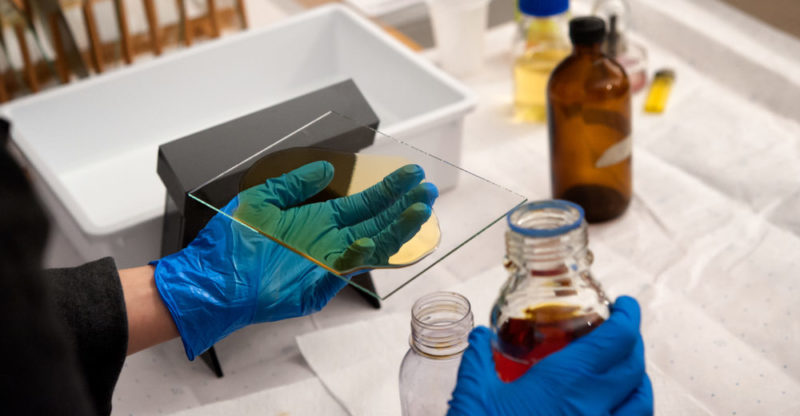 Collodion was a varnish that was applied to a clean, polished glass plate.

This procedure replaced the daguerreotype in the second half of the 19th century , since it allowed to make copies of the print, was much cheaper and reduced the exposure time to a few seconds. The wet collodion was invented by Gustave Le Gray in 1850 and published the following year by Frederick Scott Archer.

It consisted of pouring a varnish called collodion on a very clean and polished glass plate . The collodion was previously sensitized in silver nitrate, all exposed to the same dark chamber procedure. Once the capture was made, it was developed in ammoniacal iron sulfate .

Since 1855 this technique became the most widely used and photographers carried the implements to make it, which was cumbersome and went against the fragility of glass sheets . Finally they were displaced by the “dry plates” to the gelatin-bromide.

The “dry plates” with gelatin-bromide

Invented in 1871 by Richard Leach Maddox and perfected in 1878 by Charles E. Bennet, they were a leap forward from wet collodion. It made it possible to obtain glass negatives that could be positivized on paper to make copies of the photo.

This technique also used glass sheets that were covered with a solution of cadmium bromide, water and gelatin sensitized with silver nitrate, and then exposed in a dark camera to the image to be captured.

With the “dry plates” it was possible to use dry materials and reduce the exposure time to a quarter of a second, something very close to the later instantaneous photography. Some of its most important manufacturers in France were the Lumière brothers, famous inventors of cinema, as well as Guilleminot et Cie and Agfa. 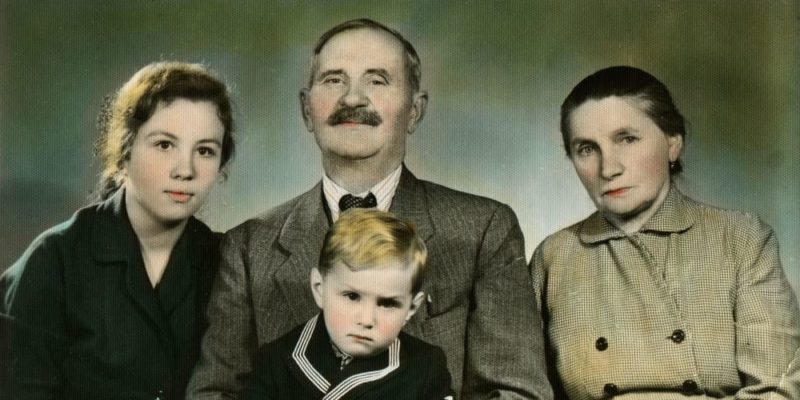 For much of the 20th century, many photographs continued to be colored by hand.

During the 19th century an attempt was made to obtain color photographs. The first was obtained by James Clerk Maxwell in 1861 , by taking three consecutive photographs with a red, blue and green filter each, and then superimposing them on a projection and obtaining the desired colors.

However, there was no way to fix the colors to the photo and generally 19th and early 20th century photographs were colored by hand, using watercolors, oils, or other pigments.

The first color photographic plate was patented in 1903 by the Lumière brothers , and brought to commercial markets in 1907 under the name Autochrome. With glass support, they were based on a grid system of points similar to the one that later had the color TV .

Color photographic film was only invented in 1935 by the Eastman Kodak company and marketed as Kodachrome (used until 2009). In 1936 Agfa’s version, called Agfacolor, was here to stay.

The photographic film was invented in 1884 by the American George Eastman , using long strips of paper coated with photosensitive emulsion.

In 1889 he invented the first flexible and transparent film, in strips of cellulose nitrate, marking a before and after in the conception of photography. From then on, the photographic roll began to be used more and more, and this was also key to the development of cinematography. 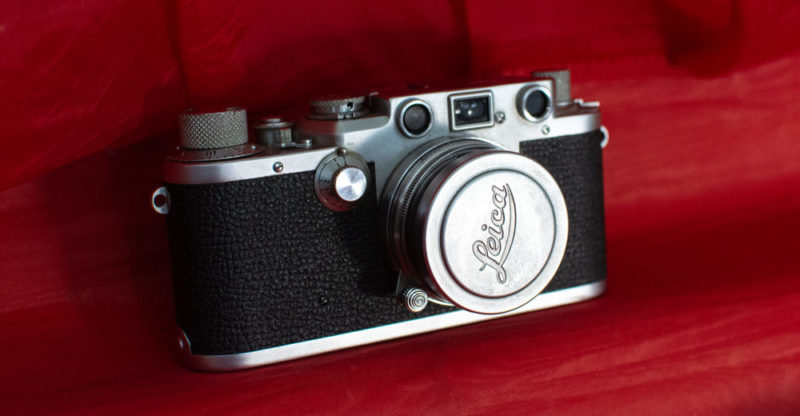 The Leica cameras inaugurated the 35mm format and popularized photography.

In 1920 the German inventor and photographer Oskar Barnack introduced the Leica camera to the market , which used a new film format: the 35 millimeter, also known as the Leica format or Barnack format.

This format revolutionized the film and film industry . It consisted of a small film, in the 135 format, 35 millimeters wide, with an aspect ratio of 3: 2 and a diagonal size of about 43mm. Originally thought for the cinema, it greatly reduced the cost of manufacturing the cameras and allowed their popularization, thus giving birth to amateur photographers.

The flash or illuminator

The flash or illuminator began to be used at the beginning of the 20th century . It consisted of a mixture of fine magnesium powders that were ignited with a detonator, producing a small explosion that illuminated the surroundings, but also a cloud of toxic gases .

For this reason, in 1930 the flash lamp or bulb flash was invented , an initially external accessory, which used electricity to generate the discharge of light. The first flash built into a manual camera (xenon flash) appeared in the second half of the century. 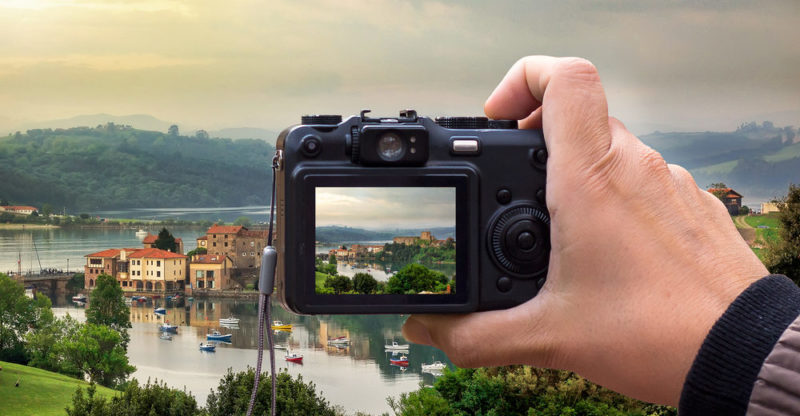 Digital cameras allow you to preview the photo and decide whether to take it or not.

Digital photography is the most recently invented aspect, which takes advantage of the technologies brought about by the Computing Revolution at the end of the 20th century . It allowed, among other things, the suppression of the photographic roll and all forms of chemical development , saving the images directly in electronic or computerized format.

Thus, it is not necessary to “scan” or digitize the images, and they can also be intervened using specialized software . As if that were not enough, digital cameras allow you to preview the photo and decide whether to keep it or take it again. They also provide us with electronic help of all kinds, such as autofocus, red-eye correction, etc.