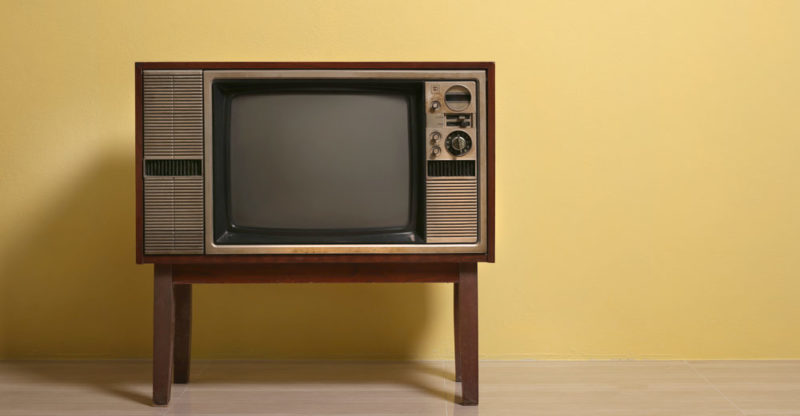 The golden age of television

Consequences of its popularity

The future of television

We explain and summarize the history of television and how it evolved. Also, what are its characteristics and its golden age..

The history of television began in the late 19th century and continues to this day.

The history of television encompasses the series of scientific discoveries, technological advancements, and industrial bets that resulted in television . It includes innovations in the design, conception, manufacture and distribution of televisions. It also involved the development of television programming stations that feed them with programming to this day.

This technology has been incorporated into our homes throughout the world for decades . For this reason, nowadays no one needs to explain what television is.

However, few know that a television operates as a terminal for receiving information sent by cable, satellite or Herzian waves , which provides a specific pattern of points of light that are displayed on the screen (the pixels). This generates an image and a sensation of movement of it, accompanied by a synchronized sound sequence . 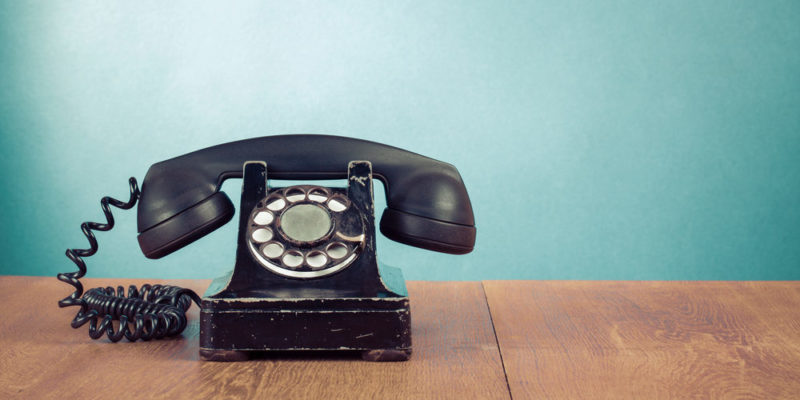 The telephone was invented in 1854 by Antonio Meucci.

In order for the first steps in television to take place, the following technological discoveries had to be achieved first:

The history of television begins with the invention of the Nipkow disk in 1884 : a device that consisted of a metal disk and a light source, which served to project the light projected by objects onto selenium sheets.

It was a first attempt to capture moving images , although it failed to be effectively implemented. But it served for the development of the first television systems at the beginning of the 20th century .

The first successful television experience occurred in 1925 , when the Scotsman John Logie Baird managed to synchronize two Nipkow records, attached to the same axis. Using one as a transmitter and the other as a receiver, it efficiently transmitted a dummy’s head image at 14 frames per second.

The experience was replicated before the Royal Institution in London in 1926 . In 1927 Baird managed to transmit the same image over 438 miles, using a telephone cable. In 1928 he did it again, this time from London to New York, over the airwaves.

This technology was used in the first television broadcasts . The name that had already begun to appear since the beginning of the 20th century, when the Russian scientist Constantin Perskyi proposed it during the first International Congress on Electricity. 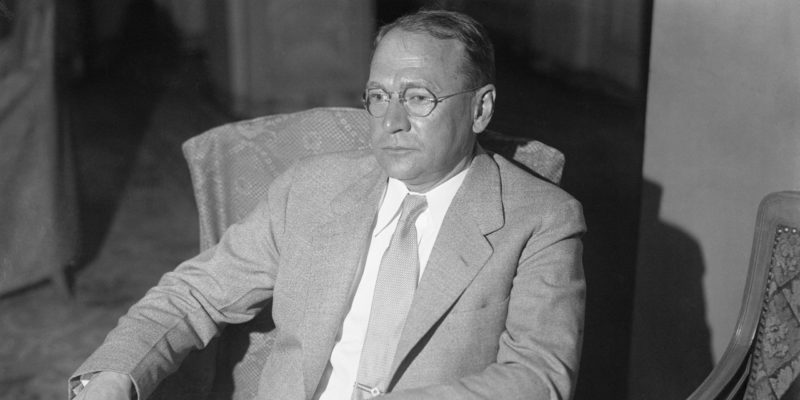 In 1931 Vladimir Zvorykin invented the iconoscope in the RCA laboratories.

The first marketable television reception apparatus was created in 1926 and was the work of Scotsman Baird. It consisted of a mechanical device, as we have explained before. This format was marketed between 1928 and 1934 in the United States, United Kingdom, and the USSR .

These were radios that had a neon tube behind a Nipkow disk , which produced an image the size of a postage stamp, magnified by a lens twice its size. Since 1929, the mechanical scanning of 240 lines, which substantially improved the performance of the apparatus.

In 1931 Vladimir Zvorykin invented the iconoscope in the RCA laboratories. It was an electronic tube that made it possible to replace all other television systems, thanks to an electronic mosaic made up of thousands of independent photoelectric cells in three thin layers. This advancement revolutionized the industry and allowed the emergence of electric television.

Later, in 1934, the cathode ray tube (CRT) system appeared, reaching better resolutions and speeds. This was the work of Telefunken in Germany , and soon it had versions in the main world powers. Before World War II , some 19,000 devices had been sold in the UK and about 1,600 in Germany.

The very first television broadcast was made by Baird himself in his laboratory, but it was only for promotional or demonstration purposes. In 1927 the BBC produced the first broadcasts of programming , which was not broadcast on a regular schedule. In 1930 the first simultaneous black and white audio and image transmission was made.

In 1931 the first television station was created in Germany at the home of Manfred von Ardenne. Regular broadcasts began in Paris in 1932, although the image quality did not exceed 60 lines and it was in black and white.

To receive the first television broadcasts with scheduled programming, one would have to wait until 1936 in England, or 1939 in the United States. The first regular electronic TV broadcasts occurred in 1937 in France and England .

The golden age of television 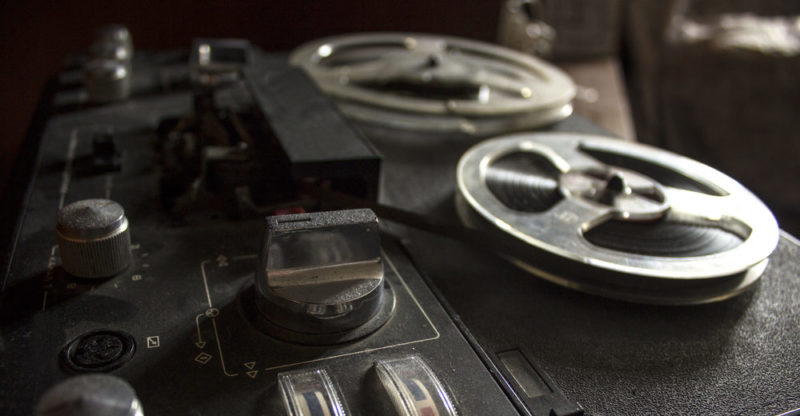 In the mid-20th century, televisions and recording studios proliferated.

The middle of the 20th century saw the golden age of this medium, when it began to spread throughout the world and various broadcasting stations emerged in each of the countries of the world . In 1953 Eurovision was created to connect the stations of European countries via microwaves, and in 1960 Mundovisión was created, in an attempt to do the same on a global scale.

In this period, TV reached Latin America and became extremely popular . Consequently, the first national radio stations in each country were founded and what would later become large private television consortiums, such as Televisa. 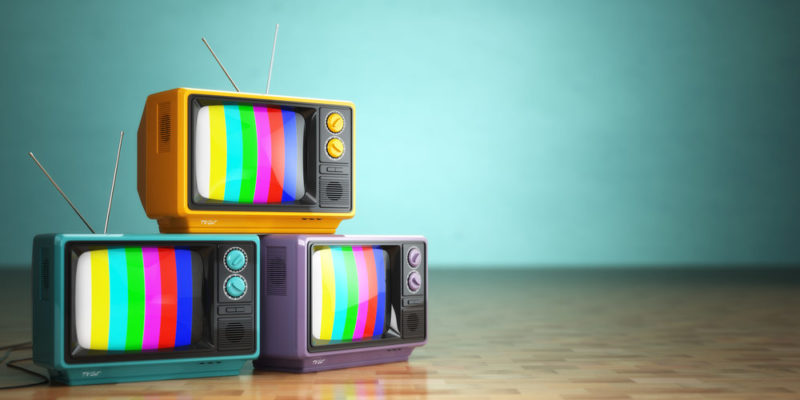 The adaptation of color televisions was completed in the 1970s.

Although color transmission had been experimented on from the beginning, using colored filters to tint the images, color television was not achieved until much later. The first step was taken in 1940: the Mexican Guillermo González Camarena a sequential trichromatic system .

Eight years later, the American Peter Goldmark used this system to develop a similar one. This is how in 1948 the Field Sequential System was born , which was successful and used by the Columbia Broadcasting System.

Consequences of its popularity

This technology quickly conquered the homes of the world, largely displacing radio as the preferred medium for information or around which to gather the family.

The result was a significant gain in immediacy news and a greater burden of power and responsibility in the mass media . From then on they had a very intimate reach in homes, and the television became one of the main electrical appliances. 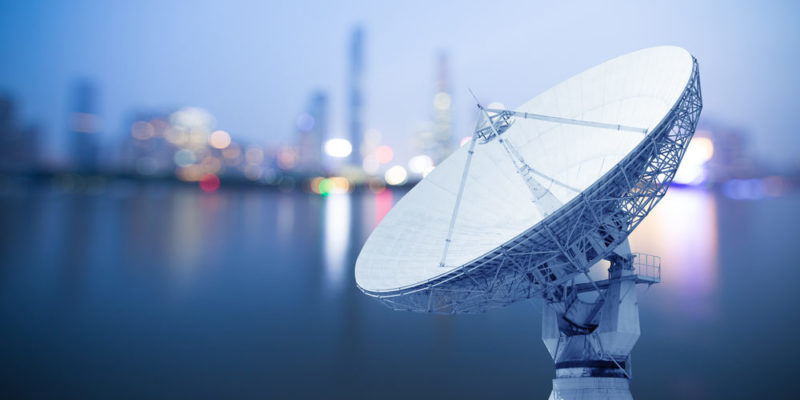 The development of space technology and satellites allowed television to take a global turnaround. The use of satellites to receive and send television broadcasts via microwave facilitated their distribution, making it more agile, fast and effective throughout wide geographic areas.

This also allowed access to foreign programming through paid subscriptions. They required the installation of satellite dishes on the roof of buildings: bulky and dangerous devices that were quickly replaced by smaller and local variants, installed in the windows of the apartments.

Starting in the 1980s, television began to take its first steps towards digitization, driven by the digital revolution that the appearance of computers led to. This technology allowed greater data transmission capacity , better resolution and the use of all the processing power of the computerized world.

Digitization was applied both to the production of video and its transmission, both by satellite, cable and terrestrial radio frequency. Currently, television can be viewed on computers equipped for it and through Internet platforms such as YouTube, both live and delayed.

The future of television 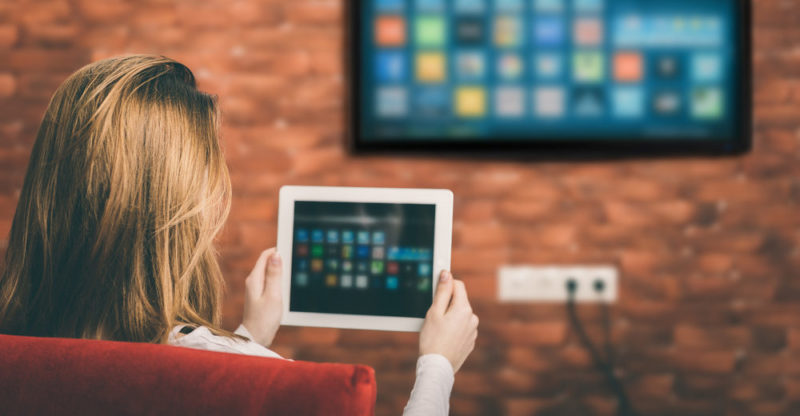 Television could be reinvented according to consumer mode 2.0.

The future of television is uncertain, but in many ways it points to the Internet and the world of networks . The replacement of televisions by computer screens is an ongoing trend, so it is possible to assume that television will reinvent itself according to the 2.0 consumer mode, that is, more personal, more interactive and more multimedia.