Holocaust: What Was It, Causes, Consequences Features, and Characteristics 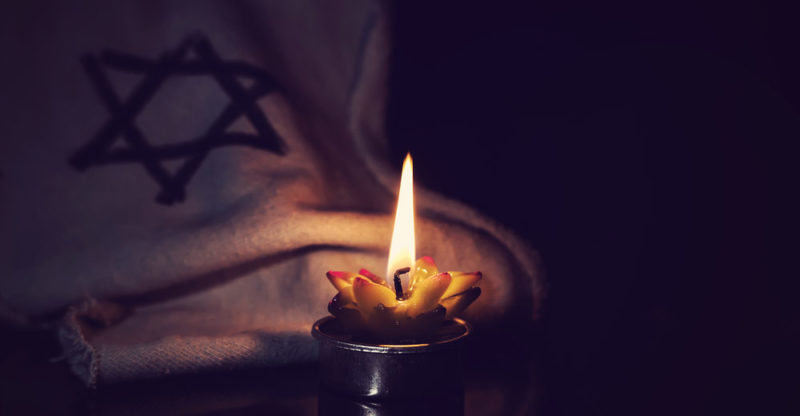 What was the Holocaust?

Origin of the term Holocaust

Historical context of the Holocaust

Causes of the Holocaust

Consequences of the Holocaust

Presence of the Holocaust in culture

We explain what the Holocaust was, the context in which it occurred, and what its causes were. In addition, its characteristics and consequences.

What was the Holocaust?

The Holocaust or Shoah (from the Hebrew “The Catastrophe”) is known as the genocide perpetrated by the Nazi regime in Germany during World War II against the Jewish people. Its code name in the Nazi bureaucracy was the “final solution” ( Endlösung , in German) of the “Jewish question.”

It was a systematic plan of persecution and extermination deployed in the territories controlled by the Third Reich in Europe . The exact dates of its beginning are difficult to pinpoint, since the anti-Semitic activities in Hitler ‘s Germany began long before the start of the war.

The first antecedents of this plan are observed when the German state begins to take civil rights away from the Jewish inhabitants of its territory. Simultaneously, they were made victims of the political propaganda of the fascist regime .

It culminated in 1945, with the German defeat and the liberation of the extermination camps by the Soviet army. The exact number of Jewish victims attributable to the genocidal policies of Nazism is unknown . The symbolic figure of 6 million murdered Jews is handled , but it could have been more.

The Nazi regime also persecuted and murdered gypsies, blacks, homosexuals, communists and other ethnic groups perceived by the Nazis as “inferior” and therefore worthy of extermination. However, the Jewish people were the most discursively punished and are the ones that carry the stigma of the Holocaust to this day.

Origin of the term Holocaust

The holocaust with that name began to be talked about around 1950 by Jewish historians.

The term comes from the ancient Greek olokaustos , which refers to religious sacrifice by fire .

The Hebrew word  shoá (“catastrophe”) and the Yiddish hurb’n eiropa which translates “destruction [of the Jewish communities] of Europe” are also used.

However, all of these denominations are after the fact.

At the time when these occurred, the holocaust had no other name than the key terms of Nazism, such as “final solution” to “the Jewish question” and other euphemisms with which selective extermination was bureaucratically disguised.

Historical context of the Holocaust 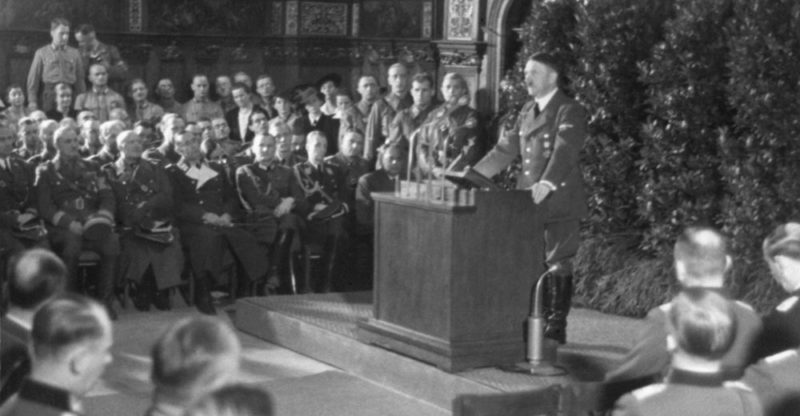 The war had started in 1939 when Hitler decided to invade Poland.

The holocaust occurred in the midst of World War II , when Nazi Germany led by Adolf Hitler had imposed itself on almost all of Europe and North Africa . His rapid method of warfare expansion was called  Blitzkrieg (“Blitzkrieg”).

The war had started in 1939 when Hitler decided to invade Poland , after peacefully annexing the territories of Austria and the Sudetenland of Czechoslovakia. Only then did the European powers (particularly France and England ) that had been complacent with Nazism realize that there was no other alternative than war.

Throughout the countries dominated militarily, Nazism imposed a vicarious regime that obeyed the commands of Berlin . Among them was his racial policy, which upheld the superiority of the Aryan race over the others, especially the mestizos or those considered pernicious or parasitic, such as the Jewish.

The conflict was devastating for the entire continent and culminated in 1945. Then the concentration camps were liberated and the first footage of the victims of the holocaust and its 42,500 incarceration, forced labor and extermination facilities appeared throughout Europe.

Causes of the Holocaust

Nazism was guided by a kind of social Darwinism , according to which the inferior peoples should serve the superiors. According to this logic, the strong must thus eat the weak, as occurs among animals in nature.

As a consequence, they reduced the rights of all the peoples they considered inferior . They focused especially on the Jewish community , for holding it responsible for all the ills that afflicted Germany, even turning them into slaves and subjecting them to inhuman treatment.

This model of racist and xenophobic thought had been entrenched in Germany for years. The Jewish people had always been prone to discrimination , not because of the characteristics of its members, but because it was a wandering nation, homeless, since ancient times.

The Nazi government decided that they must be useful to the fatherland in some way, since they were responsible for its downfall. Thus, they were sentenced to forced labor in inhuman conditions , medical experimentation and total extermination. 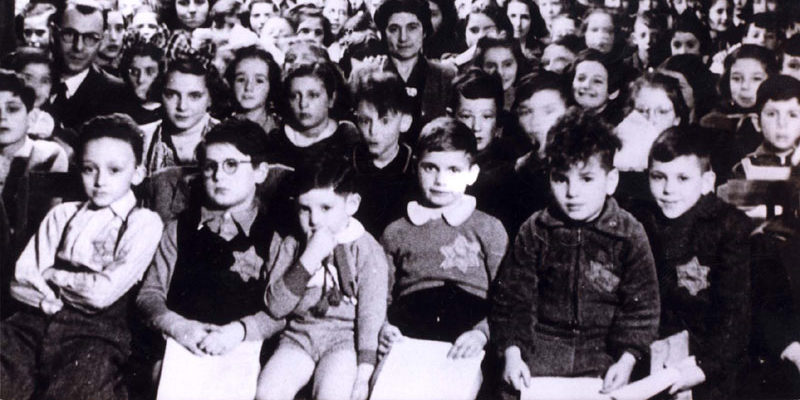 Jews were originally forced to wear a Star of David on their clothing.

The beginning of the Nazi persecution of the Jewish people involved a brutal propaganda campaign against them . Simultaneously, the State gradually withdrew their civil rights. Thus, they were soon banned from running their own businesses or having bank accounts, and were forced to wear a yellow Star of David sewn into their clothes.

Then came the forced deportations and the overcrowding of entire families in ghettos: walled neighborhoods with an entrance controlled by the police , a kind of prelude to the concentration camp. The Jews were forced to live there, crowded into precarious buildings and stripped of everything they could not take with them.

The so-called “final solution” was devised by the Nazi leadership in 1941 and the term first used by Adolf Eichmann. Initially it described a plan for the forced deportation of Jews to Eastern Europe.

He considered a number of alternatives: their employment as slave labor in the coal mines , as exchange hostages, or else the forced sterilization of all Jewish women.

At that time, the Third Reich had already initiated “Operation Barbarossa” : invasion of the Soviet Union , accompanied by death squads (the  Einsatzgruppen ) to liquidate the Russian population. Then it was decided to have all the resources of the State to favor the fight on the eastern front, aspiring to a quick victory that they could not achieve. 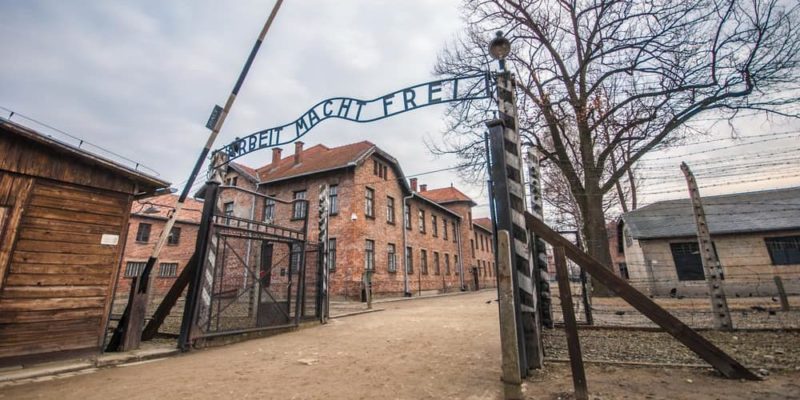 In Auschwitz more than a million people were murdered.

The first death camps were opened in Poland as part of “Operation Reinhard” by the SS , the Nazis’ militarized police. This is how the Belzec, Sobibor and Treblinka camps were born, which began operating in 1942.

In addition, the huge Auschwitz prisoner-of-war and political prisoner camp was expanded . In one of its locations, known as Auschwitz-Bierkenau, there were two gas chambers with a capacity of 800 and 1,200 people , respectively, together with a crematorium oven to dispose of the corpses. 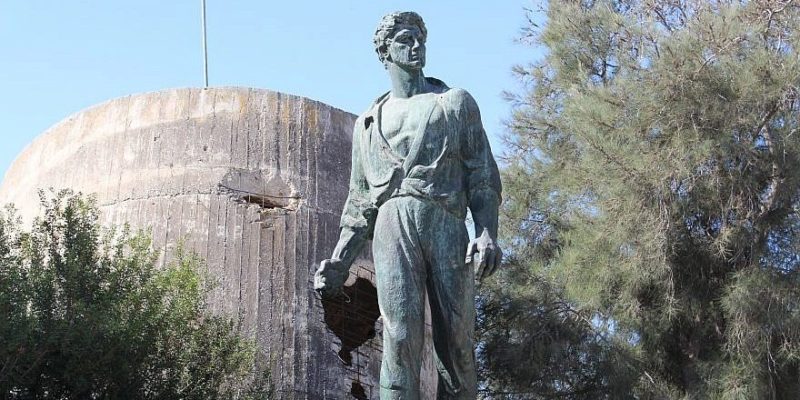 Among the attempts to resist is the Warsaw Ghetto uprising, which took place in 1943 , during the second wave of mass deportations to the death camps. Using guerrilla tactics, Jews led by Mordechai Anielewicz resisted the SS troops commanded by Jürgen Stroop for 20 days before succumbing.

Another major incident took place at Auschwitz itself, where dozens of prisoners organized to blow up a crematorium oven . They were then captured and publicly executed.

Consequences of the Holocaust

The holocaust meant a deep mark in the history of the German people, whose shame still leaves its mark on the oldest generations alive . Nazism is strictly prohibited in that country, as well as any racist or xenophobic statement in public, with fines and prison sentences.

On the other hand, the international Zionist movement born at the end of the 19th century (in its secular version, at least) gained more strength than ever after the holocaust. Thus, with the support of the victors of the war, he managed to establish the first and only modern Jewish state in the world : Israel, in 1948.

Presence of the Holocaust in culture 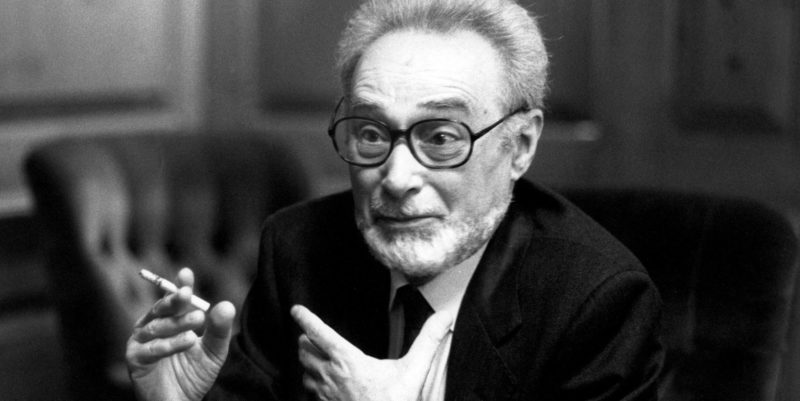 Levi is a Holocaust survivor who wrote “The Auschwitz Trilogy.”

Numerous artistic, literary and cinematographic works have explored the human context of the holocaust. It is considered one of the worst tragedies in the modern history of humanity and a scar on the history of the 20th century , heir to the rationalist traditions of the 19th century, committed to progress and science .

The holocaust demonstrated how organized human thought can be fully applied to evil and cruelty, rather than to progress and bliss.

Some works linked to the holocaust are:

There is an antisemitic conspiracy theory that denies the Jewish genocide during World War II . According to this theory, it would be a propaganda hoax or, at most, an exaggeration, elaborated by Jewish interests that benefit from the image of victims that they would like to project.

These theories are completely discredited, but they persist despite overwhelming evidence , including testimonies from survivors, film and photographic records, and documents from the time.