Ideas: What They Are, Types, Classification And Characteristics 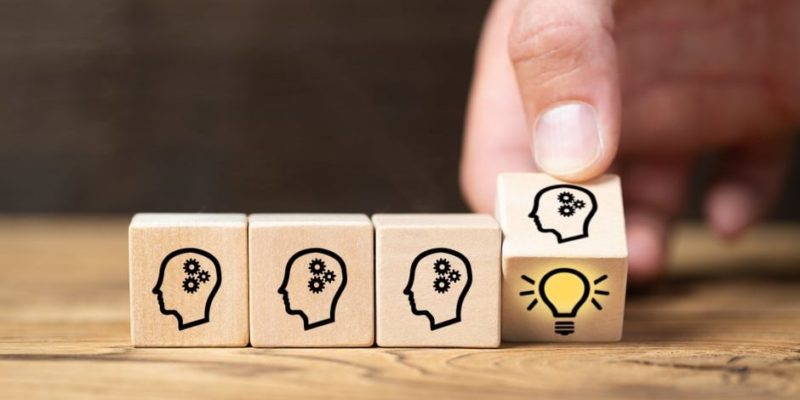 Origin of the word idea

The theory of ideas

The world of ideas

Why are ideas important?

How are ideas formed?

What is a good idea?

Ideas are understood to be mental representations originating in the human mind that can be the product of reasoning or imagination. It is considered the basic, fundamental act of understanding.

The human ability to formulate ideas and contemplate objects mentally is closely related to concepts, creativity and the application of the intellect. For this reason, they constitute the bases of any form of knowledge or an idea .

In the contemporary world, where knowledge has proven to be a powerful tool for scientific-technological development, ideas are considered a valuable, original, worthy of attention . The various professional worlds are organized to treasure, nurture, and harness new ideas.

Origin of the word idea

The word “idea” comes from Latin, and in turn from Greek , meaning “form” or “appearance”.

It is a derivative of the Greek root eido , which would be equivalent to “see”.

This root is also present in the Latin verb video (“to see”).

The latter is related to other terms in ancient languages in the same sense, such as Sanskrit Véda (“I know”) .

From such early times comes the equivalence between the idea and the vision , in the sense that to devise is to “see with the mind.” 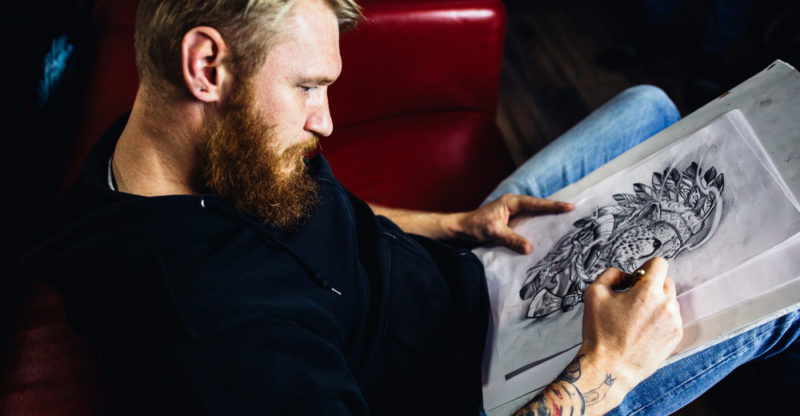 Ideas are mental reflections of objects in the real world.

Ideas are concerned with different fields of knowledge, and especially different philosophical traditions . Each of these has formulated its own definition of ideas, thus establishing four main points of view in this regard, which are:

The concept of idea began to be used in antiquity , in different philosophical and religious traditions , interested in the nature of thought and reason. Initially, they were attributed to a “divine breath” or inspiration from the gods. This was the case in the Semitic ( Jewish ), Greco-Roman and Hindu traditions , to name a few examples.

During the Middle Ages, a notion of idea prevailed, coming mainly from the Platonic tradition , reincarnated mainly in the Christianity that dominated the West at that time. This concept reappeared in Europe in the seventeenth and eighteenth centuries, but with a new meaning.

The new notion of idea was based mainly on the studies of John Locke and René Descartes . These and other perspectives of the time had in common the valuation of ideas as an expression of human reason , which was a new universal value to replace faith.

The theory of ideas 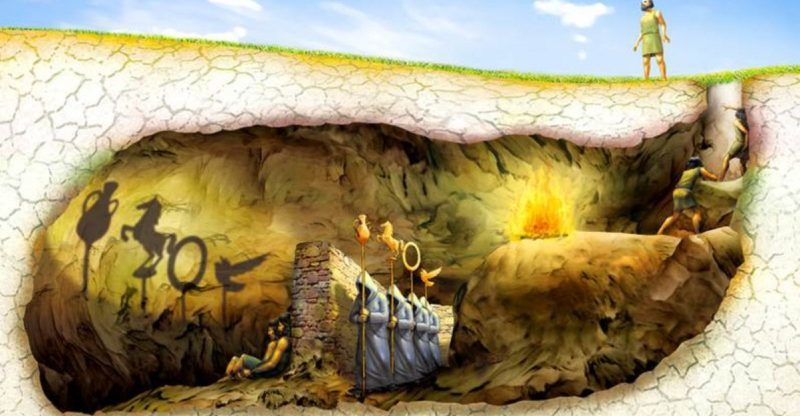 According to Plato our senses only perceive “shadows” of reality.

One of the fundamental precepts of Plato’s philosophy is known as the Theory of Ideas or the Theory of Forms . The Greek philosopher postulated that the world is divided into two planes:

Plato explains it through his allegory of the cave: humanity is equivalent to a group of prisoners from birth , tied and immobile in the depths of a cave, only being able to look at a wall in front of them.

In this allegory, the real world is behind the prisoners’ back , where the cave entrance (or a campfire, depending on the version) is located where people pass by carrying various objects in their arms. The shadow of these objects is projected on the wall and the prisoners take them for real and true, incapable as they are of knowing the real objects.

The world of ideas

According to Plato, the world of ideas or intelligible world is the place where ideas live. These are immaterial, absolute, perfect, infinite , immutable and independent entities of the physical or sensible world, which is a source of deception or distraction.

Only by pursuing knowledge and universal truth can one come, according to the philosopher, to contemplate this ideal world. However, as he explains in his allegory, human beings are used to seeing the “shadows” of the sensible world. That is why we disbelieve whoever tries to show us the luminous path of intelligible objects. 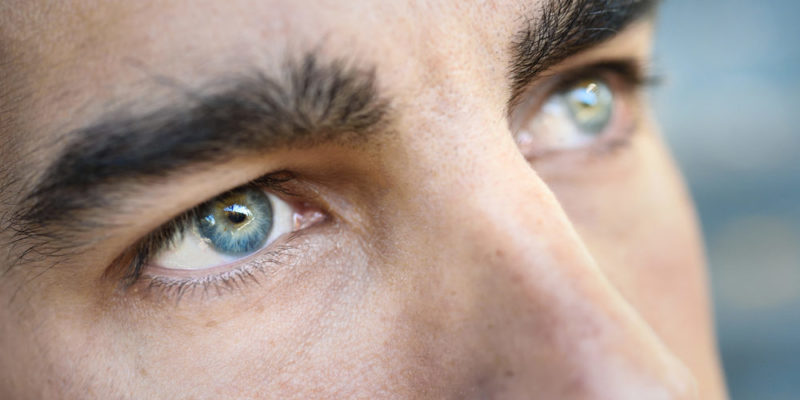 Ideas of sensation are the product of experience or perception.

There are numerous classifications of ideas, but it was Locke and Hume who formulated perhaps the most useful of them, which consists of:

Why are ideas important?

Ideas are undoubtedly one of the key concepts with which human beings reflect on their own intellect and their capacity for reasoning. To study the way in which we have conceived ideas from remote times is to trace a journey through the history of human thought in its different periods.

How are ideas formed? 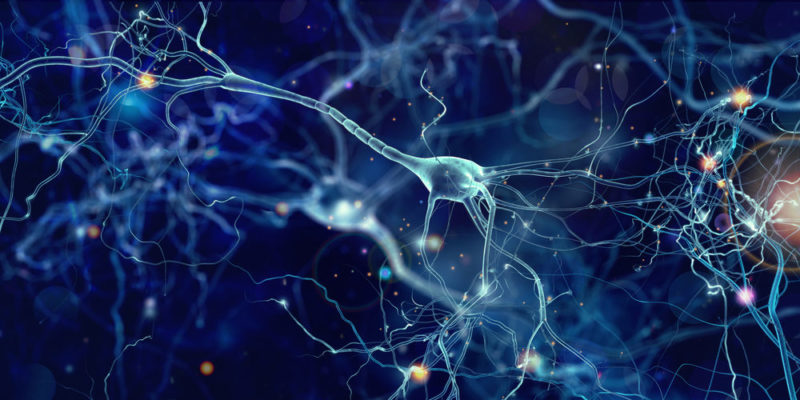 Neurons connect with each other forming neural networks.

Currently, the functioning of the brain and the cells that compose it, the neurons, is partially known . However, exactly how ideas are formed is unknown .

We know, for example, the neurons are connected to each other to form neural networks . In addition, they communicate by transmitting electrical impulses through atoms of lithium and other metals , generating electrochemical reactions.

These communications occur according to specific patterns and in specific regions of the brain . But what exactly these patterns mean, or how thought might emerge from them, is a mystery yet to be solved.

What is a good idea? 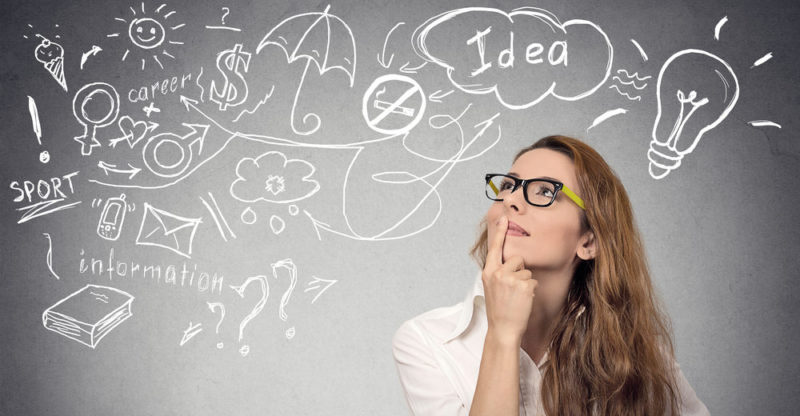 Ideas provide an innovative or unpredictable solution to a problem.

Nowadays, good ideas are understood to be those that:

Ideas are studied by various disciplines, from philosophy and its many branches, to psychology , psychoanalysis, sociology, and various humanities.