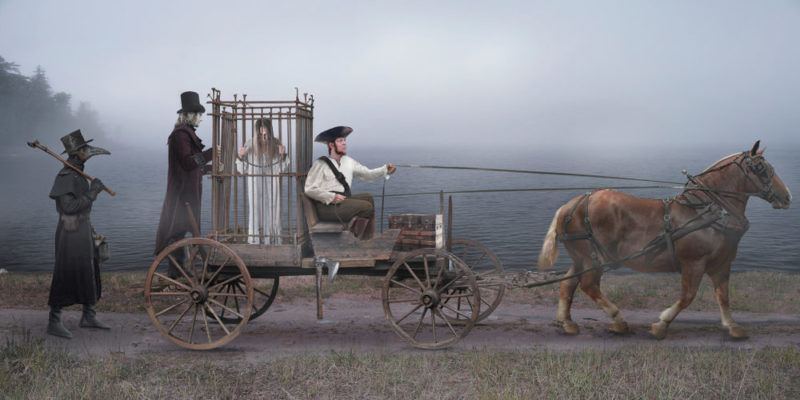 What was the Inquisition?

Origin of the Inquisition

The Inquisition in the Middle Ages

The Inquisition in America

Tortures of the Holy Inquisition

Witchcraft, heresy and other accusations

The case of Galileo Galilei

The case of Joan of Arc

We explain what the Inquisition was, its origin and how it developed in the world. Also, what are its characteristics and consequences.

What was the Inquisition?

Holy Inquisition or simply Inquisition is called a series of institutions belonging mainly to the Catholic Church and dedicated to the detection, persecution and punishment of heresy in its possible facets.

This persecution was carried out by the inquisitors, ecclesiastical agents with the power to put the faith of citizens on trial and to exercise to a certain extent police, judicial and punitive roles.

The number of people who lost their lives at the hands of the Inquisition, subjected to physical torture (to obtain confessions of witchcraft, sorcery, heresy or sodomy) and exemplary punishments, ranging from burning at the stake to drowning, is unknown.

Animals were even put on trial , under the logic that they harbored demonic entities, as well as sanctioning and destroying books, and persecuting their authors.

Origin of the Inquisition 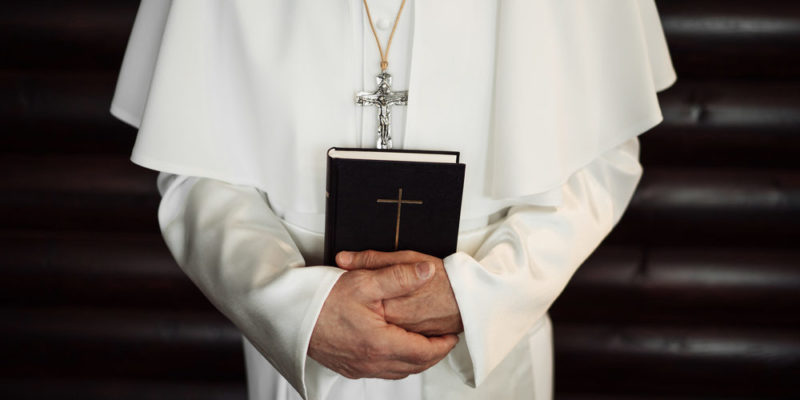 In 1184 the Holy Inquisition was created in Languedoc, in the south of France.

The Inquisition embodies the spirit of European nations after the rise of Christianity , which began to regard heretics as enemies of the state .

This is how the Holy Inquisition was created in 1184 in Languedoc , in the south of France.

It was an institution to combat the heresy of the Cathars or Albigensians, whose doctrines contradicted the Catholic canon.

It was then applied at specific times, such as the kingdom of Aragon in 1249 , thus laying the foundations for what later became the famous Spanish Inquisition, one of the cruelest in history , and also in Portugal and Rome, even reaching the colonies of America .

The Inquisition in the Middle Ages 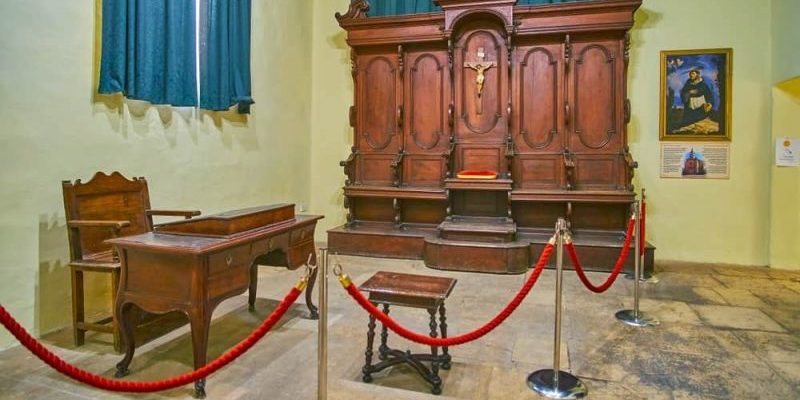 The bishops acted as judges and executioners.

Throughout the Middle Ages , the Inquisition had various formulas and appearances . The first was the Episcopal Inquisition, founded in the twelfth century in southern France by Pope Lucius III ‘s bull Ad abolendam .

In it , bishops were given the duty to extirpate heresy by acting as judges and executioners in their dioceses, but it functioned irregularly and sporadically.

For this reason , the Pontifical Inquisition or Papal Inquisition was created in 1231 , through the bull Excommunicamus of Pope Gregory IX. In this new appearance, the organization would depend directly on the Supreme Pontiff and not on the local bishops, and would fall on the mendicant orders, especially the Dominicans.

Later, in 1252, Pope Innocent IV authorized the use of torture to obtain the confession of prisoners of the Inquisition, through his bull Ad extirpanda .

This gave rise to a whole variety of applicable penalties , among which was the death penalty for heretics who did not abjure their false beliefs. 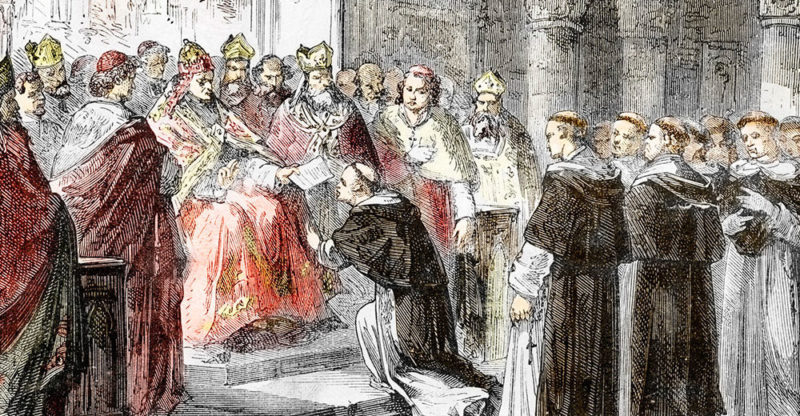 The Spanish Inquisition was promoted by the monarchy.

Although it had already appeared in the kingdom of Aragon, the Inquisition was formally established in the kingdom of Castile in 1478 , by the bull Exigit sincerae devotionis of Pope Sixtus IV, to combat the influence of the Jewish converts in Seville at the time.

Unlike other chapters of the Holy Inquisition, this one was promoted by the monarchy , that is, by their Catholic Majesties, and soon extended its domain to other territories and even to the American colonies.

Thus, it ended up becoming a tool of royal power , as a kind of interstate police agency, common to all Spanish territories.

The Inquisition in America

Courts of inquisition are known to have been held in the viceroyalty capitals or major cities of Hispanic America in colonial times, such as in Mexico , Lima, and Cartagena de Indias.

In the Mexican case, the inquisition arrived together with the Spanish conquerors , so its first “ordinances” were against native settlers , such as the inhabitants of Tenochtitlán or the caltzontzin of the Tarascan people.

After the establishment of the colonial order, a Court of the Holy Office was created , directly dependent on the Council of the Supreme Inquisition.

His authority was in the hands of one or several Spanish inquisitors , who had a body of “consultants of the Holy Office”, a kind of council of learned people to debate difficult decisions.

In addition, there was another group called “qualifiers of the Holy Office” , who helped make decisions in debatable cases.

Tortures of the Holy Inquisition 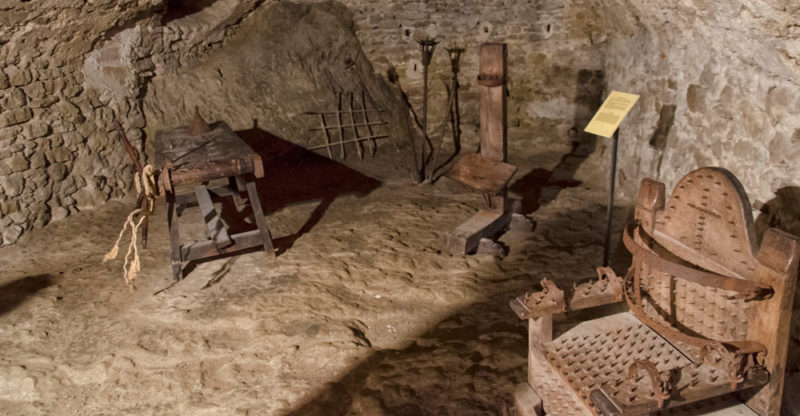 Torture objects from the Inquisition are still preserved.

The methods of the inquisition were particularly violent. Torture, public humiliation and death were common practices in their struggle to impose Christian dogma.

They were practiced under the precept that the mortification of the body saved or purified the soul , so that it was “normal” to exert violence on an accused until he extracted the desired confession.

Once obtained, an exemplary punishment was carried out , such as burning at the stake or drowning, and often the goods and properties of the sentenced person were confiscated by the Church .

Witchcraft, heresy and other accusations

Under the logic of the Inquisition, a simple accusation of witchcraft, demonic pact, alchemy , homosexuality (sodomy), paganism, heresy (disobedience of Christian mandates) or apostasy (rejection of Catholic dogma) were enough to motivate an investigation.

During it, any apparent confirmation of suspicion carried a trial and a sentence . The accused did not have much opportunity to defend themselves, or generally they did after having been physically and psychologically destroyed under torture.

The case of Galileo Galilei 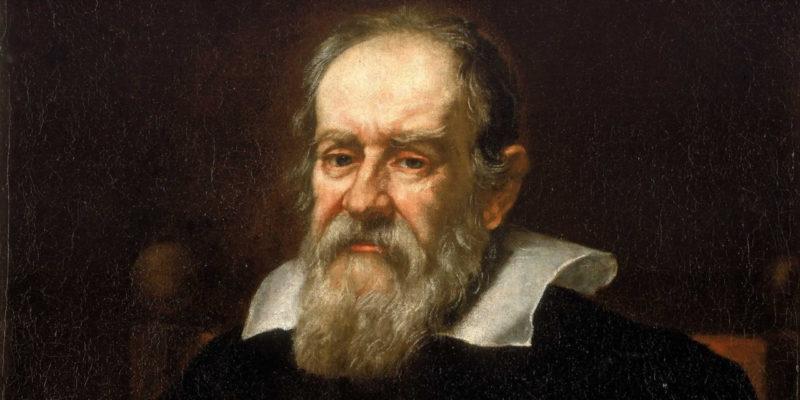 Galilei was accused of defending the heliocentric model.

The scientist Galileo Galilei , defender of the Copernican model of the solar system (and to this day one of the great minds of humanity) had to deal in the seventeenth century with the courts of the Inquisition.

Galilei was tried twice : in 1616 and in 1633 . In the first his work was condemned and in the second he was forced to publicly deny his theories and admit that he had been wrong, that the Earth did not move.

Although under pressure from the Inquisition he denied his own theory , he did so reluctantly, adding according to legend a defiant comment: “ Eppur si muove ” (“and yet it moves”).

The case of Joan of Arc 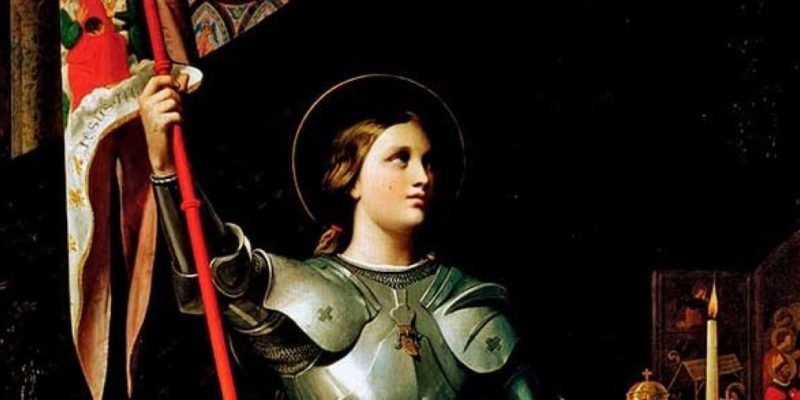 Joan of Arc was put on trial for heresy and was publicly burned at Rouen.

Another famous case of the inquisitorial trials was that of Joan of Arc, a young fifteenth-century warrior who led the French army in its fight against the English, thanks to which the monarch Charles VII was crowned.

Joan was then captured by the Burgundians and handed over to England , whose clerics put her on trial for heresy, and she was publicly burned at Rouen. This inquisitorial trial was under the mandate of Bishop Pierre Cauchon and was clearly a political retaliation, disguised as an ecclesiastical trial.

Between 1266 and 1586 no less than sixty trials were held against animals , accused of crimes against Christianity .

Many animals were tortured and sentenced, even dressed as humans , even though a confession could not be obtained from them. 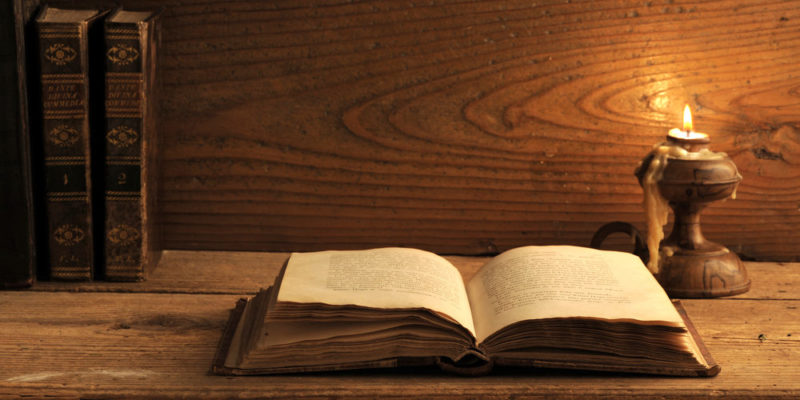 The Malleus Malleficarum was published in Germany in 1487.

Published in the European Renaissance , the Hammer of the Witches is an exhaustive treatise on the hunt for witches , attributed to the great European inquisitors such as the Italian Bernardo Rategno da Como, the Spanish-Belgian Jesuit Martín del Río or the French jurist Jean Bodin.

It was published in Germany in 1487 and went through numerous editions , adding fuel to the fire of witch and wizard hunts throughout Christian Europe .