Paying with a Smartwatch using Google Pay, Apple Pay and Samsung Pay! Is it safe? 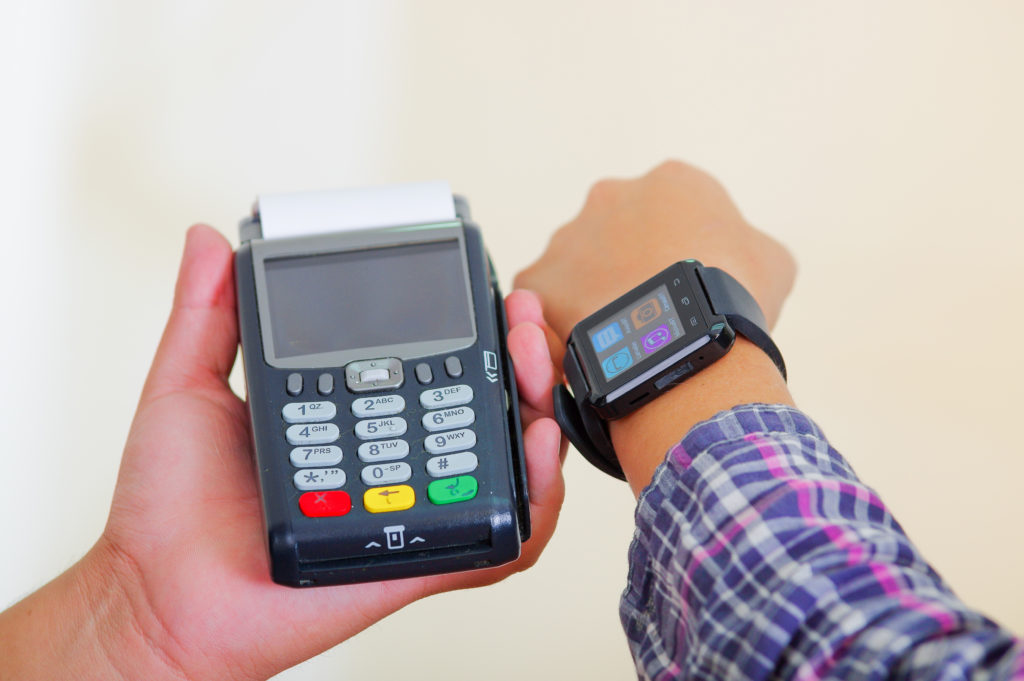 What Are the Different Types of Smartwatch Payments?

How safe are NFC payments made with a smartwatch?

How can you keep your NFC payments from your Smartwatch safe?

Which method of payment is the safest?

Is it possible for smartwatches to accept payments?

Is it safe to use Apple Watch to make payments?

Is it possible to pay using my Samsung Watch?

What's the difference between Samsung Pay and Google Pay?

Is it possible to use Samsung Pay without a WiFi connection?

Is it possible to use Samsung Pay with a debit card?

What is the maximum amount of money I can have with Google Pay?

Smartwatches have come a long way in recent years and are now better than they’ve ever been. Many of them have NFC capabilities, allowing users to pay for purchases using their Smartwatches. Is it safe to pay using a smartwatch, however? Let’s take a look and see what we can learn.

What Are the Different Types of Smartwatch Payments?

You can utilize the supported payment system to make payments via NFC Terminals if your Smartwatch includes NFC. It’s worth noting, though, that not all payment systems are compatible with all smartwatches. In this part, I’ll go over the various payment methods that you can use with your Smartwatch.

Apple Pay is the Apple Ecosystem’s official contactless payment system, which was debuted in 2014. All Apple devices support Apple Pay, including the Apple Watch Series. If you have an Apple Watch, you will be using Apple Pay to make payments.

Samsung Pay is the company’s official payment service. It will be used to make payments if you have a Samsung smartwatch such as the Galaxy Watch 3, Galaxy Watch, Galaxy Watch Active 2, or Active.

Fitbit Pay is the official payment system for Fitbit devices, and if you have a Fitbit Smartwatch with NFC, you may use Fitbit Pay to make payments right from your wrist.

How safe are NFC payments made with a smartwatch?

The process and security are unaffected by whether you pay using your smartphone or Smartwatch. When you place your Smartwatch near an NFC terminal, it creates a connection, and the transaction is validated by the security chip on your Smartwatch. The Payment System you’re using will generate a one-of-a-kind token and code that will be valid only for this transaction. Once you approve it, the transaction will occur, and that token will become unusable.

Your debit card information will not be shared with the NFC Terminal during this process. Only a temporary token will be saved in the terminal, which will be unusable even if hackers gain access to it. As a result, the general security of NFC from smartwatches is rather good, and you don’t need to be concerned. 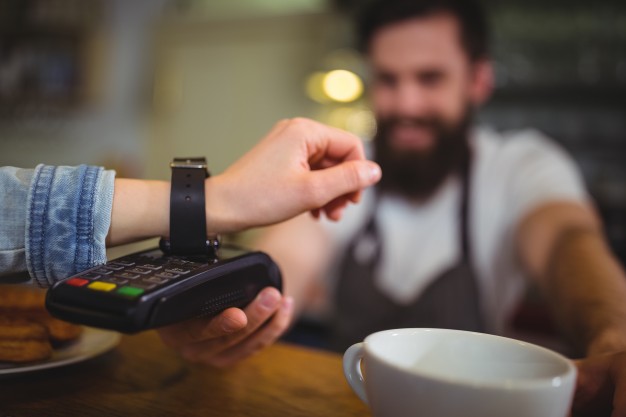 How can you keep your NFC payments from your Smartwatch safe?

NFC Payments are pretty secure, as we described in the last section, but you may still take some extra precautions to protect your money.

The first thing you can do is make your NFC payments PIN-protected. For example, suppose you initiate a transaction. In that case, you will be required to submit your PIN to validate the transaction. You can set up a PIN for NFC payments in popular payment systems like Apple Pay and Samsung Pay.

Similarly, you can turn off NFC when you are not utilizing it, making it hard for others to interact with your NFC Payment system. However, you may not be able to turn off NFC on some smartwatches. Samsung Smartwatches can disable NFC; however, Apple Watches do not. However, it isn’t a significant issue. Any transaction using the NFC Payment system will require your approval at the end of the day.

Which method of payment is the safest?

Security is not a concern whether you use Apple Pay, Google Pay, or any other payment method because they all have a secure mechanism. Almost all of them use a tokenization procedure. Only a temporary token, not your debit card information, is shared with the NFC Terminal. They also use powerful encryption to ensure that the transaction is not intercepted.

Is it possible for smartwatches to accept payments?

Yes, you can use your Smartwatch to make payments at NFC terminals, provided it has NFC and supports a payment system.

Is it safe to use Apple Watch to make payments?

Yes, Apple Watch works with Apple Pay, which is one of the world’s most dependable and secure payment systems. Tokenization and sophisticated encryption are used to keep data and transactions safe.

Is it possible to pay using my Samsung Watch?

Yes, you can use Samsung Pay to make payments if it’s accessible in your region and set up on your Samsung watch.

What’s the difference between Samsung Pay and Google Pay?

Is it possible to use Samsung Pay without a WiFi connection?

No, Samsung Pay is an online payment system, and making payments with it requires a stable Internet connection.

Is it possible to use Samsung Pay with a debit card?

Yes, if you have a compatible Debit Card, you can link it to your Samsung Pay Wallet and make payments with it.

What is the maximum amount of money I can have with Google Pay?

You can only have a maximum balance of $25,000 USD with Google Pay, and you can’t add more money to your wallet.

When you use a Debit Card, you give up all of your personal information, which might be exploited. Apple Pay does not use your debit card information when you use it. Instead, it distributes a temporary token that expires after a transaction and cannot be tampered with.

That’s all there is to it, guys. You learned how safe it is to make payments with a smartwatch in this guide. I also discussed the various payment options available for various smartwatches.