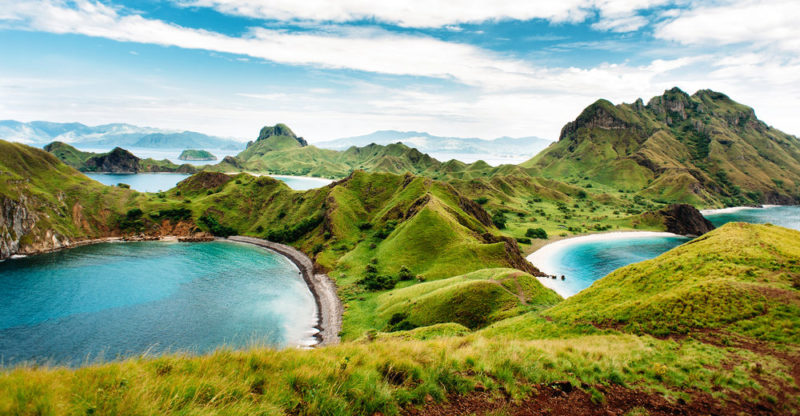 What is Komodo National Park?

Where is Komodo National Park?

How to get to Komodo National Park?

Population of the Komodo Islands

We explain what the Komodo National Park is, where it is located and what its flora and fauna are like. In addition, its characteristics and importance.

What is Komodo National Park?

The Komodo National Park is a nature reserve made up of three large volcanic islands of the Indonesian archipelago: Komodo, Rinca and Padar, as well as other smaller islets that accompany them.

The entire park covers an area of 1,817 square kilometers , of which only 603 are land. In the region there is an important sample of biodiversity , especially underwater, much of which is internationally protected.

Where is Komodo National Park? 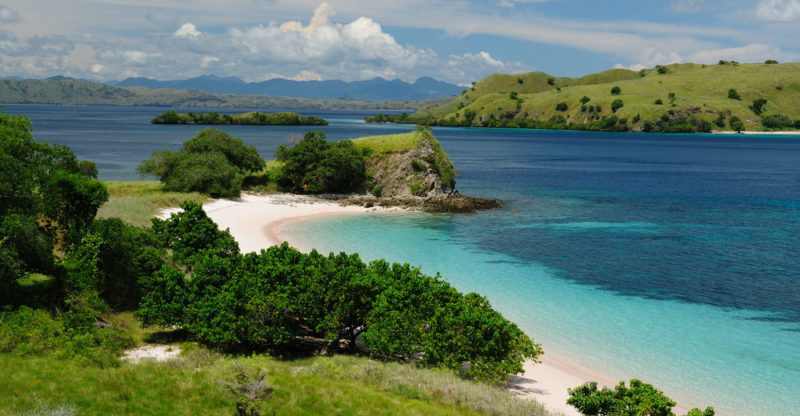 Komodo National Park is located in the Lesser Sunda Islands.

This national park is located in Indonesia , a country in Southeast Asia made up of thousands of volcanic islands, a neighbor of Malaysia, East Timor and Papua New Guinea.

More specifically, the park is located in the Lesser Sunda Islands , on the border of West and East Nusatenggara provinces, west of the Flores Islands in the Indonesian Archipelago.

How to get to Komodo National Park?

The safest route to Komodo National Park requires taking a flight to the Indonesian island of Bali , possibly from the capital, Jakarta, or from a neighboring country.

Once in Bali, you can take another local flight to Labuan Bajo , the main transport hub for the entire island of Komodo. There will be air, sea and land options to access the park. 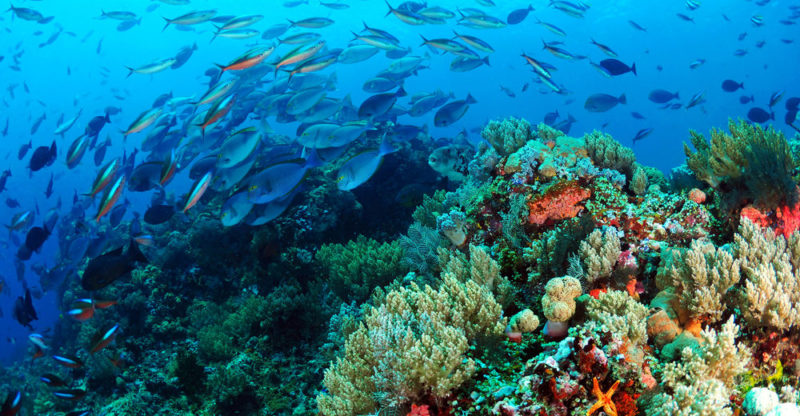 In 2011 it was proclaimed as one of the Seven Natural Wonders of the World.

The park was created in 1980 and in 1991 it was declared a World Heritage Site by UNESCO. Despite being a biologically valuable area, it was created to protect Komodo dragons.

These are large lizards, which are endemic to these islands . They are in extinction, since there were around 5,700 copies four decades ago, currently no more than 3,000.

In 2011 this park was proclaimed as one of the Seven Natural Wonders of the World , along with Table Mountain (South Africa), Iguazú Falls ( Argentina / Brazil ), Amazon Rainforest ( South America ), Ha-Long Bay ( Vietnam), Jeju Island (South Korea) and the Puerto Princesa Subterranean River (Philippines). 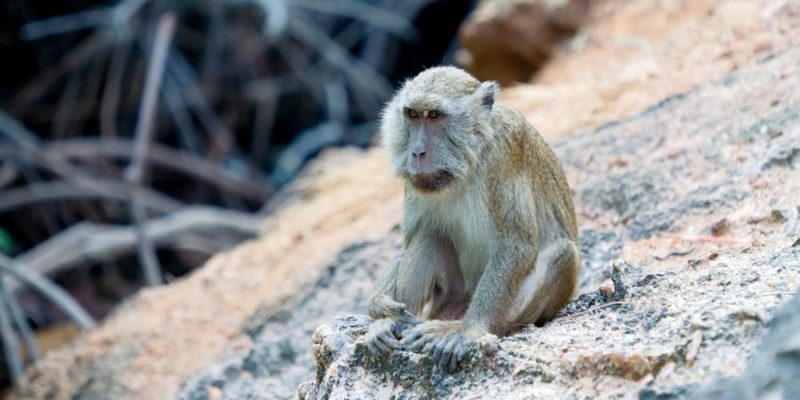 The crab-eating macaque is protected in the Komodo National Park.

In addition to the famous Komodo dragons, the national park is an important reservoir for endemic species , although it is not densely populated. Many of them are species that migrated to the region from Oceania or from neighboring territories, remaining isolated for centuries and embarking on their own evolutionary paths.

Among them are seven species of terrestrial mammals , such as the crab-eating macaque ( Macaca fascicularis ) or certain endemic types of rat ( Rattus rintjanus ). There are also 72 local species of birds , and a vast and diverse underwater ecosystem that nests in the coral reefs of the region.

The flora of the park corresponds to that typical of the South Pacific region , but especially adapted to the arid conditions of the islands , for which wooded pastures predominate in open savannahs. However, there are also leafy jungle regions and deciduous forests , in specific regions of the islands.

Population of the Komodo Islands 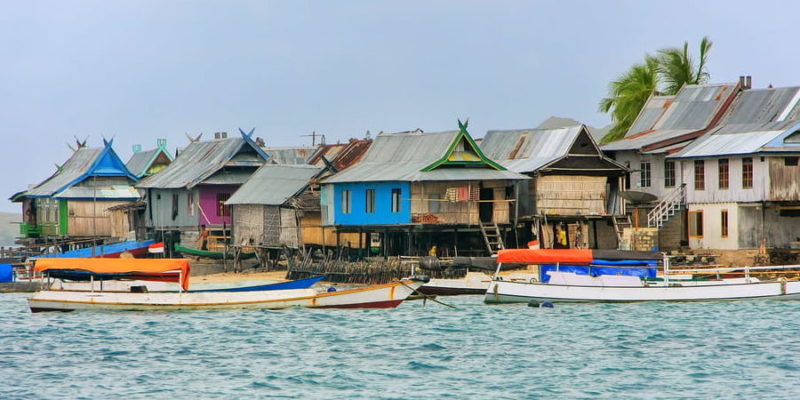 The indigenous inhabitants of the Komodo Islands are called the Ata Modo.

Although it is a National Park and a protected area, about 4,000 people live in the Komodo Islands . Indonesia is ethnically rich and diverse, and in the territory of the islands you can find people from Sumbawa, Flores and South Sulawesi, belonging to the Sku Bajau and Bugis ethnic groups.

The indigenous inhabitants of the Komodo Islands, on the other hand, are called the Ata Modo , and are majority practitioners of Islam . They live from fishing and activities linked to the park.

The climate of the region is dry and arid in its coastal regions, but the slopes of the mountains are green with forests and jungles. The climatic distribution depends on the monsoons and the altitude, in any case: the island goes through 8 months of extreme drought and only a few months of seasonal rains .

Komodo National Park is a unique place for biological and geological reasons. The islands are part of the Pacific Ring of Fire , of volcanic origin. They are home to unique fauna and flora, in many cases at risk of extinction, such as the famous Komodo dragons. As if that were not enough, it is an exceptional destination for diving fans. 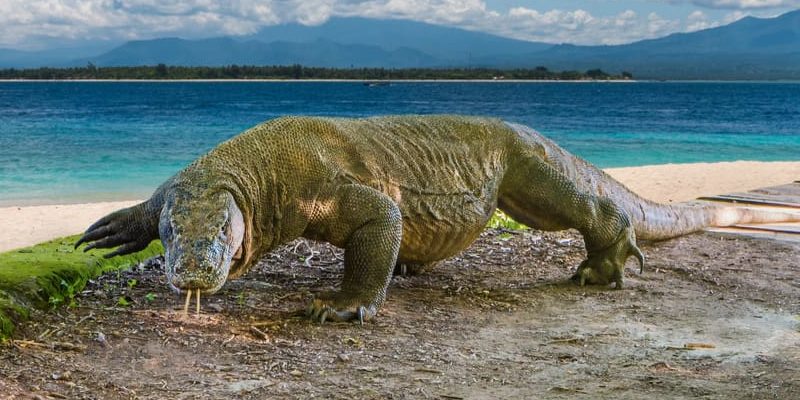 Komodo dragons are the largest lizards in the world (about 70 kg in weight and about 2.6 meters in length). They are endemic to the region where they survive as hunters and scavengers.

They can live up to 50 years , have aggressive personalities and cannibalistic habits. They are among the few vertebrates capable of laying eggs without intercourse and fertilization, by a process known as parthenogenesis.

These dragons, discovered in 1910 for the West , have a poisonous and, above all, infectious bite due to their diet, which makes them dangerous to humans . However, it is forbidden to kill them and their attacks on visitors or residents are really rare.

They are on the IUCN Red List of Threatened Species classified as “vulnerable species”, since it is estimated that the number of breeding females does not exceed 500. 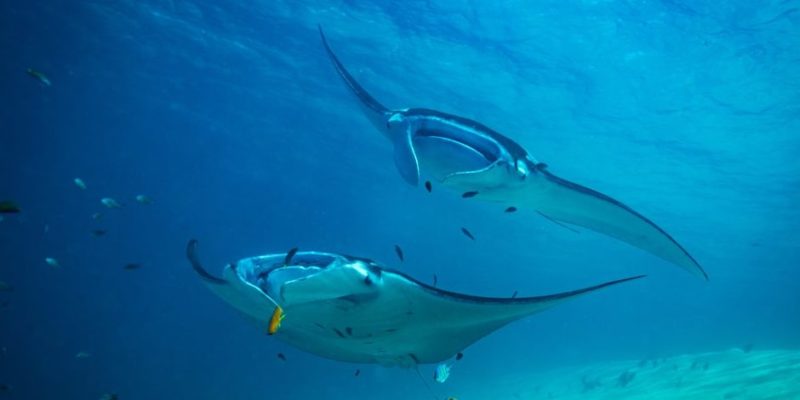 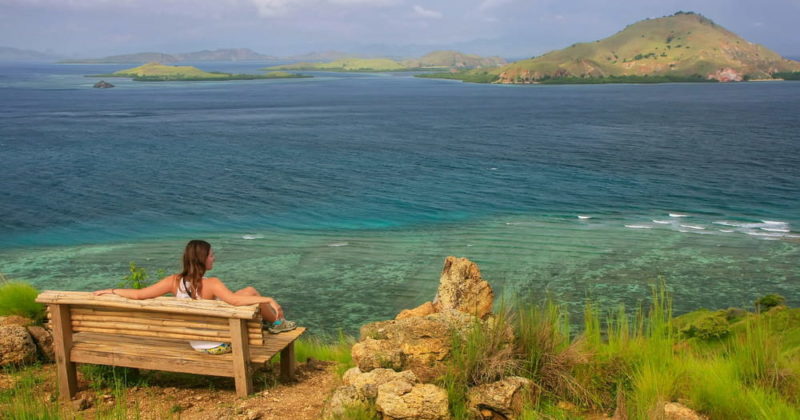 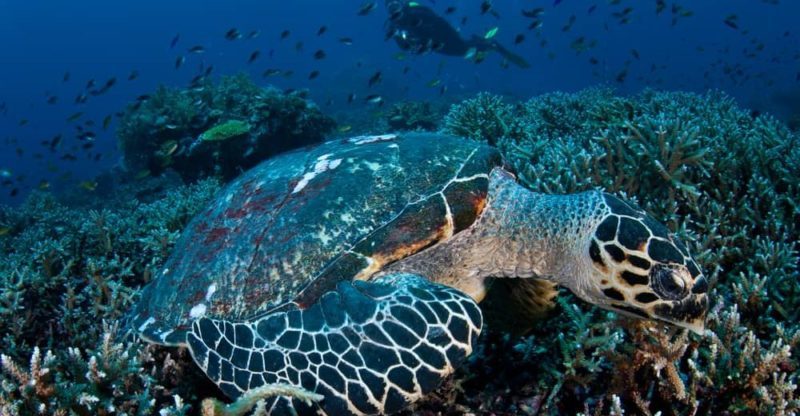 Another of its attractions is diving through its coral reefs. 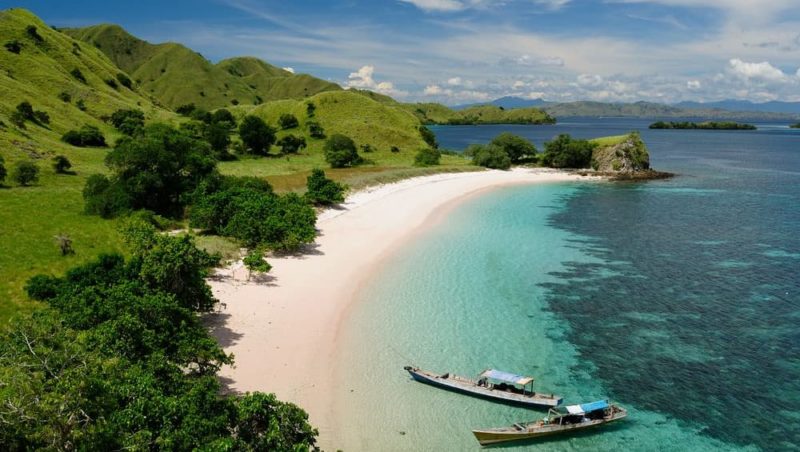 It can only be accessed by sea, since it is made up of islands.