Lead: What It Is, Properties, Uses, Risks, Features And Characteristics 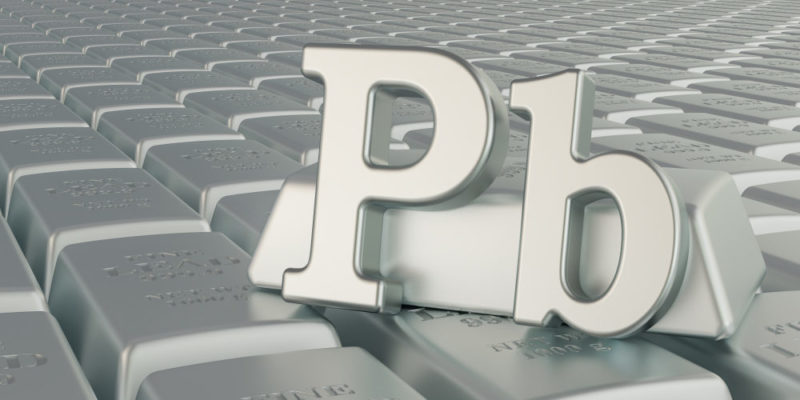 How is lead used?

The word 'lead' in language

We explain what lead is, the history of its discovery and its properties. Also, what are its characteristics, uses and more.

Lead is a metallic chemical element represented by the symbol Pb (by its Latin name: plumbum ) in the Periodic Table of the elements . It has enormous flexibility and can form many chemical compounds. It has been known since ancient times and was widely used in making objects of various kinds, from utensils to ceremonies.

It was the preferred metal for various uses due to its abundance and ease of melting, as well as its cold hardness. However, it has been questioned in modern times as the effects of lead poisoning became known. Consequently, it has been replaced by other less risky materials .

In the Periodic Table, lead has an atomic number of 82 and is in group 14 (IVA). It is located between the metals of the p block, together with germanium (Ge), tin (Sn) and flerovium (Fl). 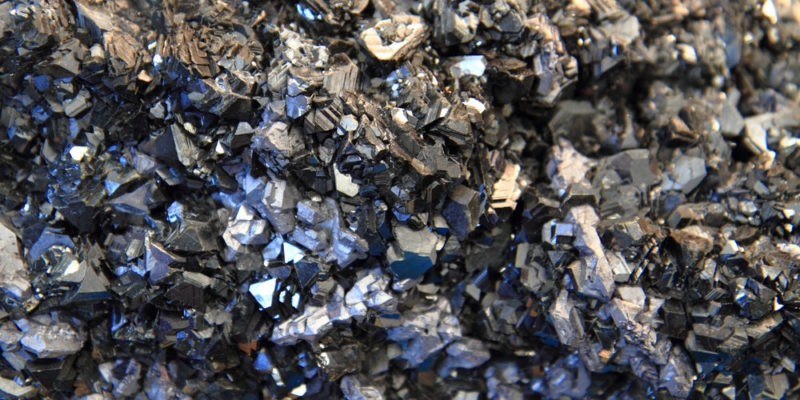 In nature, lead is usually found as part of the mineral galena.

Lead in nature is never found in its pure state , but rather forming metallic salts , oxides and organometallic compounds.

Therefore, to obtain it, these minerals must be crushed and concentrated until reaching at least 70% of the metal.

It is common for lead to be contaminated with silver , gold, and bismuth , and even other elements such as antimony, zinc, and arsenic. These items can be removed during the baking stages to prepare the metal.

Lead also appears as a consequence of the last stage of the natural decay of many radioactive elements, which is why it can be found associated with uranium (U) and thorium (Th), since the decay chains of both radioactive elements culminate in lead. 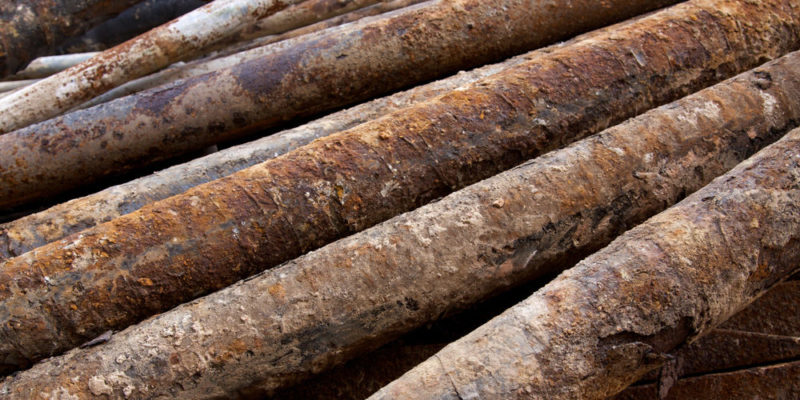 It is impossible to determine which ancient culture was the first to learn of lead and benefit from its applications. However, it is known that the ancient Egyptians , Hindus and Hebrews used it , as they mention it in their texts. For example, the Egyptians were the first to use lead in cosmetic products, as well as in fishing nets, enamels, and ornamental objects.

In classical antiquity it was used by the industrious Romans to manufacture their drainage systems and pipes, as well as in welds. They extracted it from their old provinces of Hispania, Gaul, Britain and Sardinia. At that time, lead could not be totally differentiated from tin , which is why the Romans called lead ‘black lead’ and tin ‘bright lead’.

The ancient alchemists gave lead the symbol of Saturn and it was associated with both the god and the planet . According to Greek mythology , this god was melancholic and devoured his children; something that lead seemed to imitate with its gray color and its low brightness.

The dream of the alchemists was to find the chemical process that would allow them to transform a vulgar metal like lead into a precious metal like gold.

Currently , the toxicity of lead has been evidenced , so it is not used to manufacture water pipes (it was replaced by plastic and other materials) and its use has focused on the production of cable covers, shielding against X-rays. and packaging of radioactive products. 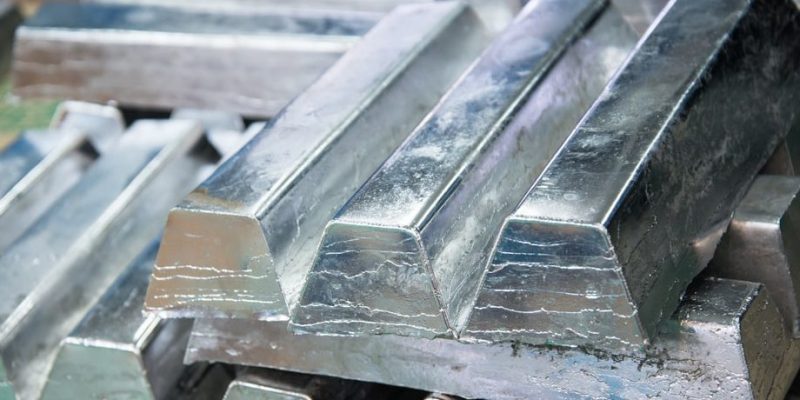 Lead is a heavy metal.

Lead has been extremely useful in industry . It has been used extensively for the manufacture of pipes , conduits and spare parts for the home, although it has been replaced in recent times by other metals and less hazardous materials.

Lead is also used to make containers for radioactive material and other dangerous chemicals, or even as a coating for electrical connections. Thus, its resistance and its ability to act as a barrier to ionizing radiation is used.

At the same time, lead is a common ingredient in the manufacture of ceramics , plastics, and solder alloys . The ammunition of the firearms (the tips of the bullets) and the contacts of the batteries are made with lead in different alloy levels.

It was also used for decades as an antiknock in gasoline (today this use is prohibited) and as an attenuator for sound waves and mechanical vibrations.

How is lead used?

Lead has been extremely useful in industry . It has been used extensively in the manufacture of pipes , conduits and spare parts for the home, although it has been replaced in recent times by other less hazardous metals.

Lead is also used to make containers for radioactive material and other dangerous chemicals, or even as a coating for electrical connections. Thus, its resistance and its ability to contain ionizing radiation are used.

At the same time, lead is a common ingredient in the manufacture of ceramics , plastics, and solder alloys . The ammunition of firearms (the tips of the bullets) as well as the contacts of the batteries are manufactured with lead in different alloy levels .

It was also used for decades as an antiknock in gasoline (today this use is prohibited) and as an attenuator for sound waves and mechanical vibrations. 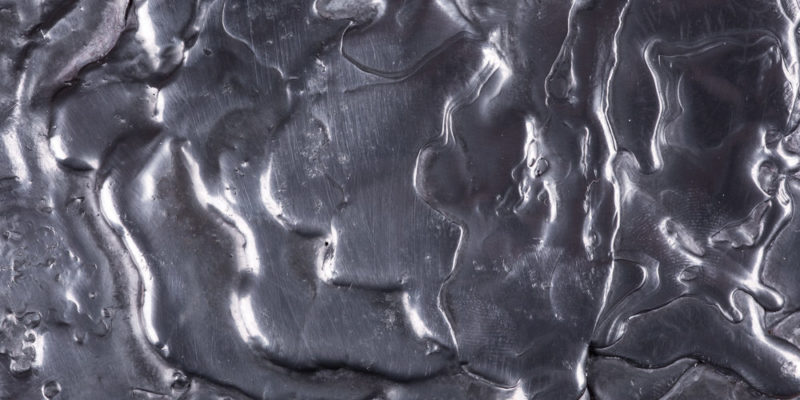 Removing lead is difficult and costly for the body.

Lead is a toxic metal, capable of contaminating the body and causing a disease known as plumbosis or lead poisoning. Lead is absorbed through the skin , respiratory and digestive routes , affecting the nervous and renal systems .

For the body, remove this substance is difficult and expensive . For this reason, given high levels of absorption, the prognosis is quite grim.

Its effect on the nervous system can also be observed in alterations in behavior. For example, it can cause aggressiveness , hypersensitivity, or impulsive behavior.

Lead is a powerful pollutant that has been detected even in the frozen waters of the Earth’s poles. Its high environmental concentration is due to human industrial activities, especially its addition to the combustion process of engines. For this reason, it has been banned as an additive in gasoline.

The poisoning of animals with lead restricts their innate geolocation, balance and magnetoception capacities. In addition, it induces mutations, as well as erratic and aggressive behaviors.

The word ‘lead’ in language 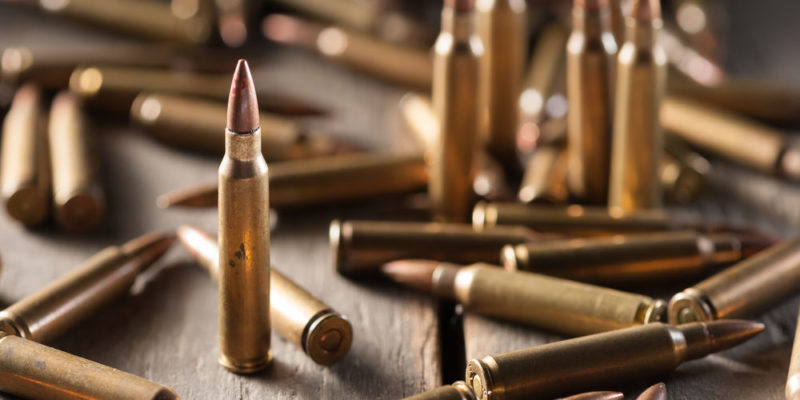 From the use of lead in the manufacture of bullets comes the expression “fill with lead”.

Due to its main uses, lead is associated in most human cultures with everything heavy , hard, and uncomfortable. In many Spanish-speaking countries it is even said “ser un lead” to mean that someone is annoying or difficult to tolerate.

Another associated significance derives from its use in the manufacture of bullets , and can be applied by synecdoche to the complete bullet or to the act of shooting; hence “fill someone with lead” or “put lead on someone” are synonymous with shooting someone.

Mining countries are often the major exporters of lead as a raw material . Among them are: China , Australia, Peru , the United States, Mexico , Russia, India , Bolivia , Turkey and Sweden .