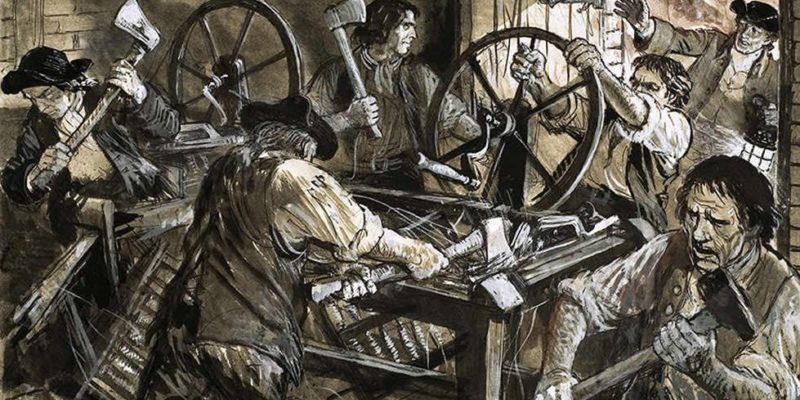 Luddism in other countries

We explain what Luddism was, its main ideas, and its consequences. Also, what are its characteristics and why is it so important.

Luddism was a protest movement of British artisans in the 19th century (1811 to 1816), who violently opposed the Industrial Revolution . They mainly rejected the use of machinery in looms and textile industries, since these advances meant a lesser need for skilled artisan labor , leaving them without work .

This movement is named after Ned Ludd , who is credited with destroying two looms in 1779, becoming an emblem for the rebels, who often engaged in this type of violent practice. That is why they were known as Luddites ( Ludds or Luddites , in English).

Luddism is not an isolated event, but is part of a long history of labor discontent in the British 19th century .

A rural version of Luddism took place in 1830, in the Swing Riots, during which various peasants attacked and broke threshing machines.

However, Luddism began during the Napoleonic Wars , which imposed a difficult economic climate and arduous working conditions on the country.

It had its first moment in Nottingham on March 11, 1811 , expanding very rapidly throughout England in the following years. 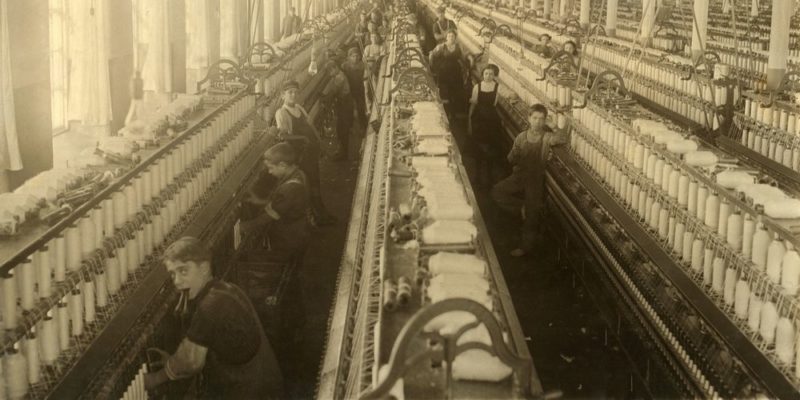 The working day was 15 hours and women and children were employed for work.

Remember that the working day was 15 hours, with low wages or sometimes paid with vouchers accepted in some stores. Women and children were often employed for work, as they were more docile and less willing to protest. The working classes lived in peripheral neighborhoods, crowded and without public services .

Initially it was thought that Luddism suffered from a kind of technophobia or fear of machines, since one of their favorite methods of action was the destruction of agricultural or industrial machinery. However, this was nothing more than a method of pressure on the industrial owners, to force them to negotiate better contractual conditions .

The advent of industrial machines allowed the employment of unskilled workers, who charged less and replaced the old artisans. But they were not only fighting to preserve work in the face of the machines that promised to displace them, but also for a more dignified place in society for the working and artisan classes . 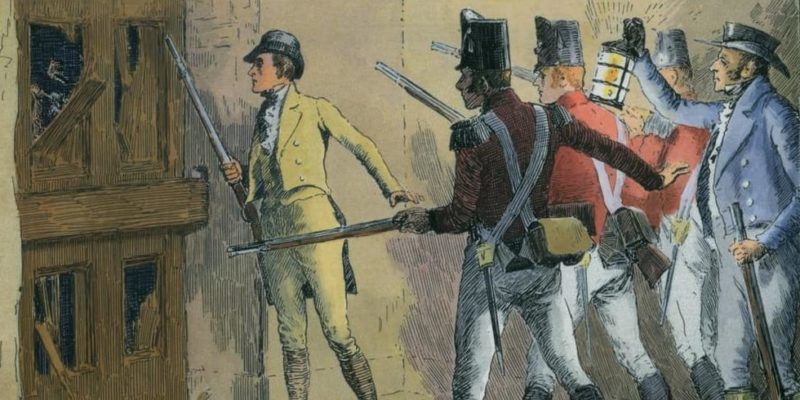 The police defended property owners from nightly attacks by the Luddites.

The Luddites generally acted at night, hooded and avoided violating people , instead attacking machinery, especially textiles. They were led by a mythical King Ludd, also called Ned Ludd, whose existence may not have been real, but he signed letters of threat to his industrial enemies.

The main protests occurred in Nottinghamshire in 1811, in the West Riding of Yorkshire in 1812 and Lancashire in 1813. In 1812 a Luddite gang was massacred under the orders of Horsfall, an employer who was assassinated in retaliation. This violent trend culminated in 1813 with mass trials in York and numerous hangings.

There were subsequent incidents at Loughborough in 1816 and local action at Nottingham in 1817, but the movement largely perished under the intense repression and abundance of the following years. 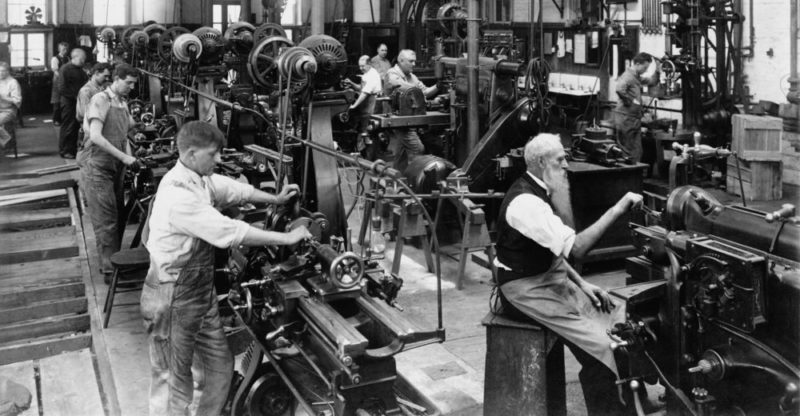 Luddism emerged as one of the first protest movements of the working class.

The Luddites were not immediately successful, but inspired the later actions of a certain Captain Swing in 1830 , who led his troops against the threshing machines of the field, due to similar motivations.

In this context, Luddism emerged as one of the first protest movements of the working class , a prelude to many others to come and which gave rise to other major movements, such as trade unionism , anarchism or communism , during the 20th century .

Luddism in other countries

There were incidents of the Luddite type in Spain , in the so-called Alcoy Events of 1821. In the United States there was a resurgence of Luddism, called Neoludism, which organized a Second Luddite Congress in 1996.

There a manifesto was signed calling for “... passive resistance to consumerism and the increasingly strange technologies of the computerized world.”

Luddism did not achieve immediate effects, beyond the destruction of the machines and the enormous state of tension that cost more lives among Protestants, but it was an unequivocal symptom of the social discontent of the working class and the risks that came with the Revolution. Industrial.

Their protests were not the last workers’ demonstrations against their technological replacement or the precariousness of their work due to the appearance of machines that can do it better, faster and more economically. 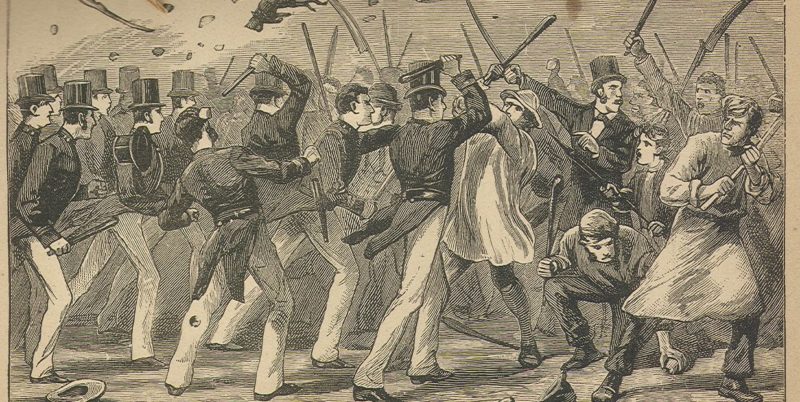 Chartism sought the participation of the working classes in politics.

Chartism was a popular protest movement that began in 1836 and ended in 1848. It expressed the enormous discontent of the working classes at the economic, political and industrial situation, the result of the Industrial Revolution and the Napoleonic Wars .

The movement took its name from the “ People’s Charter ” ( The People’s Charter , in English, for what it is called Chartism ) prepared by its leaders and in which they expressed their desire to have:

This movement is considered one of the first attempts to organize the English working classes, and unlike Luddism it had an eminently political spirit . 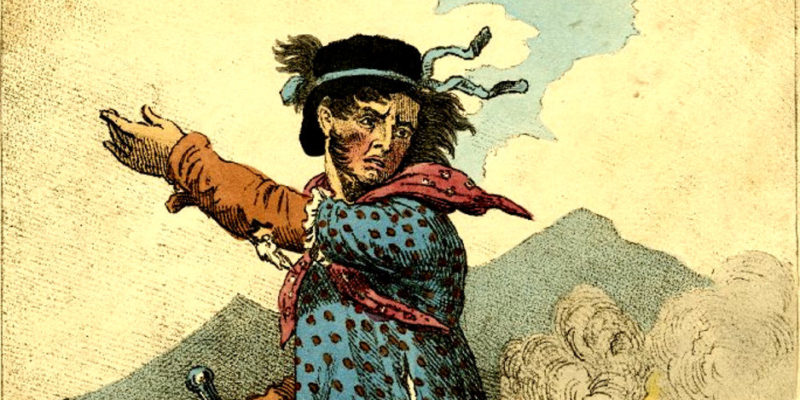 It is not known if Ned Ludd actually existed.

Ned Ludd is supposed to have been the pseudonym of a British worker who lived between the 18th and 19th centuries. His acts of sabotage against textile machines in protest of the suffering of the proletariat made him an icon of the Luddite movement and of all those who opposed machinery.

He may never have existed , not in Leicestershire or anywhere else, but his name is said to have been Ned Ludlam, who was also known as Captain Ludd, King Ludd, or General Ludd.

Along with him, other nicknames signed the threatening letters sent by the movement , such as Lady Ludd, Mr. Pistol, General Justice, No King or Joe Firebrand. There are numerous engravings of the time that represent him.

Today the term “Luddite” lost its character of social protest and refers rather to those who resist technological change for one reason or another. Those who refuse to own and use email , cell phones, or other contemporary technological forms are called that way.