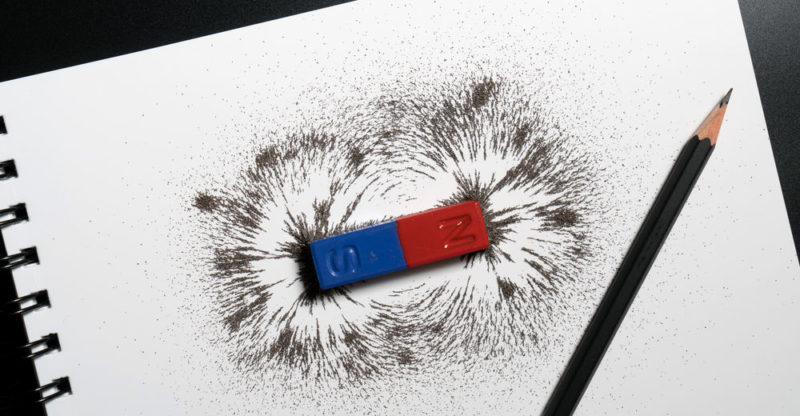 What is a magnetic field?

How does a magnetic field originate?

How are magnetic fields measured?

Direction of a magnetic field

We explain what the magnetic field is, how they originate and the types that exist. Also, what are its characteristics and measurement.

What is a magnetic field?

When we talk about a magnetic field, we are referring to a mathematical representation of how magnetic forces are distributed in space around a magnetic source.

The magnetic field is in the region surrounding the source of magnetic energy and it is in this region where the energy can interact with other elements sensitive to magnetism, such as ferromagnetic metals.

Magnetic fields are always dipolar, that is, they have a north and a south pole , that is, one positive and one negative. They are described in a vectorial way, that is to say, as a set of forces endowed with direction and magnitude , representable by means of vectors on a grid. These vectors behave like compasses and their magnitude of response depends on the intensity of the magnetic force.

As long as there is a source of magnetic energy, there will be a magnetic field to describe how magnetic forces act. The interaction between these fields in electrical devices (such as transformers) is a subject of study in the science of magnetic circuits. 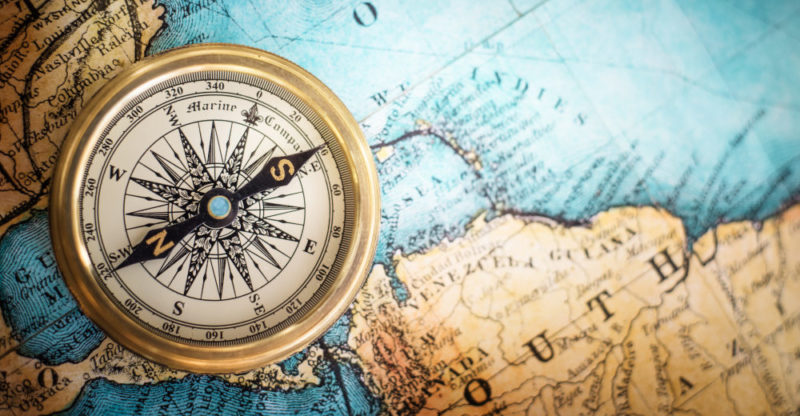 Hans Christian Oersted demonstrated the effect that electricity had on a compass.

Since ancient times, the existence of magnetism and the forces of attraction or repulsion that are generated between magnets have been known. But it was not until the 19th century that the relationship between magnetism and electricity became evident and was formally studied.

Initially only the magnetism of iron (ferromagnetism) was known until in 1820 the Danish scientist Hans Christian Oersted demonstrated the effect that electricity had on a compass and discovered what Maxwell’s equations would describe years later.

How does a magnetic field originate?

For a magnetic field to exist, there must be   a   source   of   magnetic   energy , that is, a magnet or electromagnet, or a moving electric current.

The correlation between electricity and magnetism is described in Ampère’s Law and Maxwell’s equations. The presence of a magnetic field can be detected using a magnetometer .

The so-called Lorentz Force is a way of defining magnetic fields mathematically , since said force is the one exerted by a magnet or an electric current on a region of space where a punctual electric charge (q) moves experiencing the effects of a force proportional and perpendicular to the velocity (v) and the field (B). This load will perceive a force whose module can be calculated according to this equation: 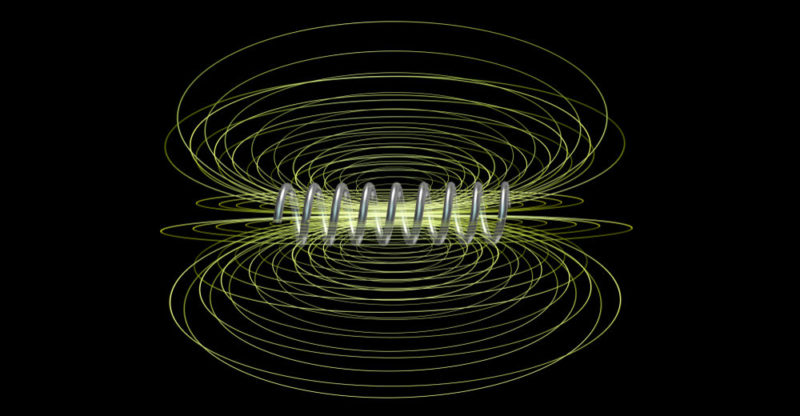 Magnetic fields are classified according to their source of creation, in:

Magnetic field lines or induction lines are a way of graphically representing the action of magnetic forces in space . They are lines that never cross and that are crowded in the regions in which the field is more intense, since the density of lines is synonymous with the intensity of the field.

These lines are the ones that are then represented mathematically as vectors , but in reality they can be verified by means of the simple experiment of placing a sheet of white paper on a magnet and pouring iron filings on the paper, to observe the way in which they are arranged visually. around both poles. 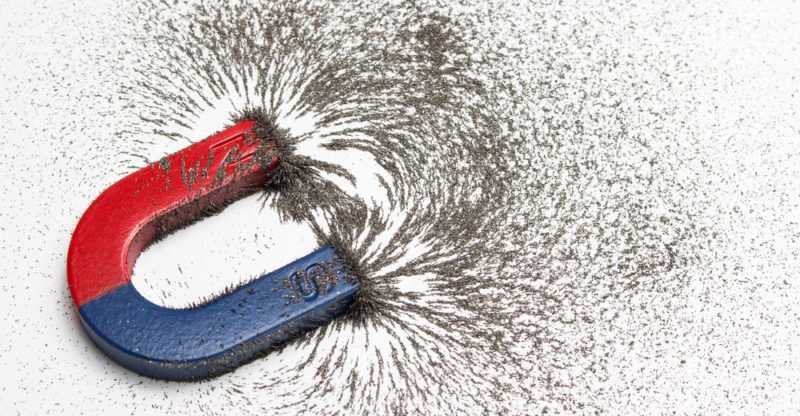 Magnetic induction studies the magnetic field based on its effects on charges.

How are magnetic fields measured?

Being a vector quantity, the measurement of magnetic fields includes both the intensity and the direction of the field.

For direction there are simple measurement mechanisms such as the compass : where the needle points will be the pole, just as it happens on the planet with the terrestrial north pole .

For intensity, on the other hand, in the past the magnetometer was used , capable of measuring the force felt by an electron when moving through the magnetic field.

The first devices of this type appeared in the 19th century, but in 1988 they were improved by the discovery of giant magnetoresistance.

The intensity of the field is measured, according to the SI in Teslas (T) , in honor of the Czech scientist who studied electricity and magnetism, or in Gauss (G) depending on the size of the field to be measured.

Direction of a magnetic field 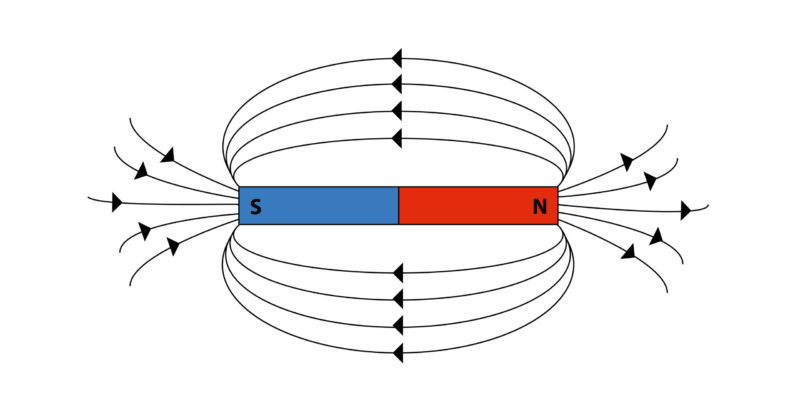 The field strength variables B and H are both vectors.

The direction of the magnetic field is described by lines of force or vectors that indicate the direction in which magnetic forces push a charge in the field.

In fact, the variables B and H of the intensity of the field are both vectors , they have a magnitude, a direction and a sense that are variable according to the proximity of the field region with respect to the magnetic source or pole.

Known as bioelectromagnetism, this phenomenon in living beings of different types refers to the creation of magnetic fields within their bodies or the interaction of some parts of them with the Earth’s magnetic field.

Pigeons and many migratory animals have sensitivity to detect the earth’s magnetic field and know where to migrate depending on the season or time.

In addition, the electrical action of the nerves on the muscles of the body and how the transmission of ions and other magnetic substances allows the nerve connection between neurons to be carried out .

The Earth’s magnetic field protects us from solar winds.

The Earth has a huge magnetic field, known as the magnetosphere or geomagnetic field . It is caused by the constant movement of the planet’s ferromagnetic metal core (mainly iron and copper ) due to the Earth’s rotation.

It fulfills very important roles for the electrical balance of the world , such as protecting us from the solar wind and rejecting other forms of electromagnetism that could be harmful to life (cosmic rays).

In addition, the compasses we use for navigation react to this enormous field, always pointing north.