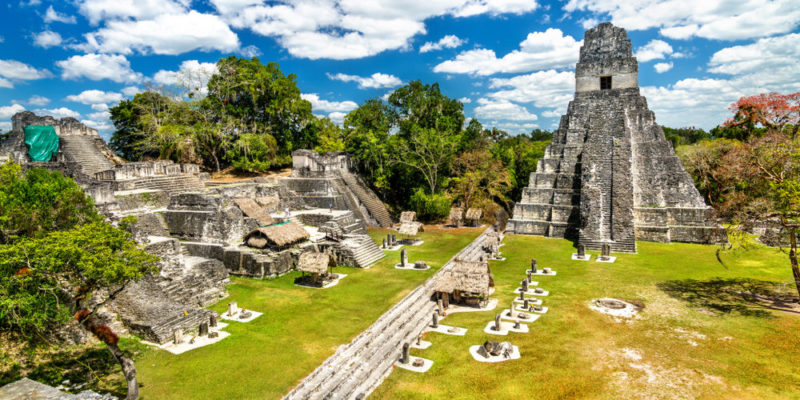 Location of the Mayans

History of the Mayan culture

Political organization of the Mayan

Social organization of the Mayan

We explain everything about the Mayan culture and the periods of its history. In addition, its characteristics, political organization and more.

The Mayans created the most complete writing system in pre-Columbian America.

The Mayan culture or civilization was developed by one of the most prominent pre-Columbian Mesoamerican peoples , whose beginnings are traced from the Preclassic Era (2000 BC - 250 AD) of the continent and its last vestiges until the Postclassic Era (900-1527 d. C.), when the Conquest of America took place .

The Mayans developed in various aspects, achieving the only complete writing system in all of pre-Columbian America , and leaving an important legacy in artistic, architectural, mathematical, astronomical and ecological matters.

During its heyday, the Mayans were the dominant culture in the region , covering almost the entire Mesoamerican territory and maintaining very dynamic relationships with other local cultures, such as the Olmecs or the Mixtecs . Next, and as a summary, we explain the most outstanding characteristics of the Mayan civilization.

Location of the Mayans 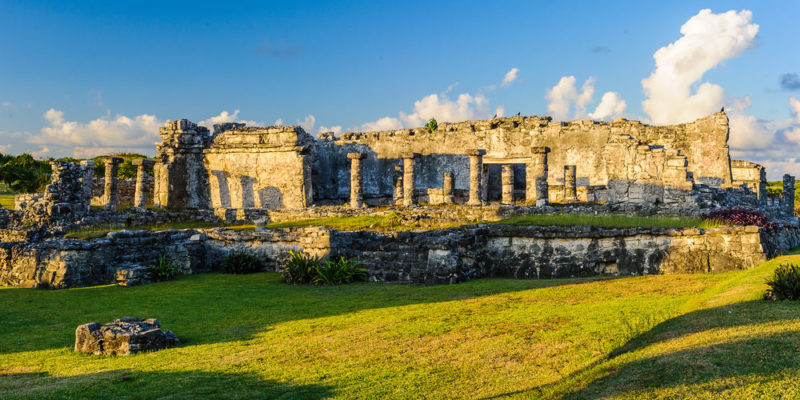 The Mayans came to expand throughout the entire Yucatan peninsula.

The Mayan peoples arose in the Mesoamerican continent, considered one of the six cradles of humanity , and they came to expand throughout a territory that today encompasses the southeast of Mexico and the north of Central America : the entire Yucatan Peninsula, all of Guatemala and Belize, as well as western Honduras and El Salvador.

History of the Mayan culture

The history of the Mayan civilization is extensive: almost 3,500 years long. For this reason, it is usually divided into three large periods: 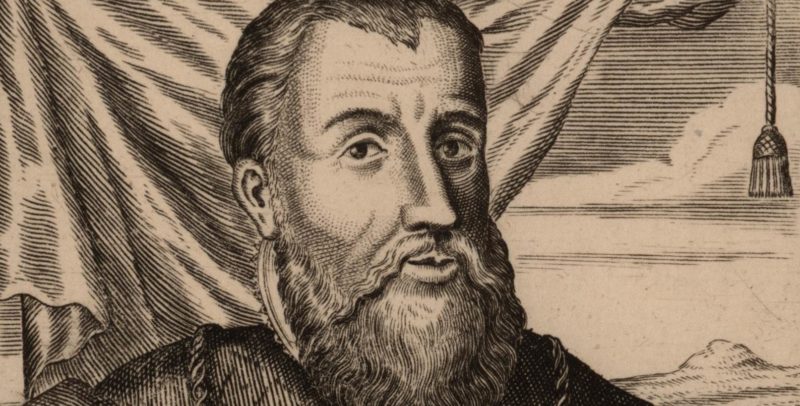 Like so many other Native American peoples, the Mayans welcomed the Spanish conquering armies with weapons in hand . However, the quarrels between the various Mayan kingdoms were cleverly exploited by the conquering armies, who formed and broke alliances at their convenience and in 1697 the last of the independent Mayan cities fell, Nojpetén of the Itzá kingdom, at the hands of Martín de Urzúa.

Political organization of the Mayan

The Mayans, unlike the Aztecs or the Incas , did not form a central political system , of a single state or kingdom. Instead, they operated between the coexistence of diverse states and chiefdoms, which eventually achieved temporary regional dominance.

All, however, consisted of variants of a theocratic monarchy , whose king was imposed by divine will from a political elite, so intrigues and alliances between the various castes were frequent and destructive.

Social organization of the Mayan 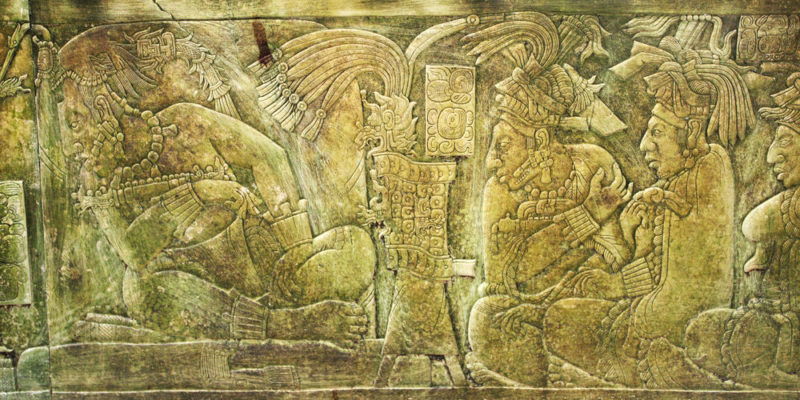 The Mayans sustained themselves on the basis of military force and religious tradition.

Initially, Mayan society was divided between the ruling elite and the mass of commoners , an order that was sustained on the basis of military force and religious tradition.

However, the sustained growth of the Mayan states allowed the emergence of more complex economic and political classes , which distinguished low-ranking priests, soldiers, artisans, and officials from the rest of the peasantry and serfdom, or slaves. 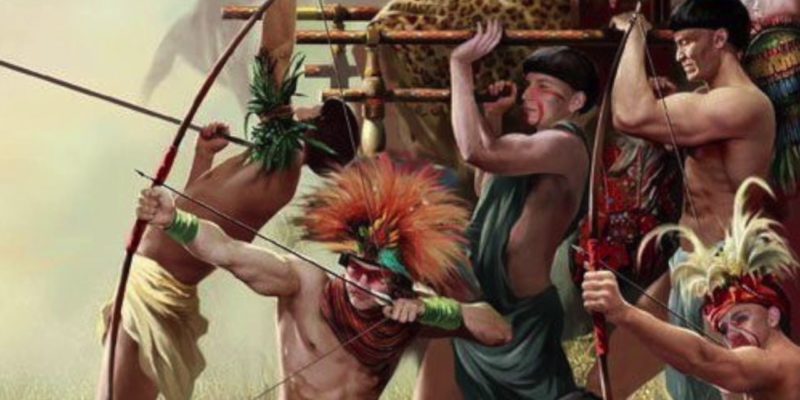 In the postclassic period the Mayans began to use the bow and arrow.

The Mayans were assiduous warriors and witnessed numerous political-military conflicts throughout their history . The Mayan kingdoms competed with each other for dominance and the war culture was central in their conception of the world: the humiliation or sacrifice of the defeated warriors, as well as the reward of the great fighters with parts of the body of the fallen were common practices.

His favorite weapons were blowguns, obsidian swords and especially the atlatl , a kind of long spears, although in the post-classical period the bow and arrow, commonly used for hunting, prevailed. 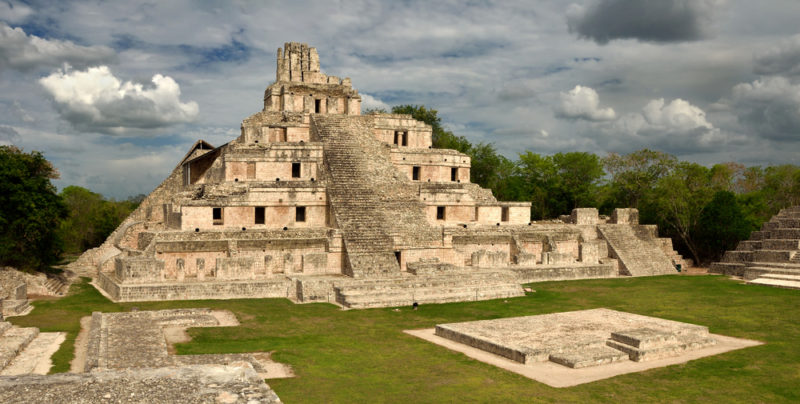 The temples occupied a preferential place in the Mayan city.

The Mayan cities varied considerably in their architecture , although they possessed similar characteristics. Each style depended on the materials available , the specific topography, and the preferences of the elite, whose buildings were always the most durable.

The temples occupied a preferential place in the Mayan city, as well as the palaces for the rulers. The houses of the common people were made with softer materials and that is why they did not last, so we are very ignorant about the popular classes of the Maya. 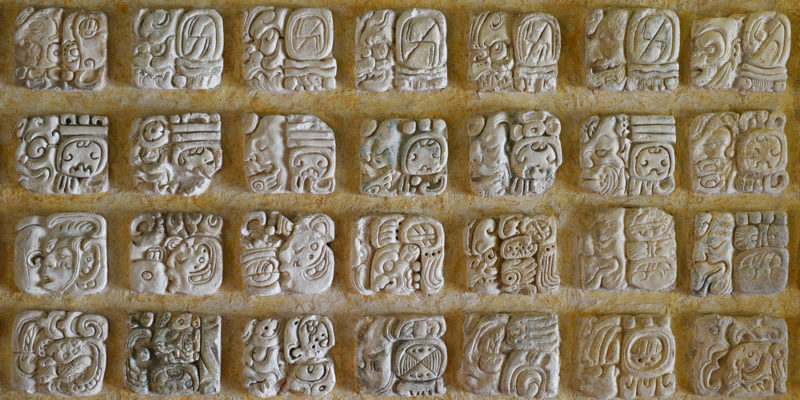 The Mayans used to write on vessels, murals, and stelae.

The Mayans achieved the most advanced writing system in all of pre-Columbian America , whose beginnings are estimated between the 1st and 2nd centuries AD. C. on the coast of present-day Guatemala. Its system is very similar to the isthmic writing (logograms) also Mesoamerican, so it is suspected that they arose in parallel. The Mayans used it to write on vessels, murals, and stelae.

The Mayans created a number system based on 20 , which consisted of lines and dots to represent the figures, with the absolute innovation that they added a sign to represent zero. This is often considered a Mayan contribution to humanity, although it may have been preceded by the Babylonian system. 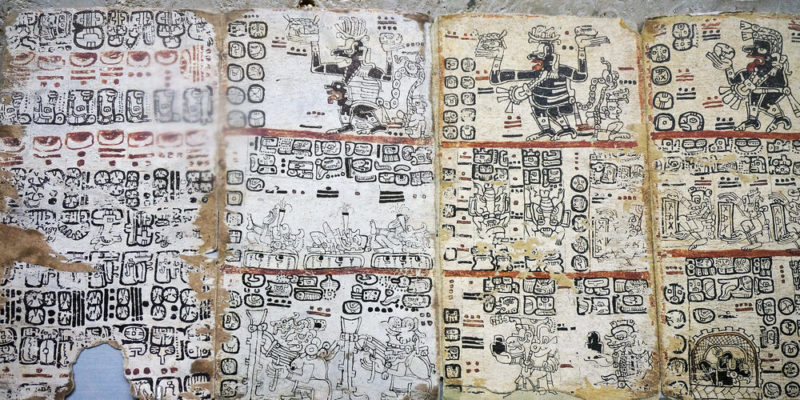 Most of the Maya texts of the classical period found are in classical Choltí.

The language spoken by the Mayans was diverse, that is, it was not just one. The ancestral protomaya would have derived in a set of Mayan languages , which obeyed the different kingdoms that spoke them: the Huastecan language, the Quichean, the Mamean, etc. However, most of the Classic Maya texts found are in Classic Choltí.