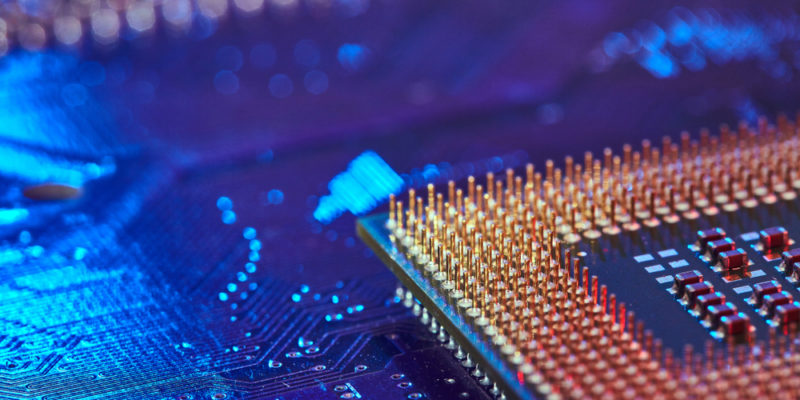 What is a Microprocessor?

Evolution of the microprocessor

We explain what a microprocessor is, what its functions are and how it is classified. Also, its features, architecture and more.

What is a Microprocessor?

The most complex integrated circuit in contemporary computer systems is called a microprocessor (or processor) . This circuit plays a role analogous to the brain in the order of the computational system.

The processors are in charge of the calculations and formulations necessary to execute the different programs that operate in a system, from the operating system (which regulates the basic functions of physical and digital operation) to the applications executed by the user. However, it does so through a low-level language , that is, through arithmetic and logical operations and access to computer memory.

This type of semiconductor circuits operate by denying and allowing the passage of electric current , according to the principles of the binary code (0 negative – 1 positive). The name “microprocessor” comes from its gradual decrease in size as its materials become more efficient, lighter and smaller, in accordance with the advance of the Information Revolution of the second half of the 20th century .

Evolution of the microprocessor 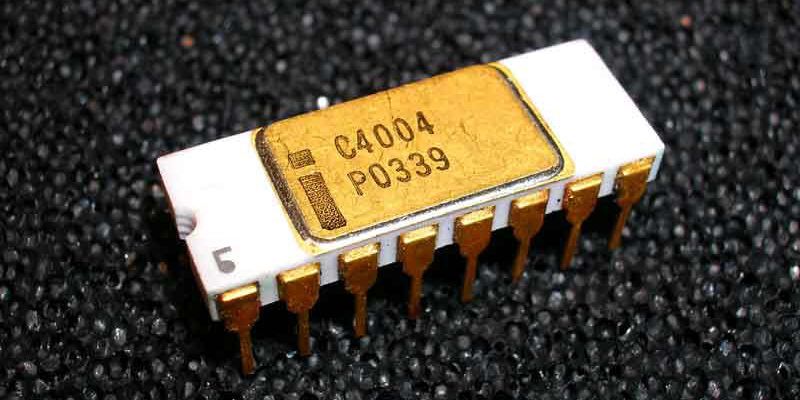 The first microprocessor was developed in 1971 and was called the Intel 4004.

The origin of this technology comes from the union of computing and semiconductor technology , which began around 1950. The first processor was produced in 1970, the result of a long path of innovations in computing as a result of the Computing Needs of World War II .

The first microprocessor was developed in 1971 and was called Intel 4004, it was created for a calculator and it was a computing revolution.

The creation of digital circuits, transistors and the well-known downsizing of technologies throughout the late 20th century led to the development of the microprocessor, a minimal but much more powerful variant in terms of calculation than what had been developed until now. date.

Thus, it was possible to unify the components of a processor in a minimal unit that did not require numerous chips , but rather operated within an integrated circuit. 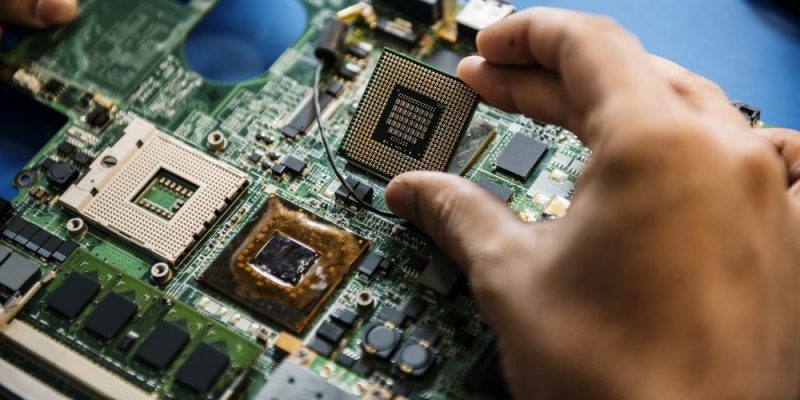 The microprocessor is the computing heart of the computer.

The functions of the processor are central to the computer system since it is the one who processes the information of all the programs executed , from the basic ones of the operating system or self-management, to those that interact with the user or control peripheral devices.

It is the computing heart of the computer , where all information is reduced to arithmetic operations, calculated at supersonic speed.

The performance of microprocessors is traditionally measured in megahertz or, more recently, in gigahertz (between 1.5 and 4), which is nothing more than the clock frequency description of the amount of data that a processor can calculate in one unit. of determined time .

This is a particular measure of the processor alone since its general performance will depend largely on the rest of the system components, such as RAM or software . 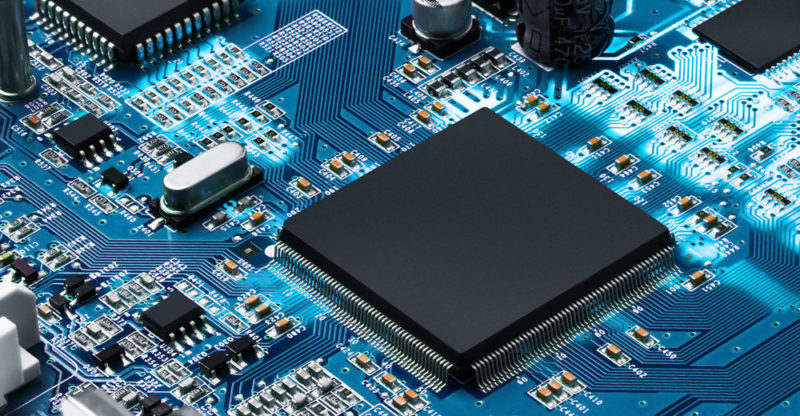 The calculation capacity of the microprocessor will depend on the number of cores.

Microprocessors perform calculations under a control program; in that they resemble tiny calculators. In that sense, they are composed of the following parts: 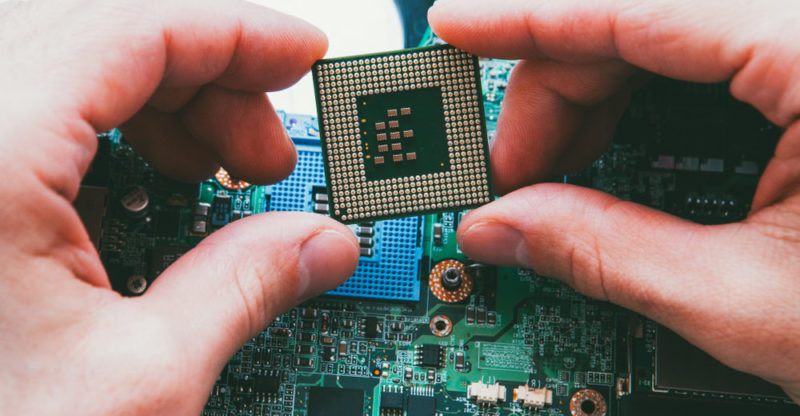 The gold pins connect the microprocessor to the outside world.

The manufacture of microprocessors is a complex industrial process, which begins with the manufacture of very thin sheets (10 microns thick) of silicon, obtained from a crystal of molten sand.

The microprocessor paths are printed on these sheets from insulating, semiconductor and conductive materials, then covered with plastics and ceramics to protect them, since a simple speck of dust could ruin the meticulous lithography work.

Then the gold pins are added , very thin metallic wires that will connect the processor with the external world and transmit the electrical impulses.

Microprocessors are part of the CPU of computers : Central Processing Unit. This is nothing more than the computer core of the system, where all the information flow between the different peripherals and the central components of the computer system is centralized. Thus, the processor would become the center of the center of a computer.

The communication mechanisms that a processor has to connect with the rest of the chipset or peripheral devices are called “bus” . These can be serial (in series) or parallel (in parallel), which will depend on the data transmission model that serves to speed up data transmission and processing. 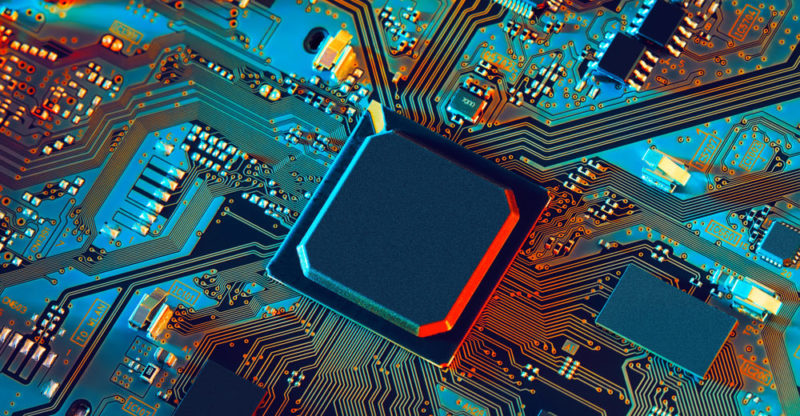 The microprocessor is located on the motherboard of computers.

A good example of a microprocessor is found in any laptop (netbook) that we have at hand. Beyond its multiple specialized components, the computer has a calculation core that solves each and every one of the mathematical operations that make up the different programs with which it operates.

That processor is on the motherboard (or motherboard) and represents the computing power of the computer. They usually carry the make and model of the company that makes them: Intel pentium processors, for example, or Compaq or Acer processors.