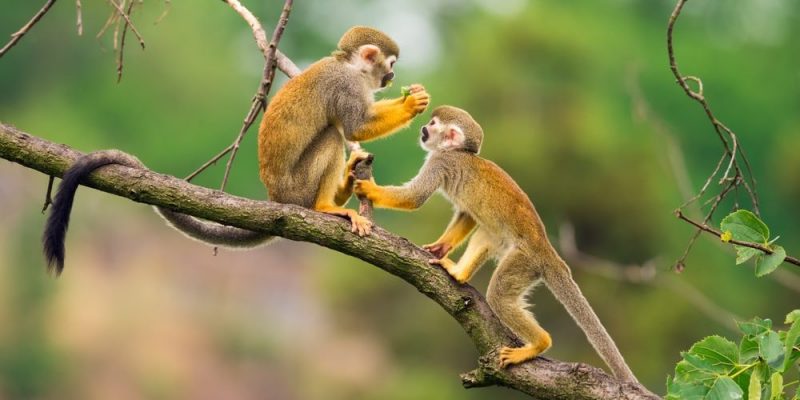 What is the Monkey?

Zoological classification of the monkey

We explain what the monkey is, the types that exist, and what the habitat of this primate is like. In addition, its characteristics, food and more.

What is the Monkey?

A mammal and primate animal is called a monkey, which accompanies the human being in its zoological classification (taxon) and resembles it physically and behaviorally more than any other animal in the world. It is a close relative of our species, although not as much as other types of primates such as the gorilla or the chimpanzee.

They are superior animals, endowed with a high margin of intelligence, which allows them to socialize, organize hierarchically and solve problems in an original way.

There are around 260 species of monkeys on the planet, the vast majority of which are arboreal. Each species receives a different name that, however, is often popularly used as if they were more or fewer synonyms: macaque, baboon, monkey, etc. The name “monkey” is also used as a synonym for “ape”, although zoology distinguishes them: the latter lack a tail.

Zoological classification of the monkey

The monkeys are mammalian vertebrates, of the order of the primates and of the platyrhine families (new world monkeys) and cercopithecoids (old world monkeys), different from the apes, closer to man, also called hominoids (such as the orangutan, chimpanzee, gorilla or gibbons). This difference is that they have a tail, a more primitive skeleton, and generally smaller size. 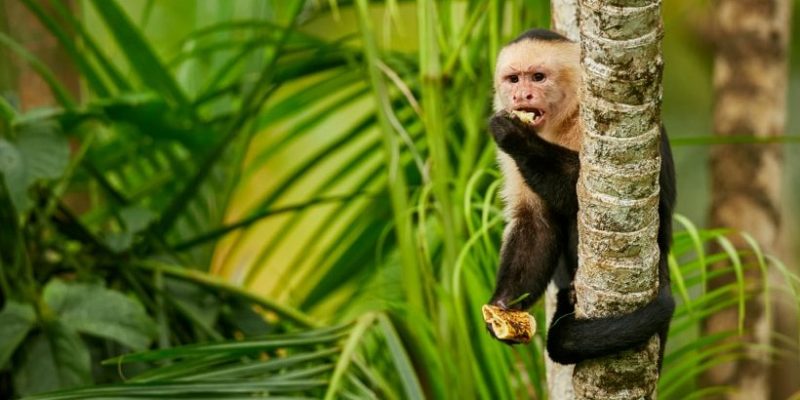 The monkey abounds in regions such as Central and South America.

The habitat of the monkey is the warm and jungle areas of the equatorial region, although each species has adapted to specific conditions in savannas and forests.

In America they are much more abundant in the Central American, South American, and Mexican regions, in Europe, they are in the Gibraltar area, but we mostly find monkeys in the African and Asian jungles.

The misunderstanding of evolutionary theory has led to the popular assumption that the monkey is an ancestor of the human being when in reality it is only a distant relative.

All primates would come from a common ancestor that abandoned the rest of the terrestrial mammals and climbed the trees, around 65,000,000 years ago. In this period, life abounded in birds and mammals and began to adapt to new habitats, such as the arboreal one.

This protoprimate would have engendered the lemurs, lorises, and similar species, thus giving way to the evolutionary branch that would make the first tailed primates appear about forty million years ago, it is speculated that on the Asian continent.

Monkeys are social animals, organized on the basis of hierarchies and capable of providing affection, companionship, and attention at levels reminiscent of humans. Stable groups are managed with strong, lasting relationships, around a male or a group of males that leads. Females usually remain in their birth group for their entire lives.

These groups of monkeys respond to social hierarchies, in which each individual occupies a certain position and shares habits such as mutual grooming, as a way to strengthen the bond between them.

The average lifespan of the monkey varies according to its species. The smallest live for about 10 years, while the largest species can reach 50 years of age.

The diet of monkeys is varied, more or less omnivorous, although with a predilection for fruits, seeds, barks, insects, and common species in the treetops.

However, it is not unusual for some species to hunt rodents and small birds, or even prey on other smaller monkey species. 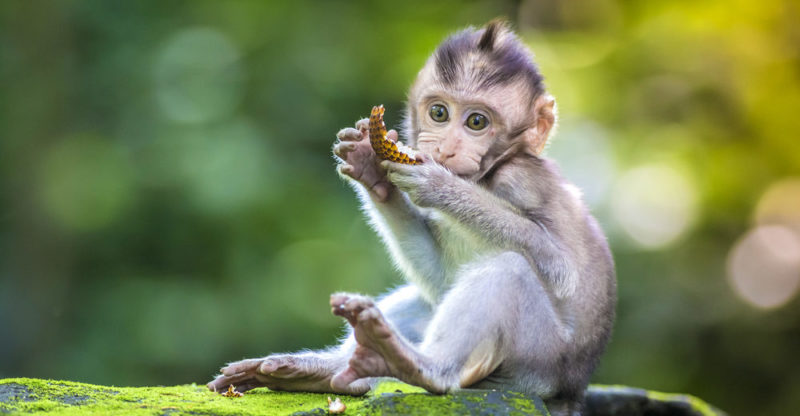 Monkeys, depending on their species, can be polygamous or monogamous until death. Depending on their life cycle, they can reach sexual maturity at 18 months or around 8 years, and their gestation period ranges between 4 and 8 months, at the end of which they usually obtain between one and two young.

The monkeys have limbs adapted to the treetops so that their feet and hands are just as prehensile, that is, they serve to firmly grip the branches.

Thus, they can move with extreme speed and agility. On flat terrain, on the other hand, their locomotion is difficult due to the lack of flatter feet (like humans) to serve as support. 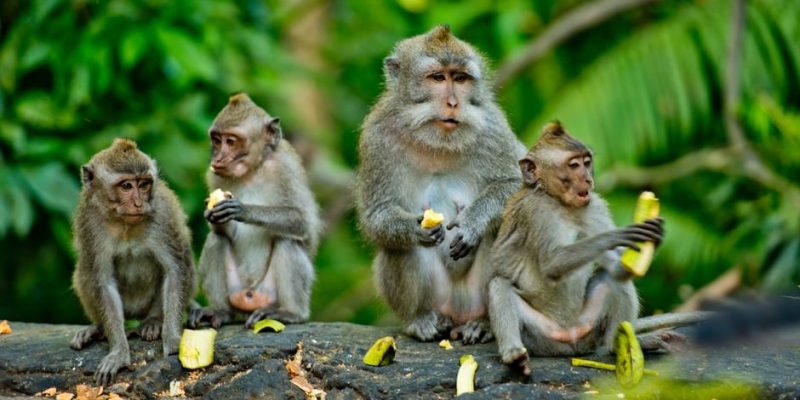 260 species of monkeys are known for a wide variety of traits.

There are more than 270 known and recorded species of monkeys: about 135 in the old world and 135 in the new world. These range from small and agile monkeys such as the American marmoset, to larger and larger species such as the spider monkey or the famous baboon.

Body variation, especially in terms of fur, proportions, and other features is very high so that the native species are easily identifiable and often become icons of the fauna and biodiversity of the different regions they inhabit.

Many species of monkeys are in danger of extinction, due to logging and deforestation that leaves them without habitat.

Furthermore, many of them are hunted as trophies or exterminated by peasants who perceive them as a threat to their crops. Of these, 25 species are considered seriously endangered, mainly in Madagascar (6 species), Vietnam (5 species), and Indonesia (3 species).