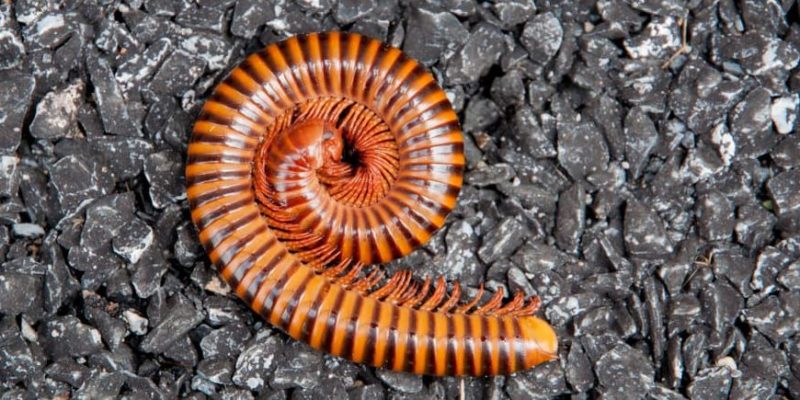 Origin of the myriapods

We explain what myriapods are, how they are classified and the habitat in which they live. Also, what are its characteristics, examples and more.

A group of invertebrate animals , from the phylum of arthropods, popularly known as centipedes or millipedes, is known as myriapods or myriopods . This is due to the fact that they have an elongated and segmented body, with abundant pairs of legs, which in many respects is similar to that of some insects .

Myriapods are not a very well known group, perhaps because they are not easy to find. They are fast, crawling and elusive animals , which at most can be found in specific conditions of humidity, or in dark corners. However, up to 16,000 different species of myriapods are recognized, some poisonous and most harmless.

Origin of the myriapods

The myriapods are evolutionarily linked with the rest of their phylum , especially with the hexapod insects, although there is no scientific consensus on this.

Its biological origin dates back to the Upper Carboniferous period , about 310 million years ago.

In some cases there are records from the Silurian period , more than 400 million years ago, that is to say that they are among the first terrestrial animals.

They are estimated to have changed little since their origins, except in size . There is fossil evidence of myriapods up to one meter in length, since oxygen- rich atmospheric conditions allowed the emergence of animals (especially insects and arthropods ) of enormous size compared to those we know today. 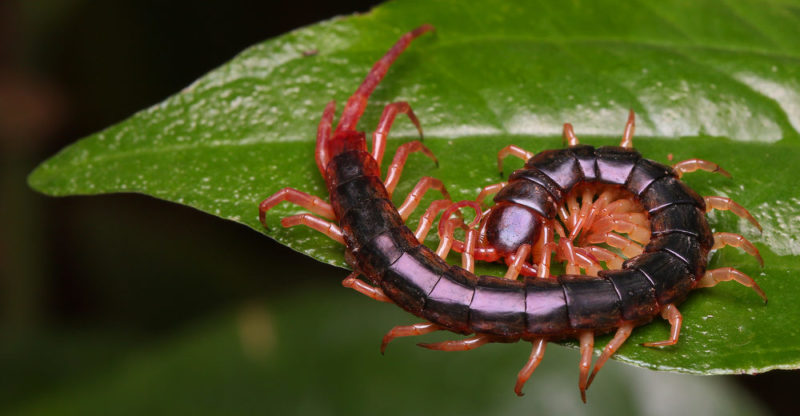 Myriapods can be classified into four well-defined groups: 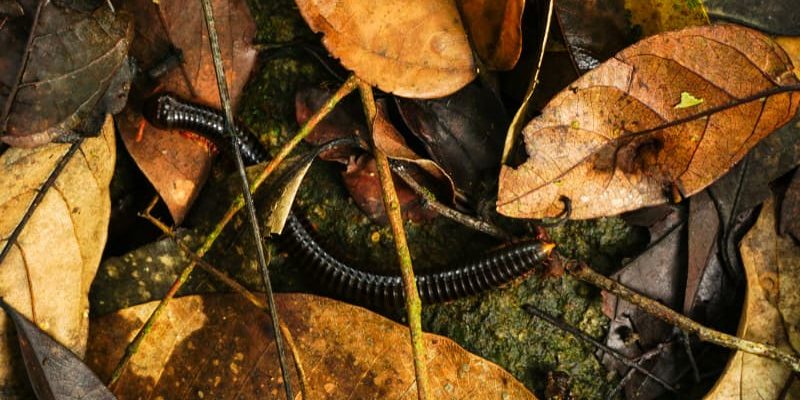 The myriapods in general flee from the light and take refuge under stones, leaves or trunks.

Myriapods generally prefer moisture-rich habitats , as their bodies lose water at a rapid and constant rate. However, it is possible to find species adapted to desert climates and arid surfaces. Most of them are nocturnal animals, which flee to the light and take refuge during the day under stones, logs or leaf litter. 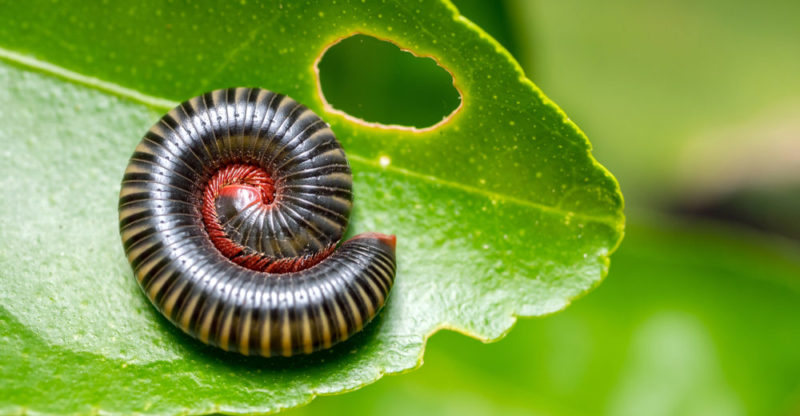 Myriapods are mostly peaceful animals that feed on decaying plants or matter, and even fungi , plant fluids, and other organic debris. The exception is chilopods, which are aggressive predators , endowed with a poisonous bite.

The respiration of these animals is similar to that of hexapod insects. It consists of a system of tracheas and spiracles throughout the body , which is traversed by the hemolymph thanks to a dorsal tubular heart . This design makes them vulnerable to desiccation, as they lack the waxy coating typical of insects. 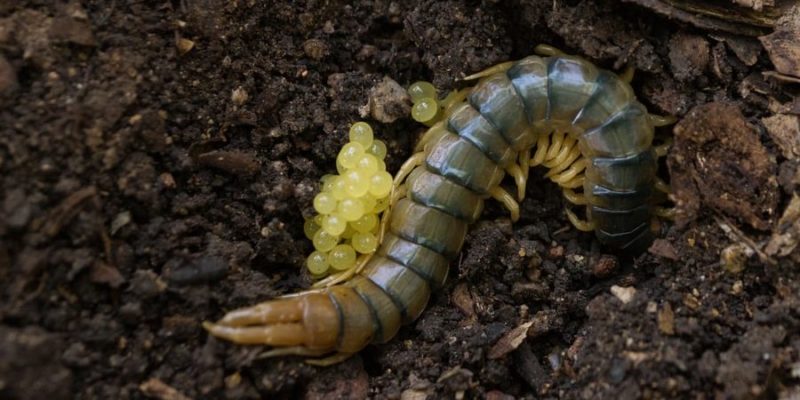 Myriapods are oviparous and can lay up to 300 eggs.

The reproduction of myriapods is sexual , with direct or indirect insemination . In the latter, the male abandons the spermatophores near the female, for her to collect and store them, thus fertilizing her eggs inside her body.

In other species the copulation occurs directly , with the individuals facing each other joining their lower parts, where the gonopods (sexual organs) are.

They are oviparous and the laying is usually numerous (up to 300 eggs) since the female uses the stored sperm. Then they usually guard it until the young are born, after several weeks.

Young are born with few pairs of legs and few body segments ; as they live they add new segments. In some species, newborn young feed on the mother at birth.

The body of the myriapods is made up of two different parts: 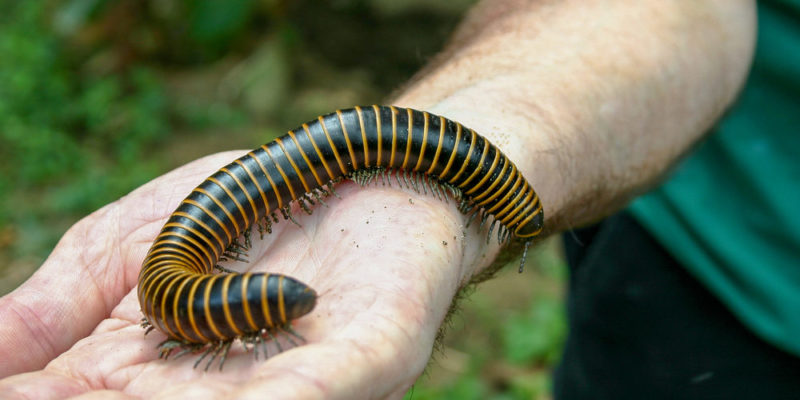 Myriapods are animals that humans are still ignorant of many things. Their skittish nature and quick movements are often intimidating or mistrustful, especially in larger species.

On the other hand, the contact between them and the human being is quite sporadic , and their representation in the culture not too abundant. They are considered mysterious, linked to decomposition and death.

The bite of myriapods only occurs in the case of chilopods, and is usually painful, but not fatal. Its venom is incapable of killing a human , but it does produce redness and swelling that usually disappears within 48 hours. People sensitive to the venom may experience anaphylactic shock, requiring immediate medical attention.

Some species of millipedes secrete irritating substances that can cause discomfort to the touch , especially if they come into contact with mucous membranes or with the eyes . In this case, the area should be irrigated (washed with plenty of water) immediately. 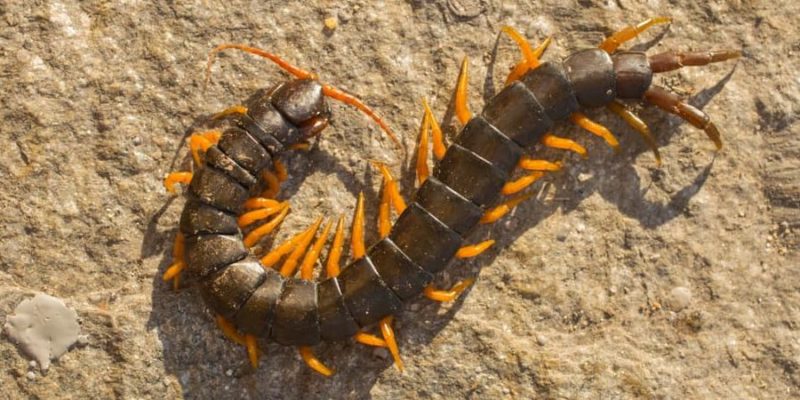 The scolopendra is the largest myriapod in Europe.

Some examples of myriapods are: