Who was Napoleon Bonaparte? Know About His Life, Titles, Characteristics and Death 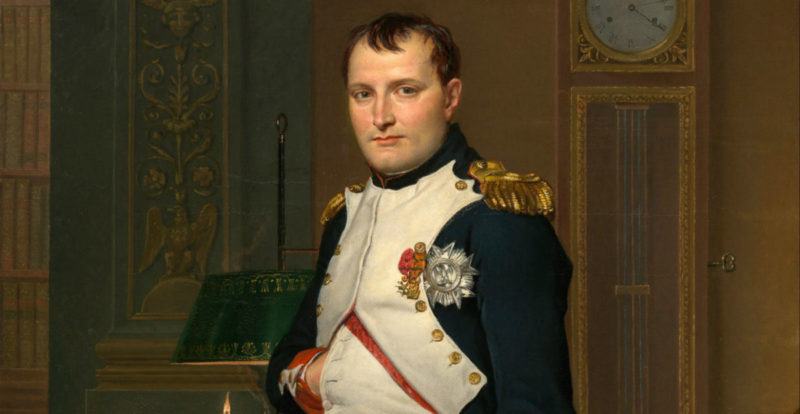 Who was Napoleon Bonaparte?

Bonaparte's role in the French Revolution

Characteristics as leader of Napoleon Bonaparte

We explain who Napoleon was, what his military career was like, and his role in the French Revolution. In addition, his characteristics of leader and death.

Who was Napoleon Bonaparte?

Napoleon Bonaparte was a military man and ruler of French origin , a republican general during the French Revolution and later Emperor of the French and King of Italy . He is famous for having gained control of virtually all of Western and Central Europe in just ten years of political and military conquests and alliances and is considered one of the greatest military geniuses in history .

In addition to his military exploits, he is recognized for his role as emperor , at once iron, tyrannical and cultured: he was often branded as an “enlightened despot”. He is responsible for the implementation of the Napoleonic Code, one of the best known civil codes in the world, approved in 1804 and still in force (although with numerous modifications).

Bonaparte was a key character in the European history of the 19th century and its subsequent evolution, for which he has been the subject of numerous fictional representations and historical essays, as well as his consort, Josephine de Beauharnais.

Napoleon Bonaparte was born in Corsica , just a year after France purchased the island from the Republic of Genoa, on August 15, 1769. He was the son of local nobles: Carlo Buonaparte, a lawyer and court representative of Louis XVI, and Maria Letizia Ramolino.

Napoleon was a sullen, unsociable boy who liked solitude to meditate and was not overly concerned with studies, except for mathematics .

He was also passionate about reading classical literature and felt a deep rage against the French, whom he accused of being oppressors of the Corsicans. At the age of ten he was sent to a military academy in France with his brother José, in Brienne-le-Château. 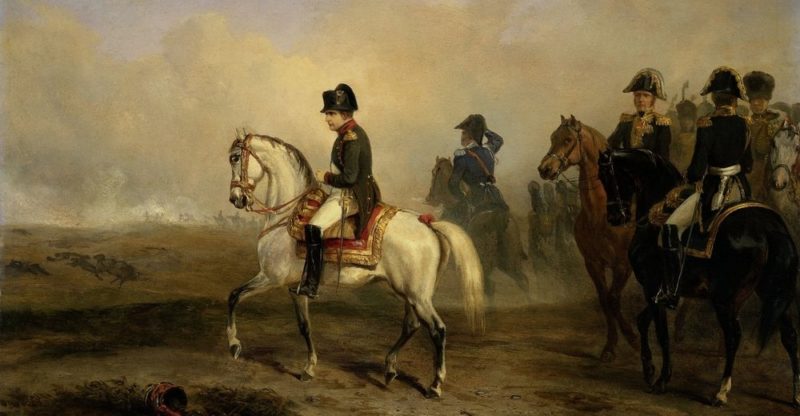 During the French Revolution, Napoleon sided with the Jacobins.

Napoleon served the garrisons of Valence and Auxonne when the French Revolution broke out, he sided with the Jacobins and was promoted to Second in the National Guard of the Island. But in July 1793 he had to leave Corsica together with his family.

Later he was part of the republican army in its fight against foreign enemies and counterrevolutionary factions, where he was given a prominent place in the Directory. At that time he married Josephine de Beauharnais.

Napoleon’s first military successes took place in command of the French army in Italy , in opposition to the Austrians and the Army of the Papal States . He went on to defeat four Austrian generals whose troops outnumbered his army.

Thanks to this victory, he made Austria sign the Treaty of Campoformio that gave France control of almost all of northern Italy, the Low Countries and the Rhine area. He also conquered Venice and in 1797 organized the Cisalpine Republic in the Italian territories. .

His campaign in Egypt, an Ottoman province at the time, was intended to protect French trade and prevent Britain from having easy access to its colonies in India . The Directory approved the campaign, proposed by Bonaparte himself, to remove him from the center of power.

Despite the Egyptian resistance —which never believed his promises of liberation from the Ottomans and his supposed admiration for Islam— Bonaparte outnumbered the English troops at the Battle of the Pyramids and then the Battle of the Nile, where he lost. , however, the entire French fleet.

After conquering Syria, Gaza, and Haifa, Bonaparte returned to Egypt and again to France in 1799.

Bonaparte’s role in the French Revolution

Napoleon returned from Egypt a military hero to find France in a state of instability and internecine strife. A foreign invasion was feared after successive defeats against the Second Coalition army, made up of Austria, Russia, Naples, Portugal and Great Britain.

The Directory was corrupt and unpopular and plans soon arose to execute a coup to bring order to the Republic . These plans were brought to Napoleon by Emmanuel-Joseph Sieyès. 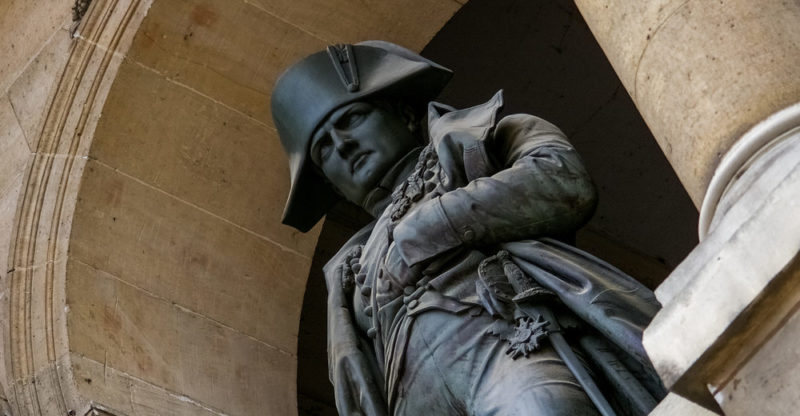 Napoleon drafted the Constitution of the year X, which established him as consul for life.

Bonaparte’s troops took control of France on November 9, 1799 (Brumaire 18 of the year XVIII according to the French republican calendar) and imposed a Constitution (of the year VIII) that appointed three consuls to rule the country, with Napoleon at the helm. head. Then he wrote the Constitution of the year X, which erected him as consul for life.

Numerous French codes were drawn up in this period and a reconciliation was negotiated with the Papacy. Napoleon’s troops marched again to Italy, reconquered by the Austrians during the Egyptian campaign, and through successive victories forced a new armistice with Austria and Great Britain in 1800. Reconciliation with the Pope was achieved the following year.

Napoleon was crowned Emperor of the First French Empire on May 28, 1804, in the presence of Pope Pius VII at Notre Dame Cathedral in Paris.

From then on, the French judicial system and civil legislation were reorganized, more than six Napoleonic codes were implemented that guaranteed the civil liberties conquered in the Revolution, and the educational model in schools was controlled .

The French empire reached its greatest extent in 1810.

Also called “Coalition Wars”, they were a series of warlike conflicts imposed on Imperial France by successive coalitions led by Great Britain.

There is no consensus regarding when they began, but it is thought that they are the continuation of the international conflicts that arose after the French Revolution .

The French Empire reached its greatest extent in 1810 , when Napoleon married the Archduchess Marie-Louise, daughter of the Emperor of Austria.

During these conflicts , the Kingdom of Spain was weakened enough for the Latin American colonies to proclaim their independence, taking advantage of the moment.

Characteristics as leader of Napoleon Bonaparte

Napoleon was an unprecedented military leader . His driving talent was key in his victories and he sustained himself on: 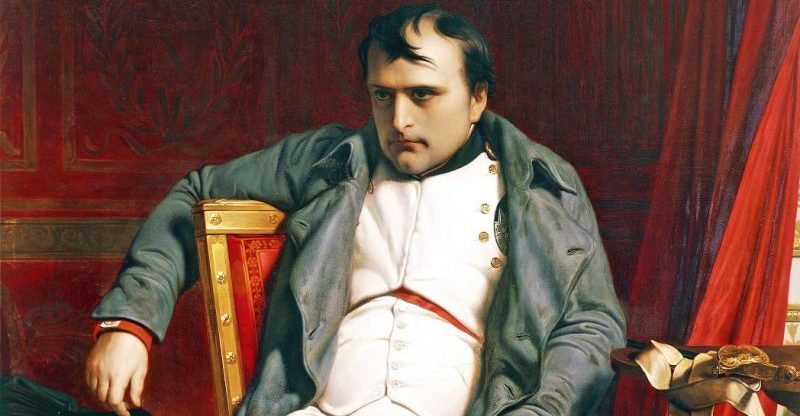 Napoleon was not a very graceful man . His comrades-in-arms nicknamed him Petit caporal (“Little Corporal”, “Little Soldier”) given his minuscule dimensions.

This made his head look particularly large and that in his last years, after having gained weight, his belly was very prominent and his flesh round, swollen . He had a protruding jaw and large nose, pale complexion, and few eyebrows. 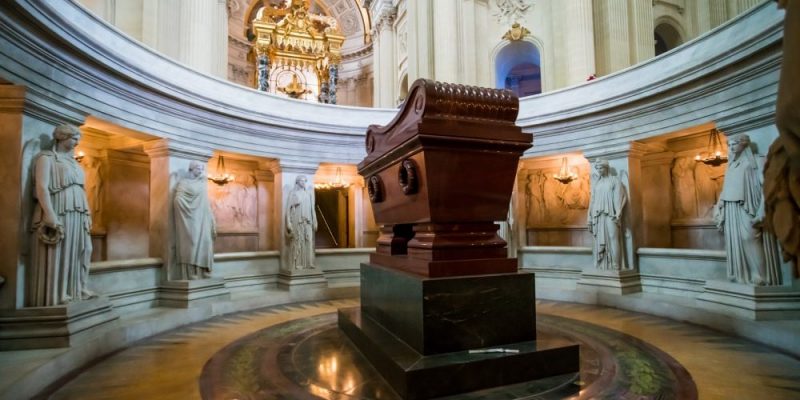 Bonaparte’s tomb rests in the monument of Les Invalides, in Paris.

Finally, Napoleon was defeated in Belgium, at the Battle of Waterloo, in 1815, by the seventh coalition. That same year he was forced by internal pressure to abdicate the throne and go into exile on the island of Saint Helena, in the South Atlantic, where he died in 1821.