What is National Socialism?

Who was Adolf Hitler?

We explain what National Socialism is, the origin of this political doctrine and its characteristics. Also, who was Adolf Hitler?

What is National Socialism?

National Socialism is a political, totalitarian and racist doctrine that was imposed by the hand of Adolf Hitler in Germany and that protected the absolute power of the State . Hitler ruled from 1933 to 1945 under a totalitarian regime , known as the Third Reich, in which individual rights and freedoms were suppressed and all opposition was persecuted.

The doctrine of National Socialism is also known as Nazism , which is the abbreviation of the German National Socialist Workers Party, created in 1920 and led by Hitler from 1921. Nazism was an ideology of the extreme right, anti-communist, anti-Semitic and anti-parliamentarian who considered the Aryan race as a “superior race” with respect to the populations of the other countries of Europe .

National Socialism took control of the German state and suppressed the trade unions and many private entities . As in the Italian fascism of Benito Mussolini, the existence of other political parties was not allowed . Through control of the media, the state tried to position Hitler, called the führer, as an omnipotent leader who was going to rescue Germany .

Who was Adolf Hitler?

Adolf Hitler was a German military and politician who led the National Socialist party , or Nazi party, from 1921 until his death in 1945. Hitler was part of the German army during World War I and began his political life under the banner of rejection of the Republic. of Weimar and the provisions of the Treaty of Versailles of 1919.

After several years as leader of the National Socialist party, Hitler assumed the power of German Chancellor in 1933 and was gaining executive and legislative powers that led him to form a type of anti-democratic and totalitarian government called the Third Reich.

During his 12 years in German power, Hitler sought to unite the Germanic peoples , which involved persecuting and exterminating all non-Aryan citizens . Imperialist ideas led Germany to start World War II in 1939 with the idea of annexing territories.

The persecution of all opposition extended during the Hitler government and went beyond the German borders. During the years that World War II lasted , torture camps were created to enslave and exterminate the races that the Nazis considered inferior. 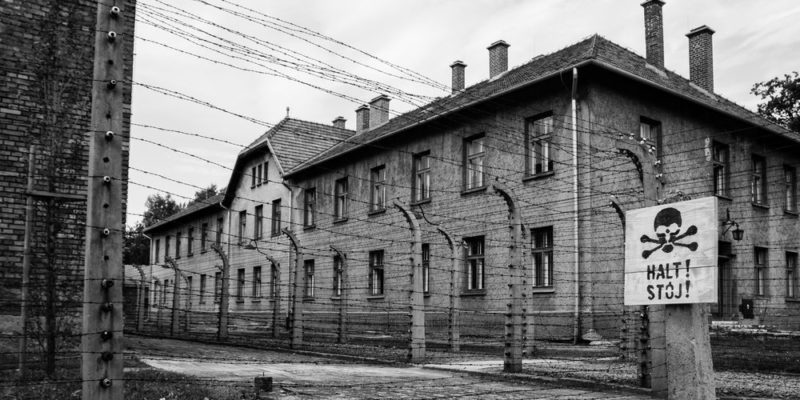 The concentration camps were used to exterminate the races considered inferior.

In 1919, after the end of the First World War, Germany was devastated, its people suffered poverty and humiliation produced by the clauses of the Treaty of Versailles. The Weimar Republic was the political system that governed Germany since 1918 , which consisted of a democratic-type government that presented great political, economic and social instability.

The figure of Hitler in the political sphere arrived in 1919 , when he joined the German Workers’ Party (DAP) and little by little he began to stand out for his public speaking skills, his promises of a great future for Germany and his racist and populist ideas. In 1920 the DAP was renamed the National Socialist German Workers’ Party (NSDAP), also called the Nazi party, and Hitler began to be its leader.

In 1923 the army attempted a coup and Hitler was arrested and imprisoned. In those months of captivity he wrote “My Struggle”, a book in which he made manifest his anti-Semitic and anti-communist ideas and his plans for Germany. After leaving prison, Hitler was silenced, so he could not make speeches , but he dedicated himself to structuring the Nazi party by creating organizations within it.

Over the years, Hitler was gaining allies among the ranks of the army and among a large number of German citizens hit by the war and by the economic crisis of 1929. After successive elections, the Nazi party was gaining power in Parliament and to 1932 already had a majority . In 1933 Adolf Hitler was appointed Chancellor by President Paul von Hindenburg and, after his death, Hitler assumed all the powers of the State and proclaimed himself leader of Germany.

In February 1933 a fire broke out in the Reichstag and the Nazis blamed the Communists. Faced with this situation, an emergency decree was drafted that gave Hitler special powers and the enabling law was promulgated that gave him all the powers of the parliament.

From there, many of the freedoms and rights of the German population began to be limited and eliminated, the Communist Party was banned and regional governments were left in the hands of Nazism . On the “night of the long knives”, in June 1934, a massacre of political opponents took place that became one of the milestones that marked the development of the Nazi dictatorship .

Using as a banner resentment over the clauses of the Treaty of Versailles, the struggle against communism and the great economic depression, Hitler ruled the Third Reich until 1945. 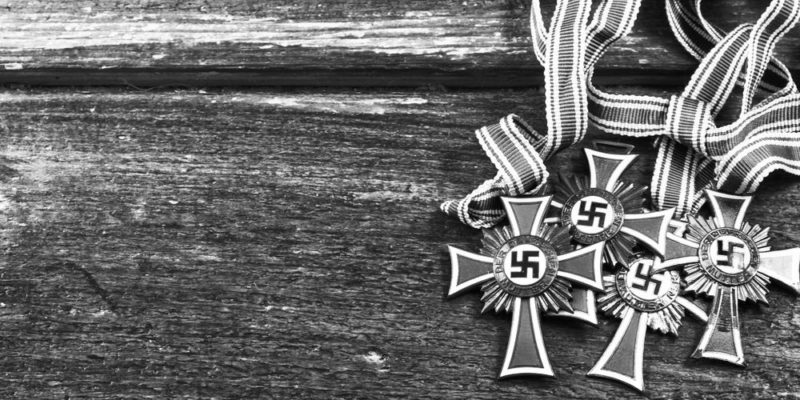 In 1920 the German National Socialist Workers Party was created.

Some of the main characteristics of German National Socialism were: 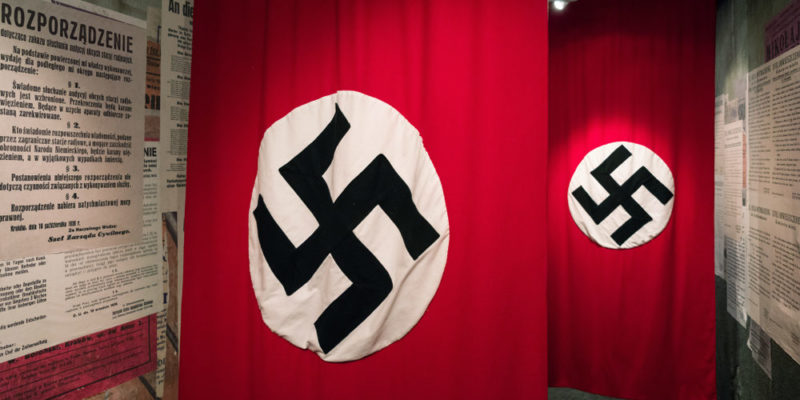 The swastika was one of the main Nazi symbols.

After the First World War, a great resentment remained among the population and the German spheres of power for the provisions of the Treaty of Versailles , a treaty that ended the First World War and made Germany responsible for the war with clauses that included payment of debts and removal of territories.

The economic hardship derived from the conditions of the Treaty of Versailles, added to the economic depression of 1929, generated great unrest among the German people. Faced with this situation and the weakening of the Weimar Republic, Hitler-led National Socialism emerged, with promises to recover territories and restore splendor to Germany. Imperialism was one of the main engines that drove German expansionism , with the excuse of unifying “the Germanic peoples.”

In 1935, without taking into account the clauses of the Treaty of Versailles, Germany began to rearm militarily , to annex territories and on September 1, 1939 invaded Poland. This invasion started World War II and marked the beginning of German expansion, which then continued in countries such as Denmark, Norway, and France.

After six years of successive battles, the United States, Great Britain, and the Soviet Union faced German expansionism, and German troops began to surrender between April and May 1945 . National Socialism began its fall after Hitler’s suicide on April 30, 1945, and the subsequent surrender of German troops between May 7 and 9, 1945.