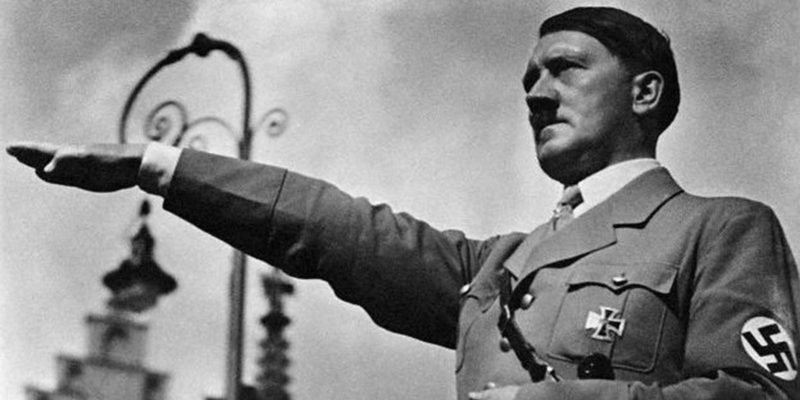 Origin of the term Nazi

The historical context of Nazism

Enemies of the Nazis

The racial ideology of the Nazis

We explain what Nazism is and how it was the context in which it originated. In addition, its general characteristics, political model, and more.

Nazism was a political and social movement originating in Germany after the First World War, specifically in the 1920s and with much more force in the 1930s, when it ascended to political power and directed the destinies of the country until 1945.

It was based on a racial, political, economic, and cultural ideology developed by sectors of radical thought, reunited around the prevailing discontent at the time and the nascent German National Socialist Workers Party (NSDAP), which would later be led by Adolf Hitler.

Nazism refers to everything related to this movement, from its beginnings and its struggles for power, as well as its government regime and its expansionist projects of imperial restoration (the self-proclaimed III Reich), and in particular its repressive methods, authoritarian, segregationist, and genocidal, or to his philosophy of Aryan supremacy and ethnic Darwinism.

Origin of the term Nazi

The term “Nazi” comes from the contraction of Nationalsozialismus, the name that members of the Hitler party gave to their model of government: National Socialism.

This term was never used by the Nazis themselves to designate themselves , but was of a foreign invention. Today it is used more or less synonymous with extreme racism, intolerance of difference, and segregationist extremism.

The historical context of Nazism 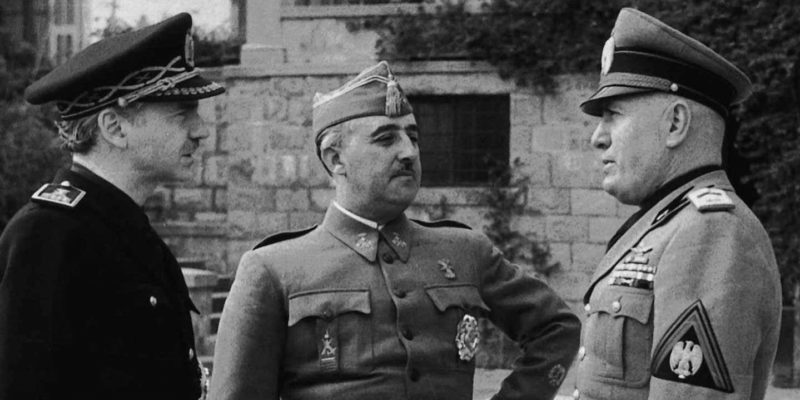 During the postwar period, the people began to accept authoritarian regimes.

Nazism as a social and political movement arose in the framework of the German defeat in the First World War, whose armistice (the “Treaty of Versailles”) imposed on the nation a series of sanctions, fines, and restrictions that prevented it from preparing to face the Great Depression of 1929, part of a global crisis in the economy.

The feeling that postwar democracy had betrayed the fighting spirit of the Germans, and that the people suffered while certain political sectors remained afloat, incubated the loss of faith in democracy and sympathy for authoritarian regimes, of “ strong men ”such as Mussolini, Emperor Hiro Hito, and Führer Adolfo Hitler.

These three countries: Italy, Japan, and Germany, would be governed by fascist regimes and would-be allies in World War II, which would unleash at the end of the 1930s.

Enemies of the Nazis

Nazism from its beginnings was shown as an uncompromising nationalist ideology, opposed to what Hitler would call “international enemies”, part of an unlikely “Judeo-Marxist” conspiracy between the Social Democrats - accused of being traitors - the Communists - who claimed conquer Europe - and the Jews - who stole their money from the people. Against them, National Socialism would raise its flag. 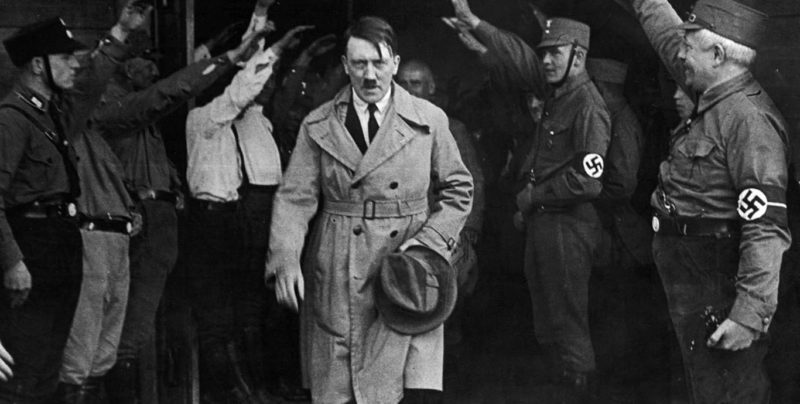 Nazism promoted the cult of the personality of the caudillo or führer.

The Nazi regime proposed and later built a political model that centralized all power in a kind of absolutist, totalitarian and one-party state, whose tasks were the organization and management of the entire society, imposing the militarization and partisanship of the institutions, as well as the cult of the personality of the caudillo or führer (in German: “guide, conductor”) from whom all authority and power emanated.

The racial ideology of the Nazis

The Nazis interpreted social Darwinism and evolutionary theory through natural selection as the basis for distinguishing between two forms of human beings: the übermenschen (“superior men”) and the Untermenschen (“inferior men”).

According to his interpretation of the social nature of humanity, the former was destined to grow, rule, and multiply, while the latter had to be extinguished, obeying their own weakness and impurity.

In that sense, Nazism was a pan-Germanist movement, which sought to reunify the peoples of the German race into a single great imperial nation destined for greatness. His contempt for the “inferior races” or “impure races”, as well as his marked anti-Semitism, ended up becoming state policies that led to one of the worst massacres in contemporary world history. 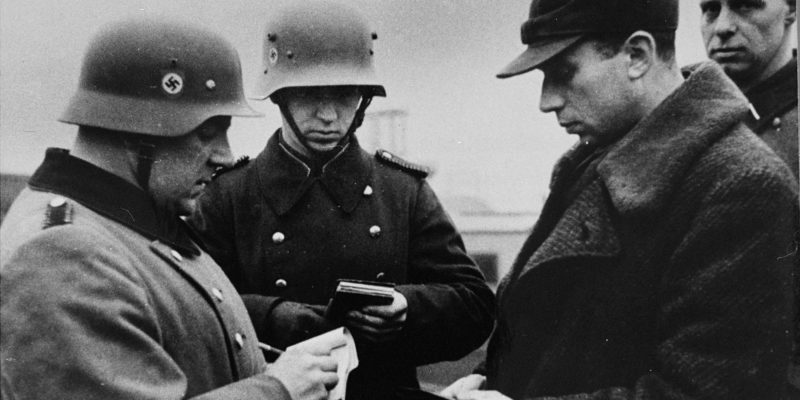 The Nazi economic project was, to say the least, erratic: Hitler himself admitted that he had no economic theory to stick to. The Nazis bet more on voluntarism and the infallible decisions of the führer than on the strategic planning of an economy. Thus, they gave freedom to private property - as long as it was in Aryan hands - and believed in directing, but not managing, the economy from the State.

Towards the end of its days, however, Nazism depended on harnessing the “cheap labor” (read: enslaved) of the Concentration Camps, to encourage the production of national industries.

One of the most dangerous precepts of Nazism was its claim to expand the lebensraum (“living space”) of Germany, “recovering” territories that it felt had historically been taken from it , such as the Czechoslovak Sudetenland or the Austrian nation itself, which was annexed in 1938 to the German III Reich without firing a shot (this was called the anschluss ). This precept would end up justifying Germany’s attempt to conquer the entire world. 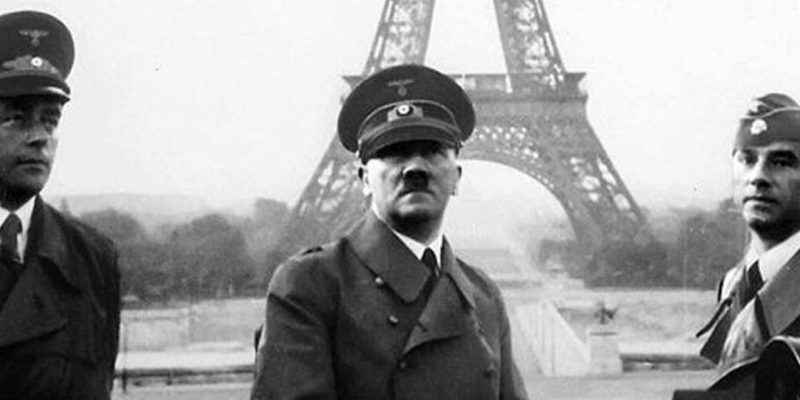 Nazism obtained 37% of the popular vote which brought Hitler to power.

Nazism took advantage of the permanent crisis of the Weimar Republic to instigate anti-democratic thinking and besiege its opponents through shock groups (the SA, or the “brown shirts”), eventually attempting (and failing) a coup in 1923.

A subsequent shift to the right would alienate the party from some supporters, but it would win the favor of many right-wing sectors, who agreed to finance the party. Thus, in the coming parliamentary elections, Nazism obtained a greater representation than expected (37% of the popular vote) and led Adolf Hitler to the political arena.

After being appointed as German chancellor, Hitler ordered the re-election of parliament and the subsequent burning of the building (the famous burning of the Reichstag), to justify the imposition of a state of emergency and the assumption of dictatorial powers to control the crisis. Shortly after, the opposition parties would be outlawed. 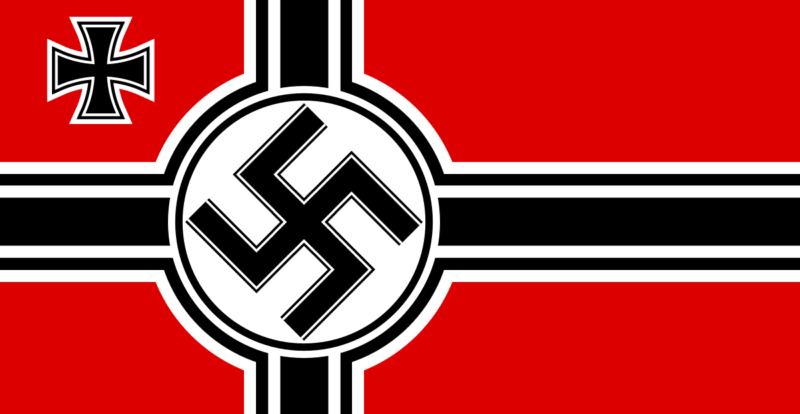 The Nazi symbols represented the proclamation for the preservation of blood and earth.

Nazism was identified with a military aesthetic, of imperial uniforms and clothing, as well as with the symbols of its glorious past to recover: the imperial eagle, the swastika, the swastika, and the red and black colors, which were symbolized in its flag. he proclaims it for the preservation of the blood and the land ( Blut und Boden ) that they persecuted.

Nazi Germany was critical of most neighboring European countries, as well as the Balkans and Slavic territories, which it accused of being home to inferior races. During the conflict of World War II, his main allies were Imperial Japan and Duce Benito Mussolini’s Italy, both of whom were going through similar political moments.