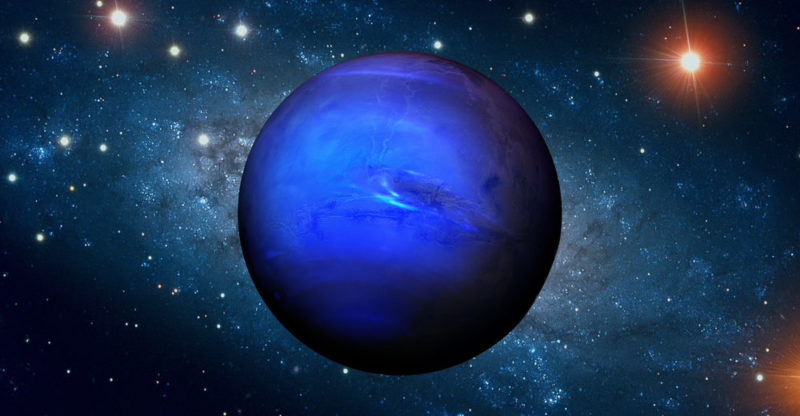 Temperature and climatic conditions of Neptune

We explain everything about Neptune, where it is located and what its satellites are. In addition, its characteristics, composition and observations.

Neptune is the eighth planet in the Solar System and the farthest from the Sun , which is part of the outer planets or gas giants. It was also the first to be discovered thanks to mathematical operations, based on the orbital behavior of Uranus, Saturn and Jupiter . Its name comes from the Roman god of the oceans , called by the Greeks Poseidon .

Together with Uranus, they have been classified as the “icy giants” of the Solar System , since their orbits are too far from the Sun to maintain temperatures even close to 0 °C. However, Neptune is slightly larger than Uranus and considerably denser.

Neptune was considered the farthest planet in the Solar System until the discovery of Pluto in 1930 , until in 2006 it regained its title, as Pluto came to be considered a dwarf planet or planetoid.

Neptune is in orbit around the Sun, like all the other planets of the Solar System, at 4,498,116,480 kilometers from the star king (about 4,350,000,000 km from Earth ), in the following orbit of Uranus. Its orbit takes 165 Earth years to complete one revolution around the Sun. 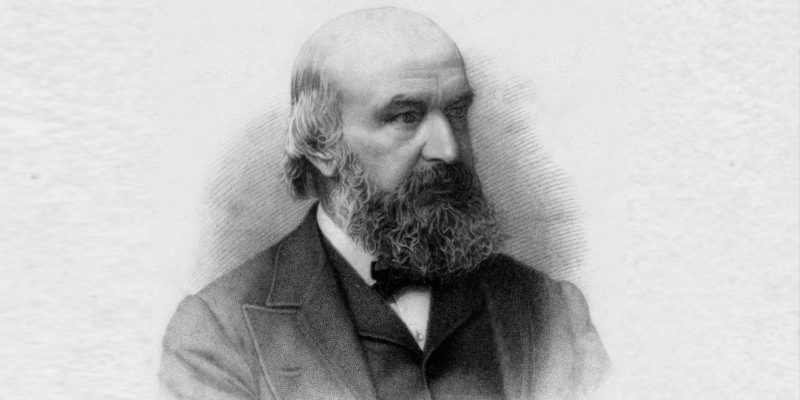 Neptune was discovered thanks to the studies of Alexis Bouvard.

Galileo Galilei ‘s drawings reveal that Neptune had somehow been glimpsed, but mistaken for a star . The planet is considered to have been discovered in the 19th century , thanks to the studies of the orbit of Uranus by Alexis Bouvard and then John Couch Adams, who respectively observed anomalies in it and calculated the orbit of a possible eighth planet. Urbain Le Verrier in 1846 mathematically confirmed these calculations and calculated the position of the planet on September 23 of the same year. 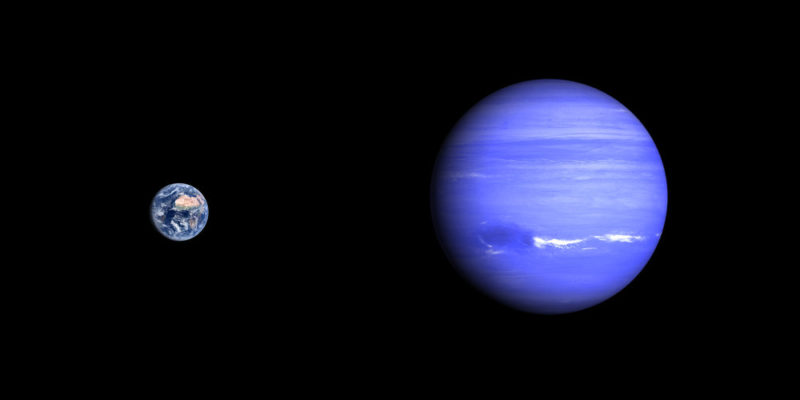 Neptune has a volume equivalent to 57 times our planet.

Regarding its dimensions, Neptune has a mass of more than 17 times the Earth and a volume equivalent to 57 times our planet. It is an enormously dense planet, with a diameter of 49,572 km. This makes it the fourth planet with the largest diameter and the third with the largest mass in the entire Solar System.

Initially it was thought that Neptune had only one moon: Triton, the largest of the fourteen satellites (or moons) that we know today . The other satellites are Nereida, Náiade, Talasa, Despina, Galatea, Larisa, Proteo, Halímedes, Sao, Laomedeia, Psámate, Neso and S/2004 N1 (provisional name, discovered in 2013). 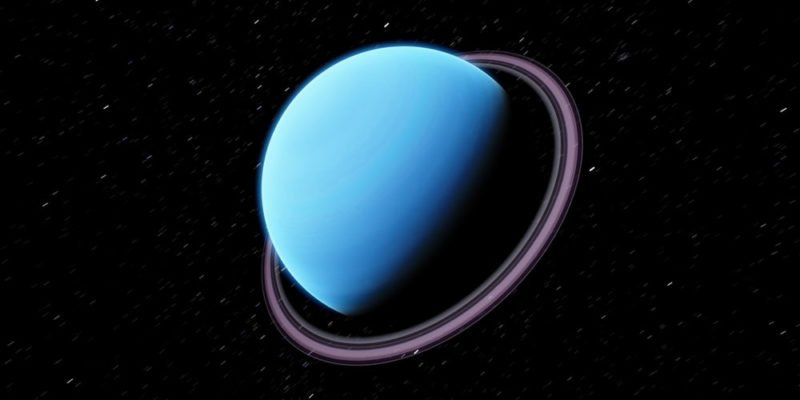 Adams is the narrowest and outermost ring of Neptune.

Neptune has a ring system, similar to those of Saturn and Uranus , made up of ice particles, silicates, and organic particles produced by the planet’s magnetic radiation. Each of these rings is given a name:

Between the Le Verrier and Galle rings there is also a very thin layer of space materials .

Similar to Uranus, Neptune is composed of a rocky core embedded in an icy shell , around which is a thick, dense layer of atmospheric gases comprising almost 10% of its total mass.

The planet’s core is composed of molten rock, water , liquid ammonia, and methane, while its surface layer is hydrogen , helium, water, and methane . The paradox is that while its exterior is icy, the core of Neptune is estimated to reach temperatures of up to 4,700 °C.

Like many other planets, Neptune has its own magnetic field , tilted about 47° from the axis of rotation , just like Uranus. As with the Earth, it is a magnetic dipole generated by the movement of electromagnetic substances inside it.

Temperature and climatic conditions of Neptune 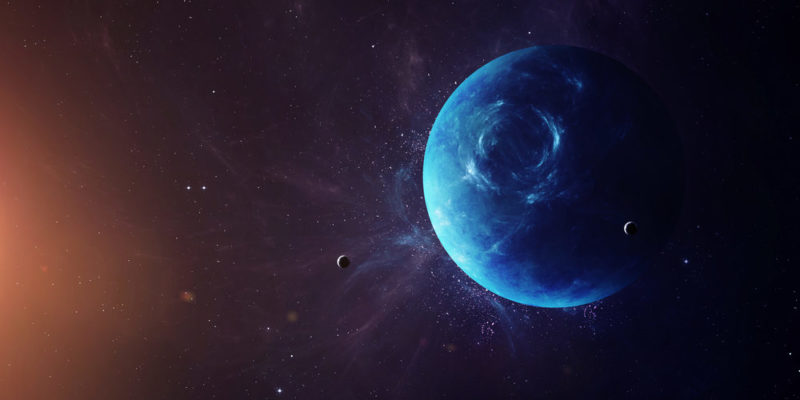 The fastest winds in the Solar System occur on Neptune , reaching 2,200 kmph. It is estimated that its interior is stormy, with long seasons of 40 Earth years and an average temperature of -200 °C.

The first experimentally obtained impressions of Neptune were taken by Voyager 2 in August 1989 , revealing much more in its wake than years of telescopic observation. This information gave us a good picture of the planet and its moons , of which Triton seems to be the most unique and the one of greatest astronomical interest. 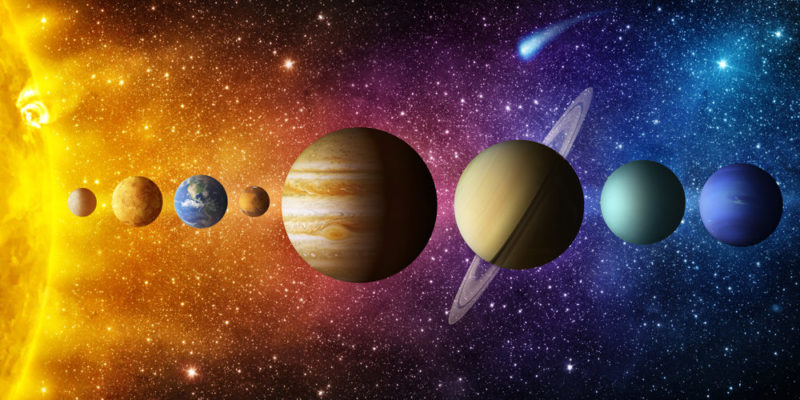 Neptune is not a planet whose brightness is intense because it is so far from the Sun.

Telescopic observation of Neptune is challenging, as it is not a bright planet being so far from the Sun. It is best viewed from Earth’s southern hemisphere, and the best times are near its opposition to Earth (its diametrically opposite orbital position).