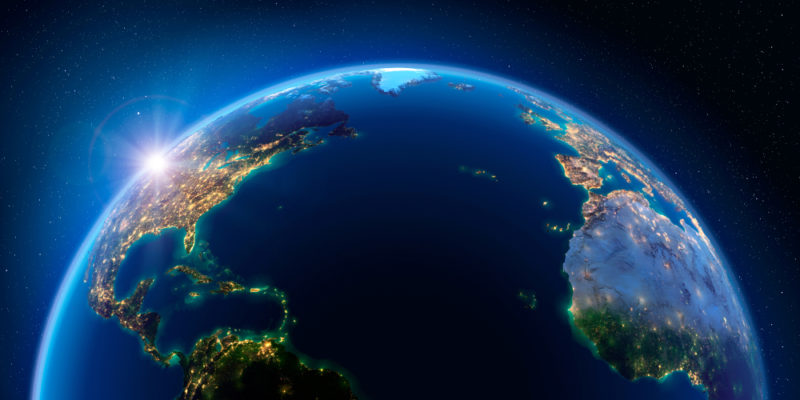 What are the oceans?

Dimensions of the oceans

Classification of the oceans

Origin of the oceans

Constitution of the oceans

Coloring of the oceans

Disasters caused by the oceans

We explain what the oceans are, how are their dimensions and classification. In addition, its characteristics, contamination and more.


What are the oceans?

An ocean is a large expanse of salty water that separates two or more terrestrial continents . These aquatic extensions cover most of the surface of our planet (71% of it) and communicate with each other, over thousands of square kilometers and contain more than a trillion cubic kilometers of water .

Given these dimensions, it is understandable that the oceans are a distinctive feature of our world. Life originated in them and the highest known percentage of biodiversity is still maintained , which also means that they are a source of food for man and many other economic and recreational activities.

That is why throughout human history the oceans have particularly fascinated and frightened them, since they constitute a window of opportunity as well as a dividing border , which prevents them from moving by their own means from a corner of the earth to other.

Furthermore, given that these huge bodies of water play a vital role in the planet’s natural cycles , numerous climatic accidents and natural disasters are brewing on its surface, often putting human coastal populations in check .

Dimensions of the oceans

The oceans have an average depth of 3,900 meters.

The oceans are veritable colossal masses of water. Its estimated area is 361,000,000 km 2 , which means three-quarters of the entire planet.

Classification of the oceans 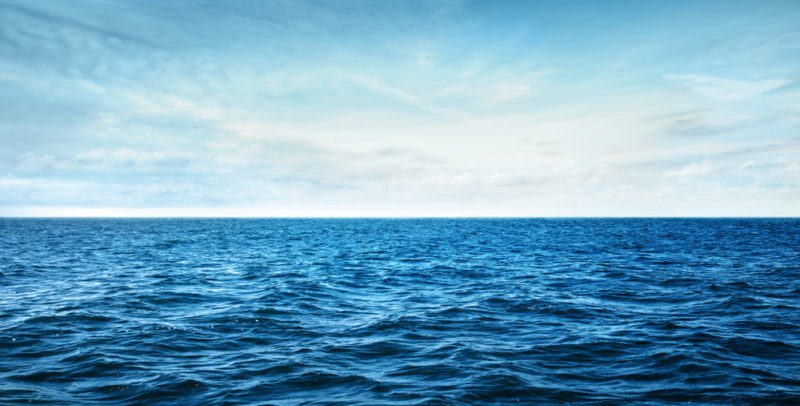 The largest ocean is the Pacific.

There are three major oceans in the world: the Pacific , the Atlantic and the Indian , followed by two smaller oceans: the Arctic and the Antarctic. The first two on the list are usually divided, in addition, into Pacific and North or South Atlantic, respectively. Of all of them, the largest is the Pacific.

The Arctic and Antarctic oceans are in the immediate vicinity of their respective north and south poles .

Origin of the oceans

Although water seems to be a universally present substance in our world, we are not very sure about its origin on our planet , given its absence in the others we know.

It is estimated that when the Earth cools enough to allow the appearance of liquid water, a reduced amount would be generated that would later be increased by the ice coming from outer space in the form of comets from the asteroid belt of our solar system .

Constitution of the oceans 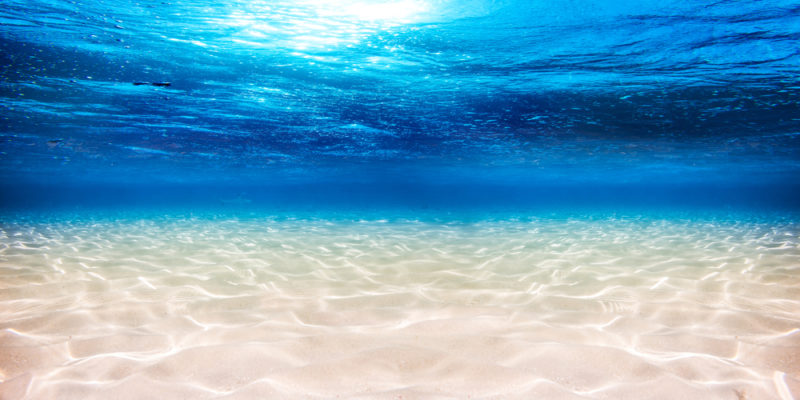 The water in the oceans is salty, since it contains enormous amounts of sodium and chlorine in solid form , which becomes common salt (sodium chloride). Salinity levels are variable, however, and in the polar regions it is rather low.

Oceanic water also contains magnesium , potassium, calcium, and other elements to a much lesser extent. Given its dimensions, it is estimated that all known elements can be found there.

Coloring of the oceans

A curious fact about ocean water is that its blue color, contrary to what is thought, is not exclusively due to the reflection of the blue of the skies, but because it is found in considerable proportions, the water tends to appear bluish .

The water in the oceans has a variable temperature , which usually ranges between 12 and 30 ° C in its temperate surface layer , which can go from the surface to 50 or even 100 meters deep.

Below these distances, the liquid remains between 5 and -1 ° C. Obviously these values are higher in tropical waters and near the equator , and lower as we approach the poles. Similarly, ocean water is warmer in summer and colder in winter. 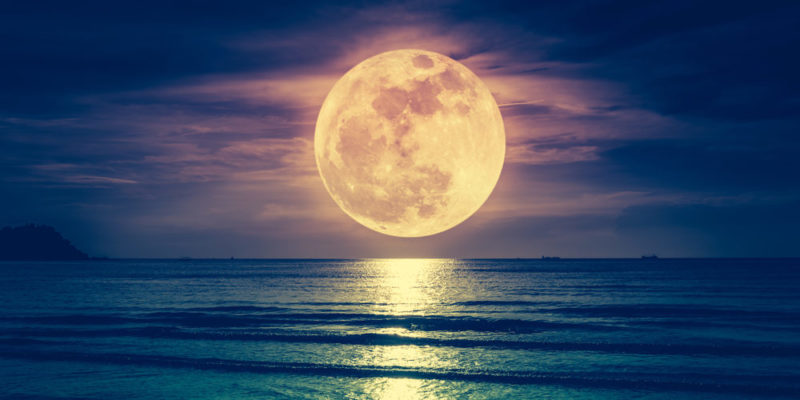 Spring tides occur when the moon is in the New or Full phase.

The ocean water is never still, it is in constant motion due to the different types of existing tides , caused by the gravitational pull of the moon and the sun . In this way, the face of the planet exposed to the moon will show an apparent increase in the volume of water, while the face exposed to the sun an apparent decrease.

This gives rise to two types of tide:

Another form of movement of oceanic waters are marine currents, a product of the action of the wind on the water , which moves them and sets them in motion, along with the Coriolis effect and the earth’s rotation. 28 different ocean currents are known, each one connecting different sectors of the planet in a kind of tangle.

Disasters caused by the oceans 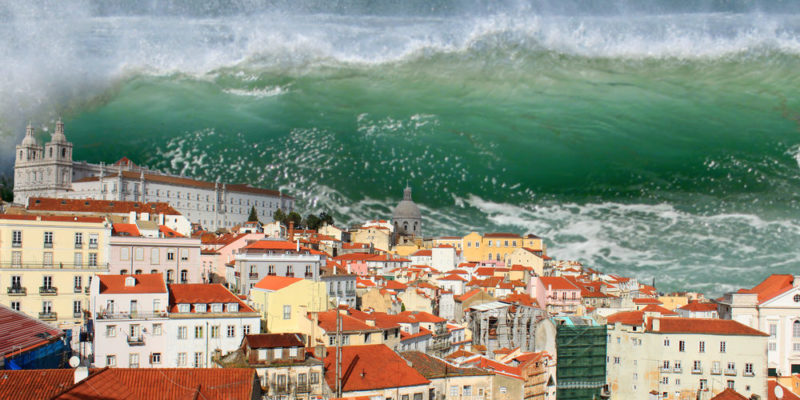 The water in the oceans can be the source of many natural disasters , both due to its effect on the planetary climate , since inside the Oceans the temperature varies and gives rise to pressure changes and generation of moving air masses . This may well lead to storms, hurricanes, tornadoes, or other weather disasters that particularly affect coastal populations.

Similarly, earthquakes and tidal waves can alter the regular behavior of the waters and trigger tsunamis , which are gigantic waves that flood everything in their path. 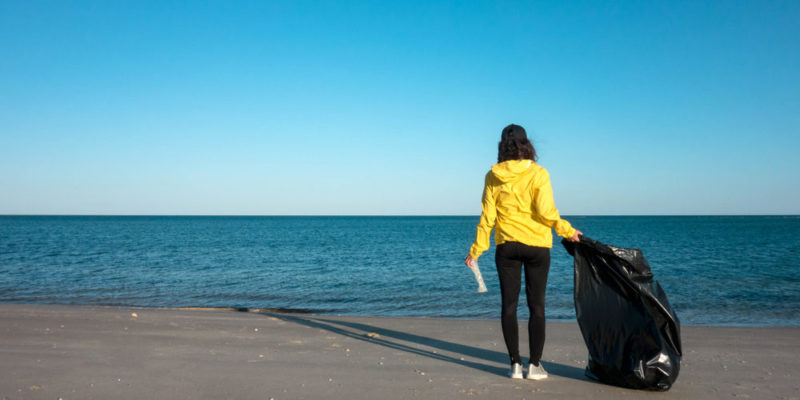 The ecological destruction of the oceans is already carried out by 20-30%.

The environmental impact of human industrial activity on the ecosystem does not exempt the ocean from suffering its effects . Which is an environmental tragedy if we consider that 70% of the planet’s oxygen comes from plankton on the ocean surface, which means that the oceans absorb huge amounts of carbon dioxide and prevent the greenhouse effect .

However, it is estimated that life in the oceans has decreased by 40% since 1950 , due to the over-exploitation of fishing but also to pollution , as many industrial complexes dump their toxic waste into the sea .

It has been said that the ecological destruction of the oceans is already carried out by 20-30% , and the most alarmist voices announce a possible mass extinction of ocean life within 25 years, if everything continues as it is.