Paleontology: What it is, What it is For, Features, Branches and Characteristics 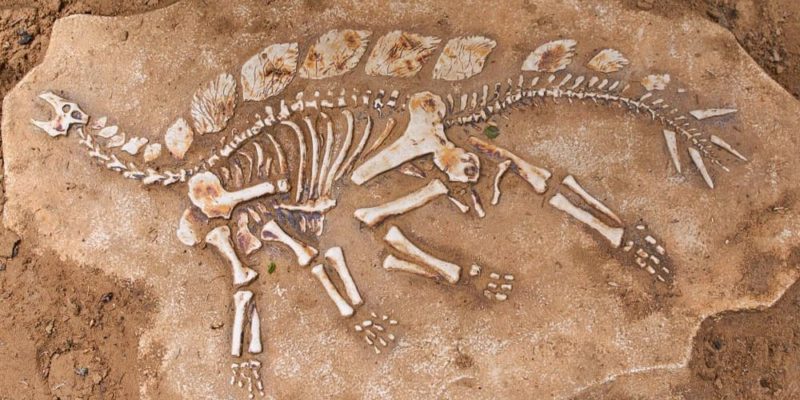 What does paleontology study?

What is paleontology for?

What does a paleontologist do?

What tools does paleontology use?

What is a fossil?

We explain what paleontology is, what this science studies, and what it is for. Also, what are its characteristics and branches of study?

Paleontology is the science that studies the geological past of life on Earth from the fossil record found under the earth’s surface. It studies organisms at the microbiotic, animal , plant level and everything that is preserved by being petrified and survives the passage of time. That is, it is a kind of retrospective biology.

Paleontology as a science encompasses a body of knowledge that links it with geology and biology , and can be considered the intersection of both . His study methods involve the analytical description of fossils, their comparative study and the formulation of statistical data.

Ultimately, paleontology reaches conclusions regarding the biological past of the planet , which are useful for thinking about the present and the future. Those same conclusions serve as the basis for new research by other paleontologists. 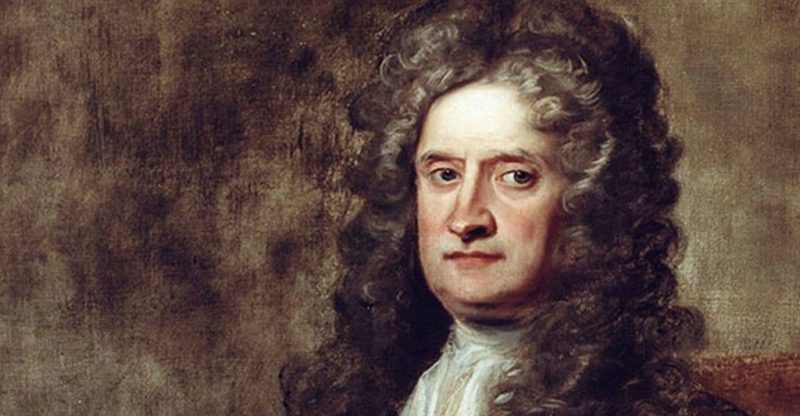 Robert Hooke was one of the first naturalists to conduct paleobiological studies.

The first paleontological finds in history took place in Greek Antiquity , around the 6th century BC. C. As there was no specialty that had them as an object of study, they were interpreted by the philosophers of the time.

Some, such as the Pythagoreans , interpreted them as traces of archaic and unknown life , as indeed they were. Others, such as the Platonists , considered them “plays of nature” or imperfect imitations of life.

Subsequently, the existence of fossils was, for 1,500 years, the subject of debate against Christian orthodoxy, which defended the version of the Bible with fire and iron . According to calculations that took that text literally, the age of the earth was a few thousand years.

This position not only assumed a short time since the creation of the world and humanity, but also assumed that all creatures had been created at once . Therefore, there could be no extinct species, similar to the current ones. Since it was a radical position, it denied even the paleontological evidence.

However, in the 17th century, in the framework of the Scientific Revolution , paleontology had a revival . The first formally paleobiological studies were carried out by naturalists such as the Colonnas, Nicolaus Steno, Robert Hooke, among others.

Many of these finds were interpreted as evidence of the biblical Great Flood , but at least their organic origin was recognized. From then until the eighteenth century there were large systematic studies of the fossil record.

With the rise of modern science came the studies of Lamarck (19th century) and the formulation of Darwin ‘s theory of the origin of species (1858) . This flowering of the biological sciences also gave rise to paleontology as an independent science .

What does paleontology study?

The word paleontology is made up of three Greek words that make its purpose evident : palaios , “old, ancient”; ontós , “being, what is” and logos , “ knowledge , reason”. Seen this way, it is clear that paleontology is the study of ancient beings, that is, of life forms that existed on the planet long before humans.

These are species that no longer exist , such as the dinosaurs , and therefore cannot be observed today. That is why its study area is made up of samples, evidence and traces. These are sought in fossil remains but also in current species that could have evolved from ancient ones.

What is paleontology for? 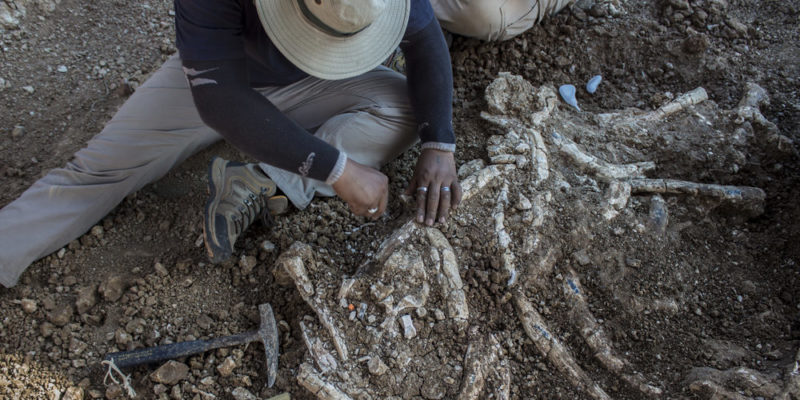 Paleontology helps to understand the present and glimpse the future of humanity.

Paleontology is part of the sciences interested in discovering the remote past of the planet , long before the existence of human beings , of which there are no possible witnesses. To study it, clues are used: traces, evidence that has survived the millennia and that today we can find and recover.

To interpret these clues, paleontology uses biology that provides the knowledge we have of current creatures , to draw conclusions from those that have already become extinct. In addition, he uses geology to understand the context in which these ancient species existed.

This knowledge is very important to understand the present and glimpse the future of humanity, as it sheds light on the conditions of the world that led to our origin. This is a possible way to answer fundamental questions such as where do we come from? and so where do we go? or who are we?

There are three branches of paleontology:

What does a paleontologist do? 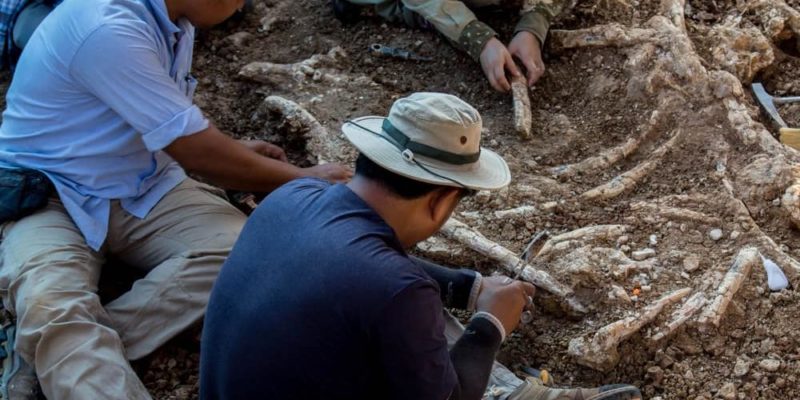 Some participate directly in the detection and excavation of fossil specimens.

Paleontologists can study the biological past of the planet from many points of view. One of them involves direct participation in projects for the detection, excavation, analysis and study of fossil specimens , normally found underground.

In addition, there are paleontologists who study the samples under laboratory conditions . Even if the fossils were found by others, a paleontologist may specialize in chemical or comparative biology procedures that allow hypotheses to be developed or conclusions to be drawn about the nature of the finds.

In addition, paleontologists are also essential in the constitution of educational institutions : universities, colleges , museums and institutes, since they are the most suitable professionals to transmit this specialized knowledge.

What tools does paleontology use?

Paleontology uses various tools of the exact sciences and engineering . They can be both microscopes and laboratory materials as well as excavation tools. Some are sophisticated, such as the chemical dissolution of unwanted materials, or simple, such as the use of a shovel and a fine brush.

The extraction of a fossil found goes through the recognition of the physical-chemical nature of the rocks around it . In addition, mechanical techniques (abrasion, percussion, roughing), chemical (chemical disintegration, consolidants, adhesives) or thermal (heating to separate by differential expansion) are used on it.

What is a fossil? 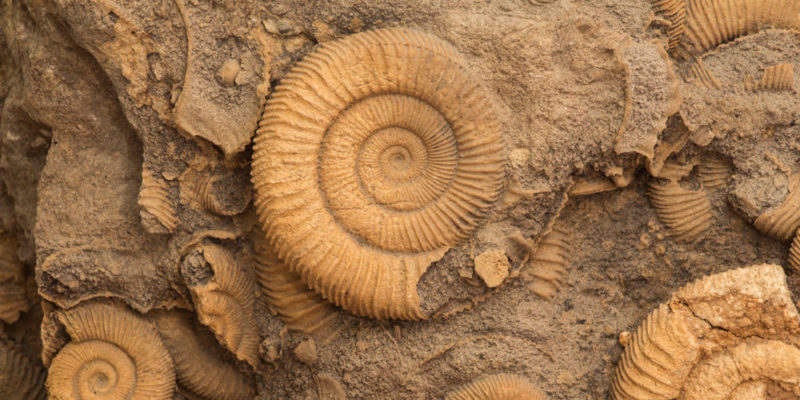 Fossils are any biological remains, whether of animal, vegetable or microorganism origin . Traces, eggs or bodily waste from remote times in the planet’s past are included. Some are preserved in stone due to different petrification processes.

They serve as evidence of creatures that existed and became extinct before humanity even began to exist. It has been determined that they must be over 10,000 years old to be properly considered fossils.

The discovery of the fossil record is much more important than is thought, as it serves as evidence that there was a remote past in which humanity did not exist, but other forms of life reigned in the world. From them we have been able to find accurate evidence that links it with the forms of life that accompany us today on the planet.

On the one hand, this shows that the world was not created together with humanity . On the contrary, our entire history as a species is just a fraction of time compared to all past ages. On the other hand, it allows us to verify that the Earth is much older than was thought until a few centuries ago.

Another central point is that the creatures found in the fossil record are related to contemporary ones . This suggests that the oldest ones underwent a prolonged dynamic of change that gave rise to the contemporary ones, even if they are radically different animals. This process is known as evolution, and the fossil record is one of its greatest scientific evidence. 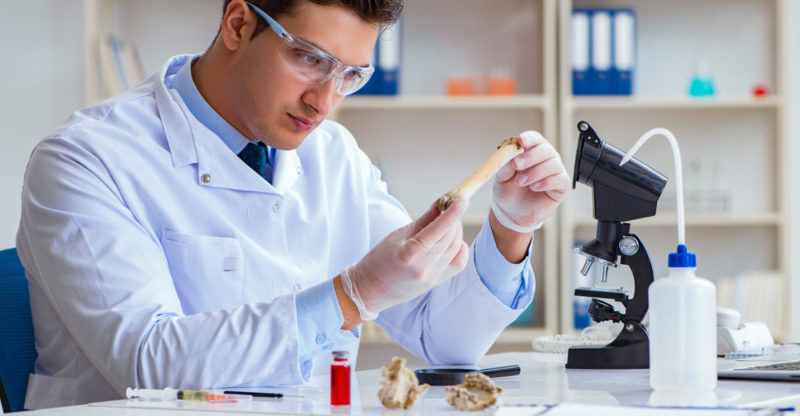 The paleontology career has both a theoretical and practical area.

The university study of paleontology requires 5 years to acquire a bachelor’s degree . It is nourished by Natural Sciences , as well as Geological Sciences and is constantly updated and growing. It has both a theoretical area, training in the accumulated knowledge of science, and a practical area, of observation , measurement and comparison.

It is not a universally valued career, given that not all countries have the same abundance of fossil deposits . However, in many latitudes the career is taught and it is conferred, in addition to universal knowledge, a particular look, focused on the geological past of where it is studied.

Although both are sciences that study the past from the preserved evidence , the concerns of archeology and paleontology are radically different. The first focuses on the remote past of the human being: ancient cultures , the evidence of our first forms of organization.