Penicillin: What is it, Types, Uses, Benefits and Characteristics 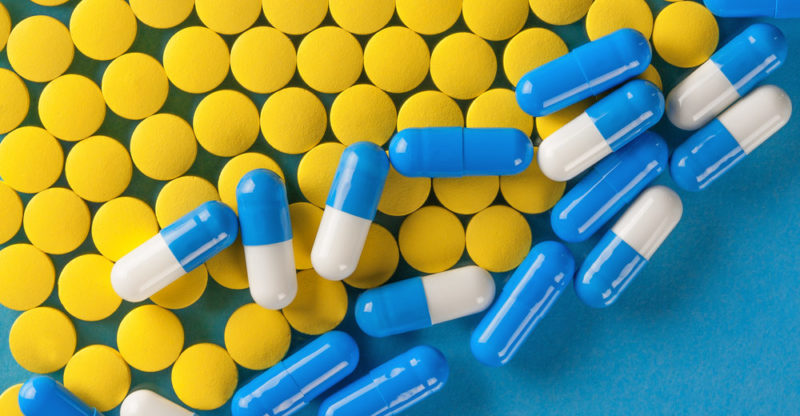 What is penicillin for?

What is penicillin used for?

Why are penicillins important?

We explain what penicillin is, how it was discovered. types that exist and what it is for. Also, what are its features and benefits?

The term penicillin is used to name a group of antibiotics. They are substances with the ability to kill or prevent the growth of certain sensitive microorganisms, especially those that cause disease. Penicillins are beta-lactam antibiotics.

Its specific biochemical mechanism is not yet fully understood. It is believed that it operates with an inhibitor of the transpeptidation process carried out by certain bacterial enzymes. This leads to the rupture of the bacterial wall during its multiplication process, causing its death.

More specifically this term refers to Penicillin G or Benzylpenicillin. It is the first compound of this nature discovered by Alexander Fleming in 1928.

Penicillin G, the first to be discovered, was obtained by accident in Alexander Fleming’s laboratory.

This British scientist was actively looking for some kind of bactericidal substance.

Fleming would have realized that some of his Staphylococcus aureus cultures had been contaminated with an environmental fungus, which is why he was about to dispose of them.

Fleming noticed that it secreted a substance capable of killing bacteria. He proceeded to test different cultures to see which were sensitive to the substance, which was later isolated and reproduced for human treatment. In 1941 for the first time, a person received this treatment. 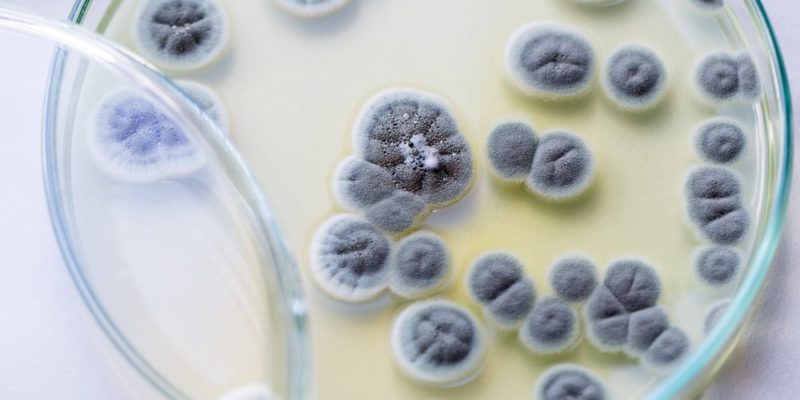 Natural penicillins are secreted by a fungus.

The first distinction between penicillins has to do with whether they are natural (secreted by microorganisms) or synthetic (created by humans in the laboratory). Then, they are classified according to their chemical content, as follows:

What is penicillin for?

Penicillin is an antibacterial. Administered in sufficient and regular doses, it serves to stop an infection of a bacterial type or similar microorganisms, as long as they are biochemically sensitive to it.

In this way, a significant number of infections can be treated , preventing them from spreading through the body and worsening over time. In addition, penicillin is useful to counteract poisoning by some of the toxic amino acids of fungi such as those of the genus Amanita . 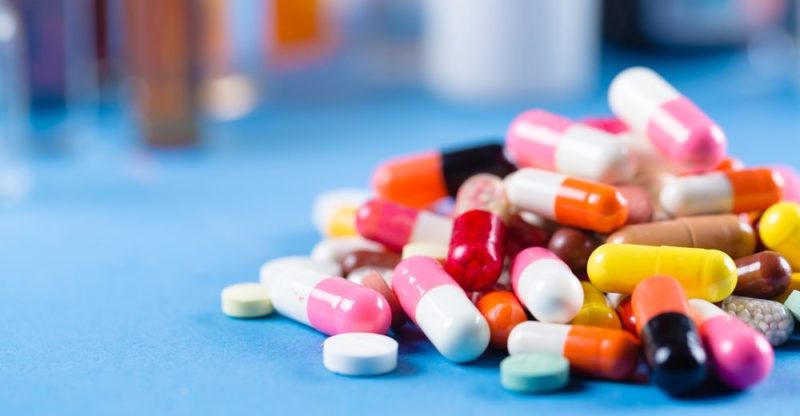 Penicillin is inexpensive and easy to manufacture the drug.

Penicillin is a noble antibiotic, little toxic, soluble in water and saline solutions, which is only capable of arousing hypersensitivity reactions in low percentages of the population. Furthermore, it is inexpensive and easy to manufacture the drug. 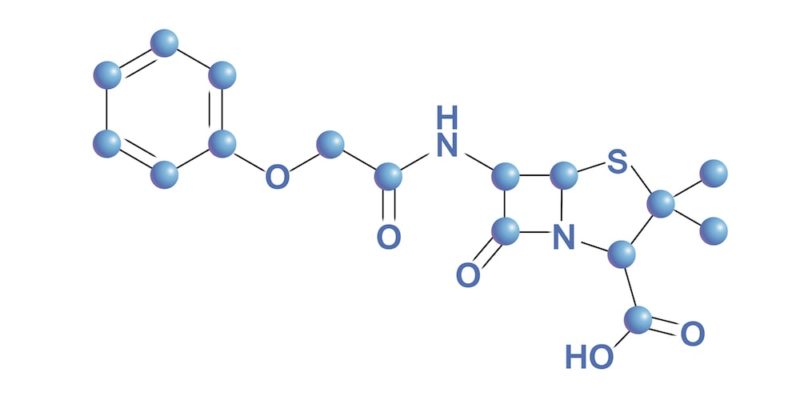 All types of penicillin have a 6-aminopenicillin ring.

All penicillins have a common nucleus in their chemical structure, consisting of a 6-aminopenicillins ring (6-APA), distinguishing between them according to the side chain that is attached to the ring through its amino group. Its chemical formula can be expressed in C 16 H 18 N 2 O 4 S.

Unlike human cells, bacterial cells have a cell wall outside their plasma membrane. This wall is essential to containing the enormous osmotic pressure of their cellular content, in addition to allowing their reproduction (division) and the necessary porosity to nourish themselves.

It is right there where penicillin acts, altering the constitution of the peptide chains that make up the wall. Thus, the bacteria either explode under their own internal pressure or are easily captured by the immune system.

What is penicillin used for? 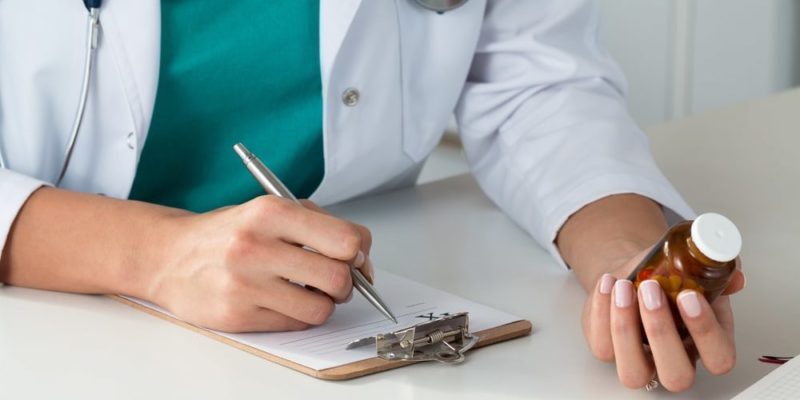 Since its commercialization in 1940, penicillin has been long and widely used in the treatment of bacterial infections. In fact, its excessive use has been such that numerous strains have developed resistance to the compound, forcing humanity to develop new generations of antibiotics.

Resistance to penicillin and other antibiotics is, on the one hand, a natural process in the evolution of bacteria. But on the other hand, it is a direct consequence of the misuse of these drugs.

Indiscriminate use of antibiotics occurs without first determining the infectious strain. It is even mistakenly used to treat viral diseases when in reality viruses are immune to antibiotics.

As a result, the bacteria develop a higher tolerance so that when antibiotics really do need to be used, they are no longer as effective. About 25% of pneumonic streptococcal strains and 33% of anemophiles of influenza are already resistant to penicillin and amoxicillin.

For this reason, new antibiotics have been developed, which are called new generations. There are also methicillin-resistant strains of staph, although fortunately, they are still sensitive to other antibiotics. 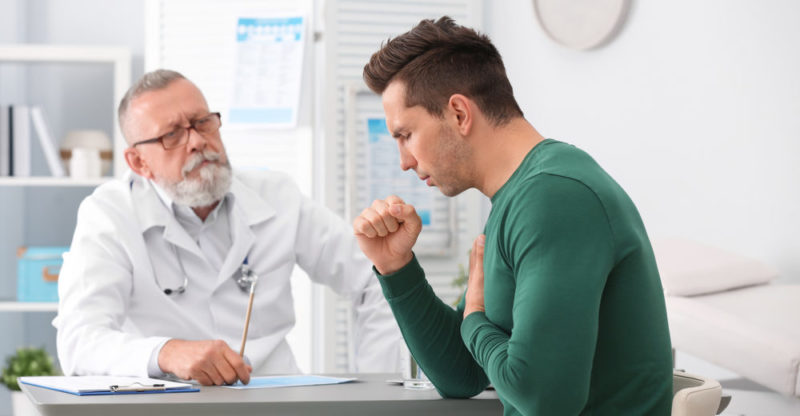 About 1% of the world’s population is allergic to penicillin.

Penicillins are the least toxic antibiotics around, although they can sometimes cause allergic reactions. This type of allergies affect around 1% of the world population and can have serious complications.

Despite the low percentage, it is always recommended to question the patient about it. In case of uncertainty, allergic tests are carried out before administering a treatment.

Why are penicillins important?

Antibiotics revolutionized medicine, at a time when wars were bloody and massive, thus helping to save millions of lives. In addition, they were incorporated into human and animal medicine, extending the vital periods of humanity.