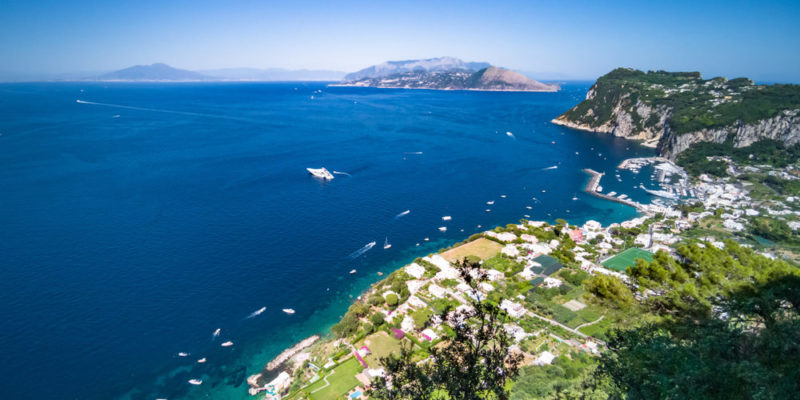 Who were the Phoenicians?

Historical time of the Phoenicians

History of the Phoenician people

Religion of the Phoenicians

Political organization of the Phoenicians

Social organization of the Phoenicians

Culture of the Phoenicians

Economy of the Phoenicians

Contributions of the Phoenicians

We explain who the Phoenicians were, what their religion and society were like. Also, what are its characteristics and contributions.

Who were the Phoenicians?

The ancient inhabitants of the region located in the Near East , on the eastern coast of the Mediterranean Sea , are known by the name of Phoenicians . Its territory extended along the Mediterranean Levant. They are also known as the Phoenician-Punic civilization.

The territory of the Phoenicians extended from the mouth of the Orontes River in the north to Haifa Bay in the south , in what are today the countries of Lebanon, Israel, Syria and Palestine, but was formerly known as Canaan. For that reason, the Phoenicians referred to themselves as Canaanites ( bin kenan , “sons of Canaan”).

However, other civilizations with which the Phoenicians traded, such as the ancient Greeks , knew them as phoínikes (“red, purple”), probably due to the purple dyes they traded. From this word derive the words poenus (where “Punic” comes from) of the Latins and the current name of Phoenicia .

Historical time of the Phoenicians

The Phoenician civilization existed in the eastern Mediterranean and North Africa from about 3,000 years ago .

It took nearly a millennium for them to prosper as a civilization and by 1,200 B.C. They already had colonies in the Levant, Anatolia, North Africa, and Cyprus, and were a major trading force in the region.

History of the Phoenician people 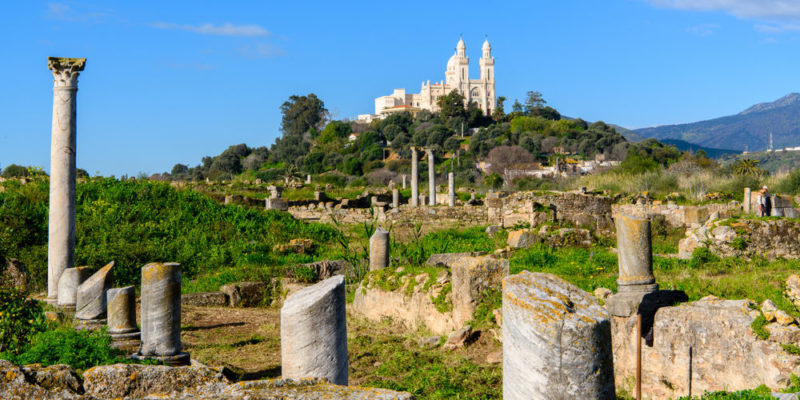 The soil little given to agriculture prompted the Phoenicians to go to the sea.

The Phoenician region was populated since remote antiquity (III millennium BC) , by Canaanite Semites. They came from the Arabian desert and would have migrated in the direction of Palestine.

Once settled on the Mediterranean coast, the mountainous soil and little given to agriculture prompted them to go to sea . Thus, they developed as great navigators, shipbuilders, and founded other nations along the coast, interconnected only by sea.

In the year 538 a. C. the Phoenician people were conquered by the Achaemenid Empire of Ciro II “El Grande” , until in 345 a. C. a rebellion gave him a short-lived freedom . They then passed into the hands of the Persian Empire , then led by Artaxerxes III.

Finally, they were conquered by Alexander the Great in 322 BC. C. and added to the Macedonian empire.

Religion of the Phoenicians 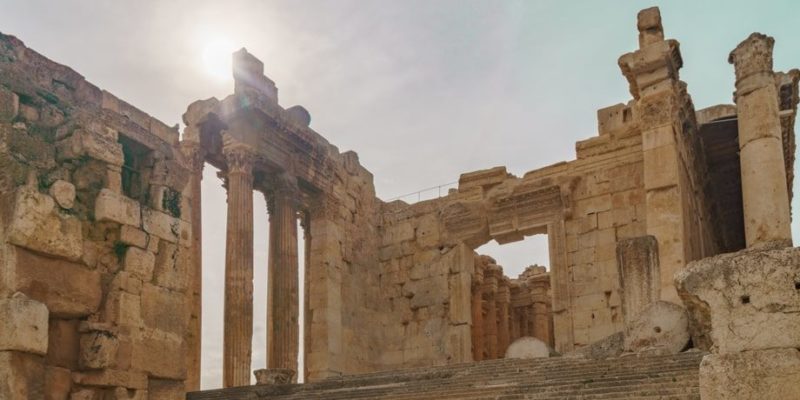 In the temple to the god Baal the Romans built their temple to Bacchus.

The Phoenicians were polytheistic and worshiped different gods depending on each city . Even the divinities could appear or absent from one pantheon to another, change their representation or even their name. Some of the main gods of their mythology were:

Political organization of the Phoenicians 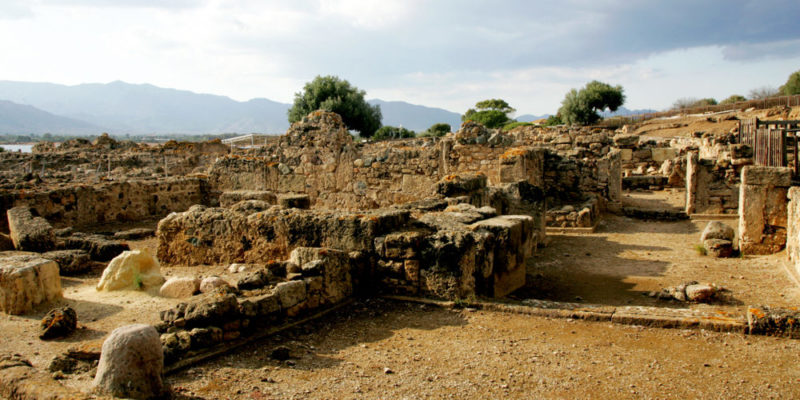 The city was led by a King from the favored social classes.

The dispersion of Phoenician society prevented the formation of a centralized government . Instead, there was a disparate set of city-states with varying levels of wealth and political power, taking turns in general political leadership according to their periods of prosperity and impoverishment.

The city was led by a King , from the favored social classes . His power was not absolute, since he had to govern together with a cabal of elders made up of 100 representatives of the richest merchant families. Each city was independent of the others and enjoyed a certain autonomy.

Social organization of the Phoenicians

The Phoenicians were a very active people in the region, primarily as trade mediators between the European Mediterranean, North Africa, and the Middle East . However, its cities had little capacity for coordination and grew disproportionately, which prevented the emergence of a unified and complex society.

Even so, the Phoenician societies were prosperous, led by a commercial elite that managed the levers of political power, and that led the rest of society, made up of artisans, porters, laborers and crew members or sailors. The slavery was a common payment system debts or punishment enemies.

Culture of the Phoenicians 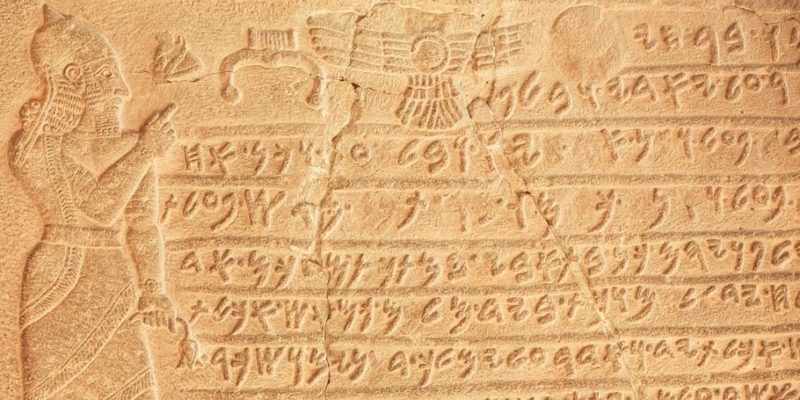 The Phoenicians invented a phonetic alphabet, later adapted by the Greeks.

The Phoenician people are not considered the creators of their own great cultural tradition. However, they favored the diffusion and hybridization between various regional traditions , since they were a people prone to imitation, fusion, and syncretism.

On the other hand, the Phoenicians invented a phonetic alphabet that the Greeks later adapted to their own language and that served as a model for later Western alphabets.

Despite the importance that the Phoenician culture had, there are not many traces of it . Its existence is known mainly from documents and traditions of other peoples of the region, and from the remains of their art , or from their religious temples.

Economy of the Phoenicians

The Phoenician economy was essentially maritime , with a strong dynamic of exchange between its own cities and abroad. They became a commercial power in the region, which is why they earned the hatred of the Greeks , and are considered the great merchants of antiquity.

Their region allowed them limited agricultural development. However, it is believed that they were the first culture to dedicate enormous efforts to the cultivation of the vine and the production of wine, introducing it to regions as distant as Lebanon, Algeria, Tunisia, Egypt , Greece, Italy , Spain and Portugal.

On the other hand, they were skillful producers of ceramics , in which they often used the purple dye that they extracted from certain molluscs of the region, and which gives them their name ( phoinikes ) in Greek. In addition, they developed a vast industry of luxury and commercially valuable goods with which to exchange. 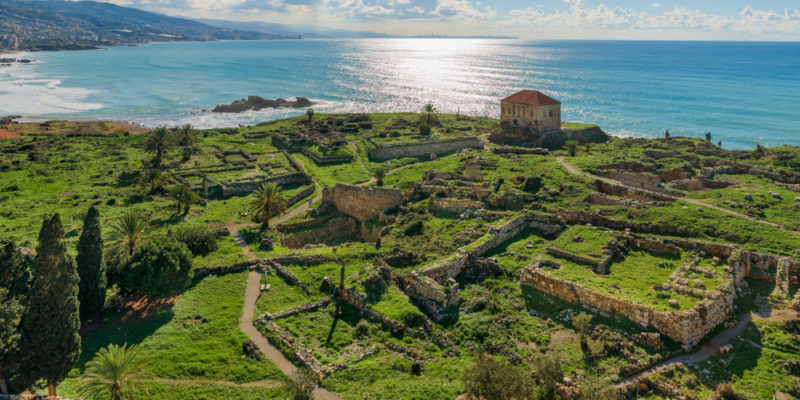 Byblos, founded in the 5th millennium BC, became commercially important in the 17th century BC

The Phoenicians were an eminently maritime people . It gradually colonized the Mediterranean coasts through more or less permanent settlements that allowed ships to be refueled and merchandise to be exchanged with local peoples.

Thus , they established large cities on the coasts such as Sidon, Beritos and Carthage (9th century BC), or Lixus (7th century BC) and Byblos (5th millennium BC), among others. The latter was the first Phoenician city and is considered the oldest continuously inhabited city in the world.

Byblos gained importance between the years 1600 a. C. and 250 a. C., due to the expansion of the Egyptian Empire , which made it a privileged place of commercial exchange and exit of products from the Nile .

The Phoenician alphabet was a simple and easy to learn system. It only represented the consonants , through a set of 22 signs with a phonetic value, although initially it was a set of ideograms (in the Chinese way).

Contributions of the Phoenicians 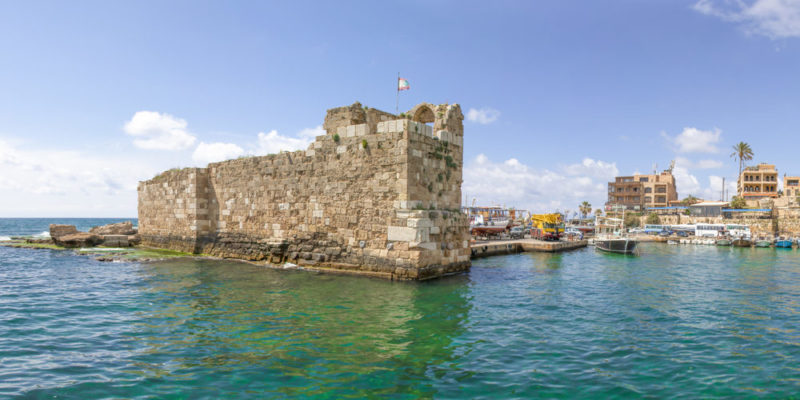 The Phoenicians created a navigation system with the highest standards.

In summary, the contributions of the Phoenicians were: