Precambrian: What Was It, Division, Flora, Fauna And Characteristics 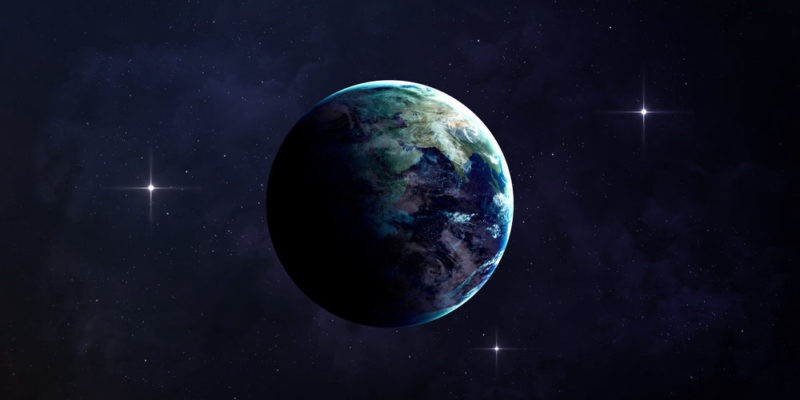 What was the Precambrian?

The formation of Planet Earth

the formation of the moon

Geological characteristics of the Precambrian

The origin of life

Flora in the Precambrian

Fauna in the Precambrian

We explain what the Precambrian was, the stages into which it is divided and how the Earth was formed. In addition, its characteristics, flora and fauna.


What was the Precambrian?

On the geological time scale, the first and longest stage of Earth’s history is known as the Precambrian , covering about 88% of it. It has its beginning in the formation of the planet itself, about 4.57 billion years ago. It is considered an informal division of geological time , whose appropriate name would be the Precambrian supereon.

In this period of time the planet was formed, the first geological events began and life on Earth originated. Despite its importance, the study of the Precambrian is difficult, since there are almost no fossil records and the rocks formed in those times have changed greatly over billions of years of transformation.

The Precambrian Eon is divided into three Eons .

Each contains several Eras which are further divided into different periods.

The classification is given as follows:

Hadean Eon . The oldest, begins with the formation of the Earth and the Moon about 4,600 million years ago. It is also called Azoic, and there are no definitive agreements regarding its limits. Does not include eras or periods.

The formation of Planet Earth 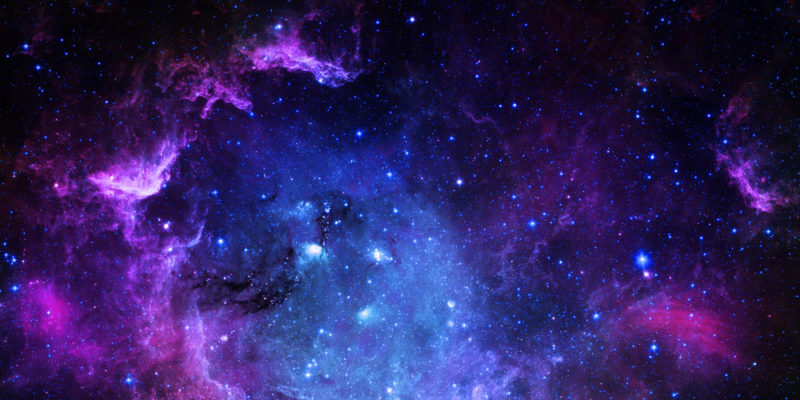 The nebular hypothesis holds that the Earth was formed by a cloud of dust and gases.

We do not know exactly how our planet and the Solar System formed . The most accepted theories assume it as a process of sedimentation and stabilization of the same matter from which the Sun was formed , or of matter produced during its birth, initially gathered in a planetesimal disk just over 4.5 billion years ago.

According to this theory, known as the Nebular Hypothesis, our planet formed, as we have seen some others form in distant regions of space, from a cloud of dust and gases that began to attract each other due to their gravity .

With due passage of time, these balls of gas and dust would have condensed enough to have a firm existence and a definite shape. Thus it came into existence as what we normally call a planet .

the formation of the moon 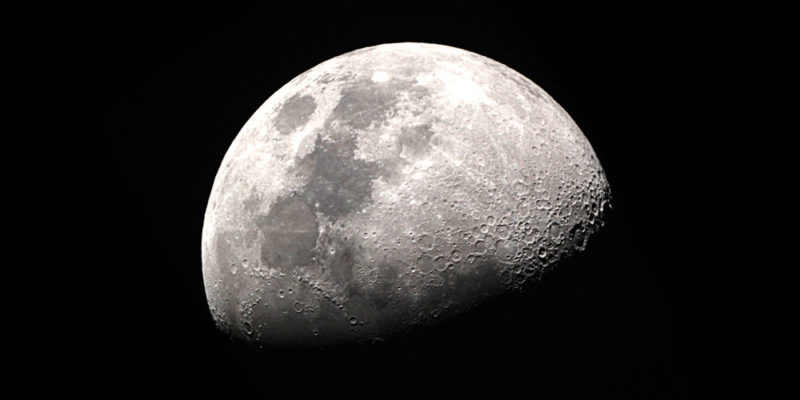 The moon is said to have been part of a natural satellite made up of a ring of debris.

The formation of our natural satellite is another great mystery of science , but one of the most validated theories in this regard is the so-called “Great Impact Hypothesis”. According to this assumption, the Moon was part of a protoplanet that shared the Earth’s orbit and is called Tea, Theia or even Orpheus.

Tea hit Earth about 4.533 million years ago , merging its core with our planet’s and leaving a ring of debris from both bodies floating around.

This ring would have given rise to two satellites , one of which ended up crashing against the planet again, at that time little more than a broth of molten or vaporized rock at 4,000 ° C, while the rest, which we call today the Moon, remained at a distance necessary to orbit the planet for millennia.

Geological characteristics of the Precambrian 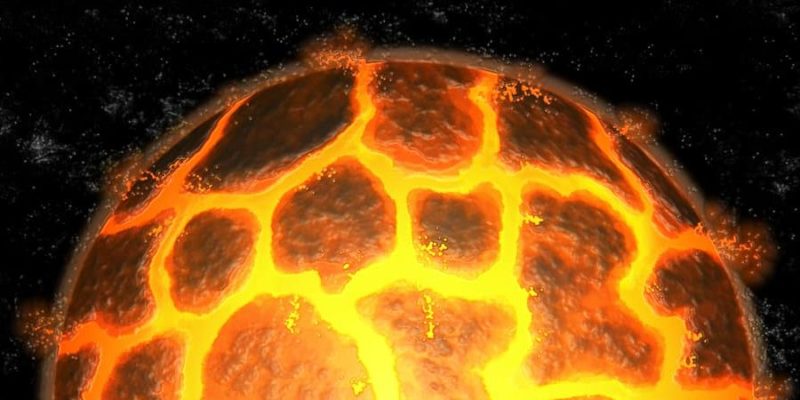 The cratons were found in a mantle of molten rock.

Based on the oldest minerals found on the planet, we know that its beginning was around 4.5 billion years ago. Originally it was a red-hot ball of molten minerals , surrounded by a gaseous mass of vapors such as ammonia.

As the planet cooled, the first cratons, precontinental cores, emerged . Due to their collisions, the first mountains were formed , since they were found in a hot mantle of molten rock.

During the Proterozoic the convergence of these cratons into a single continent occurred , on three separate occasions. Thus, the earth’s crust and the first shields, the core of the current continents, cooled. The oldest of all are those of Africa and Greenland, formed 3,500 million years ago.

The climate in the ammonia protoatmosphere with which our planet was born was sizzling hot, with temperatures in the thousands of degrees Celsius . Terrestrial volcanism expelled other gases such as carbon dioxide and water vapor , gradually cooling the planetary temperature to 100 °C, about 3.8 billion years ago.

Only then did liquid water begin to form and give rise to proto-oceans. Thus began the cooling of the entire planet , until eventually significant drops in temperature occurred: the first ice ages, which froze the primitive ocean . This was especially common in the Cryogenic period.

Finally, when oxygen made its appearance thanks to life, a new element began to appear in the atmosphere : ozone . Its atmospheric layer began to filter much of the solar radiation and allowed the planet’s internal climate to stabilize.

Thanks to this process, part of the heat emitted by the Sun stopped penetrating towards the Earth’s surface. This happened about 1.8 billion years ago and was very important for the origin of life . 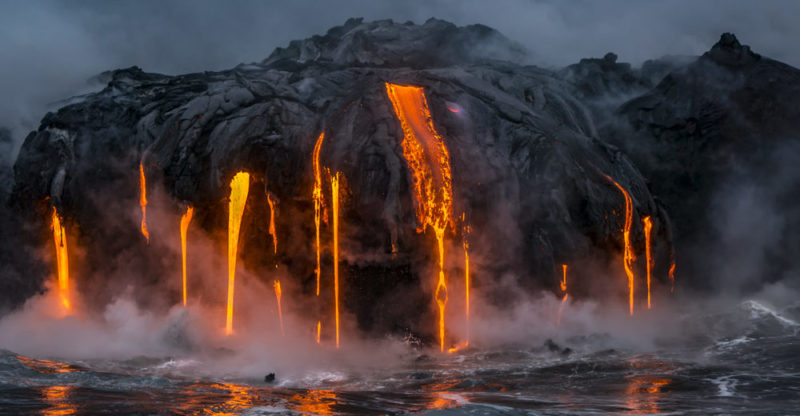 The lava cooled in contact with the oceans producing water vapour.

Volcanism was extremely active during the early stages of the Precambrian , throwing layers of magma outward, which thickened the earth’s crust as it cooled. In addition, when it cooled in contact with the primitive oceans, it produced gases and water vapour.

Thus, the atmosphere gained weight, density and new elements . As the Precambrian neared its end, these eruptions began to become more sporadic and the planet to stabilize more and more.

The origin of life

Currently, the most widely accepted hypothesis assumes that life began on the planet between 4,280 and 3,770 million years ago , when water vapor began to condense and the first reserves of liquid water appeared.

Exactly how life got its start is hard to figure out, but somehow microscopic bubbles containing certain chemical elements that had affinity for each other formed in the oceans.

More complex and functional structures were created from these bubbles , which even managed to replicate themselves. Thus the first proto-cells emerged, thus setting evolution in motion. 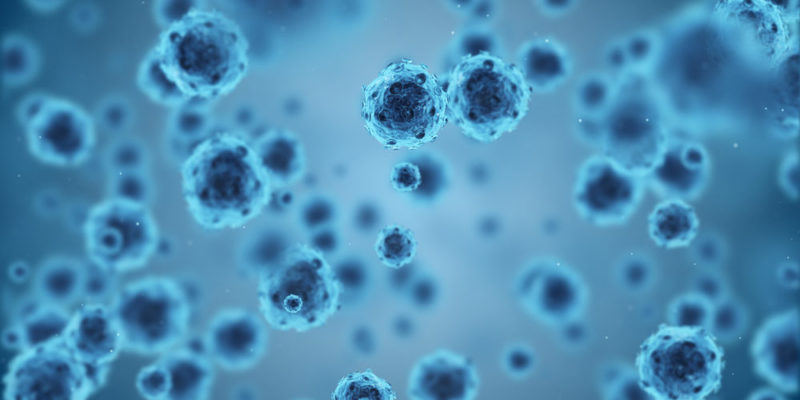 The first protoplants were bacteria capable of harnessing sunlight.

This is how the process that initiated the appearance of life on the planet and especially photosynthetic life, that is, the first protoplants, is known. They were mostly bacteria capable of harnessing sunlight and releasing oxygen as part of their processes.

Thus, from the Sideric period to the beginning of the Paleoproterozoic, about 2.4 billion years ago, the atmosphere was awash with oxygen . The proliferation of this gas had notorious impacts on the climate and on planetary chemical reactions. It led to a world more similar to the one needed by oxygen-consuming life forms.

Flora in the Precambrian 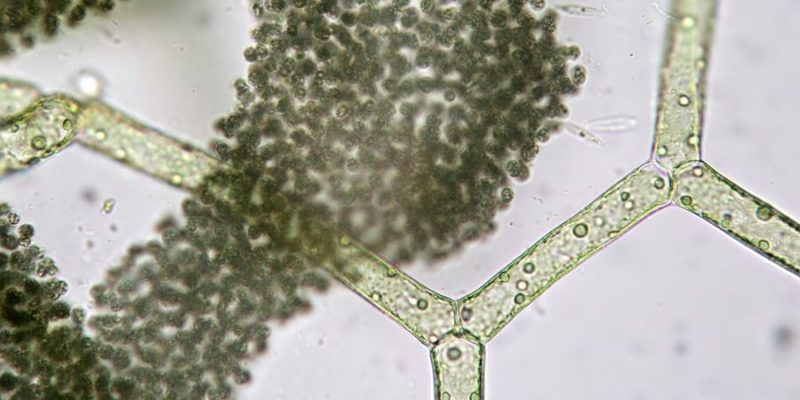 The cyanobacteria took advantage of volcanic chemical elements to feed themselves.

There was no plant life in the Precambrian, but there was a bacterial flora whose appearance is around 3,400 million years . It was made up of cyanobacteria ( blue-green algae ) that took advantage of the presence of volcanic chemical elements in the water (chemosynthesis) to obtain energy and nourish themselves.

In other cases they used solar radiation (photosynthesis) for the same purposes. Later, more complex life forms arose, but their soft bodies did not leave much to fossilize and it is difficult to know of their existence.

Fauna in the Precambrian

The fauna proper in the Precambrian appeared after the Great Oxidation Event , when the atmosphere had enough oxygen to support animal life . Initially it was microscopic, like the Fauna of Ediacara. It is difficult to know much about it, since it did not leave too many fossils for study.