Robert Boyle: Who Was, Life, Contributions And Characteristics 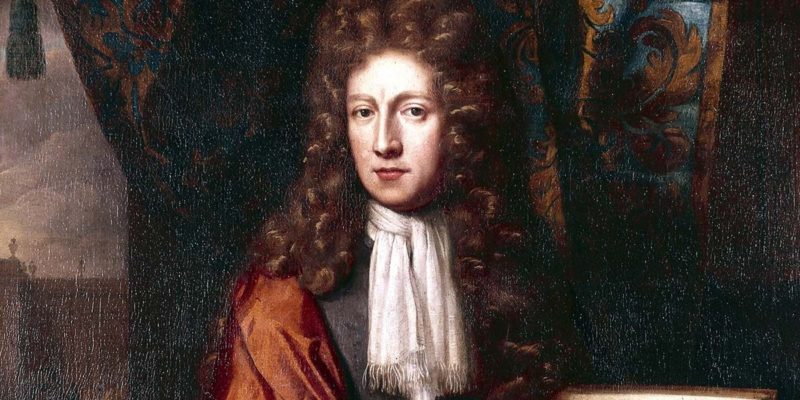 Who was Robert Boyle?

Other contributions from Robert Boyle

We explain who Robert Boyle was, his contributions to chemistry and theological studies. Also, what are its characteristics and studies.

Who was Robert Boyle?

Robert Boyle was an Irish philosopher, chemist, physicist, and inventor , also devoted to Christian theology , and known particularly for formulating the law that bears his name: Boyle’s (or Boyle-Mariotte) Law, which links volume and the pressure of a gas subjected to a constant temperature .

Robert Boyle is considered to be the first modern chemist , one of the founders of this discipline. In that sense, he is one of those responsible for the fact that knowledge long considered (with suspicion) as alchemical or magical, became understandable in scientific terms. 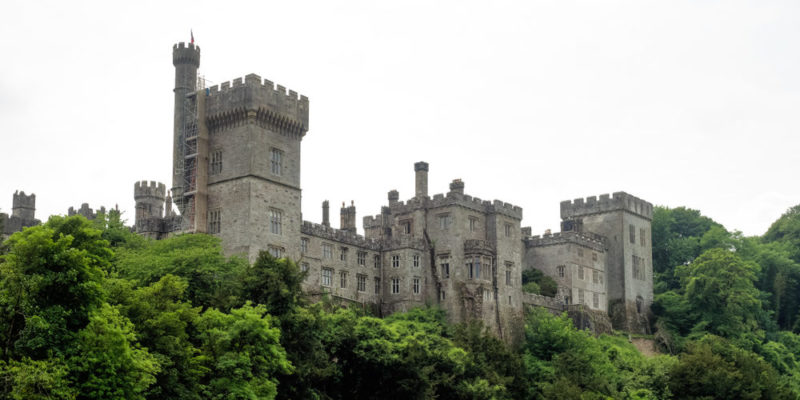 Boyle was born at Lismore Castle, on the banks of the River Blackwater.

Robert Boyle was born in Waterford, Ireland, in 1627 . He was the fourteenth son of an English nobleman named Richard Boyle, Earl of Cork, and his mother was Catherine Fenton, his father’s second wife.

Boyle was born at Lismore Castle , on the banks of the River Blackwater, to a wealthy family. He received an education to match his talents: at an early age he learned Latin, Greek and French, and at the age of eight he entered Eton school.

Boyle’s sheltered youth enabled him to receive an elite education , with French tutors and stays in Genoa and Florence , where he studied the work of Galileo Galilei . After the death of his father, he received various properties in inheritance.

Thanks to his fortune, Boyle was able to pursue the sciences . He became part of the “Invisible College”, precursor of the British Royal Society, in which numerous thinkers met at Gresham College in London, or in Oxford.

Starting in 1663, this group became the Royal Society or Royal Society of London for the Advancement of Natural Science , of which he was elected president in 1680, an honor he preferred to decline. During this period many of his most important studies, inventions and studies emerged.

From 1689, weakened by age and by increasing paralysis, he preferred to seclude himself and flee to public contact , to devote himself to theological study until the day of his death. 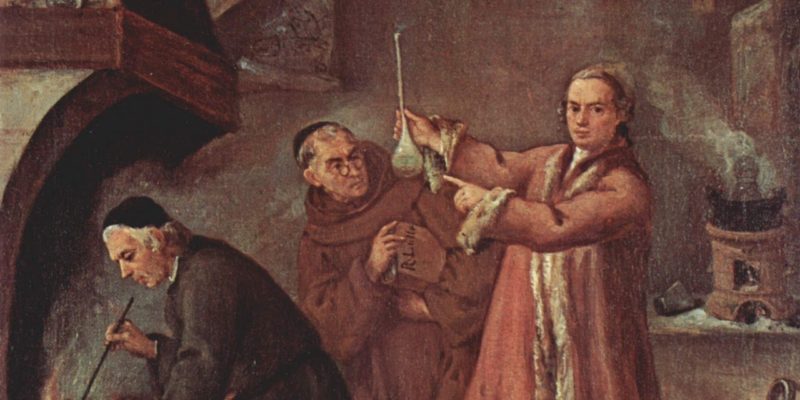 It can be said that Boyle was a modern alchemist.

To keep his hypotheses free of suggestions, he said he did not follow teachers and avoided the study of the atomic model of the time and the Cartesian system. However, Boyle’s great contribution to chemistry stems from his experimental verification of the principles of Francis Bacon’s Novum Organum Scientiarum (1620).

Boyle can be said to have been a modern alchemist . Convinced that he could transmute metals , an old dream of antiquity, he carried out experiments trying to obtain gold , just like the Arab alchemists.

However, he moved towards a much more modern view of the elements , as well as chemical and physical processes. He understood the difference between mixtures and compounds, and defended the chemical study as an end in itself, instead of a practice of techniques later applicable to other fields of knowledge.

His studies focused on the nature of gases , of which he analyzed combustion and respiration . He discovered the role of oxygen in both cases despite the fact that, as he wrote, his sensitive nature prevented him from doing vivisections to appreciate how oxygen entered the body . 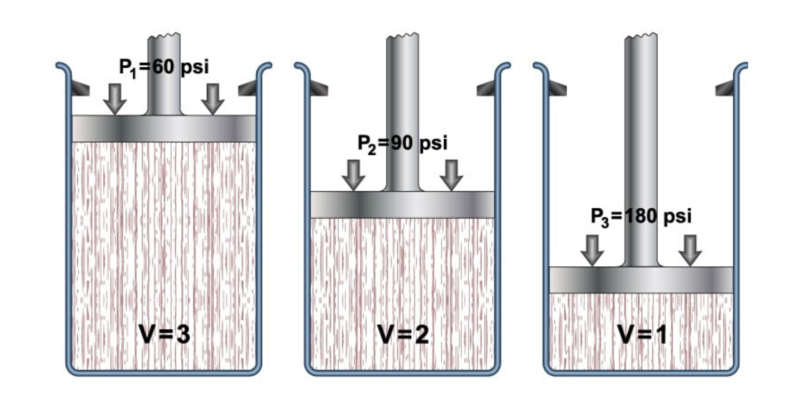 The volume of a gas varies inversely proportional to the pressure at constant temperature.

One of Boyle’s great contributions is not to chemistry, but to physics: Boyle’s Law. This law was formulated by both Boyle and the French botanist Edme Mariotte independently in 1662 and 1676 respectively.

It is one of the laws that determine the behavior of gases . It states that if the temperature is held constant, the volume and pressure of a certain amount of gas have an inversely proportional relationship.

Where P and V are the pressure and volume of the gas, while k is a constant.

The above relationship can also be represented as:

Where P 1 and V 1 are the initial pressure and volume of the gas. While P 2 and V 2 are the pressure and the final volume. 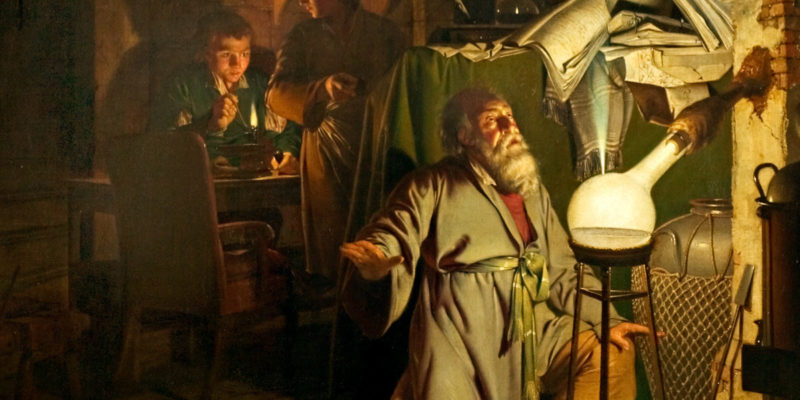 Apart from his scientific interests, towards the end of his life Boyle became interested in theology and Christian affairs . His approach in this regard avoided controversy and showed a certain pragmatism. He was sure that being a lay scholar, his deductions would be far more important than those of a member of some religious order.

His conferences remain from these interests, in which he defended the Christian religion , while condemning atheism and infidels. In addition, he also left some funds available to be read annually.

Boyle wrote numerous scientific works, among which are:

Also noteworthy among his theological works:

Other contributions from Robert Boyle 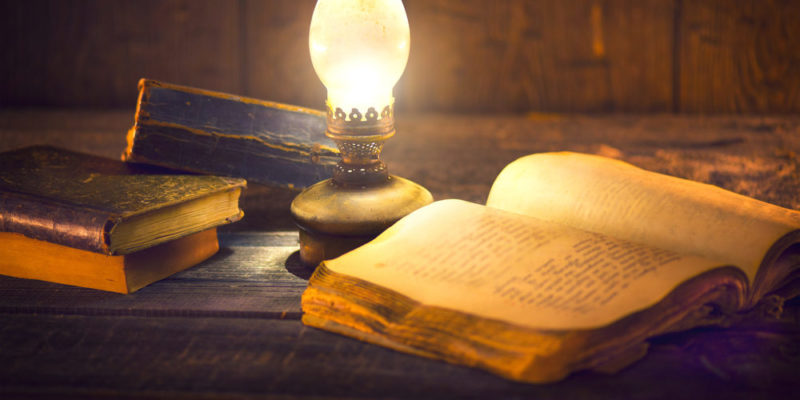 Boyle was a founding member of the Royal Society , a scientific organization that subsequently came of great importance. In addition, he directed the East India Company, in which he invested enormous sums of money to promote the gospel in the world. He translated the Bible into different languages and contributed especially to religious missions abroad.

Robert Boyle died in London on December 31, 1691 , in the house he had shared with his sister for twenty years (who had died a week earlier). The cause of his death was paralysis. His remains were buried in the churchyard of St Martin-in-the-Fields, with a funeral oration for his friend, Bishop Gilbert Burnet. 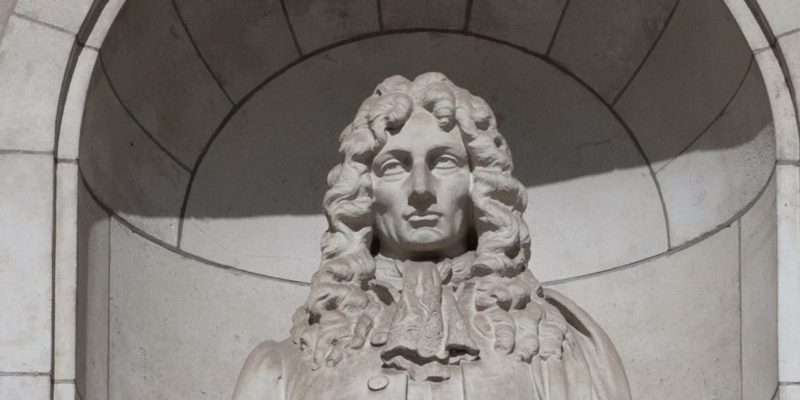 Boyle’s name is present on awards, asteroids and even a lunar crater.