Second Industrial Revolution: What Was It, Advances, Consequences 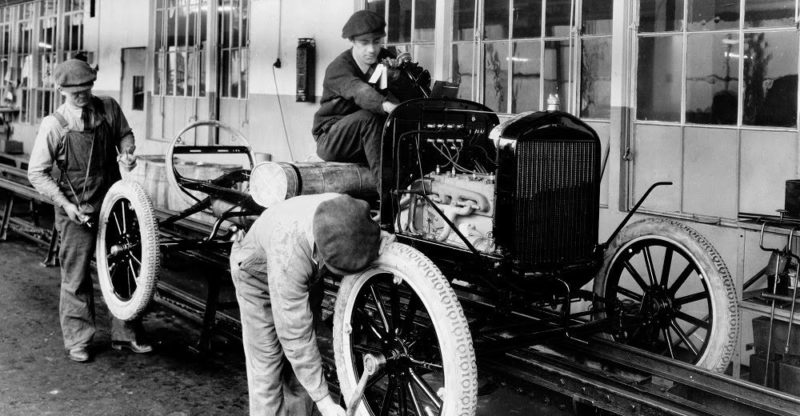 What is the Second Industrial Revolution?

Characteristics of the Second Industrial Revolution

The mechanization of labor

The development of transport

Advances in science and chemistry

The consequences of the Second industrial revolution

We explain what the Second Industrial Revolution was, what are its characteristics and the advances that took place in this period.

What is the Second Industrial Revolution?

The Second Industrial Revolution corresponds to the period that began between the years 1850-1870  and the start of the  First World War  in 1914 . It was a time of important economic and social changes as a consequence of accelerated technological development.

The technology has changed the world in many ways throughout history , but the period of the Second Industrial Revolution was unprecedented: he transformed the everyday life with new energy sources , transport, production and telecommunications.

Characteristics of the Second Industrial Revolution 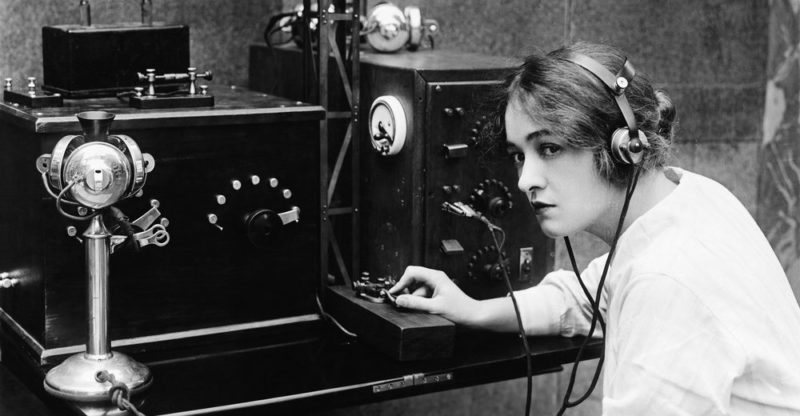 In the Second Industrial Revolution, great advances were made in telecommunication.

The main factors of the Second Industrial Revolution and from which numerous contributions emerged, were:

Some of the great inventions that changed history forever were the creation of chemicals , electricity, the creation of petroleum- based fuel , industrial mass production, new methods of transportation, the industrial production of weapons, printing of newspapers , the emission of radio programs and the telegraph.

New industries were born as a result of great inventions, such as automatic machines capable of manufacturing parts for other machinery (a process called machine  automation), which allowed improving competitiveness in the  market after accelerating production times and reducing costs ( because it required less manpower).

The world market was divided into two large groups : the dominant producing countries and the dependent countries that came from raw materials (manufacturing used to be more expensive than raw materials, always leaving a favorable balance for industrial countries).

Labor exploitation emerged (including child labor), with days of more than 12 hours and insufficient wages, making work in some factories exhausting and inhumane.

The mechanization of labor 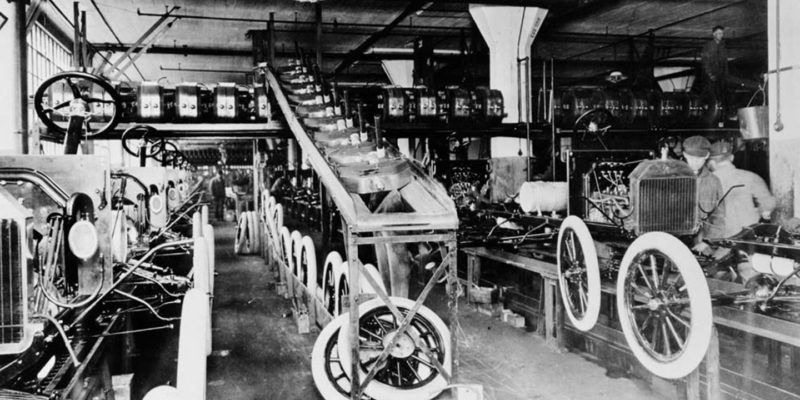 In 1914, Ford implemented Taylorism as a method of production.

The new production system was based on Taylor’s model of series production, which proposed that each worker make a part of a piece within an assembly line and in a specified time, in order to reduce production costs and increase the  productivity  of people to the maximum possible.

In 1914, the Ford Motors Company car factory adopted the Taylorist model and incorporated a new social aspect: it held the idea that each worker should earn enough to buy one of the cars it manufactured, because a good salary guaranteed an increase in consumption. In this way, the capitalist economic system was strengthened .

The development of transport 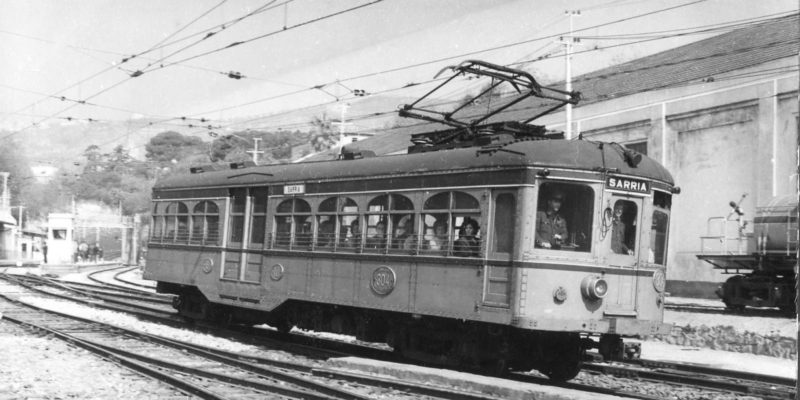 The electric railroad promoted the growth of commerce.

The development of transport was characterized by the electric railroad, which was one of the main responsible for the outbreak of the production system. The installation of long railways facilitated the transfer of thousands of people and supplies.

England specialized in the construction of railways , exporting all over the world. A bond of dependency was created with the purchasing countries that had to remain linked with the English to obtain spare parts and technical service.

The increase in production led to the search for new fuels . Oil and electric power allowed the creation of new types of transport with faster engines, such as the boiler-powered ship, which, together with the railroad, allowed the expansion of trade . 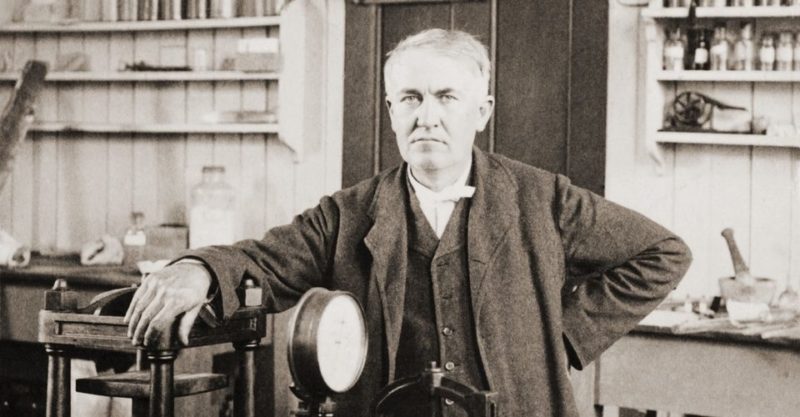 It was Tomas Alva Edison who invented the incandescent lamp.

In 1848 the chemist James Young had a small business that refined crude oil . Time later, the technological development of China allowed the drilling of wells whose technique spread throughout the world. One of the derived fuels was kerosene, used for lighting (it was more efficient and less expensive than vegetable or alternative oils of the time).

In 1879 the discovery of electricity was made, which had been studied by various researchers with different contributions. It was Tomas Alva Edison who invented the incandescent lamp , which allowed its use for public lighting and the home. This method replaced the old kerosene lighting system. 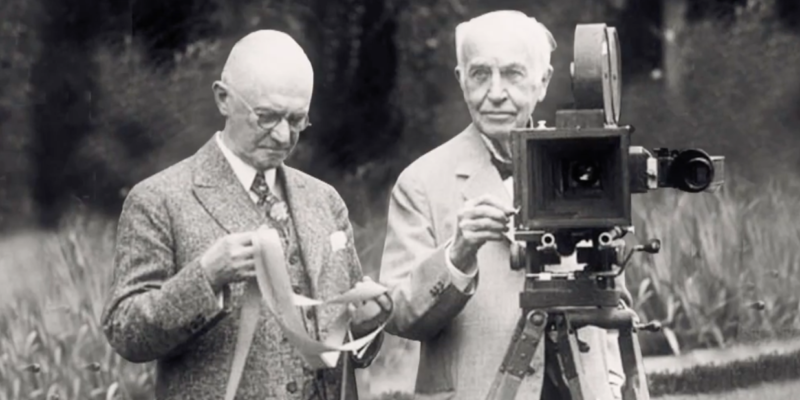 In 1895 the Lumiere brothers created the first cinematograph.

Among the most notable discoveries in telecommunications during the process of the Second Industrial Revolution, the following stand out:

Advances in science and chemistry 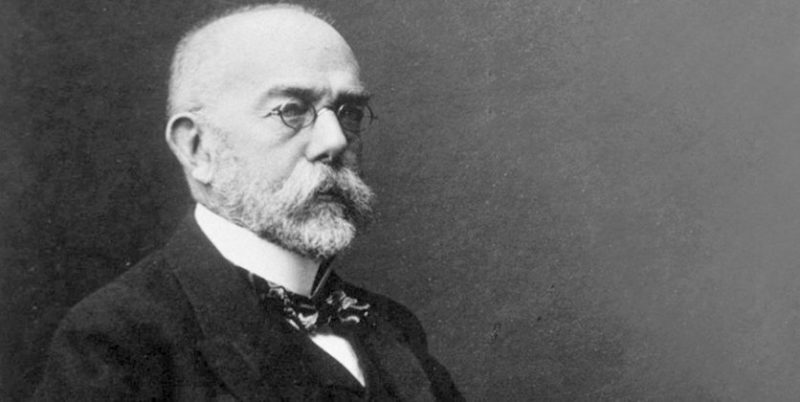 Robert Koch described the etiologic agent of the bacteria that caused tuberculosis.

In 1864 the chemist Louis Pasteur created a process for the preservation of food called “pasteurization” that allowed the destruction of microorganisms and bacteria , without altering the original composition of the substance.

In 1882 the physician and microbiologist Robert Koch described the etiological agent of the bacterium that causes tuberculosis. In 1897 the chemist Felix Hoffmann discovered acetylsalicylic acid which, two years later, the Bayer company patented under the name Aspirin.

These and many other advances in science and medicine made it possible to control or reduce diseases , extending the average life expectancy.

The consequences of the Second industrial revolution 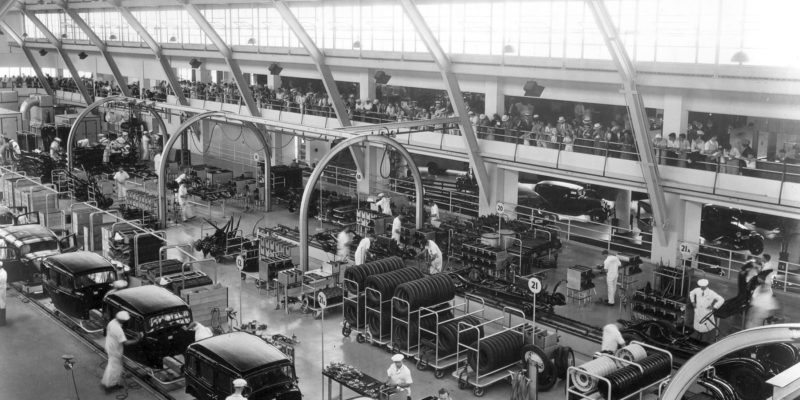 The Second Industrial Revolution was characterized by an increase in unemployment.

The systematic production developed during the Second Industrial Revolution had as a consequence the acceleration of production, achieving greater competitiveness in the market which, in turn, increased unemployment due to the replacement of employees by machinery. In addition, the use of technology prompted great and important discoveries that changed the course of history to the present day.

The labor movement led by socialist and anarchist unions also arises , as a consequence of the growing labor exploitation (in the desire to achieve maximum competitiveness in the market ) and unemployment (due to the replacement of labor by machinery), with the aim to improve the standard of living of workers and to demand a better distribution of wealth.