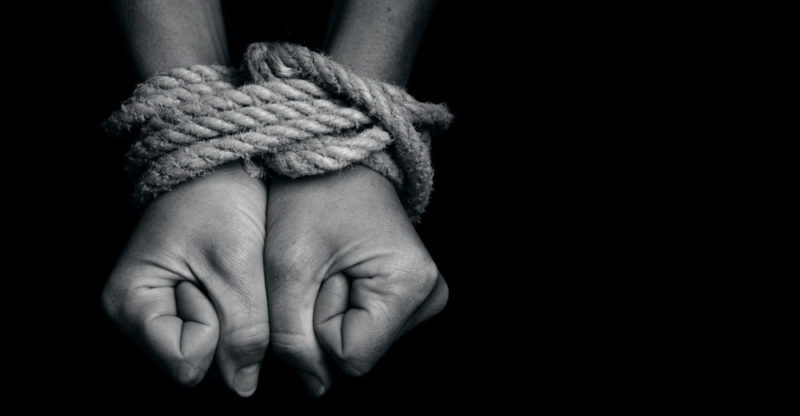 Strengths and weaknesses of slavery

Crisis of the slave model

We explain what slavery is, how it originated and what its characteristics are. Also, their strengths, weaknesses and examples.

It is known as slavery or slave mode of production to the system of economic production whose support is unpaid labor , that is, slave.

Slaves were the labor force in the production of goods , construction labor or servitude and, at the same time, a product that could be marketed .

This mode of production was one of the first in the economic history of humanity and used to be based on the capture of human beings from enemy communities or nations, within or outside the framework of wars, to subjugate them and use them as slaves.

Slavery was a common practice in almost all ancient cultures and in the feudal system. It was finally abolished in the Modern Age , when the fundamental rights of man were enshrined.

However, there are contemporary forms of slavery , such as those implemented by the Nazi German regime in its forced labor camps, or by the Stalinist former Soviet Union in its own.

Slavery as a form of production seems to be as old as man , at least from its settlement in agricultural communities, in which the continuous work of the land was necessary: animals and slaves were used for this .

Slaves were an important part of the economy of ancient cultures such as the Egyptian , who used them to build their pyramids and buildings, or the Greco-Roman, who used them as servitude and labor. 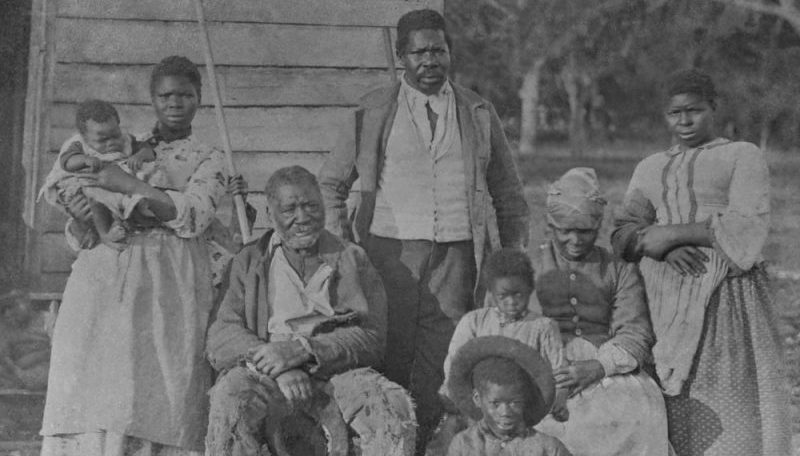 Slaves were non-salaried workers with no rights.

The slave system was based on the existence of slaves, that is, non-salaried workers devoid of any type of rights , who were treated as merchandise.

They could not have any type of property , nor did they participate in any way in the conduct of society and their masters could even exchange them for goods and products, or use them for various purposes. They constituted the lowest rung of the community.

The slaves received their food, clothing and housing from their masters , to whom they owed fidelity. In case a slave was murdered, the murderer had to compensate his owner with the corresponding value. Furthermore, children born to slave women were themselves slaves and the property of the same owner.

Only the master could grant them their freedom , in some cases after receiving compensation from the slave equal to the value of the freed slave. 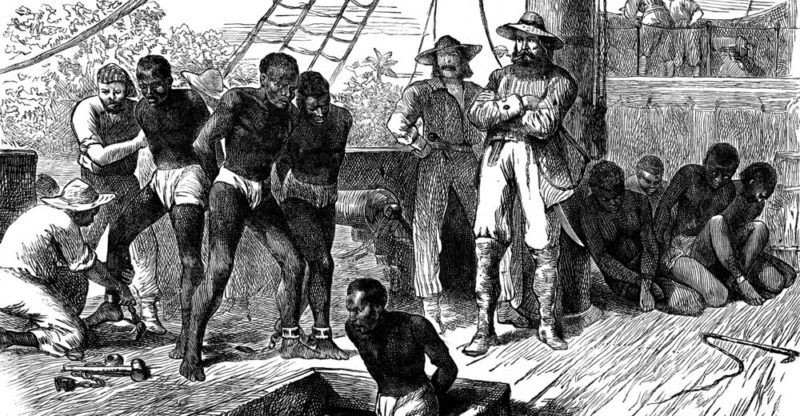 Many slaves perished due to the inhuman conditions of the transfer.

Slaves were purchased from slave merchants or dealers , at auctions that often took place in public squares.

They came from other nations, usually militarily subjugated , as the men were often executed and the women and children captured to serve as slaves.

During the American colonial era , for example, African slaves were kidnapped from their towns on the continent and forcibly transferred to America , where they were sold to landowners in need of labor.

On the way, many perished due to the inhuman conditions of the transfer , crammed into narrow compartments in the bottom of the ship.

Strengths and weaknesses of slavery 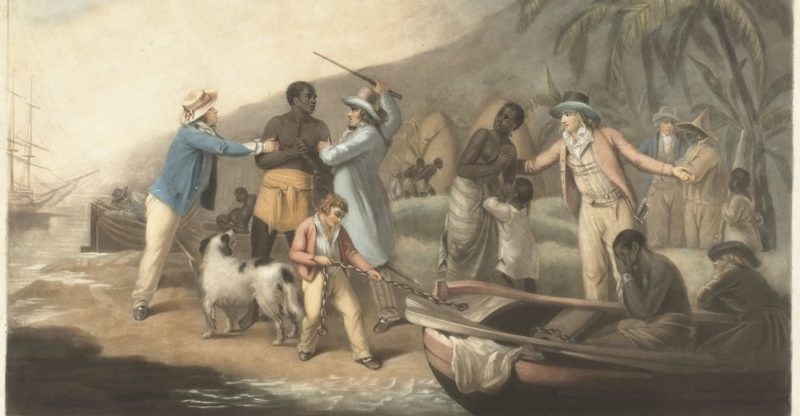 Slaves were often threatened and punished to instill fear in them.

Slavery was undoubtedly an inhumane and cruel practice, but it had the following strengths and weaknesses:

Slavery existed since ancient times and even feudal society that existed in the Europe of the Middle Ages accepted it despite Christian values to which he adhered. But it did not depend on the slaves but on the serfs (free peasants) to produce.

Slave societies, on the other hand, based their economy on the use of slaves or, in some cases, on their commercialization. Therefore, social relations were determined by the rights of free people and the submission of enslaved people.

In them, land and work were the elemental productive forces , and while the former was the property of the free, the latter belonged to the slaves.

Crisis of the slave model 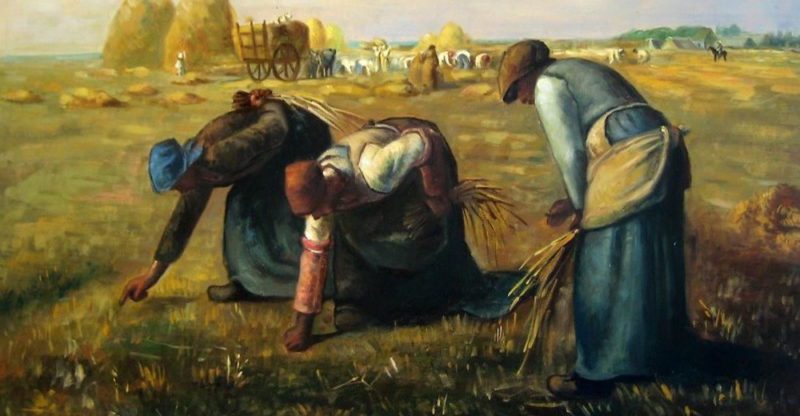 The slaves were replaced by semi-free settlers and then serfs.

As long as there was no continuous warfare that allowed the conquest of new territories and the enslavement of its citizens , the cruelties of slave life limited the amount of labor and eventually slaves became scarce.

This made another type of labor necessary: the semi-free settlers initially, and later the serfs . From this moment, the slave society took its first steps towards a feudal society.

A distinction must be made between the slave model, where the master owns land and farms it with slave labor bought from merchants or won as spoils of war; and the feudal model, where the landlord housed in his fiefdom a number of free peasants , who served him and produced for him in exchange for protection, order and a portion of what was produced.

Neither the serf nor the slave received a salary as the proletarian will do much later in capitalism , but the second does not even receive the portion of what is produced that the feudal lord gives to the serf, nor can he go where he wants and decide his own destiny. .

In feudal societies there were slaves too, but they were not the main model of economic productivity.

Feudalism derives its name from the existence of fiefdoms, that is, small kingdoms in charge of a feudal lord , who is the highest authority in them and enjoys the fidelity of those who inhabit it: peasants who produce for him, merchants who negotiate with these and pay tribute, soldiers who maintain their order.

In return, the landowner provides them with food, a home to live in, protection, and a model of justice . Medieval Europe was eminently feudal. 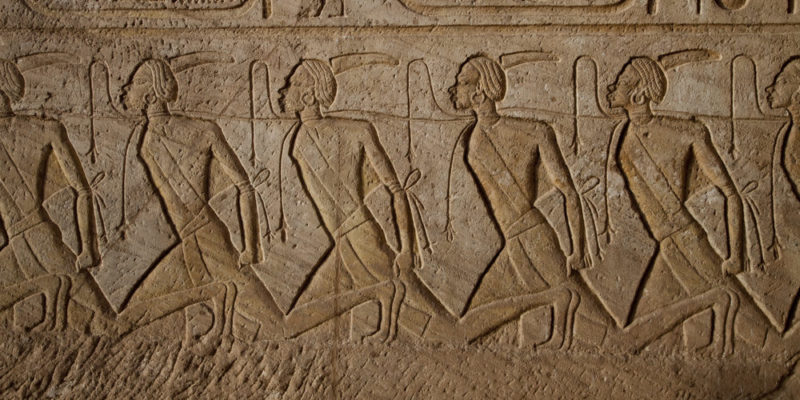 Egyptian slaves were labor for the construction of pyramids.

Some well-known slave societies of antiquity included the Mesopotamian, Egyptian, Greek, and early Roman societies , who used slaves from their military conquests to build, plant, and serve themselves.

The Aztecs, Incas, and other pre-Columbian American cultures also knew of slavery and used it often, but usually as a way to obtain human sacrifices for their religious rites and for farming.

The slave model made the transition to medieval feudalism disappear in the West .

With regard to slavery, it was necessary to wait until the 19th century to achieve its disappearance as a legal figure , at the hands of the abolitionists and the thought of the French Enlightenment , from which the declarations of universal rights of the human being emerged.