What is the South Pole? Know The Climate, Flora, Fauna, Time Zone and Characteristics 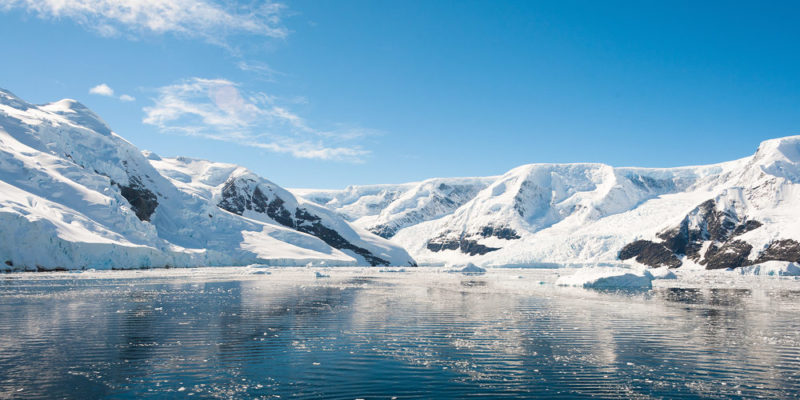 What is the South Pole?

Flora of the south pole

First explorers of the South Pole

Scientific investigations at the South Pole

We explain what the South Pole is, what its climate is like, and the flora and fauna it presents. Also, what are its features, research, and more?

What is the South Pole?

The South Pole is the southernmost point on the Earth’s surface . Its latitude and longitude is 90 degrees south and 0 degrees east (90°0’0”S 0°0’0”E). At this point all the meridians converge and, together with the North Pole , it is the point on the earth’s surface furthest from the Equator .

It is the point opposite the North Pole . Between the Poles is an imaginary line that is the axis of rotation of the planet .

The South Pole is located on the southernmost continent in the world, Antarctica . Unlike the North Pole, the territories near the South Pole were never colonized . In fact, the Antarctic continent was only discovered in the 19th century.

It is a desert climate, that is, it does not receive precipitation . Extremely strong winds are common and can cause snowfall. 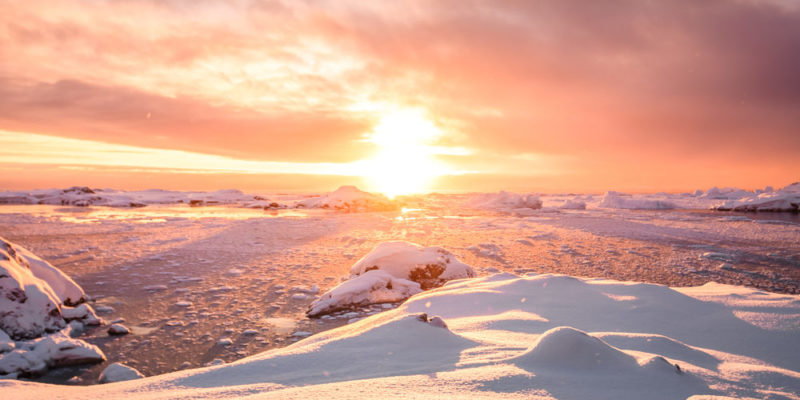 In summer, the sun remains constantly above the horizon.

Seasons at the pole are much more drastic than on the rest of the planet. In winter the sun does not appear above the horizon for months.

As summer approaches, it begins to lighten and for the next six months the sun remains constantly above the horizon. At the South Pole the year is divided into a great day and a great night .

Because there is only one day and one night in the entire year, time at the South Pole cannot be defined by the position of the sun in the sky . That is why the South Pole time was established as the official time in New Zealand. This is an arbitrary convention and defined solely for practical purposes.

Flora of the south pole 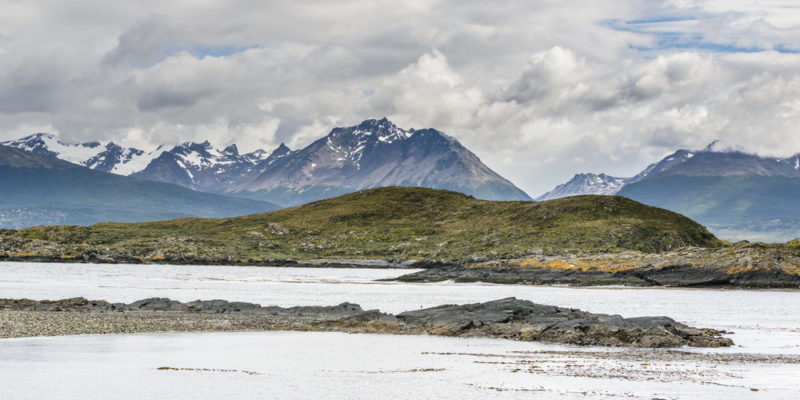 The flora of the South Pole features fungi, lichens, mosses, and algae.

The vegetation of the South Pole is found mainly in coastal areas , that is, relatively far from the exact Pole. Among the flora of Antarctica are only two species of flowering plants, fungi , lichens, mosses and algae .

However, lichens (a combination of algae and fungus) were largely adapted to extreme environmental conditions and can be found in areas very close to the South Pole. 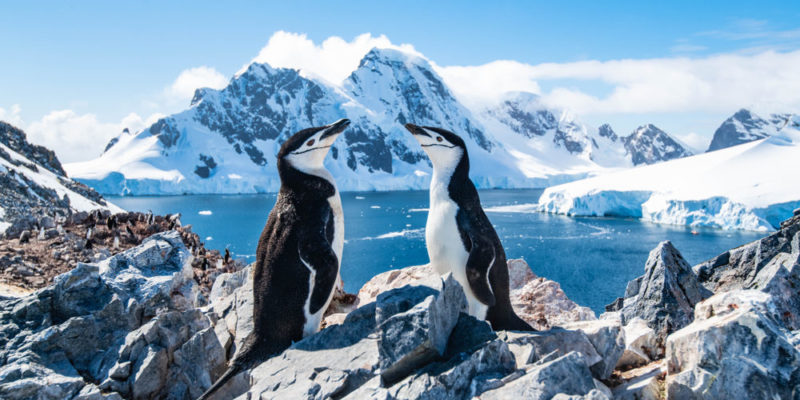 Among its fauna, five species of Antarctic penguins stand out.

In Antarctica , vertebrate animals are found exclusively in coastal areas. Among them are five species of Antarctic penguin , seagulls, fish , seals, and whales , among others.

However, far from the coasts, invertebrate animals such as mites and ticks can be found, which spread to a distance of at least 500 km from the South Pole.

First explorers of the South Pole

The first group to set foot on the South Pole was led by the Norwegian Roald Amundsen and they reached their destination on December 14, 1911 . British explorer Robert Falcon Scott’s party arrived a month later, but the leader and four of his companions died on the return journey.

The first people to fly over the South Pole were the explorer Richard Byrd and his pilot Bernt Balchen on November 29, 1929. It was only on October 31, 1956 that a group of the United States Navy led by George Dufek managed to land a plane and step on the South Pole.

The Amundsen-Scott base is permanently inhabited and still continues to operate.

In 1956, the Amundsen-Scott Base was established in the United States, named after the first explorers who reached the Pole . It is only 100 meters from the South Pole and continues to recede as it sits on top of a glacier.

It is permanently inhabited and is still in operation , although the original facilities were abandoned and replaced with others more suited to extreme weather. The base population is usually around 200 people .

Scientific investigations at the South Pole 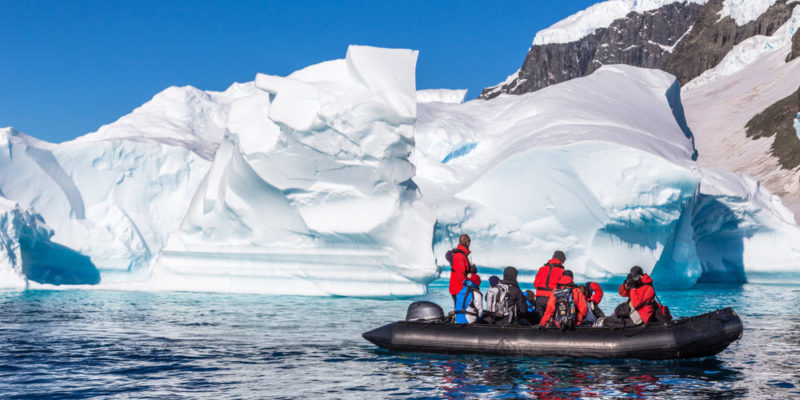 In Antarctica you can see the ice, the air and even few animal species.

Scientific research in the South Pole and in general in Antarctica takes advantage of its unique characteristics, since it is not only a territory with extreme environmental conditions, but it was also a territory never colonized by humans .

The North Pole, which also has extreme conditions, was colonized and the impact of human presence can be seen in its flora, fauna and geography .

On the contrary, in Antarctica you can see the ice, the air and even some few animal and plant species that until now have not been impacted by humans.

The Antarctic Treaty is a collective agreement between thirteen countries to regulate international relations in Antarctica, including the South Pole. The treaty establishes that the territory of Antarctica may only be used for peaceful purposes.

Furthermore, considering that all the signatory countries had made territorial claims on the continent , the treaty freezes disputes over territorial sovereignty. 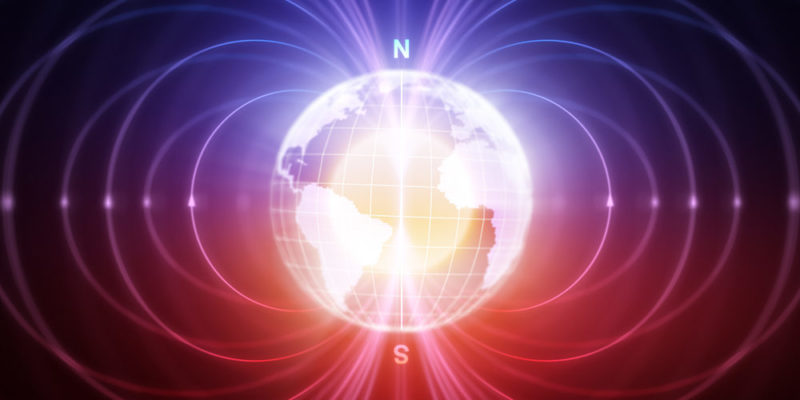 At the South Magnetic Pole, the magnetic field is perpendicular to the surface.

North and South can meet on the Earth’s surface due to the magnetic force exerted by the North Pole. Compasses are based on this principle.

The South Magnetic Pole is the point where the magnetic field is perpendicular to the surface . At this point, all directions are north.

Since the Earth’s magnetic field is constantly changing , so is the South Magnetic Pole, making it very difficult to locate.