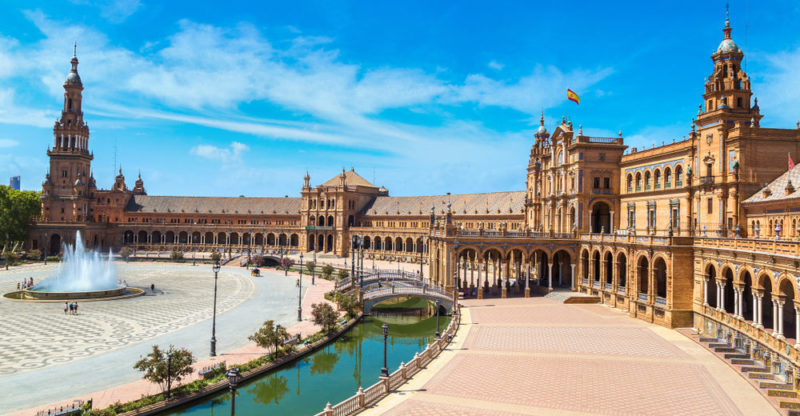 We explain everything about Spain, how is its geography, culture and traditions. Also, what are its characteristics, economy and more.

Spain or Kingdom of Spain is a country located in southern Western Europe and North Africa , which is made up of autonomous communities and is a member of the European Union .

The capital of Spain is the city of Madrid and it is a country governed by a parliamentary monarchy under a democratic form of government. Its customs, history and geography make Spain one of the most visited countries in the world and one of the main world economies .

Spain has a territorial extension of 505,370 km² and is the 4th largest country on the European continent (behind Russia, Ukraine and France ). Within Europe , Spain occupies the Iberian Peninsula, better known as mainland Spain, and the Balearic Islands. In Africa, the territory of Spain extends through the cities of Ceuta and Melilla and the Canary Islands, Chafarinas, Alhucemas, the island of Alboran and the rock of Vélez de la Gomera. 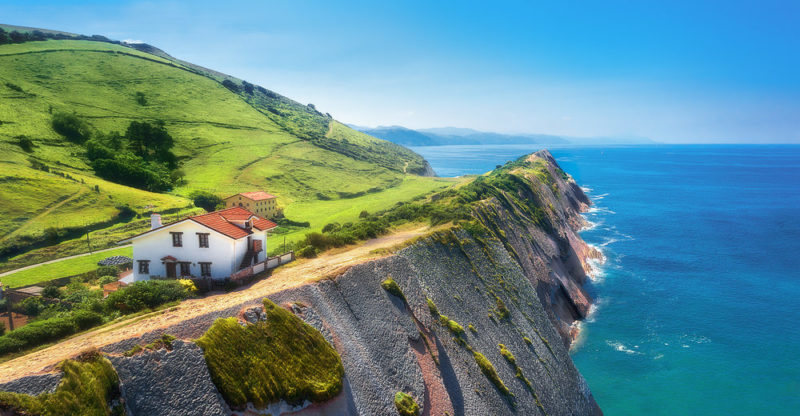 Spain is one of the most mountainous countries in Europe.

Much of the Spanish territory is at an altitude of 650 meters above sea level and is made up of the Great Central Plateau. Spain is made up of several mountain ranges , such as the Pyrenees, and is one of the most mountainous countries in Europe that also has some depressions that surround the Great Plateau.

Its borders are bordered by the Mediterranean Sea (to the south), the Cantabrian Sea (to the north) and the Atlantic Ocean (to the southeast and northeast) making it a country known for its beaches, cliffs, coves, coasts and archipelagos. Among the archipelagos, the Balearic Islands (in the Mediterranean Sea) and the Canary Islands (in the Atlantic Ocean) stand out.

Due to the diversity of reliefs that make it up and its geographical location, Spain is a country with various types of climate . Broadly speaking, it is characterized by a temperate climate and in almost all areas there are cold months and hot months. The different climates in Spain are usually classified as: oceanic , Mediterranean , mountain and subtropical.

Since Spain is a country with a wide diversity of climates and reliefs, its fauna and flora is one of the most varied on the continent .

In addition, there are amphibians such as the Iberian newt, the Iberian midwife toad and the frog ; reptiles such as the Mediterranean tortoise , the chameleon, the lizard and various species of lizards and snakes. Among the most outstanding birds of the peninsula are the Iberian imperial eagle , the black vulture, the blackbird, the sparrow and the magpie.

Fish such as lampreys, sturgeons, shad, eels , vermilion, barbels, calandins, tusks, silversides and seabass inhabit the salt and fresh water courses of Spain . In addition, on its coasts there are a large number of marine animals such as dolphins, whales , jellyfish and sperm whales.

For its part, in the Canary Islands many of the endemic species became extinct and many species that now inhabit there were introduced. Some autochthonous animals of these islands are birds, such as the Tenerife blue finch, the Canary Island mosquito net, and the Canary stonebird.

The flora of Spain varies according to the geographical area, because in each region there are variations in relief, temperature and rainfall. This country has the greatest diversity of flora species in Europe .

Broadly speaking, in the north of Spain , meadows and pastures abound , and deciduous vegetation predominates. On the other hand, in the southern zone, evergreen, aromatic plants and bushes abound.

Among the most representative tree species in Spain, the following stand out: the holm oak (which is considered the national tree) , the Mediterranean cork oak, various species of pines, the Mediterranean oak, the eucalyptus, the juniper, the beech, the fir, among many others.

Other plant species that can be found in Spanish territory are: the carnation (which is the national plant of Spain) , the Spanish bluebells, pomegranates, heather, broom, mosses and lichens and aromatic herbs such as thyme.

Spain is a State that is made up of seventeen autonomous communities and the cities of Ceuta and Melilla in Africa. These communities , in turn, are divided into provinces that have municipalities.

The Spanish autonomous communities are: 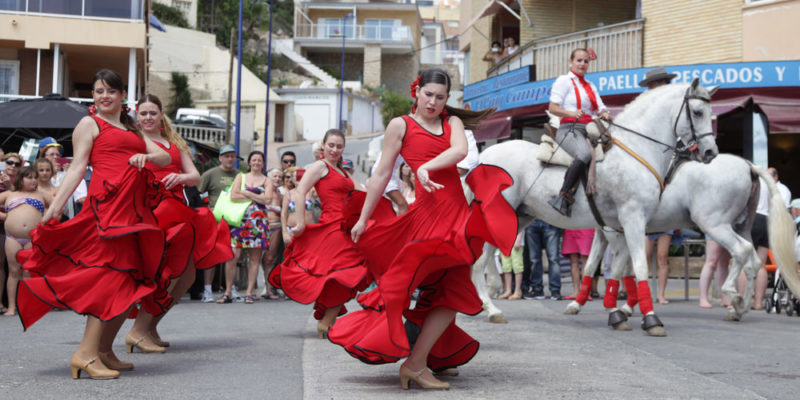 Different civilizations made Spain a country with great cultural diversity.

Throughout its history, Spain was the seat of cultures and civilizations, such as the Muslim, the Phoenician , the Roman , the Greek , the Carthaginian and the Visigothic. All these cultures left their contribution, making it a very rich and varied country from a cultural point of view, with a large number of artistic performances, festivities, gastronomy, music and dances .

Due to the extension of its territory, Spain has different customs and traditions according to each area. Some of the most representative are:

Spain is a country characterized by a great cultural wealth , with exponents in the field of art , music, architecture and letters . Some of the most recognized Spanish artists are:

The economy of Spain is the 5th in the European Union and the third tenth of the world. Historically, the most developed sectors of the Spanish economy were agriculture, livestock and fishing, however, from the 1950s on, a great industrial development began in areas such as the production of food, beverages, automobiles, textile and metals .

One of the activities that generates the most income in Spain is tourism, this country is the second most visited territory in the world and receives more than 80 million visitors every year. 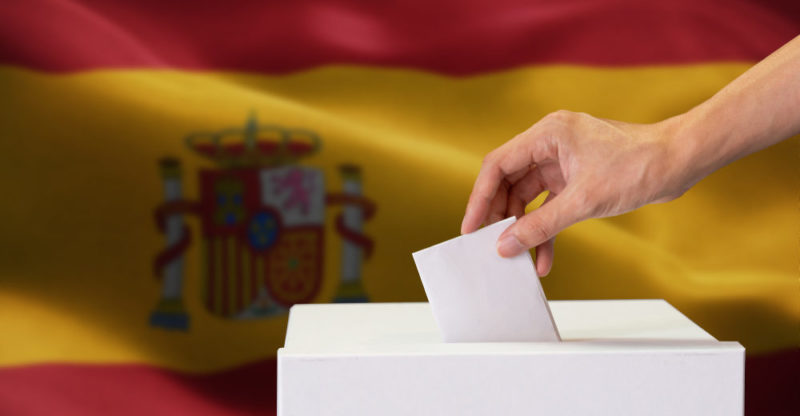 The candidate for president must be approved by a majority in the congress of deputies.

Spain has a form of government called a parliamentary monarchy , in which a king is the head of state , but the government is carried out by the legislative power and the executive power .

The Spanish legislative power is in the hands of the Cortes Generales , made up of the Senate and the Congress of Deputies. The representatives of the Cortes are directly elected by Spaniards over 18 years of age every four years. The president is then elected by these assemblies and the investiture is carried out in the hands of the king and queen.

The candidate for president must be approved by at least a simple majority in the Congress of Deputies and will remain in office until some of the following variables occur: 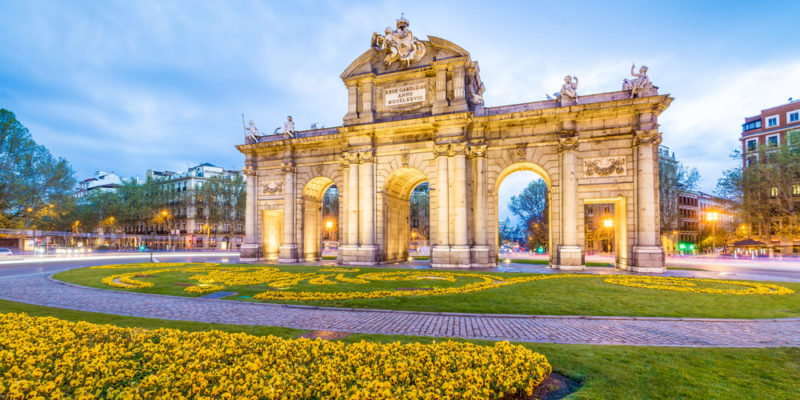 Spain is one of the most visited countries in the world.

Due to its customs, history, architecture and landscapes, Spain is the second most visited country in the world, after France. Madrid, Barcelona, Seville and Palma de Mallorca are the cities that generate the most attractiveness for tourists.

The Iberian Peninsula has beaches, water parks, volcanoes, golf courses, museums, monuments and a great artistic and historical heritage. Tourists are attracted by a varied gastronomy, in which seafood, croquettes, serrano ham and tortillas stand out, and a pleasant climate.

Some of the most visited attractions and places in Spain are: the Mosque of Córdoba, the Sagrada Familia in Barcelona, the Cathedral of Santiago de Compostela, the Alhambra in Granada, the Real Alcázar in Seville, the Royal Palace in Madrid, the Museo del Prado in Madrid, Plaza España in Seville, among others.

Spain also attracts a large number of tourists during festivals and celebrations such as San Fermín, in Pamplona, or the Fallas in Valencia.

Tourism is an important source of income for Spain and represents more than 10% of its GDP. It is visited mainly by tourists from England , France and Germany.