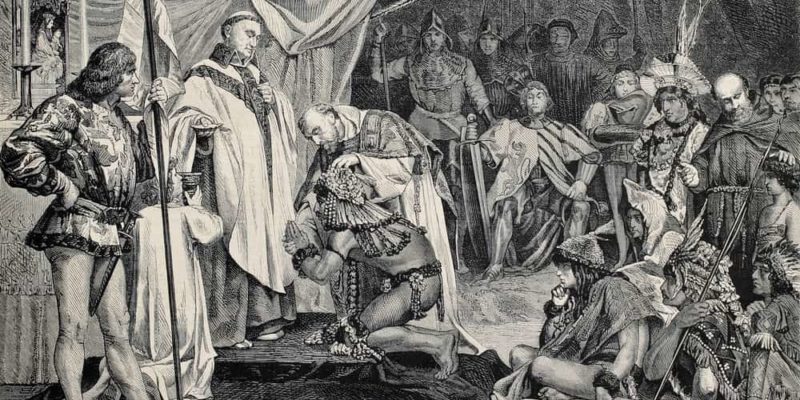 What was the Spanish Empire?

Origin of the Spanish Empire

Dynasties that ruled the Spanish Empire

Territories conquered by the Spanish Empire

Society of the Spanish Empire

The Conquest of America

Crisis and decline of the Spanish Empire

Fall in the 19th century

Why was the Empire of Spain important?

What were the consequences of the Spanish Empire?

We explain what the Spanish Empire was, its dynasties and the territories they ruled. Also, what are its characteristics and end.

What was the Spanish Empire?

The set of European, American, Asian, African and Oceanic territories that were under the control of the Spanish crown and their respective dynasties between the 16th and 19th centuries were known as the Spanish Empire or the Spanish Universal Monarchy .

With this imperial period of Spain coincided its period of greatest splendor in the military , in the arts and in the domain of transoceanic trade . In other words, it became an indisputable world power.

However, the very nature of the Spanish Empire sentenced it to constant economic and military fluctuations . Finally, it fell into a protracted crisis that ended up dismembering it during the 19th century.

Origin of the Spanish Empire 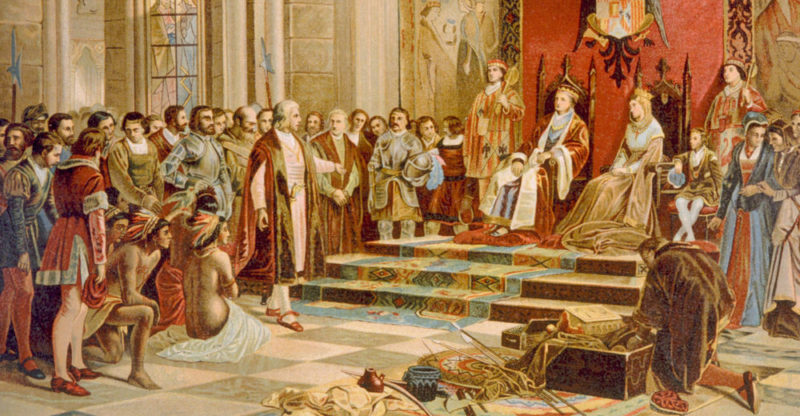 The Spanish Empire financed the voyages of exploration of Christopher Columbus.

The Spanish Empire was born in the 15th century , when Queen Isabel I of Castile and King Ferdinand II of Aragon got married.

This marriage unified their territories and became known as the Catholic Monarchs , given their loyalty to the Church and their expansionist evangelizing purpose.

The new unified kingdom managed to expel the Islamic remnants that remained in Granada in 1492, thus ending the Reconquest.

In the midst of these victories, the Genoese navigator Christopher Columbus was given the resources to explore a trade route to the East . On this trip he accidentally ” discovered ” the American continent . From that moment its conquest and colonization began .

The Spanish advance on American lands in turn triggered the expansion of the Empire. Thus, it spread through Africa , Asia and Oceania , especially after the conquest of the Canary Islands at the hands of its Guanche settlers.

Dynasties that ruled the Spanish Empire 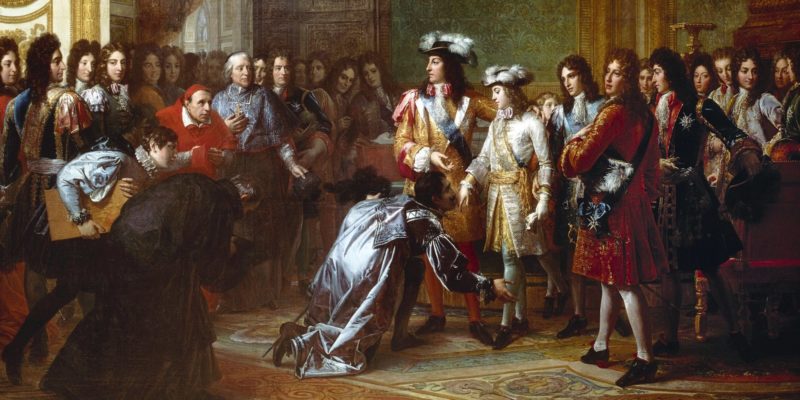 The Spanish Empire had three monarchical dynasties, which were:

Territories conquered by the Spanish Empire

At its peak, towards the end of the 18th century, the territory of the Spanish Empire reached 20 million square kilometers, thus being considered the fifth largest monarchy by extension in all of history. These territories were: 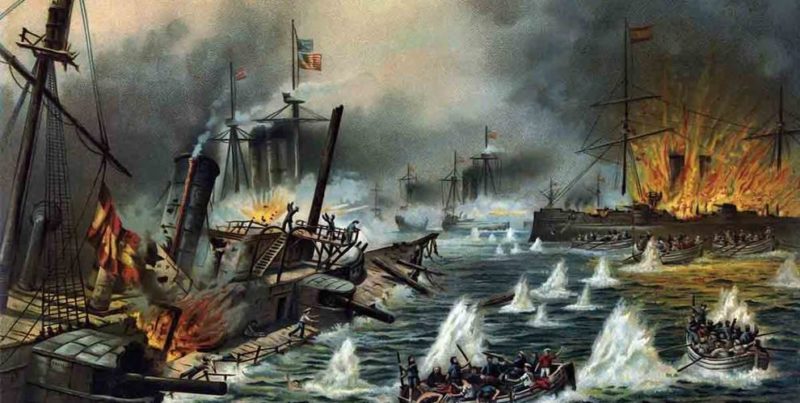 Ships with merchandise were usually besieged by piracy.

The extractivist model imposed in America worked thanks to the incorporation of slave labor from Africa . This is how the Caribbean region was especially populated, rich in tobacco, sugar cane, coffee , cocoa and other species plantations.

The materials obtained, together with the precious minerals from Peru, were sent to Europe. However, the ships that carried them were besieged by piracy and English corsairs. In any case, the worst danger to the imperial economy was its disastrous administration .

Society of the Spanish Empire

The Spanish Empire established a viceregal system that treated its colonies as extensions of the metropolis rather than extractive colonies. This forced to form a colonial society that distinguished its classes on the basis of race.

For this reason, the “whites” (Europeans or sons of Europeans) retained the functions of government and administration . The “Indians” (natives of the colonies) were forced into servitude or slavery. The “blacks” (a population brought from Africa and in some cases their descendants) were forced into slavery.

This structure responded to certain bureaucratic and political structures:

The Conquest of America 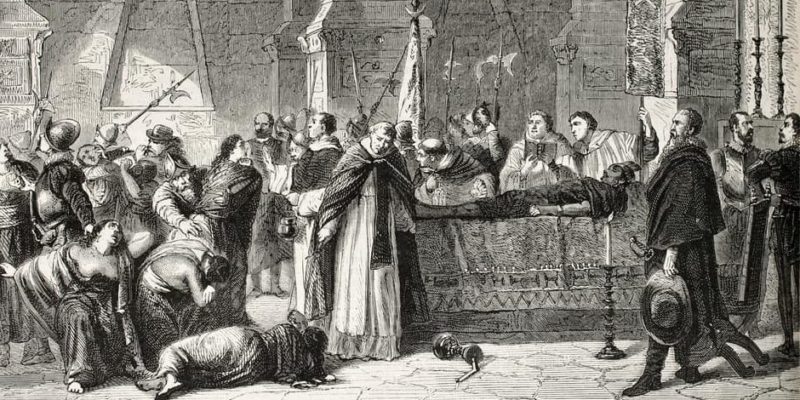 Atahualpa, the last Inca sovereign, was assassinated during the conquest.

The conquest of America was a long and bloody process. The Spanish Empire faced the Aztec and Inca civilizations , allied with their local enemies who naively believed they could free themselves from the yoke of their neighbors by allying themselves with the European invaders.

It is estimated that 95% of the original population perished in the first 130 years after the arrival of Columbus. In the first place they were victims of war and then of diseases brought from Europe and Africa. The following generations in many cases did not bear the weight of servitude and mistreatment.

Crisis and decline of the Spanish Empire

The decline of the Spanish Empire began in the 18th century , in a context of global economic crisis that particularly affected Spain. Then it deepened with the War of the Spanish Succession after the death of Carlos II.

This war culminated in the Treaty of Ultrecht in 1713, which eliminated the dominion of Spain over some territories of other European countries, such as Italy and the Netherlands. However, this did not affect its American and Asian colonies.

These first signs of weakening were followed by his disastrous participation in the War of the Quadruple Alliance (1717-1720). The consequence of this conflict was that the Empire became a second-rate power.

Fall in the 19th century 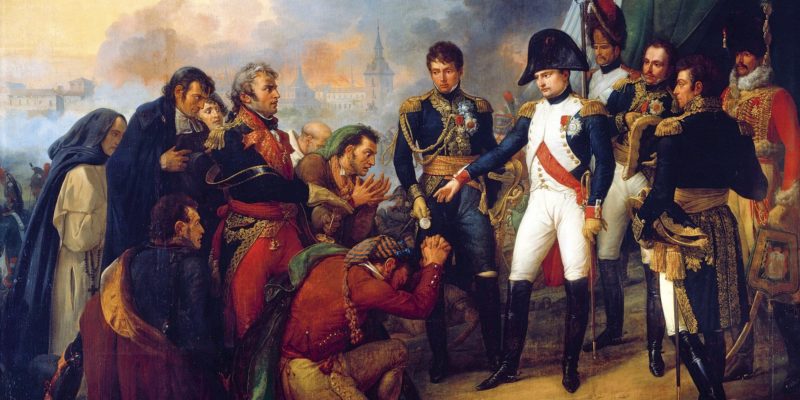 The Spanish Empire fell after the conquest of Spain by Napoleonic forces.

The collapse of the Spanish Empire occurred in the 19th century , after the conquest of Spain by Napoleonic forces. Once Fernando VII was deposed, José Bonaparte was crowned King of Spain.

This news reached the colonial elites who had long been dissatisfied with the commercial laws that the metropolis imposed on them . These forced them, for example, to trade on their own with other countries.

These elites took advantage of the moment to rise up in supposed loyalty to the fallen king and proclaim their independence from Spain. However, the liberation of Spain from Napoleonic rule unleashed a long period of instability and internal conflict.

A huge economic crisis was also added to the political conflicts . The end point of this decline was the Disaster of 98, also known as the Cuban War, in which Spain lost its last American colonies and Oceania to the United States.

Why was the Empire of Spain important?

The Spanish Empire was the first global Empire in history . This means that their occupied territories were not connected to each other by land and were on different continents . It was the first sign of globalization of the time.

On the other hand, it was an important Catholic stronghold that ended the Reconquest of the Iberian Peninsula , previously in the hands of the Muslims. Furthermore, he faced the Protestant Reformation on every possible terrain.

What were the consequences of the Spanish Empire? 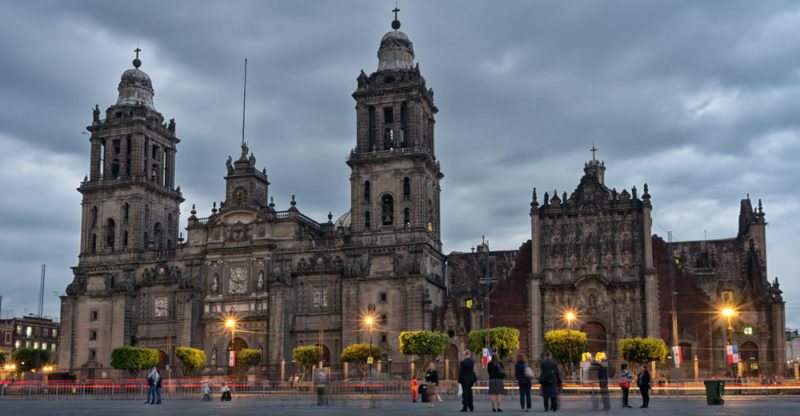 The Spanish Empire imposed the Catholic religion in America and other continents.

The consequences of the Spanish Empire can be summarized as: