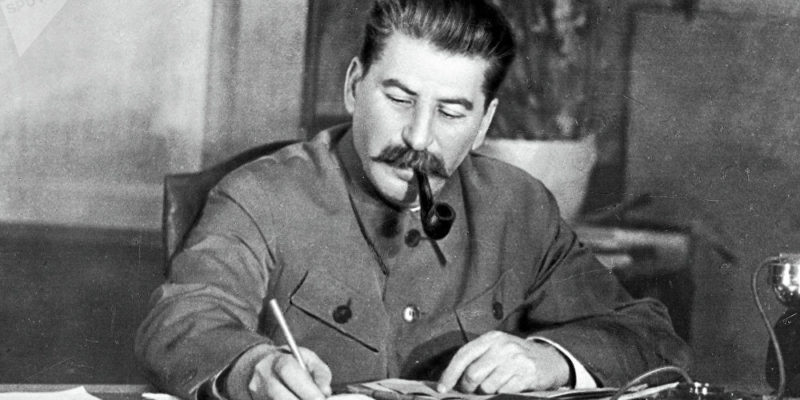 We explain what Stalinism was, its interests and its characteristics. Also, how did this regime come about and how was its end.

Stalinism was a political system implemented by the tyrant Joseph Stalin in the Union of Soviet Socialist Republics (USSR) between 1922 and 1953. Stalin ruled through an absolute dictatorship in which he controlled the legislative , executive , and judicial powers , and monopolized industries, land and private property .

The term Stalinism was coined by the Russian Lazar Kaganovich, a politician associated with Stalin, but the dictator did not identify himself with that nickname and defined himself as a Marxist and a disciple of Lenin, his predecessor in power. However, Stalinism turned out to be a variety within fascism , rather than a communist or socialist type movement .

Marxism , which emerged in 1840, was a philosophical, political, and economic system that was based on the ideas of Karl Marx and Friedrich Engels that opposed the capitalist system . Instead, the term Stalinism has been used to describe a political regime based on violence, terror , and assassination.

The socialist ideology of Marx and Engels proclaimed that the workers, through the state , should manage the means of production in order to achieve a classless society . However, Stalin held a different discourse in which, in order to combat the enemies of revolutionary socialism inside and outside Russia, it was necessary to strengthen the state in order to protect the cause. Thus, power became increasingly centralized.

At the end of 1930 Stalin launched a bloody crackdown on those he considered potentially dangerous and who could prevent the victory of the socialist revolution. By 1939 most of the revolutionary Bolsheviks of 1917, who made possible the accession to power of Lenin and later of Stalin, had been exterminated and more than ten million people had been sent to concentration camps.

The Stalinist regime was characterized by: 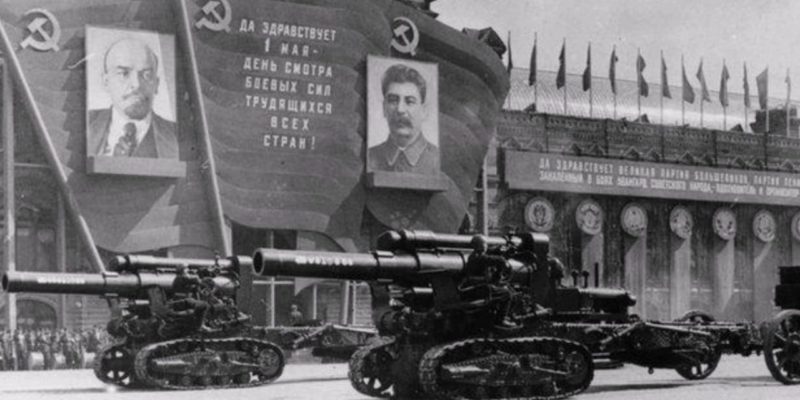 During the First World War (1914 – 1918), in 1917 the Russian Revolution took place, which consisted of popular uprisings against the monarchical government of Tsar Nicholas II. That monarchy had stood out for the lack of freedom, the repression of all opposition, the control of the countryside and great social and economic tension.

The lack of industrialization and the stagnant social structure increased the poor quality of life, unemployment and hunger, even among the bourgeoisie . The opponents of the tsar were more and more, many went into exile and formed underground parties, such as the Social Democratic Party, which was divided based on two ideologies promoted by its leaders:

In 1917 protests were triggered and the main ones were:

The Bolsheviks began to rule and legislate. However, they did not control all regions of the country. The opponents made up mostly of Tsarists, Mensheviks and foreign countries who feared that Bolshevik revolutionary ideas would spread joined in a counter-revolution.

A civil war broke out which ended in 1923 with the victory of the Bolsheviks . The Union of Soviet Socialist Republics (USSR) emerged, which took many years of repressive policies to achieve economic growth.

In 1923 Lenin suffered serious health problems until he died in 1924. At that time, Russia continued to be a country with scarcity and economic backwardness. Stalin assumed power after disputing it with Leon Trotsky and it was during his mandate of almost 30 years that he managed to turn Russia into one of the main world powers.

Industrialization was the basis of Stalinist Russian socialism and consisted of the refurbishment of old factories and the construction of a strong heavy industry to obtain raw materials. He promoted the increase of agricultural production on a large scale with mechanized farms, leaving the forces of production in the hands of the State (which also received the payment of taxes by the peasants).

Stalin’s government was characterized by excessive military vigilance in search of saboteurs or opponents, to the point that he repressed with excessive imprisonment and executions. It is estimated that the number of victims is around two million citizens. 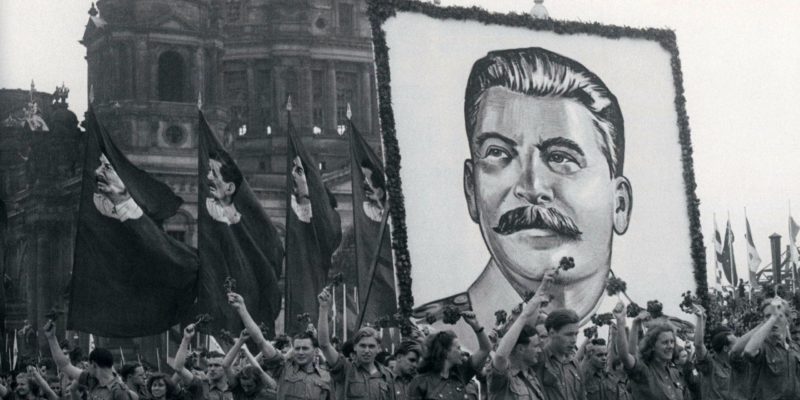 In 1953, after Stalin’s death, the dictator’s crimes were denounced.

In 1950 Stalin’s health began to deteriorate presenting memory failures, exhaustion and a general state of decay. During the last three years of his rule, he was plagued by paranoia that someone was trying to assassinate him after taking advantage of his health problems. This attitude increased repression, especially among his closest circle, such as the committee of doctors who treated him and his advisers.

In 1953 the private secretary disappeared without a trace and the chief bodyguard was executed. Terror stalked the personnel closest to Stalin. After a few days of dying, Stalin died on March 5, 1953 , of a stroke caused by hypertension.

After Stalin’s death, the new Russian secretary Nikita Khruscov (1894 – 1971) began a political process called decentralization in which the crimes committed by the late dictator against the Soviet state and the communist party were denounced.

In 1991 the Soviet Union fell and was renamed the Russian Federation with Boris Yeltsin as president. For several years, before the change of presidents, the decentralization process oscillated between advances and setbacks. However, researchers continued the debate about the number of victims of Stalin’s rule and concluded that he was one of the bloodiest dictators in history.