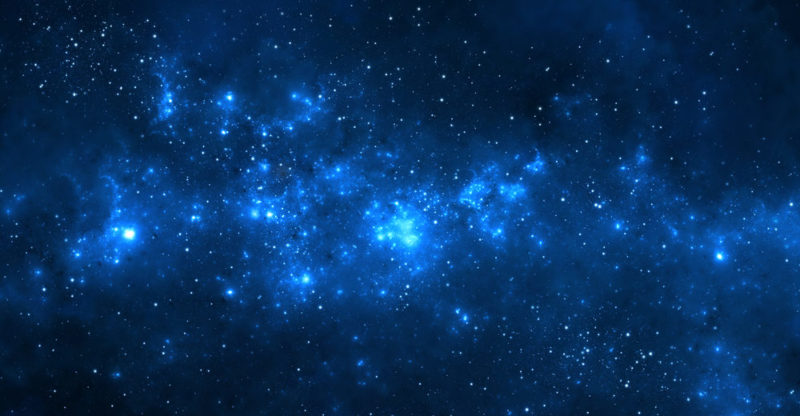 What are the stars?

Origin of the stars

Composition of the stars

The life cycle of a star

Age of the stars

Diameter of the stars

Rotation of the stars

We explain what stars are, how they originate, and what they are made of. Also, what are their characteristics, types, and rotation?

What are the stars?

We call stars a very numerous type of celestial body in the observable Universe. It consists of a luminous sphere of plasma that maintains its own shape due to the force of gravity that it generates.

Mankind observed the stars from their early beginnings and wanted to see hidden messages or signs from their gods in them. In fact, its organization in the sky served for the making of the first calendars and even for cartography and navigation.

From the ancient Chinese to the Hellenic Greeks, and to medieval Islamic astronomers, everyone knew that in recording and measuring these distant bright spots lay the possibility of knowing much more about how our universe is made.

It is estimated that in the observable universe there are tens of billions of stars, of which only a small percentage are captured by the human eye with the naked eye.

Origin of the stars 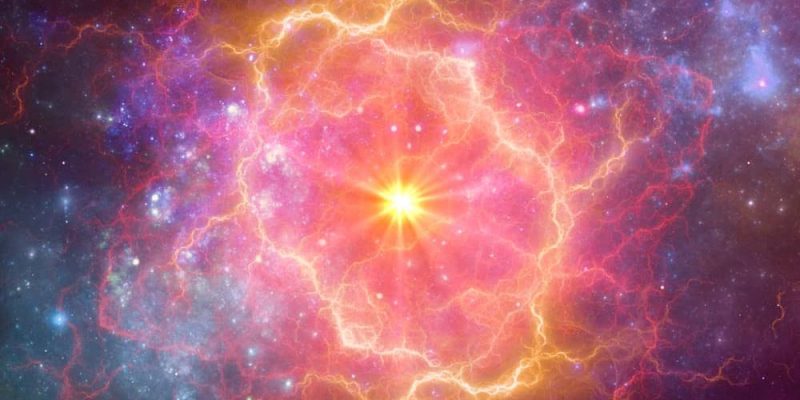 A young star is recognized by emitting a jet of gas on its axis of rotation.

Stars are formed from molecular clouds - sparse regions of space that consist primarily of hydrogen, helium, and other heavier elements.

Different forces are exerted on these clouds, such as the gravity of their own elements or the collision with other clouds.

The effect of these forces causes the emergence of denser regions within it, causing them to collapse under their own gravity.

When it collapses, a “Bok’s Globule” is formed: a dark gas nebula that, if it continues to densify, starts the generation of temperature, thus forming a protostar nucleus. This is how young stars emerge, which can be recognized by emitting a jet of gas on their axis of rotation.

Finally, when they reach certain conditions of stability, they go on to their so-called main sequence, which consists of the prolonged fusion of hydrogen into helium in their interior. Even then they can be considered stars.

Composition of the stars

Stars are made up mostly of the simplest elements in the universe: hydrogen (71%) and helium (27%), with a small percentage (2%) of heavier elements.

Those elements can vary enormously, from iron and nitrogen to chromium and rare earth, in the most peculiar cases.

In the case of stars with less hot outer atmospheres, diatomic and polyatomic molecules can be seen.

The life cycle of a star 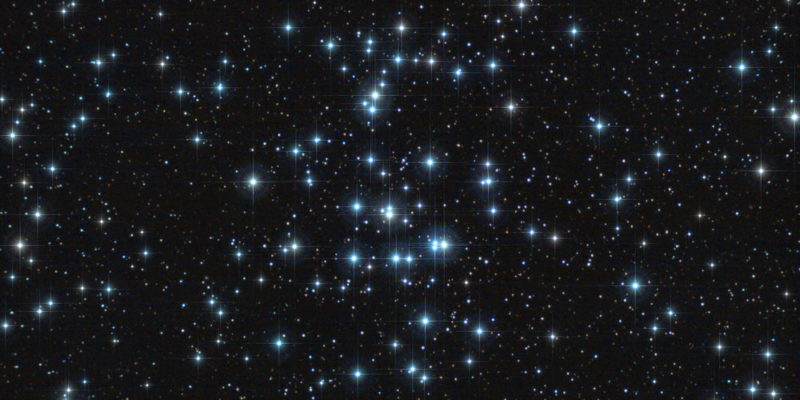 In its main sequence, the young star fuses hydrogen and accumulates helium.

Stars have an extremely long life cycle, taking billions of years to complete. We can explain this cycle in the following way:

There are various criteria for classifying stars. For example: 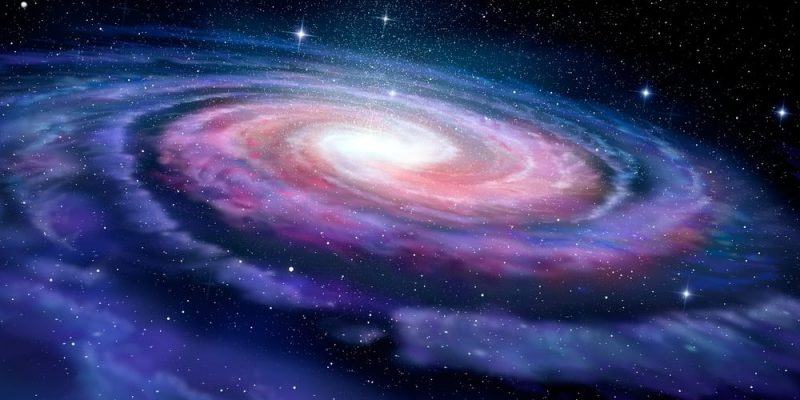 Galaxies are made up of millions of accumulated stars.

Stars often accumulate in space in galaxies, along with stellar gas and dust, as well as the planets that form around them.

Star systems are formed gravitationally attracted to each other, through the interaction of two, three, or more stars. If it is a much higher number of them, we will speak of a stellar cluster, with hundreds of thousands of stars.

On the other hand, isolated stars, like our Sun, travel alone (except for their respective planetary systems), orbiting the center of a galaxy where some massive object acts as a gravitational center.

The mass of stars is highly variable, being more or less the size of our sun, or far exceeding it, as does the most massive star known: Eta Carinae of the constellation of Keel, with 100-150 times the size of our Sun.

Age of the stars 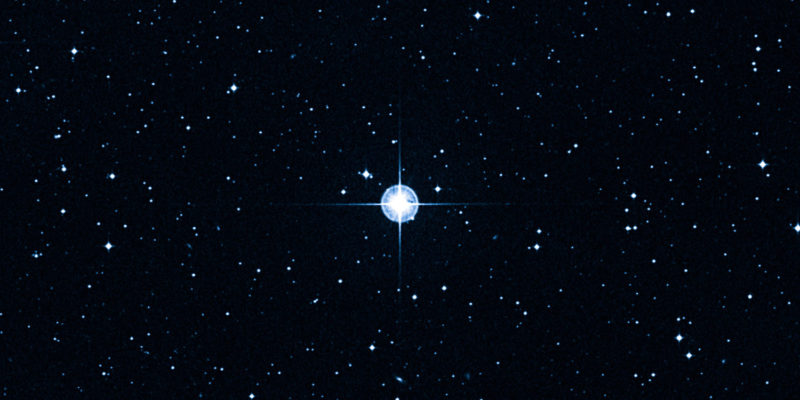 Most stars or stars are between 1 billion and 11 million years old. The oldest discovered so far, HD 140283 or Methuselah (“Methuselah”), has an age close to that estimated for the universe: about 13.8 billion years.

It should be considered that the larger the size of a star, the shorter its useful life is since they consume their hydrogen much more quickly.

Diameter of the stars

Although from the surface of the Earth, given their remoteness, the stars all appear to be around bright points, the stars can have very different diameters and are even much greater than our Astro King.

The Sun is close enough for us to observe its shape like a disk, whose diameter is 1.391016 million kilometers.

The Sun is huge compared to Earth, at 12,742 km, but tiny compared to Betelgeuse, the supergiant star in the constellation Orion, whose diameter is 1070 times the Sun.

Rotation of the stars 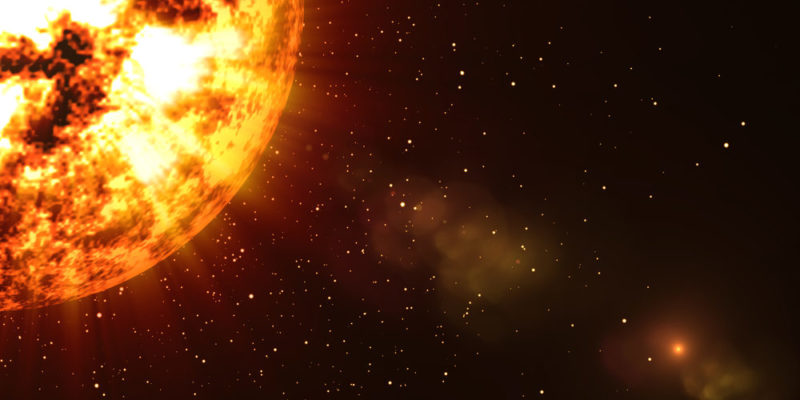 Our Sun makes one revolution on its axis every 25-35 Earth days.

The stars rotate around their axis, at a variable speed depending on their age and the influence of other nearby centers of gravity.

The youngest stars can rotate at a speed of 100 kilometers per second or more in their equatorial region, while our Sun makes one revolution on its axis every 25-35 Earth days.

This phenomenon is very important in the case of “pulsar” stars, which emit radio waves at a constant interval, marked by the star’s rotation speed. 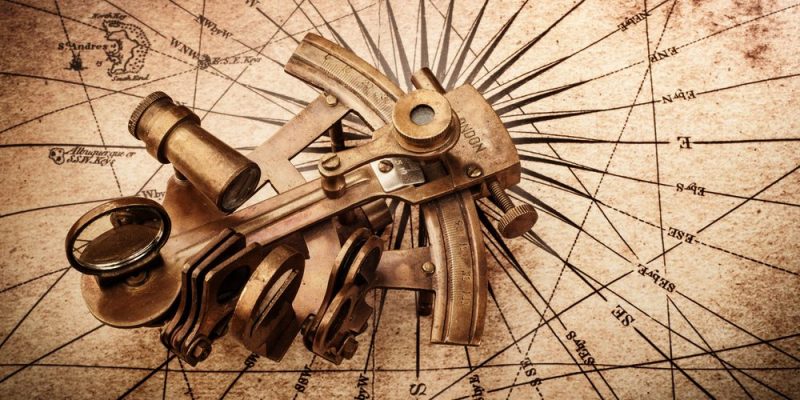 Stargazing has served for navigation.

Since ancient times, the human being has observed the stars with a mixture of fascination and mystery. In the endless field of its bright lights, he has wanted to see figures, signs, and messages from his gods or keys to the future.

Hence, the zodiac was invented, the celestial wheel in which twelve constellations represent key figures of the Greco-Roman imaginary, whose configuration at birth would configure the personality and destiny of the people.

The observation of the stars was key in the development of many sciences and techniques, such as maritime navigation, land measurement, or, in modern ages, astronomical physics.