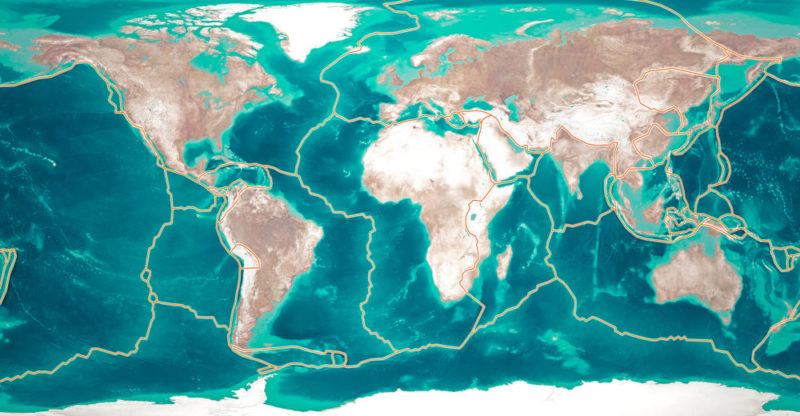 what are tectonic plates?

The geological activity of tectonic plates

The particularity of tectonic plates

We explain what plate tectonics are and why they are important in the formation of relief. In addition, its characteristics and classification.

what are tectonic plates?

The tectonic plates are the different rigid and uniform portions into which the lithosphere can be divided, that is, the earth’s crust in its outermost portion, and which are suspended over the upper mantle of the Earth (or asthenosphere), whose semi-liquid allows them to move or move.

The movements of these plates of the lithosphere obey what is described by plate tectonics, a scientific theory that originated in the middle of the 20th century and which allows explaining, through the interactions between said plates, the various terrestrial and relief phenomena, such as the formation of the mountains, the earthquakes, and volcanoes.

According to this theory, the different existing tectonic plates move over the mantle like a kind of raft, brushing, colliding, and pushing each other, in a field of geological stresses.

The greatest evidence in this regard seems to be that the current shape of the continents allows us to suppose that they fit together millions of years ago, like pieces of a puzzle, constituting a single supercontinent called Pangea. The sustained tectonic movement would have separated the continents down to their current distribution. 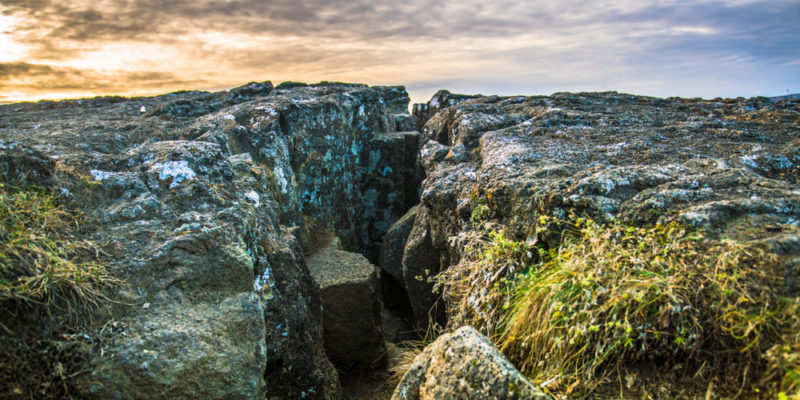 A continent can be just a visible part of one or more tectonic plates.

Tectonic plates are rigid, concrete and solid, but different from each other in terms of their shape, which is irregular, and their thickness, which is variable. They do not coincide with the shape of the continents as we represent them on a map, since the same content can be only the visible part (not covered by water) of one or even several neighboring tectonic plates.

There are numerous known tectonic plates, of which some 15 larger (main) plates and about 42 lower (secondary) plates stand out.

The geological activity of tectonic plates

The processes of the depths of the Earth are a consequence of the dynamism of the tectonic plates. Since the heart of our planet is liquid and consists of various molten metals, the tectonic plates constitute the segments of the outer and coldest, therefore more solid, a layer of the planet. When that underground magma erupts (as in volcanoes), new chemical elements are thrown to the surface. 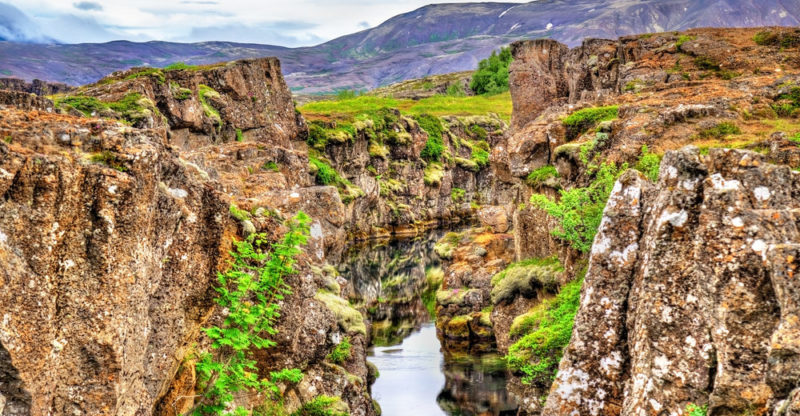 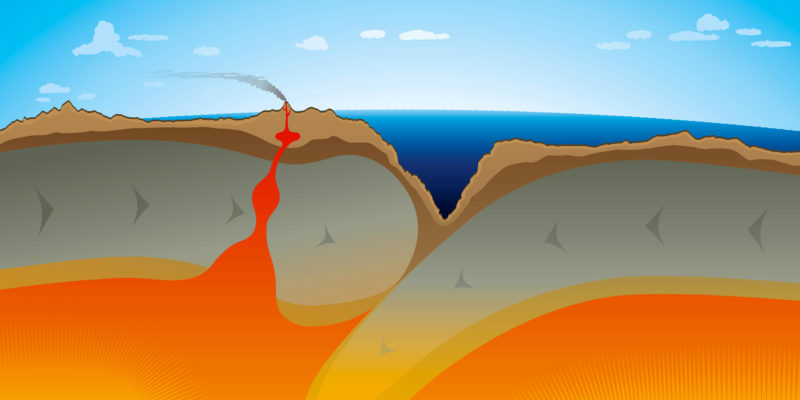 There are two types of a tectonic plate, depending on the crust of which it is part:

The limits between one tectonic plate and another are given in three possible ways: 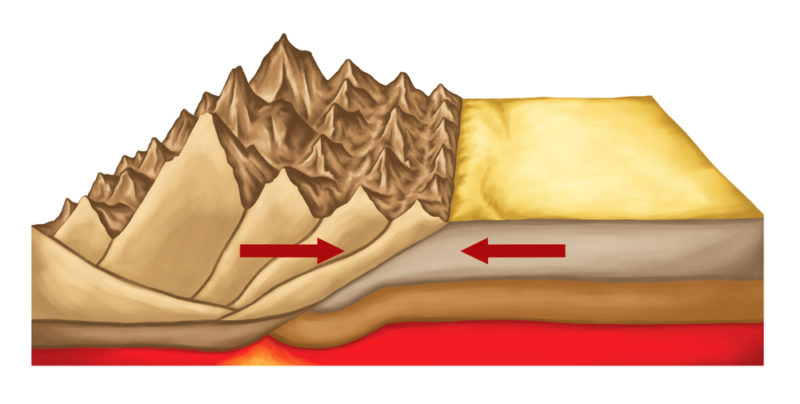 Orogenesis is the formation of ranges or mountains.

Three types of accidents are known as a consequence of tectonic dynamics:

The particularity of tectonic plates

Planet Earth is the only planet in the solar system that shows tectonic activity that we know of. Although Mars, Venus, and some satellites of Saturn present indications of having ever had it. 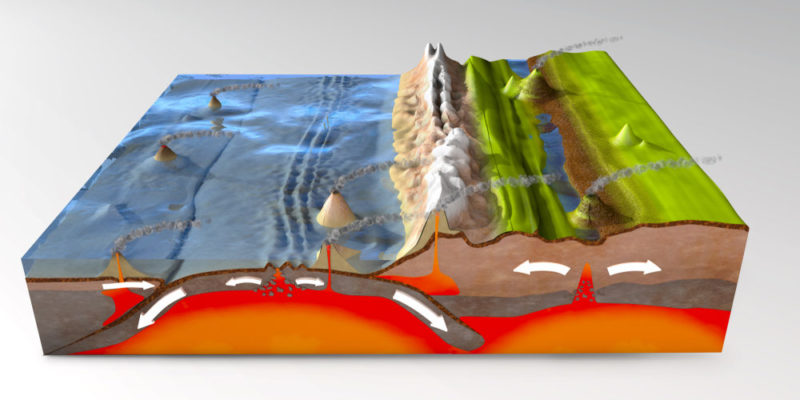 This is the name given to the currents that move underground material, pushing the hotter and less dense material out (due to the high temperatures inside the Earth). This material presses on the lithosphere and gradually cools, descending back into the deep mantle; but this cycle generates pressure that mobilizes the tectonic plates between them.

The continental plates, contrary to what it might seem, are lighter in their composition than the oceanic ones, which present denser and heavier elements. This explains the difference in movement between one and the other, and the distribution of tectonic activity throughout the planet.