Telephone: What is it, History, Classification and Characteristics 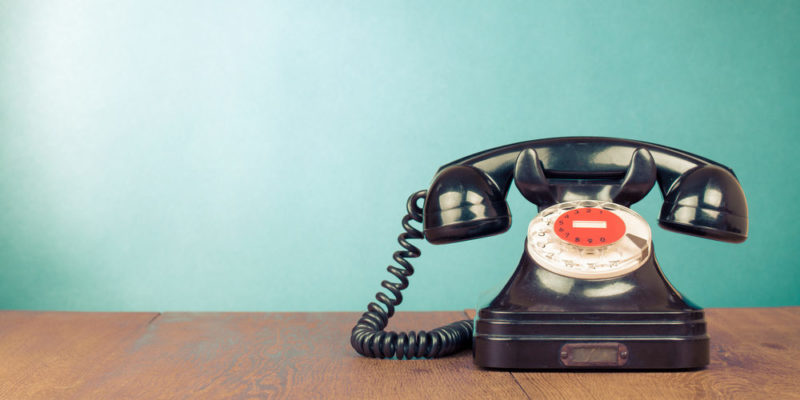 What is the telephone?

Who Invented the Telephone?

Why was the telephone invented?

How does the phone work?

Why is the phone important?

What is a mobile phone?

History of the mobile phone

What are the risks of telephones?

We explain what the telephone is, who invented it and how this device works. Also, what are its characteristics, classification and more.

What is the telephone?

A telephone (from the Greek tele , “distance, far”, and phonos , “sound”) is a telecommunication device that allows encoding, decoding and transmitting sounds at a distance through the use of electrical signals.

Initially it was presented as a “sound telegraph” , since in its time of invention the telegraph was the only means of immediate communication over great distances.

However, the telephone forever revolutionized human telecommunications and within a few decades reached such popularity that there was one in every corner , then in every home, and more recently, one in every pocket.

In addition, the revolution unleashed in telecommunications by the invention of the telephone opened the field for other forms of electronic telecommunication , such as computer networks . In other words, it established the first antecedent of the globalized and interconnected world of the 21st century.

Who Invented the Telephone? 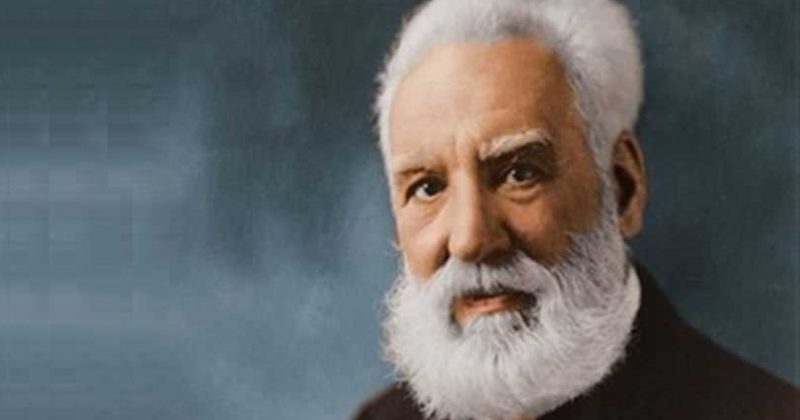 Antonio Meucci was the first to design a device under the name of the telephone.

Alexander Graham Bell and Elisha Gray were long considered the inventors of the telephone, which is completely untrue.

The two of them were the first to patent the invention in 1876 , but in reality the person who conceived and designed the first device, under the name of “teletrophone”, was Antonio Meucci in 1854.

This confusion was cleared up by the United States Congress in 2002, and is due to the fact that Meucci lacked the financial means to formalize the patent with the United States government, and was only able to present a brief description .

Interestingly, in 1861 Johan Philipp Reis independently invented another prototype , but was unable to patent it in time either.

Why was the telephone invented?

The story of the invention of the telephone suggests that Meucci wanted to connect his office on the ground floor of his house , with the bedroom where his wife rested immobilized by rheumatism.

The poverty in which the Italian-American inventor lived prevented him from patenting it in time , having to content himself with a kind of notice that, moreover, was intentionally lost at the patent office.

When the Graham Bell company patented it instead in 1876, Meucci initiated a series of lawsuits to claim its intellectual authorship.

However, his deficiencies with the language and the intricate network of bribery and gangster manipulations of the great Bell company prevented him from succeeding in a series of lawsuits, despite the fact that all the instances admitted the irrefutable of his evidence.

Meucci died poor and bitter some years later , and his invention would not be recognized until a century and a half later.

How does the phone work? 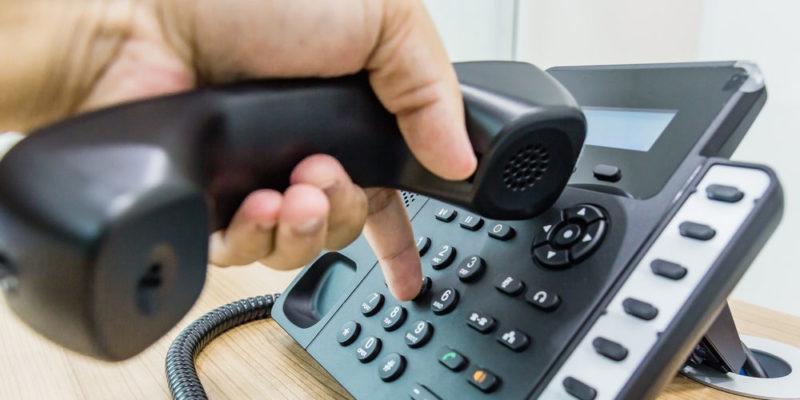 The dialing circuit is activated when you lift the handset or turn on the phone.

To do this, they used two circuits that operate at the same time: one attends to the conversation (analog part of the device) and another that handles the dialing and the call. It is convenient to see them separately. 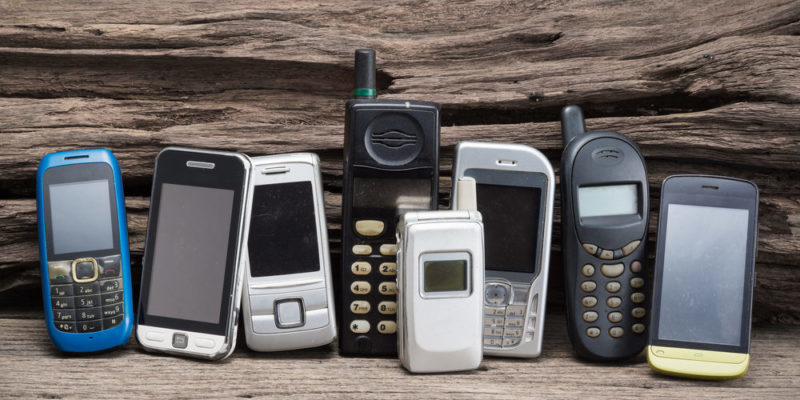 In cordless telephones, the speaker is independent from the base of the device.

Today we know many types of telephone, such as:

They can also be classified into: 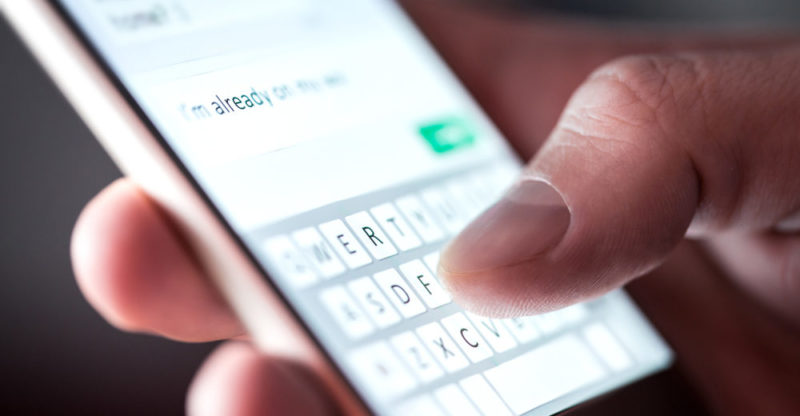 As of 1992 the sending of text messages on cell phones was incorporated.

The evolution of the telephone has meant changes both in the construction of these devices and in the administration of telephone networks. In this sense, some important milestones were:

Why is the phone important?

The telephone was a revolutionary invention , which forever changed the way we human beings relate to each other.

The possibility of speaking from a distance with anyone , even someone in a distant country, was one of the first and fundamental steps towards a model of a globalized and technologically interconnected society .

What is a mobile phone? 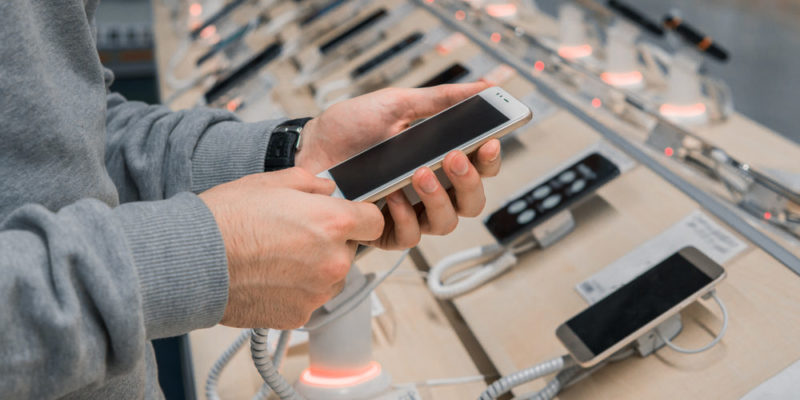 Mobile phones are replaced on average every 11 to 18 months.

Mobile or cellular telephones are known as those that operate wirelessly and autonomously .

They are equipped with independent rechargeable batteries and the ability to connect to a radio frequency network , operating as personal or portable telephones.

These telephones today are such an everyday and versatile implement that they have become an indispensable tool in contemporary life.

To keep them up to date with new technological advances, they are replaced on average every 11 to 18 months and it is estimated that by the end of 2018 there will be 3 billion cell phone users in the world.

History of the mobile phone

The direct antecedent of the mobile phone was a 1.5 km-range portable device invented by Leonid Kupriánovich in the USSR in the 1950s. Despite being published in the Soviet magazine Radio , it was not very commercially successful.

His follower and sometimes proclaimed first cell phone was a mobile handheld device invented by John Mitchell and Martin Cooper , both of Motorola, in 1973, which weighed 2kg.

The first commercially available mobile phone was the DynaTAC 8000x, released in 1983.

From that year to the present, mobile phone companies and mobile phone creation companies have grown to lead the market for technological innovation and have a solid consumer base .

Today there are more mobile phones than people in the world . The leading companies that produce them are Samsung, Apple and Huawei. 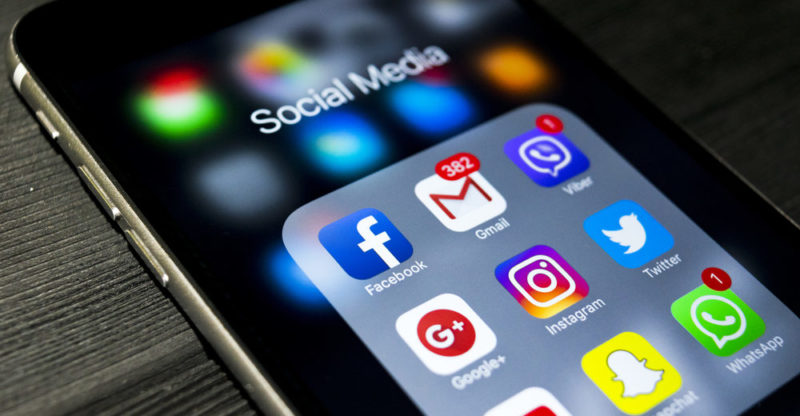 The most modern version of the cell phone is the “smart phone” or Smartphone. As it has a built-in computer , it allows the user not only to use the device for telephone calls or receiving text messages, but also to access the Internet.

What are the risks of telephones? 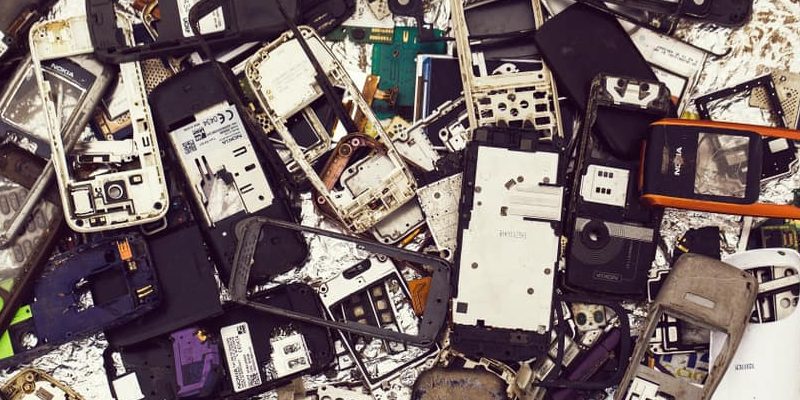 Phones end up being part of technological waste.

Mobile phones were incorporated into our lives in such a way that they began to be a source of concern in areas such as: