Terrestrial Magnetism: What it is, Properties and Characteristics 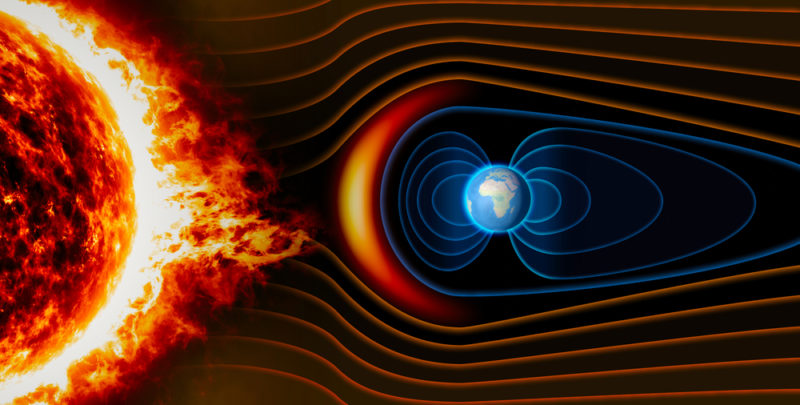 What is terrestrial magnetism?

What is the magnetic field for?

We explain what terrestrial magnetism is, its properties and its variations. Also, what are its characteristics and uses.

What is terrestrial magnetism?

When we talk about terrestrial magnetism, we refer to the presence of a gigantic geomagnetic field that extends from the inner core of the planet to several kilometers in space. This magnetic field has effects outside and inside the planet . Around him the compasses of the whole world are aligned.

It is a polar magnetic field (with North pole and South pole ) that has its origin in the interior of the planet. It can vary over time , depending on the movements of the planet’s core.

The traces of this phenomenon leave recognizable traces that often serve as a guide to sciences such as geology , stratigraphy and paleography. In addition, it fulfills vital functions for the support of life as we know it. 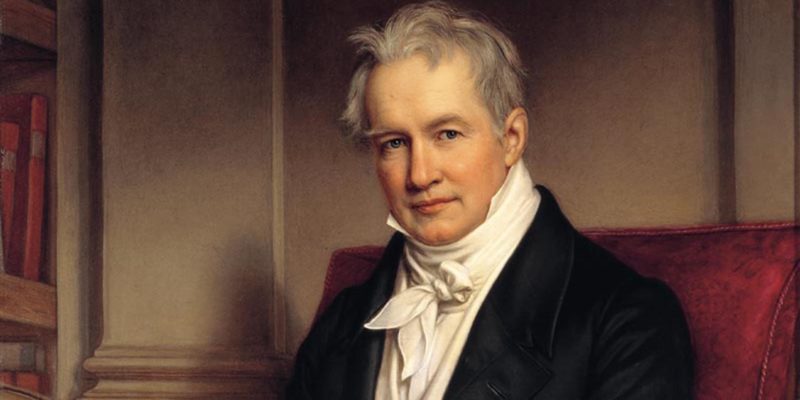 Carl Friedrich von Gauss was the first to study the magnetic field.

Magnetism as a physical force has been known since ancient times. Its effects have been studied since the 12th century , in compass navigation. However, the first to study it as a characteristic of the Earth was Carl Friedrich von Gauss, in the 19th century.

This German mathematician studied the Earth’s magnetic field for the first time and concluded that its source came from the Earth’s core itself.

Initially it was linked to the phenomenon of ferromagnetism , since the heart of the planet is made of liquid iron. However, the fact that the Curie point of iron (the temperature at which magnetic properties are lost) is reached within the first 20 kilometers of the earth’s crust, seems to prove otherwise.

Currently many scholars of the subject attribute it to various phenomena inside the planet and on its surface, giving rise to a set of possible explanations known as the Dynamo Hypothesis.

According to the most accepted hypothesis in the scientific community, the planet’s magnetic field is generated by a combination of the Coriolis effect that triggers the rotation of the Earth, and the fact that its core is made of molten iron and nickel.

As a consequence, it operates like a geodynamo : when conductive fluids move through a pre-existing magnetic field, induced electric currents arise that give rise to another magnetic field. This phenomenon occurs in accordance with the Ampère, Faraday and Lorentz Force Laws.

Said more easily: the movement of liquid iron and nickel in the outer layers of the earth’s core, have repercussions on the most superficial layers, charging them electrically and generating a large magnetic field. Due precisely to its nature it is variable and often moves from its center . 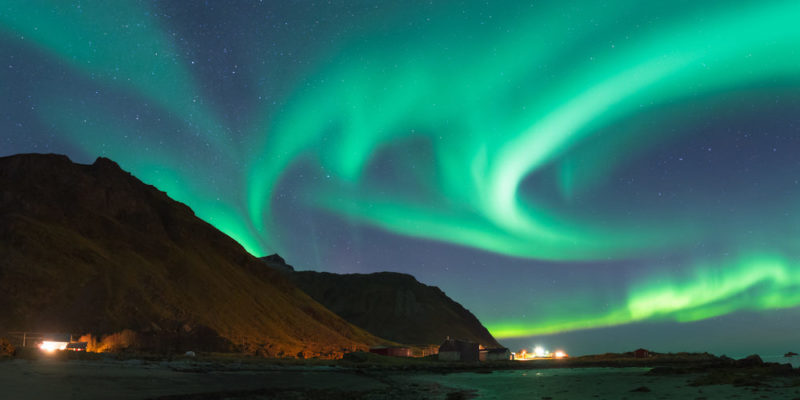 The magnetosphere is responsible for the northern or southern lights.

The magnetosphere is the magnetic region that surrounds the Earth , in which the collision between the Earth’s magnetic field and the high-energy particles emitted by the sun , known as “solar wind”, occurs.

All the planets in the solar system that have a magnetic field also have a magnetosphere: Mercury , Jupiter , Saturn , Uranus, and Neptune .

The magnetosphere is also responsible for the aurora borealis or Australis : highly electromagnetically charged solar particles collide with the poles of the magnetosphere and produce this glowing phenomenon, visible in the night sky, usually near the poles.

The planet’s magnetic field has the following characteristics: 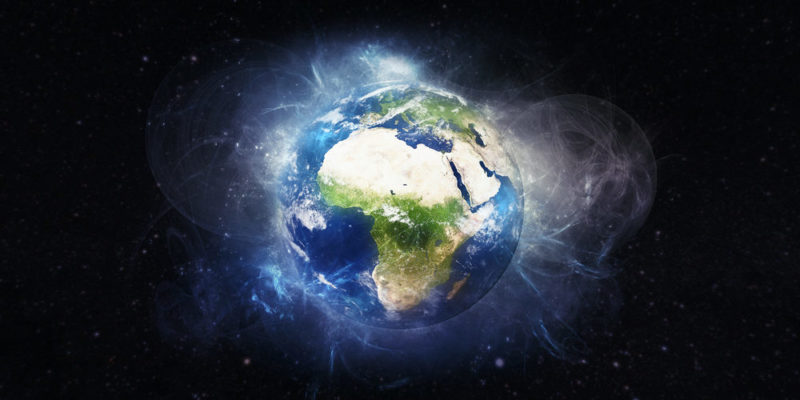 Changes in the magnetic field may be constant but minimal.

The north of the Earth’s magnetic field varies its geographical position very slowly but perceptibly, which occurs in two ways:

The Earth’s magnetosphere is essential to sustain life on the planet. Without it, the ionized particles that the Sun sporadically emits into space would fully impact our planet.

As a consequence, they would destroy the ozone layer , allowing the entry of ultraviolet solar radiation, capable of damaging the DNA of living beings . This, too, would influence the temperature margins that the planet maintains throughout the year, promoting warming . 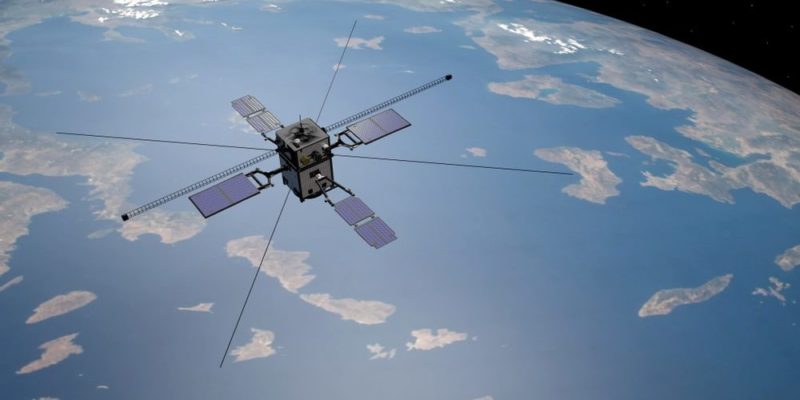 The magnetic field is measured by satellites equipped with magnetometers.

Since its first detection in the 19th century, the Earth’s magnetic field has been measured on several occasions, recording a relative decay of 10% over almost 150 years. These measurements are currently carried out by space satellites. equipped with three-axis magnetometers, placed in orbit around the Earth.

Others are carried out in a more specialized way, by the military forces of many countries . In addition, the different geomagnetic observatories in the world usually focus on magnetic storms that can affect terrestrial telecommunications.

What is the magnetic field for?

Its presence is used for the orientation of compasses , whose needle always points to magnetic north (not geographical) and which have also been useful in navigation and aviation since the 12th century. The same thing can also be done by certain animals endowed with magnetoreception.

Likewise, its existence is key in magnetostratigraphy: the study of terrestrial rocks to determine their dating year from the orientation of their magnetic particles. 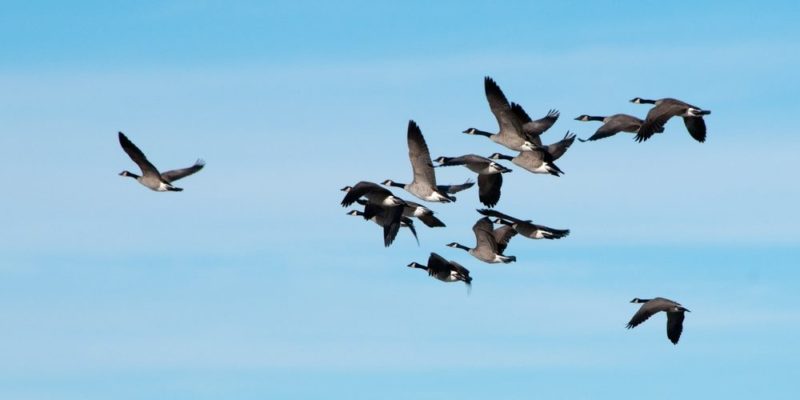 Some birds are able to orient themselves by sensing the magnetic field.

Some species of animals, especially migratory ones, tend to orient themselves very well on the planet map. To do this, they have the capacity of magnetoreception, also called biomagnetism , which allows them to somehow feel the planet’s magnetic field and orient themselves naturally within it.

This is the reason why their migrations always follow the same path and end in the same place. These are species of birds , turtles , whales and other aquatic animals.

Some simple examples of terrestrial magnetism are: