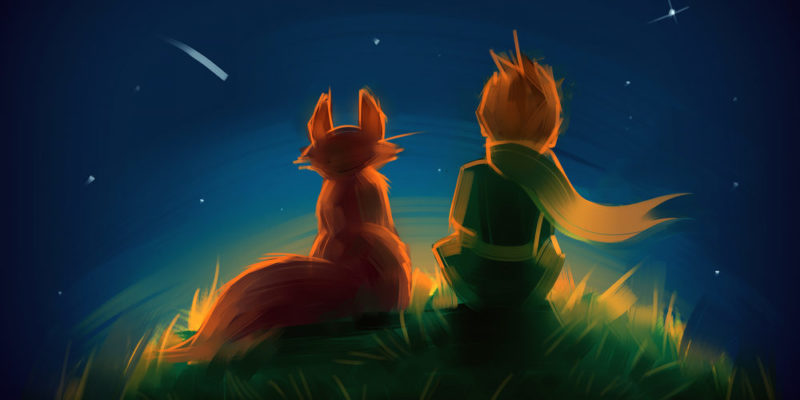 What is The Little Prince?

Main characters of The Little Prince

Plot of The Little Prince

Moral of The Little Prince

Author of The Little Prince

Inspiration from The Little Prince

Unpublished material from The Little Prince

Relevance of The Little Prince

Other works of the author

We explain what The Little Prince is, what his characters are and the plot of this novel. In addition, its general characteristics and moral.

What is The Little Prince?

The Little Prince is a short novel written by the French aviator Antoine de Saint-Exupéry (1900-1944), probably the most famous work of this author. Its title in language original is Le Petit Prince ( “The Little Prince”) and was published in both French and English in 1943.

It is a work read worldwide and translated into more than 250 languages , including Braille, and is among the best-selling books in history (140 million copies in total, almost one million sales per year). It is also the best-known work of French literature of all time.

The novel narrates, illustrated with watercolors by Saint-Exupéry himself , the fictional encounter between a war pilot - stranded in the Sahara desert , where his plane crashed in the middle of World War II - and a little prince from from another planet .

This meeting will allow us to investigate the history of the travels of the Little Prince and his poetic and philosophical gaze, which seeks to see the essential invisible to the eyes.

Main characters of The Little Prince 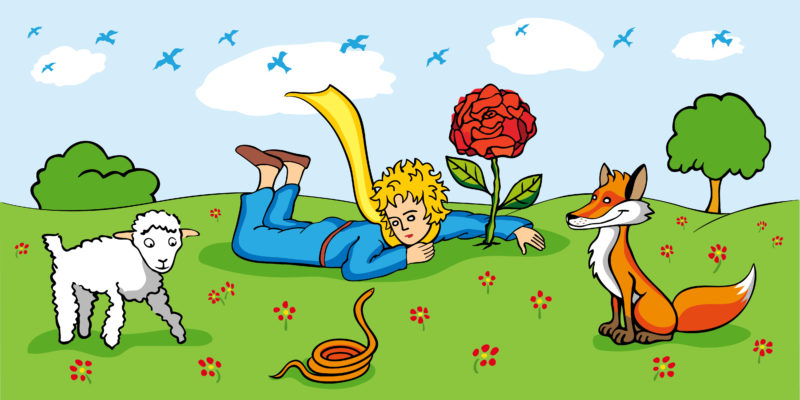 The Little Prince presents characters as animals and inanimate objects.

Apart from the aviator, who also acts as the narrator , several characters from The Little Prince decorate his unusual and fantastic world.

These are animals such as the fox or the snake and inanimate objects such as the flower, with which the Little Prince seems to communicate better than with adults (often represented by their trades: the accountant, the lamplighter, the king, the geographer, etc. ).

The story is told in various settings, including the birth planet of the Little Prince (the asteroid B612), the six planets near his and planet Earth , mainly the desert, where he has his encounter with the narrator.

Plot of The Little Prince 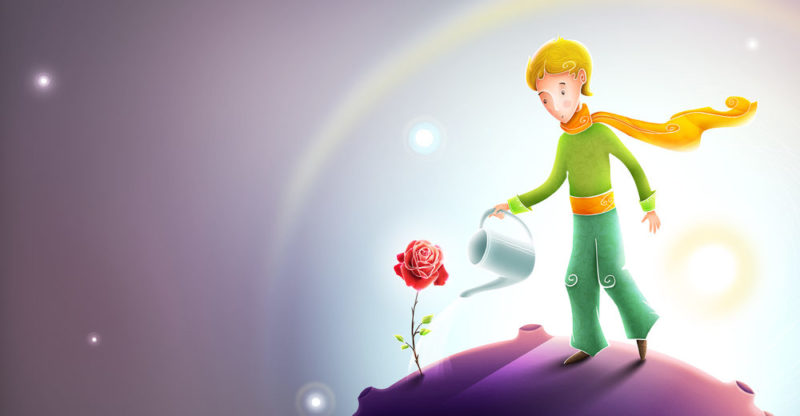 The Little Prince believed that the rose took advantage of his care without giving him love.

The story of the Little Prince is told by him to the aviator (and the reader) as he tries to repair the engine of his plane to return home.

This story begins on his planet, where the Little Prince took care of his three volcanoes and his rose , until one day when he realized that it could be taking advantage of his care without professing any love for him .

Then he decided to visit the nearby planets , where he met the first older adults in the story and one of them - the geographer - recommended that he visit Earth.

There he meets the aviator, the fox and other creatures , including the yellow snake that has the power to “return people to where they came from.”

Moral of The Little Prince

The most common reading of the novel is that of a children’s book, due to the way it is written and the teachings in the form of a moral that the story presents.

Many of them, however, constitute central truths of life and human relationships . Everything is offered to the reader in a metaphorical way, with parables similar to those used in biblical language .

The most central of these teachings is put by the author in the mouth of the fox , one of the most relevant characters in the story: “You can only see well with your heart. The essential is invisible to the eyes ” .

Author of The Little Prince

The work is said to be inspired by the life of its author, Saint-Exupéry.

Antoine de Saint-Exupéry was an aviator and writer , winner of numerous literary awards in France , despite the fact that he could not see The Little Prince published while he was still alive .

His performance as a military pilot in World War II led him into exile in the United States , where he wrote and illustrated the novel along with other well-known autobiographical accounts.

Finally, in the spring of 1944, he disappeared aboard a mission to photograph Corsica , as part of planning an Allied landing in fascist Italy . His remains and those of his plane were recovered in 2000.

Inspiration from The Little Prince

Many theories attribute the inspiration for the writing of The Little Prince to the author’s own life : his experiences as a pilot in the Sahara and his humanistic perspectives on life , also reflected in works such as War Writings and Land of Men , and his own childhood. - His friends nicknamed him le Roi-Soileil (“the Sun King”) because of his golden locks. However, as is often the case, it is difficult to fix the creative coordinates of an artistic work. 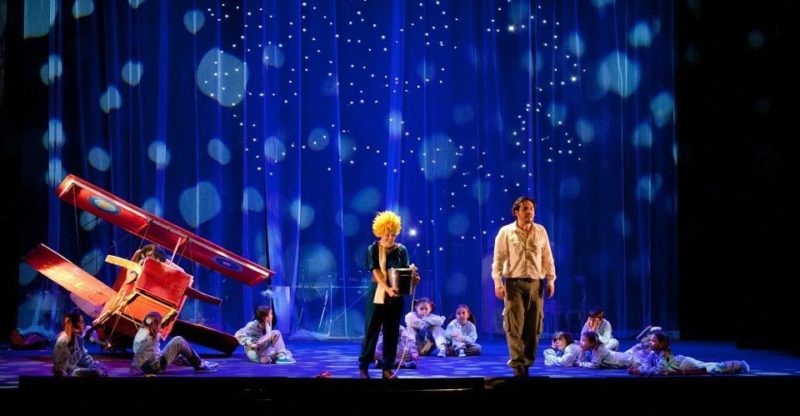 The Little Prince has been adapted to formats such as theater, opera and cinema.

The immense reception of the work throughout the world led not only to its translation into more than 250 languages but also its conversion to other formats such as theater , opera, cinema (animated) and numerous illustrated versions.

Some even proposed updating them according to the sensitivities of 21st century children . Companies such as Toshiba or Veolia Environment have taken the character as an emblem of their campaigns for environmental protection and the fight against tobacco, respectively.

Unpublished material from The Little Prince

Recently (in 2012) two unpublished pages of the original manuscript of the novel were found , practically illegible and placed between 1940 and 1941 by experts.

The first contains variants of chapters 17 and 19 , while the other introduces a character later discarded from the novel: a man on earth looking for a six-letter word that means “gargle.” The answer to the riddle is not found in the novel.

Relevance of The Little Prince 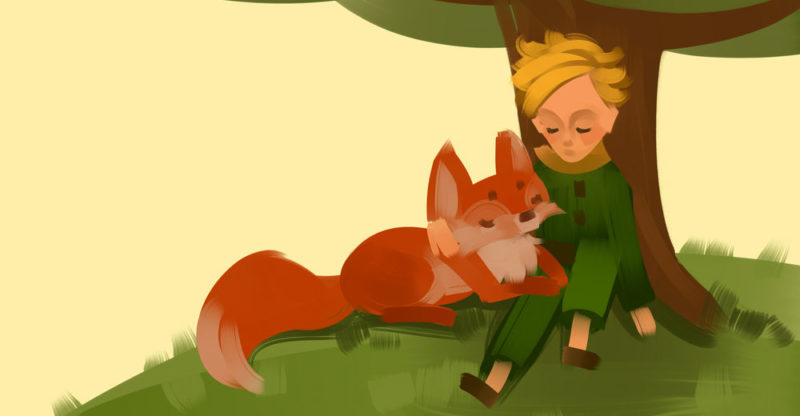 The Little Prince has a valuable teaching in the management of emotions.

The Little Prince is valued worldwide as a literary work for both children and adults.

This is due not only to the beauty of its history, full of poetic places and philosophical reflections, but to its value as an initiatory work and its teaching in the management of emotions and sentimental relationships.

Other works of the author