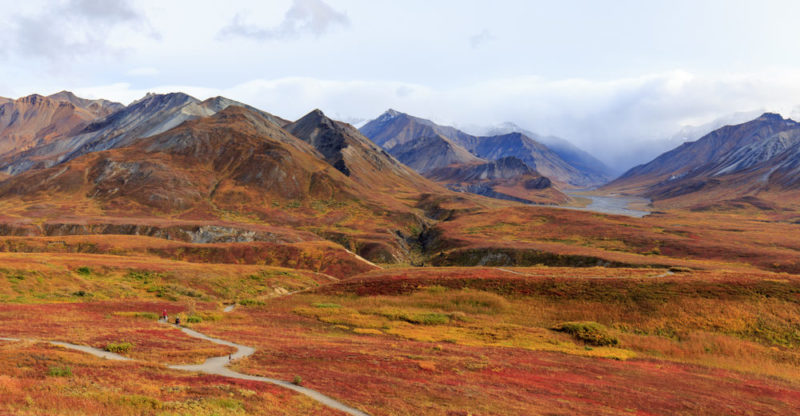 What is the Tundra?

Ecological importance of the tundra

Midnight sun on the tundra

Polar night in the tundra

Threats of the tundra

We explain what the tundra is, what the flora and fauna of this biome are like. Also, what are its general characteristics, climate and more.

What is the Tundra?

The tundra is a biome, that is, a set of ecosystems that despite being located in different geographical points share general characteristics in relation to the type of species (both plant and animal ) that predominate in them, as well as the type of climate and I usually.

The tundra landscape can seem relatively desert , since due to its low temperatures it houses little variety of plants, and generally no trees are observed. That is why its image is of immense plains.

This biome is found in areas close to the polar regions , where the ground freezes, but also in the great mountain peaks around the world. It covers a tenth of the land on the planet . 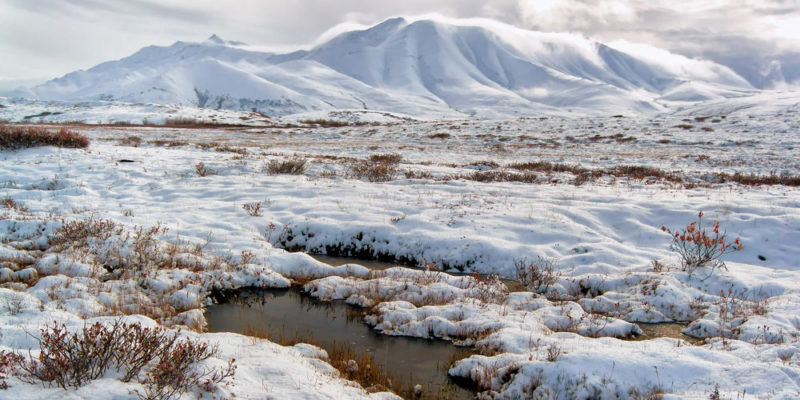 In the tundra, the surface of the ground is permanently frozen . This phenomenon is called permafrost. Freezing can continue to a greater or lesser depth depending on the air temperature . The soils of the tundra are usually gleys, a layer of soil that is soaked in water with high iron content , which gives it a greenish-gray color.

This means that although the soil has a large amount of water, it is not always available for consumption by plants and animals, and on the other hand, the inorganic contents of the soil make it less fertile. In some types of tundra, the ground surface thaws in summer. But the permafrost (the underground layers) remain frozen. 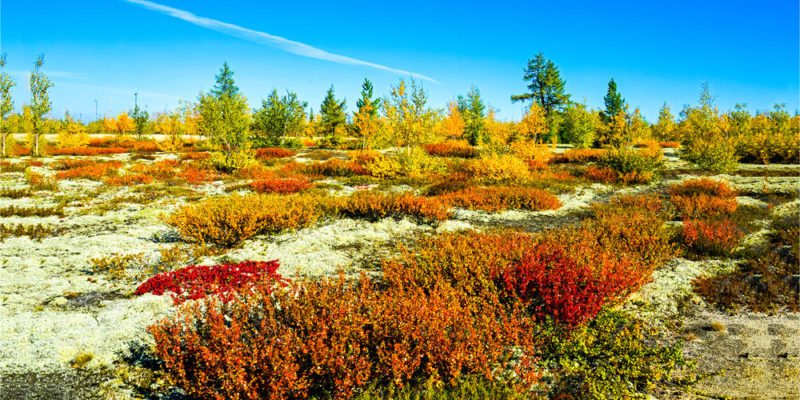 Up to 400 different species of flowering plants can be found in the tundra.

The most numerous plants in the tundra are shrubs, moss, and lichens . Mosses are specially adapted for this environment, since they measure a maximum of 10 centimeters above the ground, and therefore can withstand intense winds. In this ecosystem there are no trees, due to the low temperatures. However, up to 400 different species of flowering plants can be found.

As the soil is not very nutritious due to the lack of decomposition of organic materials , the vegetation grows “in patches”, that is, focused on specific areas where there is more water available and the minimum amount of necessary nutrients. 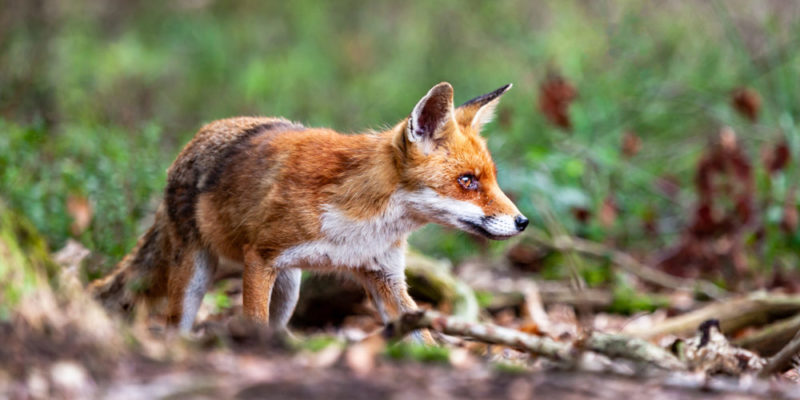 The fox is capable of tunneling in the ground or in the snow to protect itself.

The species of animals that live in the tundra have undergone adaptations to adapt to climatic conditions . Some of these adaptations are anatomical, for example, having a thick subcutaneous layer of fat to insulate them from the cold. Others are behavioral, for example, building tunnels in the ground or in the snow to protect themselves, such as foxes , or even looking in colder times, such as reindeer.

A variety of herbivorous animals are found in the tundra such as reindeer, hare, lemming, and musk ox. On the other hand, there are also carnivorous animals such as the white bear, the hawk, the owl and the wolf . 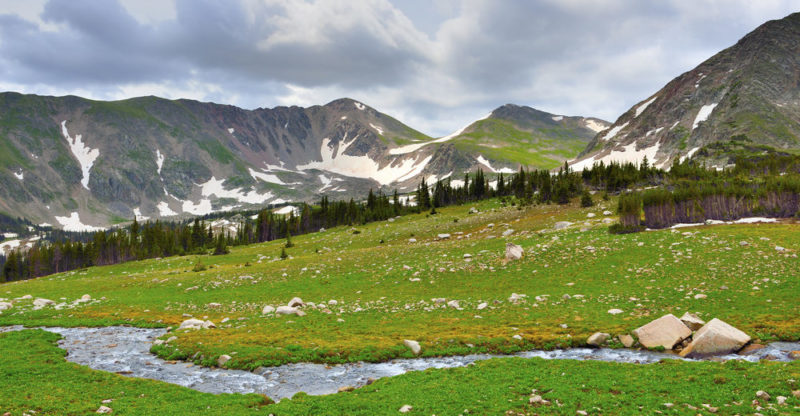 The alpine tundra is found at high altitude with low air pressure and strong winds.

There are three types of tundra in different geographic locations: 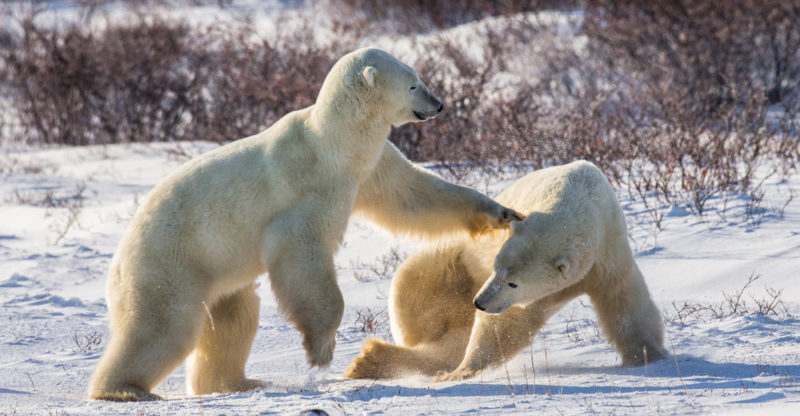 The average winter temperature on the tundra is 28 degrees below zero.

In all three types of tundra the winters are extremely cold , keeping the ground constantly frozen. The average winter temperature is 28 degrees below zero. However, summers are different in arctic and alpine tundra, in that there is more water available and biodiversity increases significantly . This is because the temperature can reach 10 degrees. For this reason, these ecosystems also attract migratory species during the summer.

Globally, the largest amount of carbon trapped in the soil is in the taiga and tundra biomes, in frozen soils. When the soil melts slightly, carbon is released , in the form of carbon dioxide .

Ecological importance of the tundra

Although the thawing of the surface is a natural effect when the temperature rises in summer, the large deposits of carbon are found in the permafrost , that is, in the lower layers that remain frozen. As long as the tundra remains frozen, the trapped carbon will not be polluting. In other words, the tundra protects the planet from the emission of carbon dioxide, which is one of the most toxic gases .

Midnight sun on the tundra 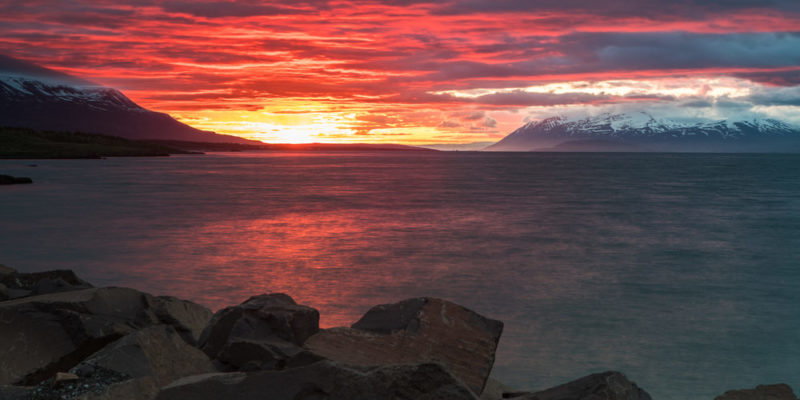 On the tundra, during the summer the sun stays above the horizon or barely sets.

In both Antarctic and Arctic tundra the phenomenon of the “midnight sun” occurs. Due to its proximity to the poles , in summer the sun remains on the horizon or barely sets, creating the phenomenon of white nights.

Polar night in the tundra

It is the opposite phenomenon to the midnight sun: during winter, in the areas near the poles the sun remains hidden for days or even months, increasing the night time the closer the area is to the pole. The absence of the sun is one of the factors that guarantees the freezing of the soil in the tundra.

Threats of the tundra 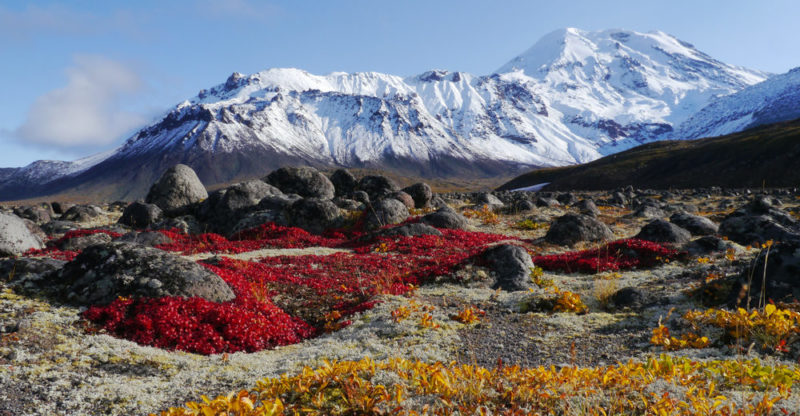 The main threat to this biome is global warming , since with the melting of the polar ice the tundra is also threatened , creating in turn the enormous threat of the release of the carbon it contains. In addition, the ozone layer is weakened in areas near the poles, leaving free passage for ultraviolet rays that damage it.

One of the species of the tundra, the lichen, is extremely sensitive to pollution , as it can only survive on large supplies of oxygen . This species is food for many tundra animals, meaning that pollution affects the entire ecosystem.