Turtle: What Is It, Types, Reproduction And Characteristics 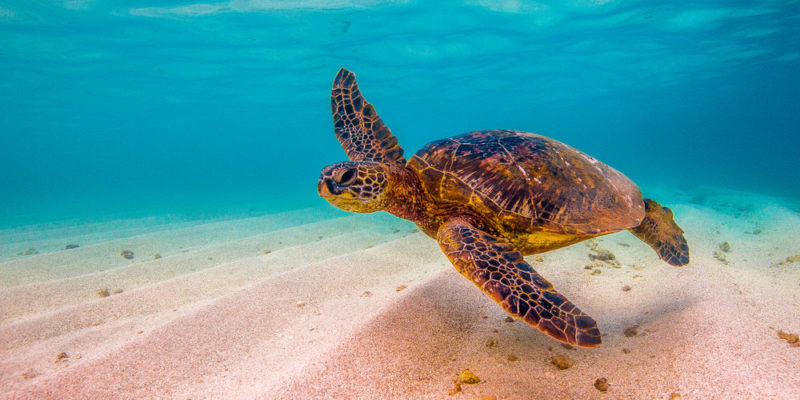 What is a turtle?

Where does the turtle live?

How does the turtle feed?

How does the turtle reproduce?

How long does the turtle live?

Its presence in culture

Conservation status of the turtle

We explain everything about turtles, the types that exist and where they live. Also, what are its characteristics, its reproduction and more.

What is a turtle?

Turtles or chelonians are an order of reptiles adapted to both marine and terrestrial life . Its most outstanding characteristic is its wide and short body, protected from the outside by a resistant convex shell. This shell is attached to your spine and is part of your skeleton.

There are about 356 species of turtles on planet Earth , living on land (on all continents except Antarctica ) or in marine or fresh waters. Of all of them, the natives of the Galapagos Islands are well known, for being giant tortoises that caught the attention of Charles Darwin himself during his visit to Ecuador .

Some turtles have been domesticated and serve as pets to humans , even if it is a slow animal , cold- blooded and somewhat dull temperament.

Turtles are one of the oldest known reptile groups .

The earliest species of tortoise is believed to have been the Odontochelys semistacea . It existed in South Asia during the Triassic period , 220 million years ago. He was of terrestrial habits.

Therefore, the marine life of certain turtles came millions of years later as a form of adaptation. 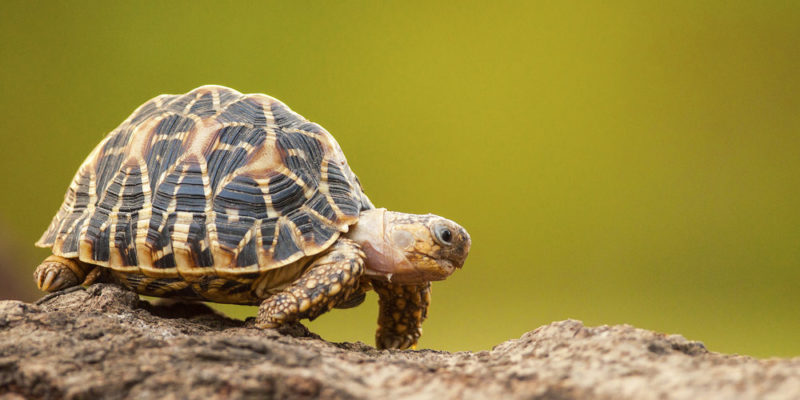 Tortoises have slow metabolisms and round bodies.

Turtles are generally classified based on their habitat, to which they are evolutionarily adapted.

Where does the turtle live?

Turtles have colonized both terrestrial, marine and freshwater habitats . It is possible to find species adapted to arid and desert climates , resisting the inclemency of the environment like a tank. They are also found on the seabed or on the shores of lakes and rivers , where they basically lead an amphibian life.

How does the turtle feed? 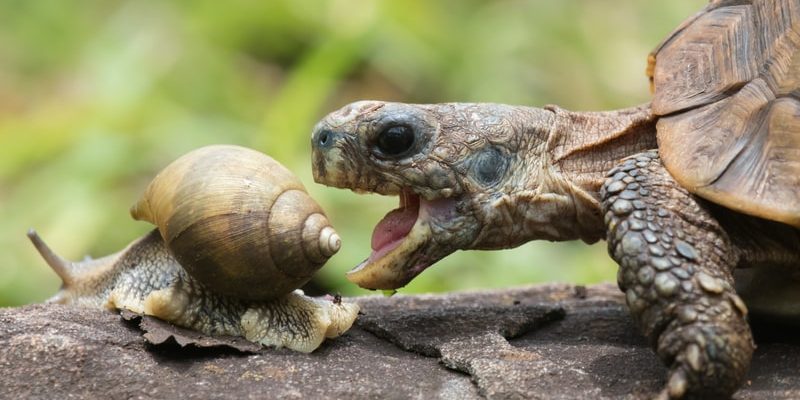 Turtles do not have teeth but they do have a leathery beak of great strength.

Their diet is fundamentally omnivorous , that is, they consume very diverse foods. The terrestrial ones are usually mainly vegetarian, eating leaves, stems, flowers, fungi and fruits, but also worms and insects . On the other hand, marine species feed on algae , corals, small mollusks or porifers.

Their absence of teeth makes them incapable of holding prey or tearing its flesh violently. Instead it has a leathery bill capable of enormous amounts of force and more akin to that of birds .

How does the turtle reproduce? 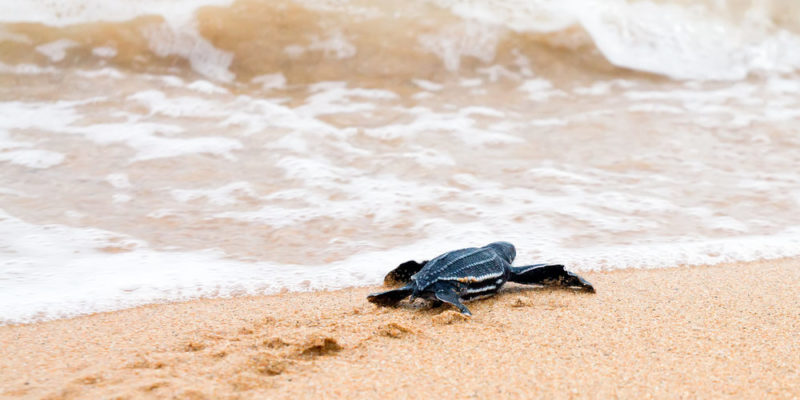 Turtles, like all reptiles, are oviparous , that is, they lay eggs . Fertilization occurs within the female, which the male mounts taking advantage of the concave curvature of her belly. Then the female digs a nest where she lays her eggs and then covers them to take advantage of the heat.

Sea turtles travel hundreds of kilometers according to complex migratory patterns , to go ashore to spawn on beaches. From the eggs emerge hatchlings that instinctively seek water.

They are cold-blooded animals , which require the sun to warm their bodies, so they tend to be exposed to it for long periods of time. In temperate climates, turtles hibernate to escape the cold, or migrate to other latitudes in the case of the marinas.

Generally, its attitude is slow, passive, with limited fighting capabilities , preferring rather to lock itself in its shell to flee from any form of aggression.

How long does the turtle live? 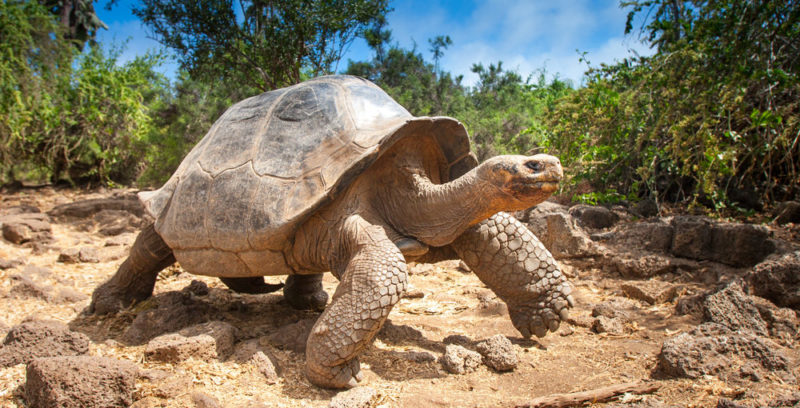 In addition to their large size, some Galapagos tortoises are over 100 years old.

Turtles are one of the longest-lived animals on Earth , with lifetimes of between 50 and 80 years, in some cases reaching 100. In fact, the oldest tortoise ever seen was native to the Galapagos Islands and died at the 175 years old. Her name was “Harriet.”

It is not uncommon to see a turtle with its shell injured or scarred, either by falls, blows or by attacks from other creatures. It can even see wounds on its legs , the only parts of its body that are mostly exposed.

In captivity, abnormal growing conditions may cause shell deformities . This is mainly observed in turtles trapped in plastic nets or other types of garbage for a very long time.

Other common diseases involve the birth of fungus in the shell , or its softening due to nutritional deficiencies in its diet. In addition, they are very vulnerable to respiratory diseases.

Its presence in culture 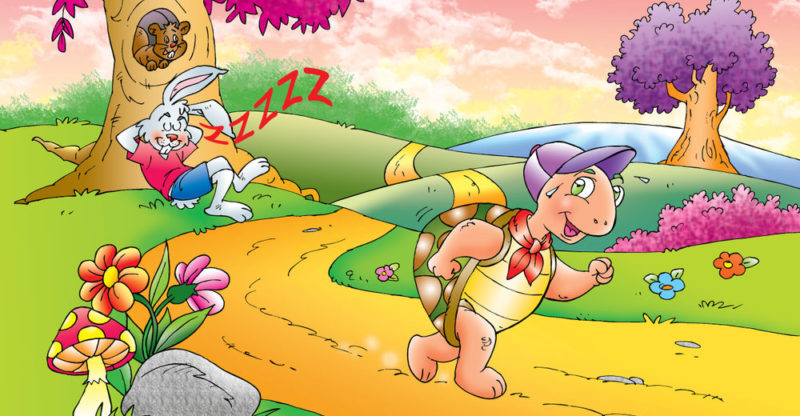 The turtle is present in fables, legends and myths.

The slow and passive pace of life of the tortoise has earned it in human cultures the consideration of being a wise, patient, tolerant animal . It is associated with the elderly, as well as vital serenity and Eastern religions (such as Buddhism or Zen).

He is the usual protagonist of fables and legends , in which he generally wins out of perseverance. It is also associated with the primordial, with the existence prior to the human being and with traditions.

Hindu myology represented the world as a flat disk supported by four elephants who, in turn, were standing on a gigantic tortoise. The Cheyenne and Mohawk tradition thought of it as the animal that sustains the Earth and in the Polynesian peoples it was the symbol of the Lord of the seas.

Conservation status of the turtle 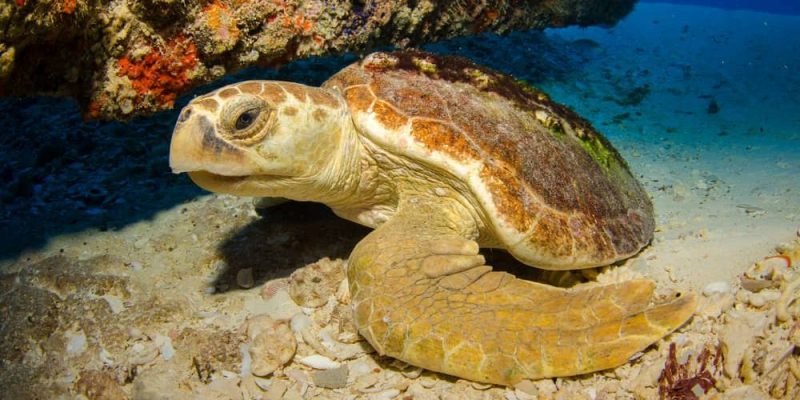 The loggerhead turtle is one of the endangered species.

Many species of turtles are on the brink of extinction due to the indiscriminate hunting of their adults (to eat their meat and use their shells as ornaments) or their eggs and young hatchlings.

Of the four suborders of turtles there are two extinct for various reasons (not all attributable to humans). Many other threatened species are under the protection of various international ecological bodies.

Among the protected species are the green turtle ( Chelonia mydas ), the hawksbill turtle ( Eretmochelys imbricata ) or the loggerhead or loggerhead turtle ( Caretta caretta ), among many others.