UN: What it is, Objectives, Member Countries and Characteristics 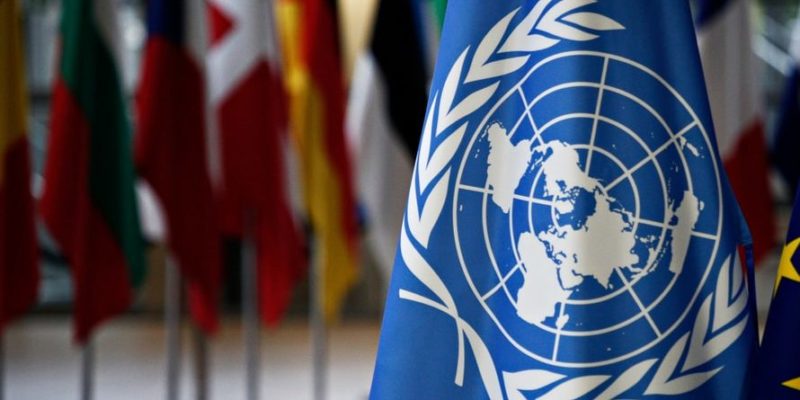 What is the UN?

When was the UN created?

Founding countries of the UN

Principal organs of the UN

What are the objectives of the UN?

What countries are part of the UN?

Why is the UN important?

Criticism of the UN

We explain what the UN is, its creation, and its main bodies. Also, what are its characteristics and the member countries?

What is the UN?

The United Nations or UN also called the United Nations (UN), is the largest and most important international organization on the planet. Most of the world’s recognized nations ascribe to it.

The UN has a complex and diverse organization, which allows it to focus the discussion on specific issues and aspects of international interest. It has the representation of the interested countries and the concert of nations, who may well offer themselves as impartial mediators or arbitrators.

Member countries turn to it to discuss and resolve various dilemmas that affect humanity as a whole. Through free voting systems, the need to take actions of any kind to solve any specific problem can be decided at the UN.

Its resolutions can range from issuing international requests whose compliance is more or less mandatory, to intervening through an international coalition (the “blue helmets” or Peace Forces) in some regions of the world, and so on.

When was the UN created? 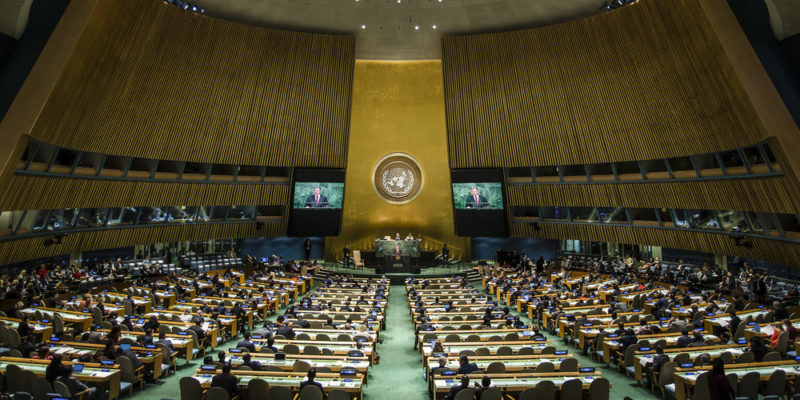 The UN seeks to prevent further military atrocities from occurring.

The UN was initially created in the United States in 1945. It was created through the “Charter of the United Nations” to which its 51 founding countries subscribed. Its objective was to advance in the construction of a model of world order that would prevent new military atrocities.

This international decision was a response to the massacres that occurred during the recently ended World World War II. To this end, the UN replaced the League of Nations, which had been founded in 1919 for the same purpose, but which was considered totally unsuccessful.

Founding countries of the UN

The 51 countries present at the founding of the UN were: 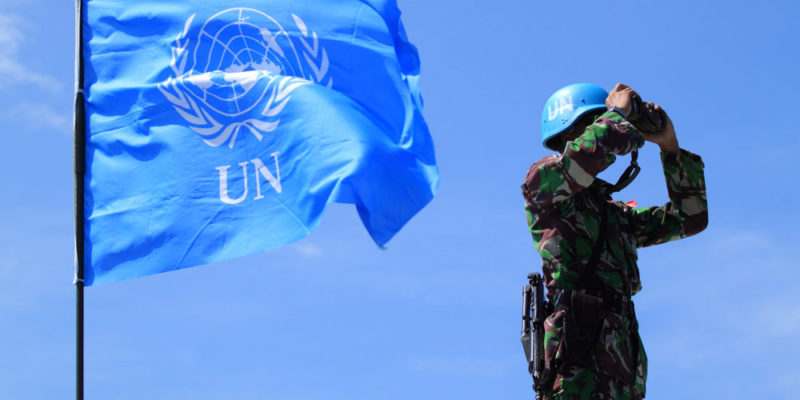 The UN has led numerous peacekeeping missions since 1991.

Since its inception, the UN has reformed its operations numerous times, as the global political landscape varies in complexity and needs. In this way, it keeps growing in acceptance, importance, and organization.

The UN has also been the object of possible criticism and accusations of partiality or impotence before the world powers that be. This has meant the creation of numerous internal organizations in charge of different aspects considered vital.

As a consequence, important international declarations have been made, such as the Universal Declaration of Human Rights (1948) or the Rights of the Child and the Adolescent (1959), among others.

Principal organs of the UN 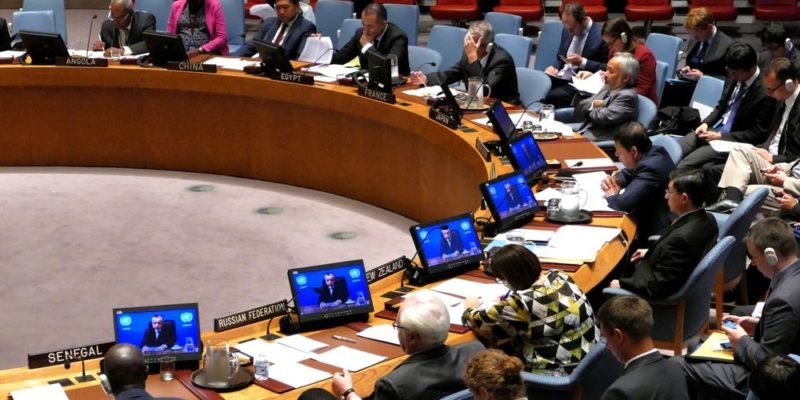 The Security Council is made up of 15 member countries.

What are the objectives of the UN?

The main objective of the UN is to prevent wars and mediate conflicts between nations politically and diplomatically. The other members of the world scene collaborate through opinions, suggestions, offers of help or demands, and organized multilateral pressure.

In addition, the UN is a world reference in the fight for Human Rights ( Human Rights ), through various educational, social, humanitarian, and military initiatives. It also has judicial courts for crimes against humanity or war crimes. 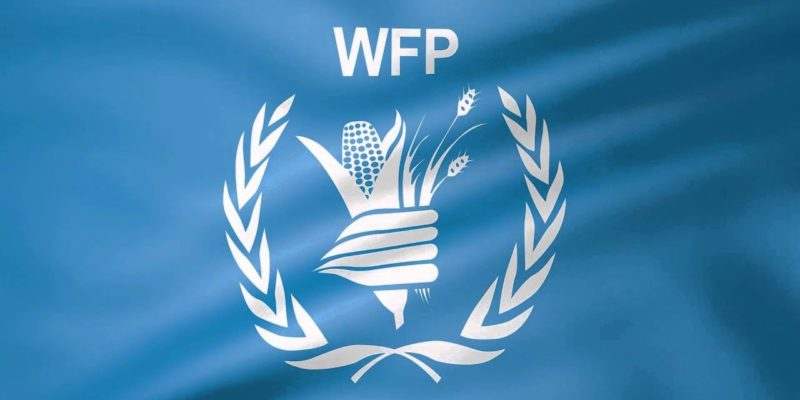 The World Food Program is dependent on the General Assembly.

The UN has a variety of specialized bodies, depending on both the General Assembly, the Economic and Social Council (ECOSOC), the General Secretariat, or the Security Council. They attend to specific, determining topics and situations. Some of them are:

What countries are part of the UN?

The UN is currently made up of 193 full member states, which are:

Why is the UN important? 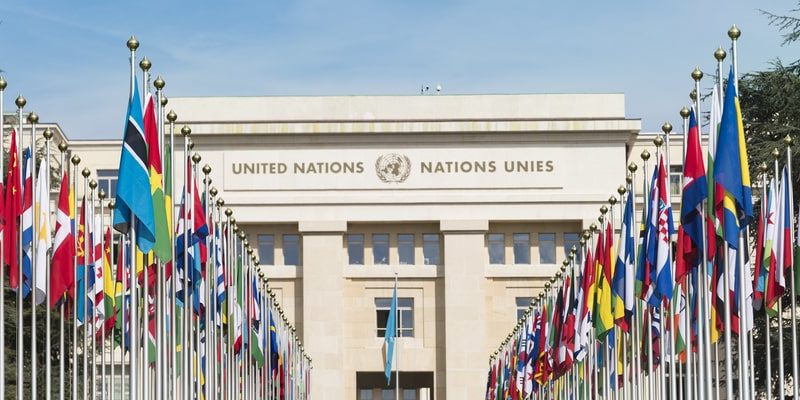 The UN provides funds to those most in need.

The presence of the UN offers the international scene the possibility of transparent and frontal mediation. This can be vital in preventing wars or resolving disputes institutionally, without allowing them to escalate to disaster.

The same occurs in the case of tragedies of natural origin, in which the UN can intervene to provide funds, provide aid or organize rescue assistance efforts. Finally, the UN provides funds to those most in need through educational scholarship plans, mobility support, etc.

Criticism of the UN

The UN has also been the object of much criticism, especially among its members who cannot agree on the role they want this institution to occupy. Some want it to constitute a true world government, while others prefer that it deal only with humanitarian affairs.

The rules of the game are not always equally clear to everyone. This has caused it to be perceived at the mercy of the most powerful of the member countries, especially those that make up the Security Council, to the detriment of the interests of the poor or those who are not even part of the organization.

The fact that the powerful countries have a permanent veto, for example, hinders any cause to go against their own interests. There is also no lack of accusations of ineffectiveness, waste, and corruption.