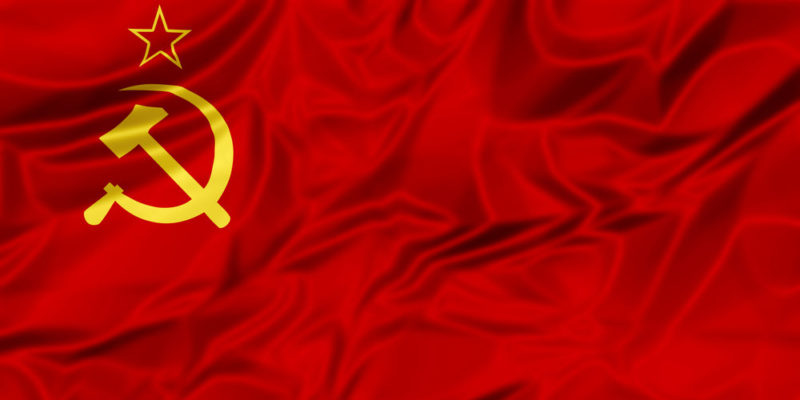 What was the USSR?

Countries that made up the USSR

History of the USSR

Symbols of the USSR

Economic characteristics of the USSR

Form of government of the USSR

The USSR during World War II

The USSR during the Cold War

Crisis and dissolution of the USSR

We explain what the USSR was, what its history was like, and the countries that made it up. Also, what are its characteristics, dissolution, and more?

What was the USSR?

The Union of Soviet Socialist Republics (USSR) was a federal court nation and a Marxist- Leninist system that existed between 1922 and 1991, a period during which it became one of the two most powerful countries in the world, in open opposition to the United States and its allies in Western Europe.

It was located in Eurasia, occupying the current territory of Russia, along with fifteen neighboring nations that joined the communist project born in the October Revolution of 1917, when the Russian tsarist regime collapsed and the Bolsheviks assumed power.

The territory of the Union ( Soyuz in Russian) covered an enormous area of 22,402,200 km 2 (in 1991) and enjoyed a marked influence on the governments of neighboring nations, many of which were true satellite states or Soviet protectorates.

Countries that made up the USSR 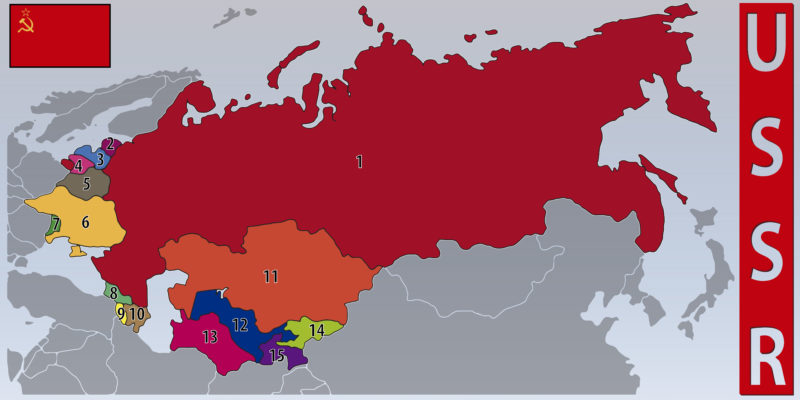 The USSR controlled the eastern region of Poland among other smaller territories.

The Union’s territory was vast, almost the same size as that of Imperial Russia at its peak . It was made up of the current nations of Russia, Ukraine, Belarus, Kazakhstan, Kyrgyzstan, Moldova, Turkmenistan, Tajikistan, Georgia, Armenia, Azerbaijan, Lithuania, Latvia, Estonia, and Uzbekistan.

It also controlled the eastern region of Poland (after dividing it with Nazi Germany in the Ribbentrop-Molotov pact), Bersabia and some other smaller neighboring territories.

History of the USSR 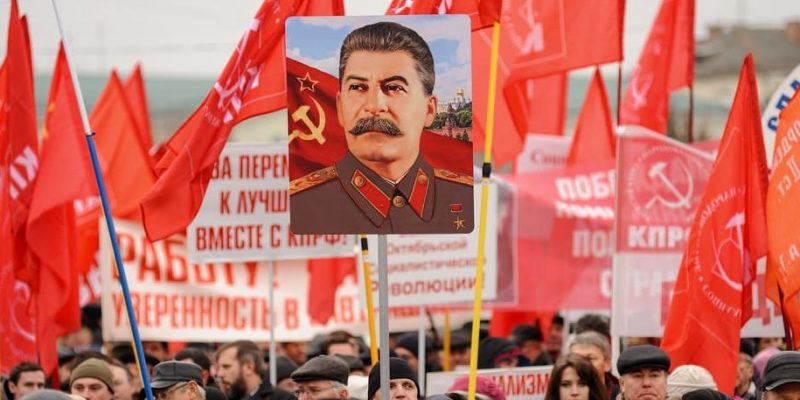 The new nation was recognized by the world under Stalin’s leadership.

The USSR emerged with the fall of Czarism and the rise to power of the Communists in Russia, which led to the founding of the Soviet state in 1922, although radical social, economic and political reforms had already begun five years earlier.

With Joseph Stalin at the head of the new one-party state appointed General Secretary of the Communist Party, the new nation was recognized by world powers and participated in both the defeat of Hitler’s Germany and Hiro Hito’s Japanese forces in WWII. World and imposed itself, along with the United States, as the greatest world power.

Since then, it has faced the capitalist powers of the West in a technological, political and economic war that led it to invest efforts in the promotion of communism in other countries (Cuba, Czechoslovakia, for example), in investing fortunes in the development of weapons. nuclear (the arms race) and in the exploration of outer space (the space race).

Symbols of the USSR 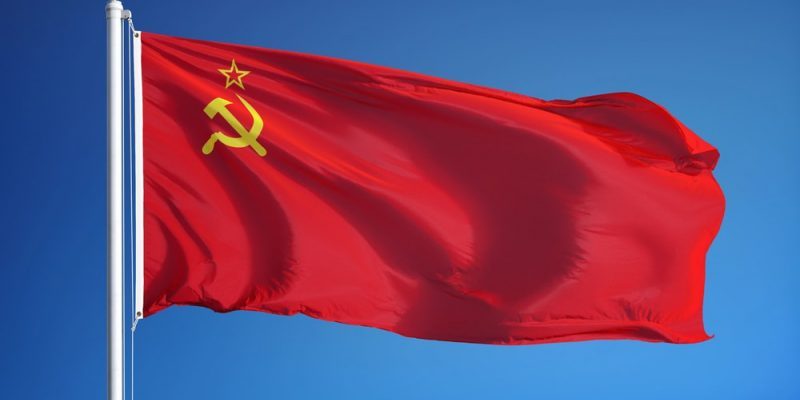 The republics that made up the USSR had their own flags.

The USSR was identified with an all-red flag with a yellow hammer and sickle, surmounted by a five-pointed star in its upper right corner. The republics that made up the USSR had their own flags that were versions of it.

On the other hand, the Soviet shield showed the hammer and sickle on a globe, surrounded by two groups of three ears of wheat, which embrace a red ribbon with the motto of the Union written in the different languages of its population.

The total population of the USSR was about 293 million people , with an average density of 13.1 inhabitants per km 2 . It was a highly ethnically diverse nation, with more than 100 distinct groups, but the predominant majorities were Russians (50.78%), Ukrainians (15.45%) and Uzbeks (5.84%).

Despite the fact that Soviet propaganda maintained for decades that there were no frictions between the nations that harmoniously made up the whole, there was a predominance in terms of Russian culture , language and bureaucracy .

This must have been compensated for by partial autonomy to the elites of each nation involved and led to the formation of nationalist elites who, once the Soviet bloc collapsed, reasserted their separate identity .

Economic characteristics of the USSR 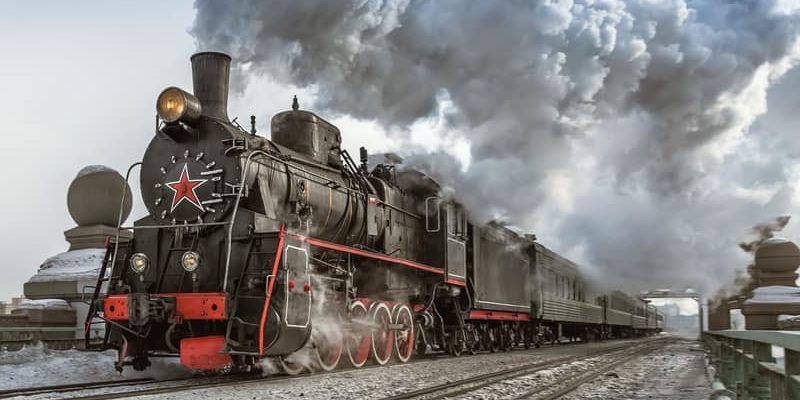 The war communism raised by the USSR nationalized the industry.

The USSR adopted the planned economy that fully controlled production and distribution from the government.

This implied a policy of “war communism”, which involved the nationalization of industry, the centralized distribution of production, the control of agriculture, and the attempt to abolish the circulation of money , private enterprise , and free trade.

This was followed by various plans for the forced collectivization of agriculture , together with rapid industrialization that was summarized in the formula “soviets + electricity ”.

At the beginning of the 1940s, its economy was practically self-sufficient, foreshadowing the world power that would be after World War II, despite the fact that the latter would leave the country in ruins.

The Soviet currency was the ruble and its investments were always decided by the political class. With unreliable Soviet statistics - difficult to discern from the regime’s propaganda - the political class announced sustained economic growth for decades.

However, it is considered that the USSR built a colossus of feet of clay , unable to sustain the rate of investment in foreign nations, in arms and scientific-technological projects that required competition with the United States and at the same time feed His town.

Form of government of the USSR

The Soviet government was tremendously centralist and ran the country from its capital in Moscow , despite the fact that it often had to cede relative autonomy to the national elites of non-Russian republics to maintain unity.

The nation was organized in soviets , workers ‘ and peasants ’ assemblies or councils that had served as the organizational base for the Russian Revolution against Tsarism.

There was a single party , the Communist Party, fully adhering to the social, economic and cultural guidelines of Marxism-Leninism, that is, to the dictatorship of the proletariat . This government was exercised based on three public powers:

The USSR during World War II 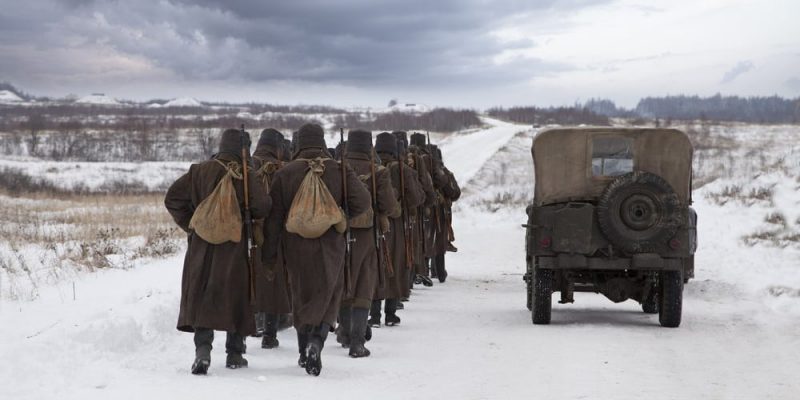 Soviet participation in the Second War was decisive and was due to Hitler’s violation of the non-aggression pact with which the USSR and the Third Reich divided Poland, in what the Nazis called “Operation Barbarossa” in 1941.

The advance of the German troops was brutal and costly for the Soviets , who managed to stop it a few months later with the arrival of winter.

On December 5, the German withdrawal began , which continued with the invasion of the Red Army of the territories conquered by Hitler until reaching Berlin.

The USSR during the Cold War

The Cold War between the USSR and the USA began with the fall of Nazi Germany and its division into two blocks (capitalist and communist) controlled by both powers.

As both countries occupied the political and economic vanguard of the world and after the fall of war-devastated Europe, the world was divided into two blocs: the Soviet and the capitalist, each one financed regimes at its convenience in the peripheral countries. . 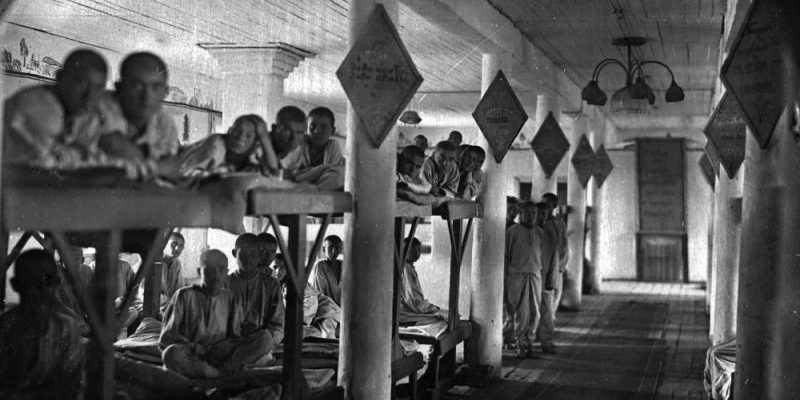 Soviet concentration camps sentenced the enemies of the state.

He was named to the labor camps organized across the country by the Soviet government to sentence opponents, enemies of the state, and criminals of all kinds, very in the style of the concentration camps of the Nazis.

Crisis and dissolution of the USSR

After the economic crisis that occurred in the 1980s, the USSR was unable to sustain the financing of its international allies and the technological-arms race.

This had a high political cost, which increased dissent and gave rise to various reformulations and restructuring plans, such as perestroika and glásnost, but nothing prevented the collapse of the regime in 1991 and the dissolution of the Union.